Mine Tour in New Jersey: Sterling Hill Mine Museum Review

New Jersey is an interesting state. It lies across the river from Manhattan and borders NY state. NJ, the Flower State, is known for the ‘Jersey Shore’ which is in the southern part of the state, suburbia, malls in the middle, and parks in the north. Personally, I think Northern Jersey is one of the most beautiful areas of the State, and I’m grateful that is where we visit my family. However, northern Jersey wasn’t full of attractions, so it was up to me to find out a fun, educational tour for my kids and me. And I found a mine tour, the Sterling Hill Mine Museum, here’s my full experience and review.

Years ago, when I visited Bolivia in South America, I took a tour of a mine in Potosi. It had a huge impact on me, as I had an inside look at one of the most dangerous jobs – into the world of miners.

During my search online, I stumbled upon the Sterling Hill Mine Tour. It was only about thirty minutes from my parent’s house and sounded interesting. Yet questionable, since I had no idea that Jersey even had mined.

When we arrived I discovered you can either come here to simply walk around the grounds and do several activities with the kids like mineral collecting, rock discovery, panning, and other fun.

Mine Tour in NJ

Boy was surprised about our visit

Surprise number 1 – the place was packed! Granted, it was the day after the 4th of July. But I was so impressed the amount of people visiting that our tour literally had to be split up into three (fairly large) groups.

The tour is to the museum! And you will literally miss 75% of this educational attraction by missing it. 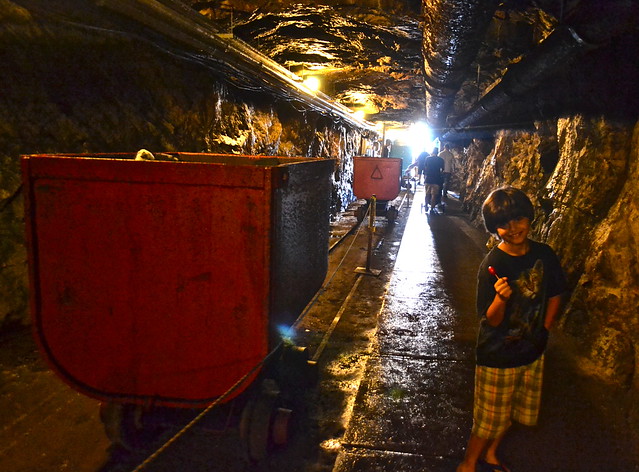 Surprise number 3 – When I asked how long is the tour, I got totally worried when the lady told me it would last two hours. With a three-year-old, two hours can seem like an eternity when doing a tour.

Surprise number 4 – New Jersey can get super hot during July. When we were there, the temperature got into the high 90s outdoors. We were dying of heat. However, the tour inside the mine got down to a chilly 56 degrees.

What You’ll See and Learn on the Tour

1. The Gallery – The tour begins in a large room with tons of rocks, minerals, miner’s locker rooms, fossils, and tons of other things. The miner (tour guide) sets us on a treasure hunt for twenty minutes and at the end, when everyone is ‘supposed’ to be finished it’s reviewed and we also learn interesting info about the different rocks, mines, and fossils that were found in the area. 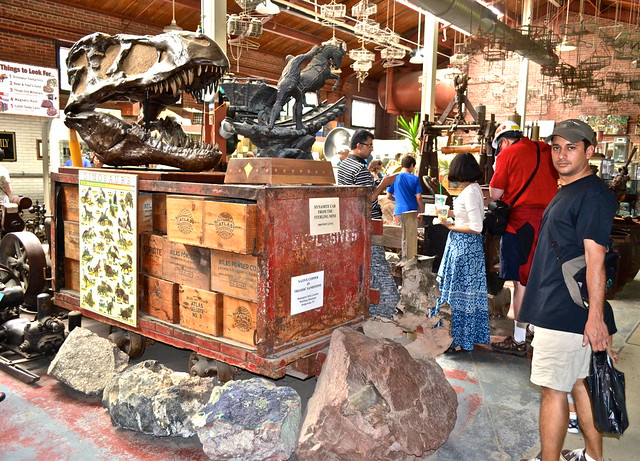 3. The Fluorescent Mineral rock room – some rocks glow in the dark. Bet you didn’t know that. It was a good way for the miners to know which different types of minerals they are looking for.

4. Tunnels and the workers– with the miner’s carts and shafts, all work stations as though it was happening right now.

Mining is one of the most dangerous, disrespected, and underrated jobs out there. When the mine was in full working order it mainly hired fresh immigrants that got off the boat at Ellis Island, with little English, few skills, and desperation.  They had jobs from blaster to rock pusher to all sorts of dangerous equipment handling.

5. Mining Shafts – this is where everything happened. Where all the rocks, minerals and precious metals, and stones were sent up after a day of work. This was also where the miners who got hurt would be evacuated from, and lots of other activities took place here.

6. The Entrance for the Miners – we entered another area of the mine. For us, the tour actually started in underground tunnels. A huge corridor-like area where it was said that miners got trapped (apparently a normal work hazard) and died.  Around mid-tour, we crossed over to the original mine and where the majority of the work when the mine was active took place. This was where they would enter to start their day six days a week. 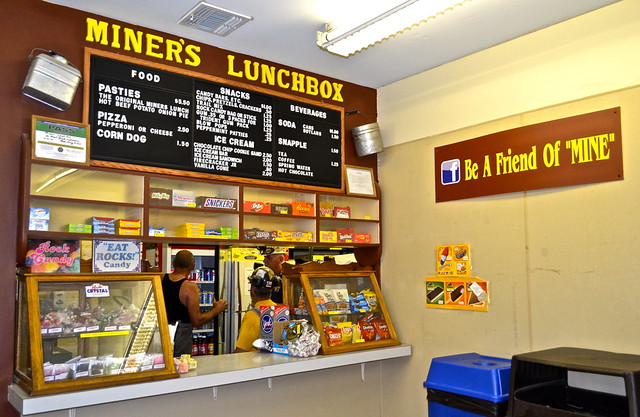 And my oldest, who is obsessed with rocks and crystals and metals lately, spent over one hour after the tour in the rock and mining shop afterward.

The mine has so many activities, tours, and educational programs that I would simply recommend taking the time to orient yourself with all that they have to offer.

What to Do with Kids in New Jersey – Mine Tour

24 thoughts on “Mine Tour in New Jersey: Sterling Hill Mine Museum Review”