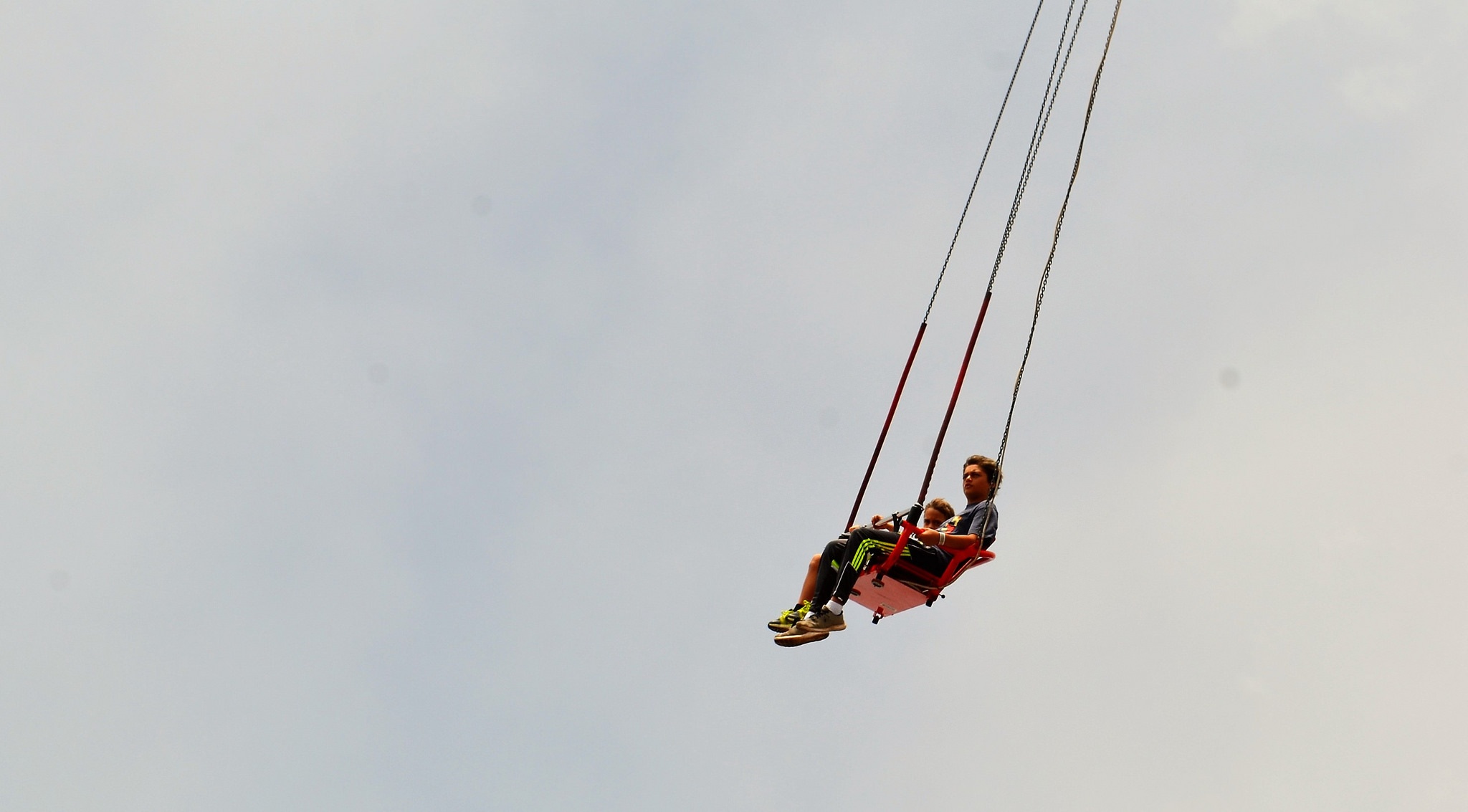 If you know anything about the recent history of the US you know that Coney Island and its boardwalk is the quintessential amusement park beach.

The actual boardwalk originally opened back in 1923, its official name is Riegelmann Boardwalk. Now, it is known for being home to one of the most famous boardwalk amusement parks in the country. With time, the amusement park was replaced by an equally popular and thrilling park called Luna Park.

It is also where the updated version of the famous Cyclone Rollercoaster stays. Trust me, it will take you for an insane spin.

If that doesn’t excite you about visiting the place you might get convinced by the fact that Coney Island is home to the original hot dog. This delicious snack was created by a man called Charles Feltman, who worked as a pie salesman for hotels. His clients kept asking him for sandwiches. So, he decided to put a small charcoal stove on his cart and started boiling single pork sausages and put them between a roll of bread.

At first, he called them “red hots” but changed the name eventually to “hot dogs.” 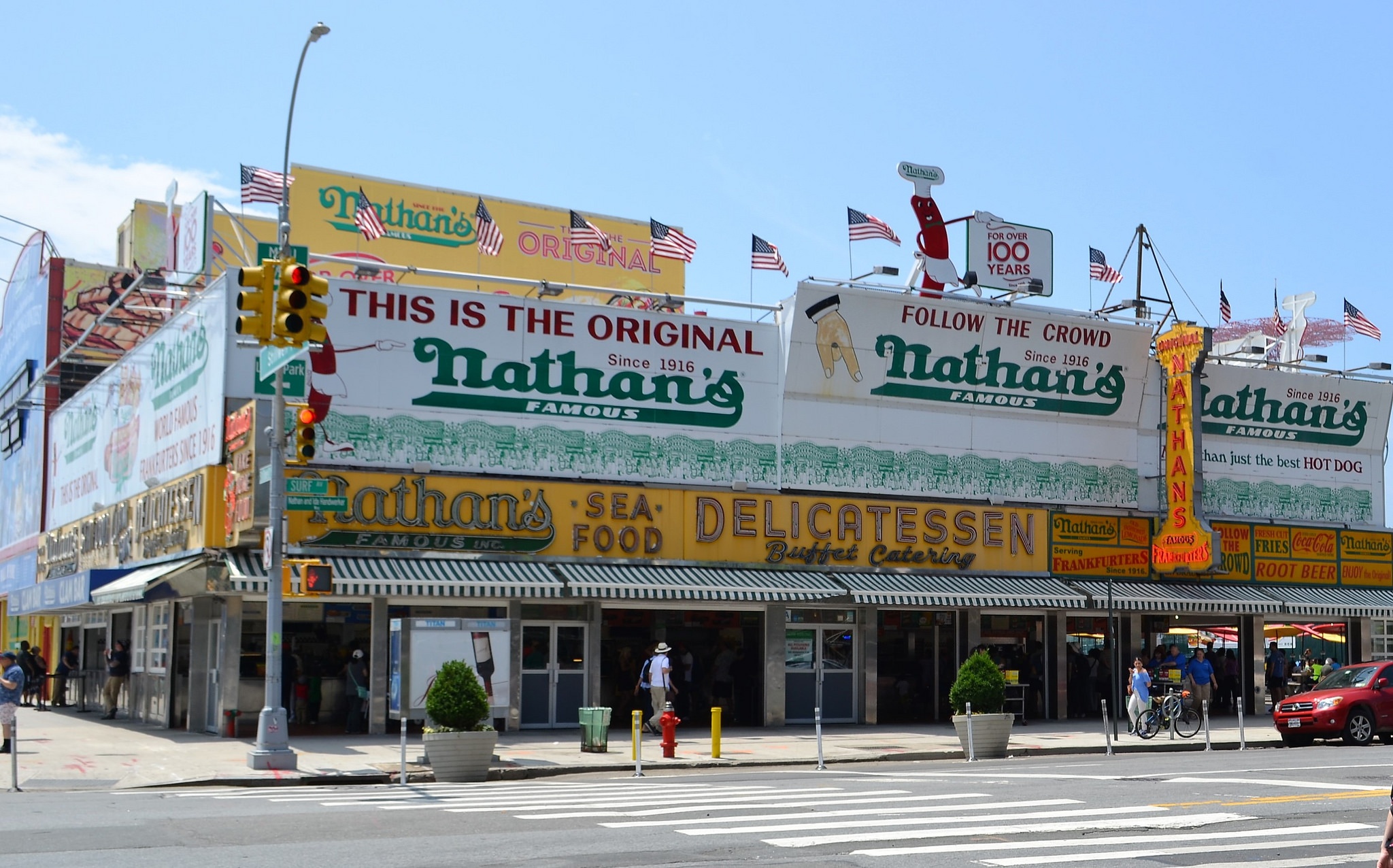 Then a few years later an employee of his called Nathan Handwerker decided to start a business of his own. That is the place we now know as Nathan’s Famous Hotdogs.

Furthermore, on May 15, 2018, on the 95th anniversary of the boardwalk’s opening, the Landmarks Preservation Commission designated the Riegelmann Boardwalk a city landmark.

When I was seven years old my parents took me for a visit to Coney Island. I remember that I got to ride all of the kiddie rides but not the roller coasters.

Almost 40 years later I finally took my sons to the park for them to learn a bit of US history in a fun way.

When we got there I noticed that there are now tons of great rides and several head-spinning, over-the-top thrill rides (at least for me).

Also, there is something about a historic, unique USA beach boardwalk park with all the US yummy fried foods and hot dogs that is definitely something that everyone needs to enjoy – at least once. 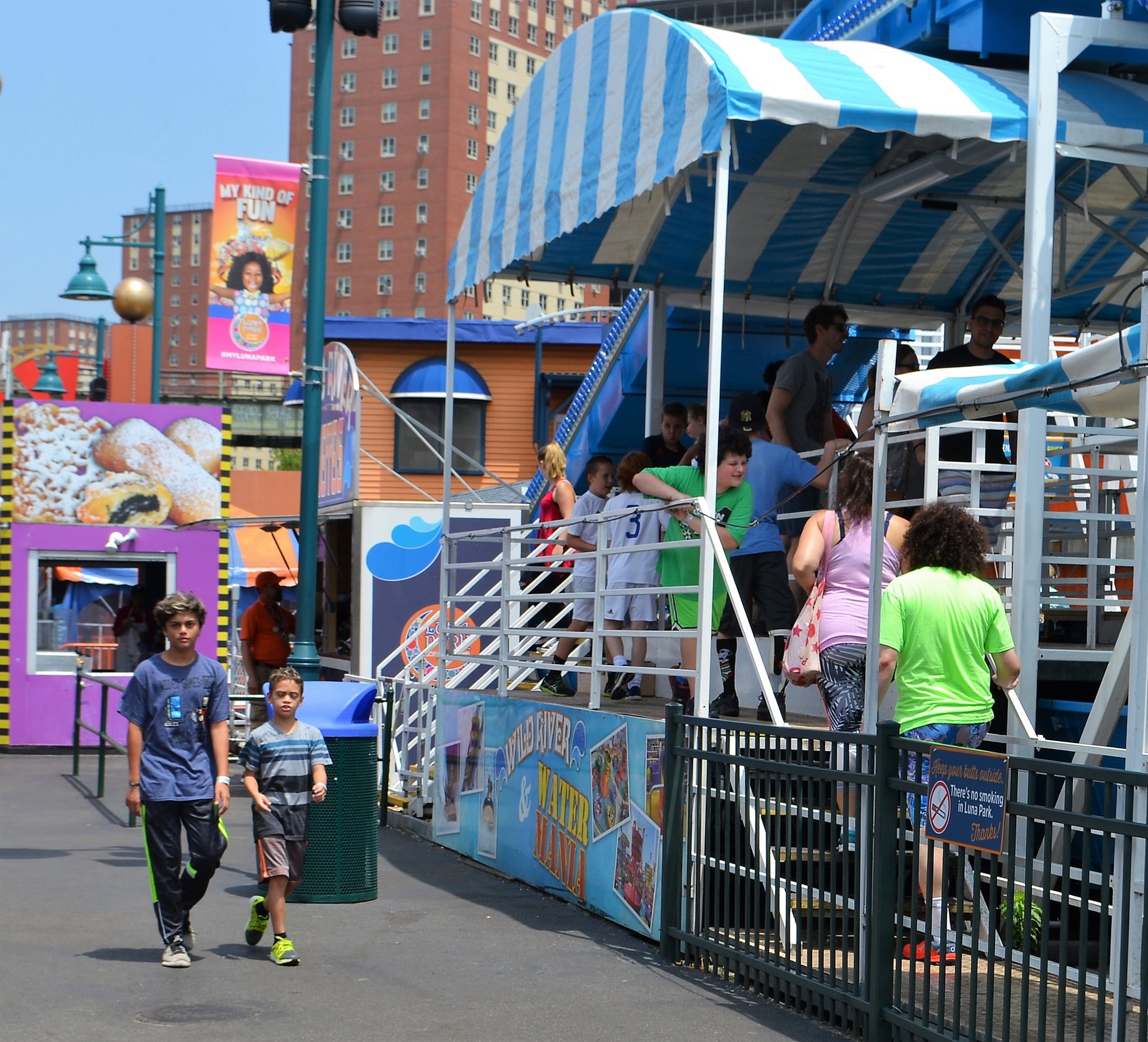 The best part is that my sons who are 8 and 14 were at the perfect age where they can enjoy most of the cool rides.

Recommendations and Conclusion About the Park

We arrived at the park around 11 a.m. it was still empty. So for a while, we enjoyed all of the fun without the lines.

Around 2 or 3 p.m. the crowds started to arrive and it started being too cramped for us. Luckily, by this time we had already been to all the rides and were enjoying a midday snack of funnel cake and hot dogs.

We were planning to go for round two and ride some of our favorite attractions again but the lines started to get long. So I told the kids it was time to enjoy the boardwalk.

An interesting thing I noticed is that the park has a lot of rides for all age groups. It isn’t a big deal to me now but when my sons were younger it was really difficult to find rides where 2 to 5-year-olds could go on and enjoy.

If you get to the park early you can do the entire park with almost no lines in around three hours. So do what we did, get the bracelet, enjoy the rides and by 2 pm you will be ready to get hot dogs, funnel cakes and other yummy stuff to eat.

Then, if you feel like it, you can come back for more rides in the afternoon. 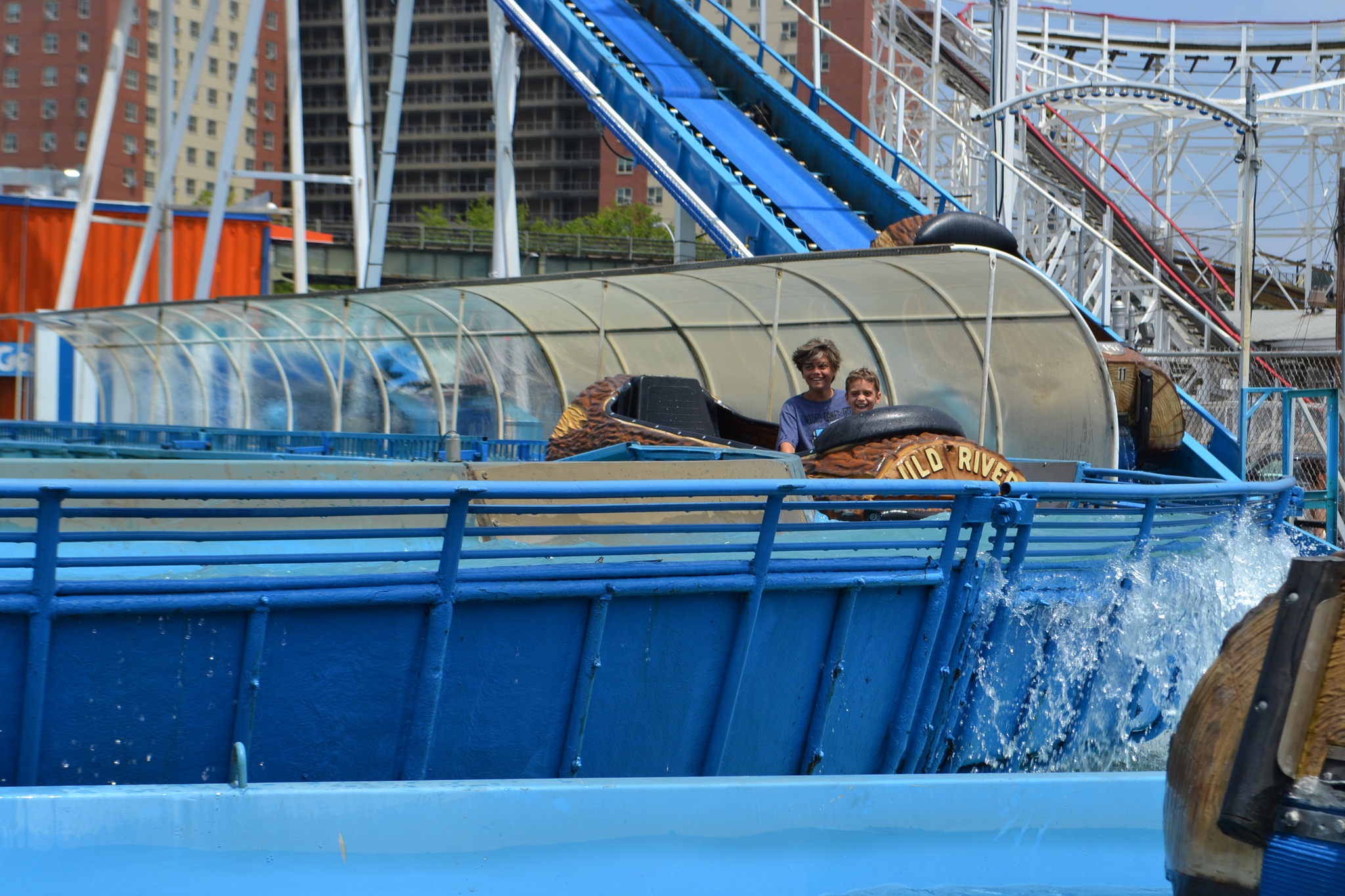 Pin it for later 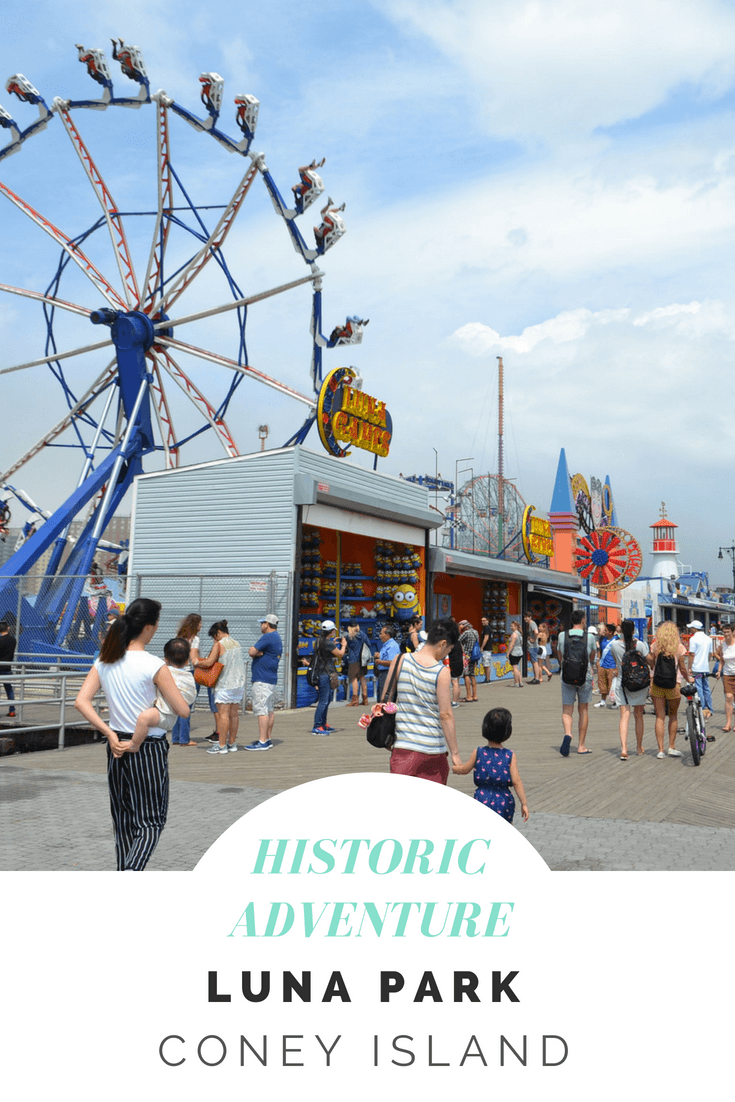