Internationally acclaimed for one of the world’s best Sail fishing. Thanks to the strong currents coming from the west to east from the Mexican coast and then turning back hitting the coast of El Salvador creating an enormous, naturally occurring eddy that is rich in bait and pelagic fish. Here, off the Pacific coast of Guatemala, is the largest Pacific Sailfish breeding ground in the world and one of the most fun things to do in Guatemala. Check out what’s like to do some sports fishing in Guatemala!

Come equipped with a great spin cast that every angler should have spincast reel as their staple. What can you catch while fishing in Guatemala?

You will be able to catch many species, but this is a list of some of the most common and desirable ones:

Guatemala was selected as one of Men’s Journal’s “100 Greatest Adventures” in the world especially for its sailfishing. Sailfish Bay’s program has been featured in Fortune (FSB), Men’s Journal, The Angling Report, Florida Sportsman, Gray’s, Surfer, Sporting Classics, Fly Fish America, Fish & Fly, Business Jet Traveler and many other top publications.

How to do this?

To enjoy some sport fishing in Guatemala, you will need to head over to the southern coast of Guatemala. To stay there, get either an Airbnb or stay at a large resort. Smaller hotels aren’t very good.

There are many companies in the country that are offering fishing tours, but some of the most recommended ones are Blue Bayou and Pacific Fins.

Cost of Sport Fishing in Guatemala

Prices for this kind of tour go from $1000 to $7000 per person, per package. It will depend on how many of you are going on the adventure, the size of the boat, and what amenities you might receive during the experience. Packages start at two days and one night.

So what are you waiting for, come fishing in Guatemala for a great adventure? There is clearly no shortage of action in these waters! 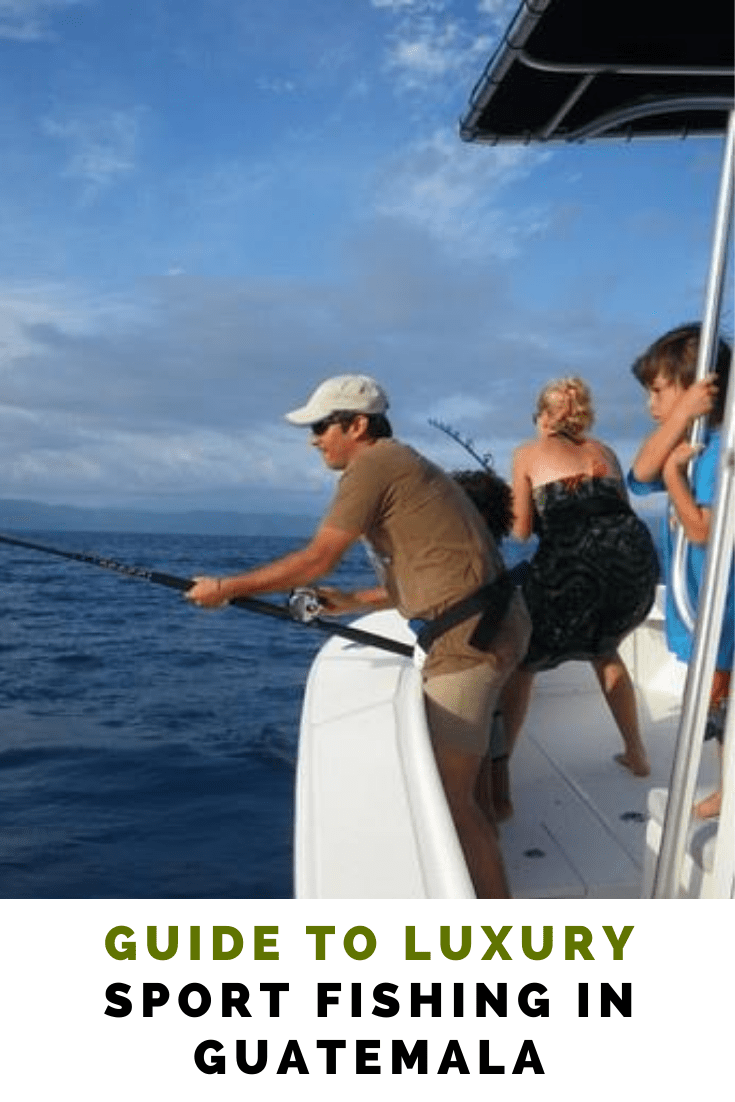 One thought on “Fishing in Guatemala: Luxury Guide to Sport Fishing”