Not very far from the Chhatarpur city of Madhya Pradesh, lies a group of temples known as the Khajuraho Temples. Despite being a pilgrimage site, the destination is not famous for devotion but for its architectural beauty. This site is considered the quintessential amalgamation of human imagination, history, architecture, heritage, culture, love and passion. Besides being the UNESCO World Heritage Site, it is considered one of the Wonders of India. Engulfed in historical myths, superstitions, creativity and architectural marvel, the Khajuraho temples depict the ancient art and architecture of India.Fun reasons to visit the ancient Khajuraho Temple in India, you will definitely want to Learn and go for a visit on Independence day. 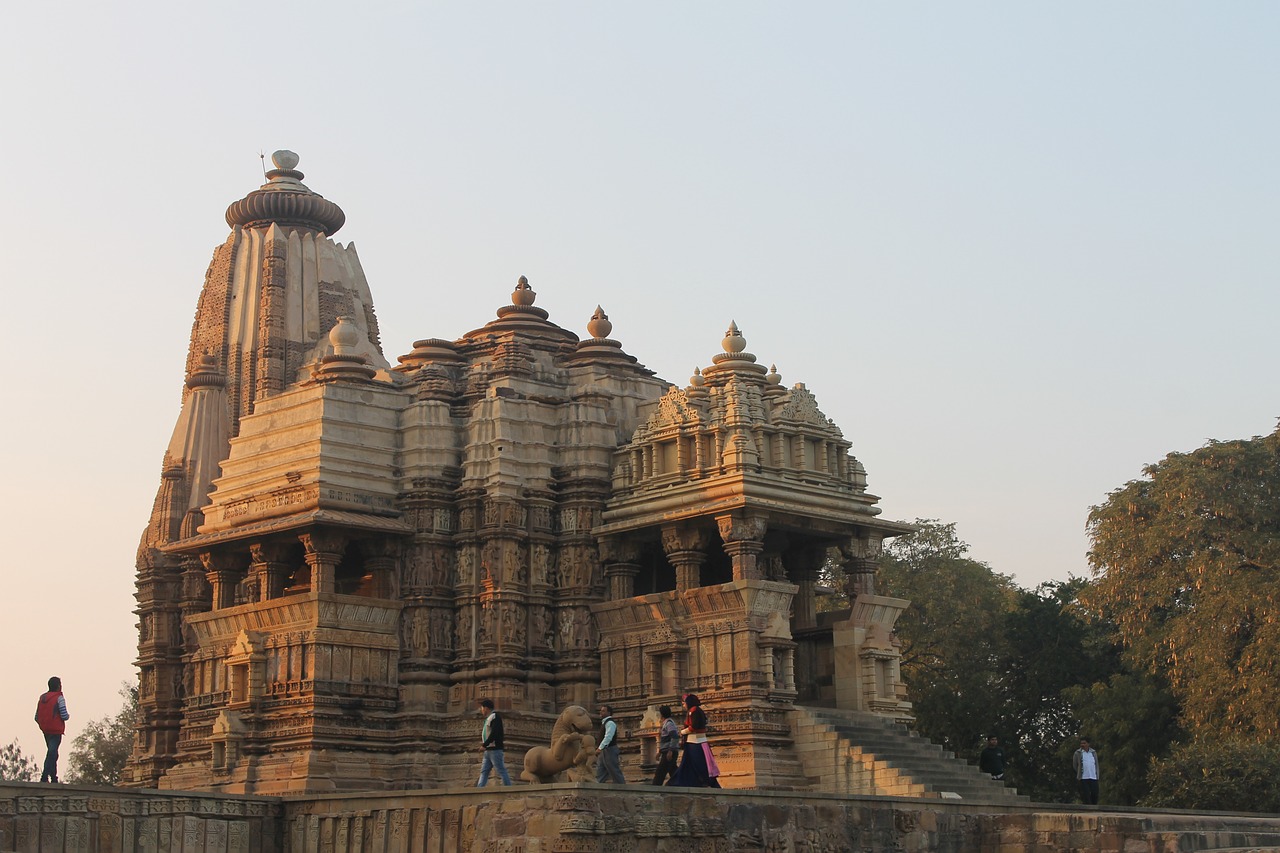 Visit Khajuraho Temple in India While Staying at The LaLit

Under the rule of the Chandela Dynasty, these temples were built between 950 AD and 1050 AD. Previously, there was a cluster of 85 Hindu and Jain temples. Today, only 25 of them stand tall. Many were damaged and broken when the Delhi Sultanate invaded the empire. Consequently, the temples were left ignored and with time, they were forgotten. Later, the temples were discovered by a British engineer, T.S. Burt.

The Khajuraho group of temples are divided into three sections: the Western, the Eastern and the Southern. Among these, the most renowned section is the Western complex. It is the largest of them all and best known for the magnificent Shaivite temple, Kandariya Mahadev. This vast structure is dedicated to the Hindu lord Shiva. The temple appears like a cave as he was reckoned to meditate in caves. Between 1003-1035 CE, when Khajuraho served as the capital of the Chandela kingdom, this temple was built under the reign of king Vidyadhara. Today, it stands as one of the most iconic Hindu temples in the world.

Visit Khajuraho this Independence Day and explore the erotic history of India. Stay at one of the finest hotels, The LaLiT Temple View Khajuraho and unwind in luxury. As part of its Independence Day Weekend Tour, the 5-star hotel has made arrangements for a flag hosting ceremony to reminisce the rich history of India. Staying at The LaLiT Temple View Khajuraho will benefit you further as they are offering accommodation for two with a host of benefits this Independence Day. For a warm start, welcome drinks on arrival and in-room seasonal fruit basket and complimentary assorted cookies are available. To help you celebrate the day further, they are following the Independence Day theme by adorning the restaurant with tri-colour decoration, balloons & ribbons. Moreover, the restaurants are offering a special five-course menu with a choice of vegetarian & non-vegetarian delicacies for dinner. Complimentary breakfast, lunch or dinner at Panna restaurant is also available. To make your day better, The LaLiT Temple View Khajuraho is offering a visit to Pandav waterfall, a natural wonder on day second followed by special candle light dinner as well. The 15% discount on spa, laundry, food & soft beverages, free Wi-Fi, both way airport & railway transfers and late checkout time are some of the other perks of staying at The LaLiT in the ‘Kamasutra Capital of India’ between 12th and 18th August 2019. So, what are you waiting for?