When learning about all the different places to visit in Key West, Sloppy Joe’s Bar is probably one of the most legendary and traditional of all.

Also, did you know that key west is called the conch republic? Yeah, and the reason is pretty cool!

When I contacted Sloppy Joe’s, they recommended if you come with kids it would be better to come for lunch, at night it turns more into a live music nightclub with food. (Note after 9:30pm customers must be 21 years old).

Finally, for the first time in years, I was able to say it will be an adult’s night out (our mini-honeymoon) and we can enjoy live music and drinks.

Sloppy Joe’s is located on the fun side of Duval Street. When I say fun, this is where all main action takes place like bars, restaurants, and tons of foot movement on the streets checking out all the shops. 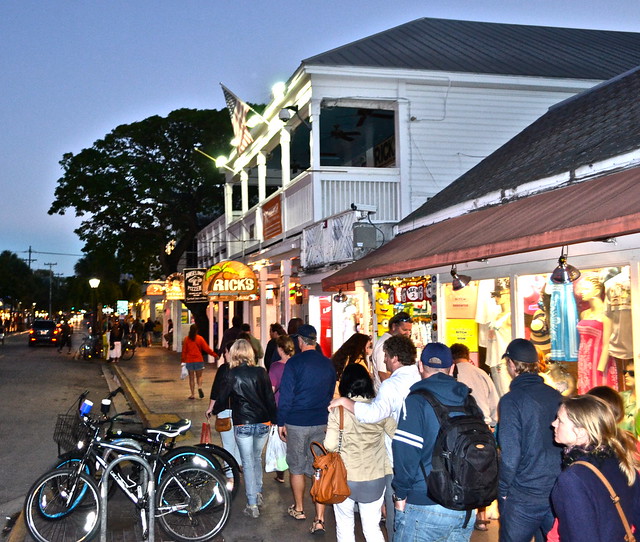 We arrived at the restaurant at 6 pm and it was PACKED! I was so surprised and excited. It says to seat yourselves, but with all the commotion, I asked for help from the staff, and they put us right in front of the stage. That evening it was a live music act by Pete and Wayne, which seemed to be a tradition in itself. They have been performing here for almost twenty years. 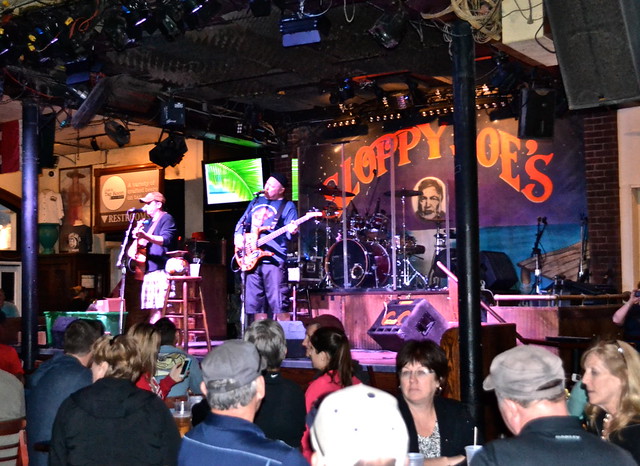 Maybe I don’t get out much, but they were so much fun! Their skits and songs were ingenious and racy. Exactly what I needed.

When planning to come to Sloppy Joe’s, allot several hours. This is not the type of place to eat and run. And if they have a good action going on, you probably want to spend the full night there. 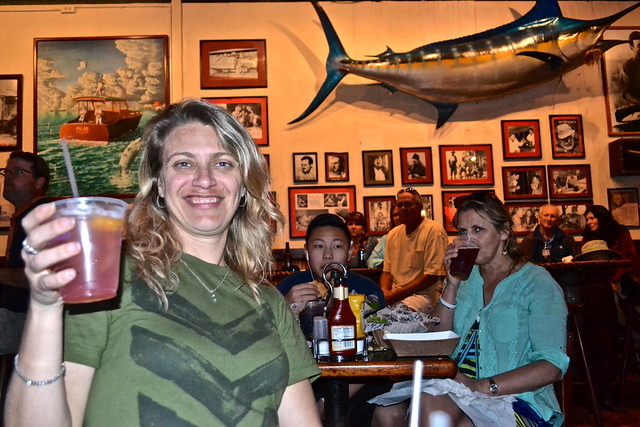 Even though they are best known for their Sloppy Joe sandwiches, which Ernest Hemingway recommended naming the place after, you don’t really come here to eat. 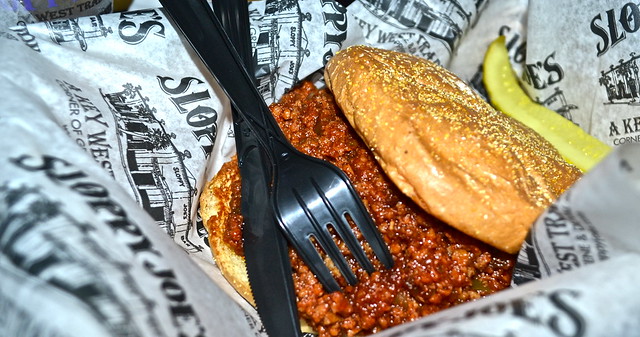 You come here for the yummy drinks and a great atmosphere. 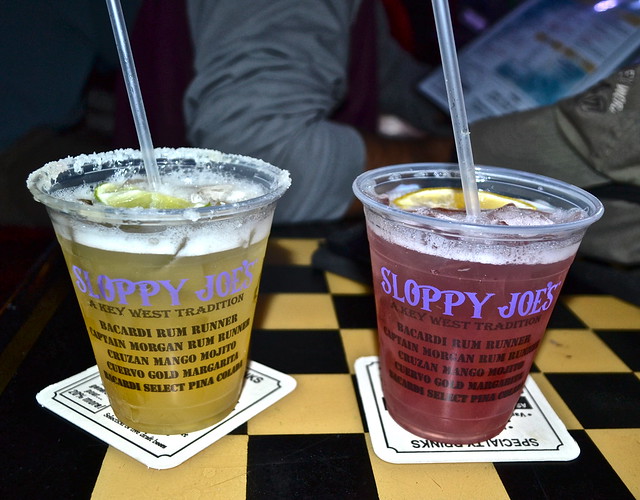 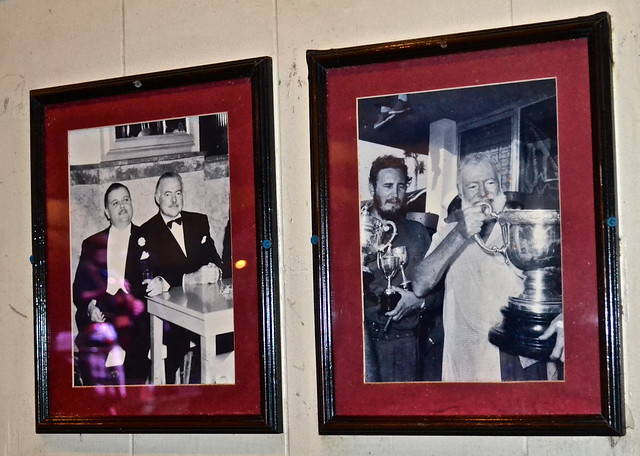 No reservations are taken, tables first come basis. You will always find a spot inside either by the bar, tables or standing room at the back of the restaurant. 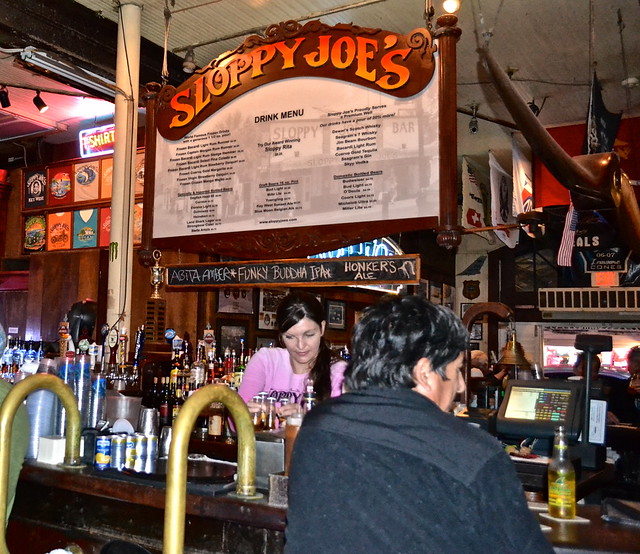 If you only have a couple of nights to spend in Key West, make sure Sloppy Joe’s is on your list of priorities.