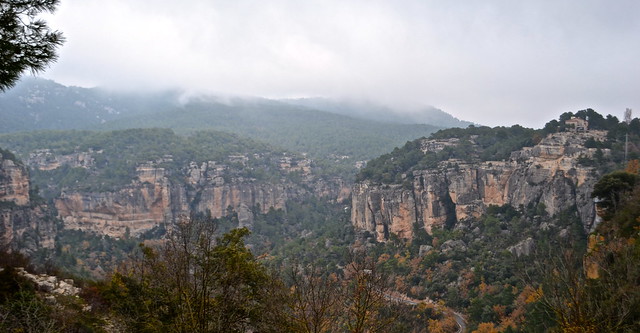 Arriving to Siurana, Spain’s climbing heaven was the same as arriving in Mecca for my husband. He wasn’t the only one drawn to this place. Within three minutes of our arrival and check-in into our Siurana Camping Mobile Home, the owners told us that Sasha Gerzha, one of the world’s champions of climbing, is in the bungalow right behind us.

Another ten minutes later we bump into Dahlia Ojeda, in the cafeteria of the camping grounds.

These names may not mean much to people outside of the climbing world. However, they hold the same weight as, let’s say, meeting Shaun White on the slopes while snowboarding, or Kelly Slater while surfing.

For a climber like my husband, he couldn’t remove his smile off his face. The very fact that he was about to climb the same routes as these top climbers of the world was too much for him to handle.

And this is the day life of Siurana, or as my hubby nicknamed it – The Hollywood of Climbing.

However, the main difference with tinsel towners and climbers was there were no pretensions or egos. Everyone was here to truly appreciate the gift of mother nature – the rock. And Siurana is without a doubt the place for it.

Siurana Camping, after doing a lot of research for the best spot for families, won the price. Sure we can stay in hotels. However, you don’t come to this part of the world to be locked up in a typical hotel room. You to become part of nature.

And the mobile home was so much fun. I’ve never stayed in a mobile home before. And from what I imagined, it would be small and cramped. So, much to my amazement, it was so spacious.

Related Read: 5 Most Difficult Sport Climbing Routes in the World 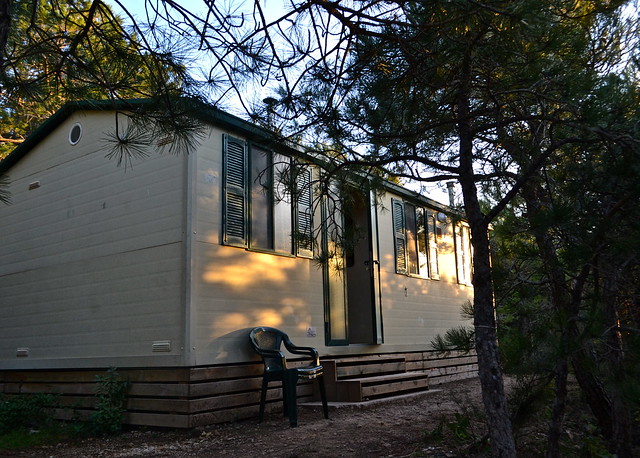 Our trailer had two bedrooms. The master bedroom with a queen sized bed and closet. 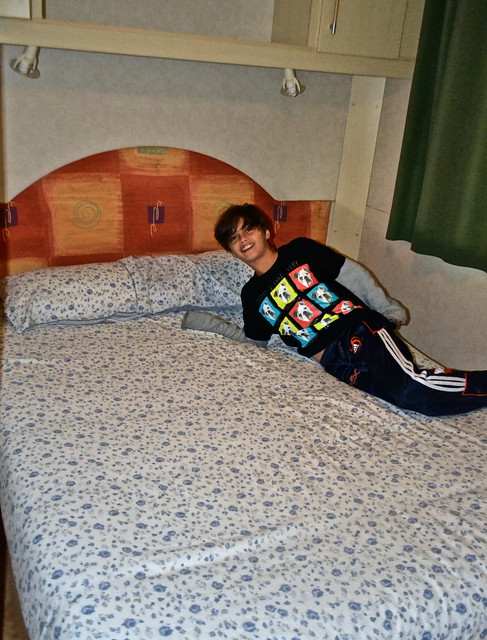 And the kids room, which was a bunk bed and two side beds, plus closet space. 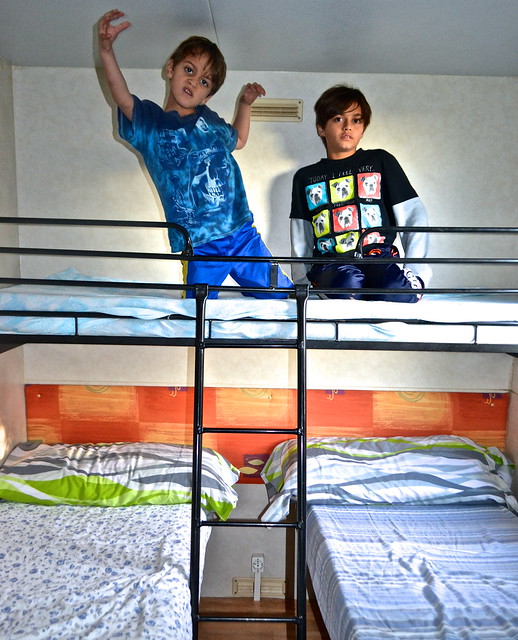 In the middle was a decent-sized living/dining room area with a full kitchen including a large fridge and microwave.

The kitchen also came stocked with all the dishes and pots and pans you can use. As a matter of fact, after staying in many apartments during our trip, this mobile home had more kitchen supplies than regular apartments. 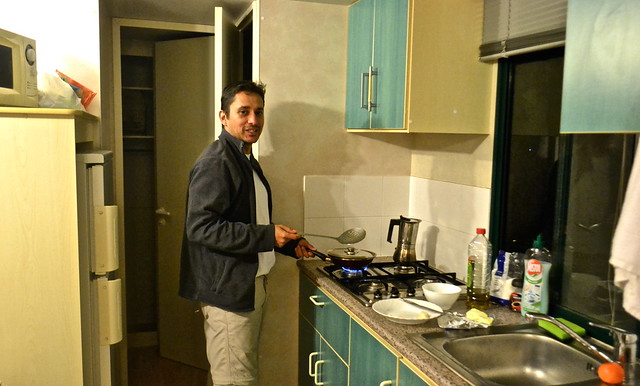 The shower, which I dreaded, turned out to be spacey, with great water pressure.

And the best part, since we arrived to Siruana in December and the temperatures could get to zero at night, was the heater. This made everything so cozy and so warm.

The owner, Antonio Arbones, arrived to Siurana almost thirty years ago.  Back when there was nothing here at all, and never left. Since then he was responsible for the majority of the major routes, projects as climbers call them, for all levels. He is also the main author of the climbing guide for this area, which is similar to a Lonely Planet for the backpacker.

He opened up the camping site, which is much more than camping with mobile homes, bungalows, dorm rooms and a great restaurant serving local Catalan styled dishes, with his parents that are still fully involved over twelve years ago.

And for extra fun, whenever it rains or snows, which is hardly ever, but climbers need to be constantly climbing (or so I’m told by my husband) he built an indoor climbing wall. But this wasn’t your typical climbing wall, he built it along with his buddies Chris Sharma and Adam Ondra – literally the best climbers in the entire world. 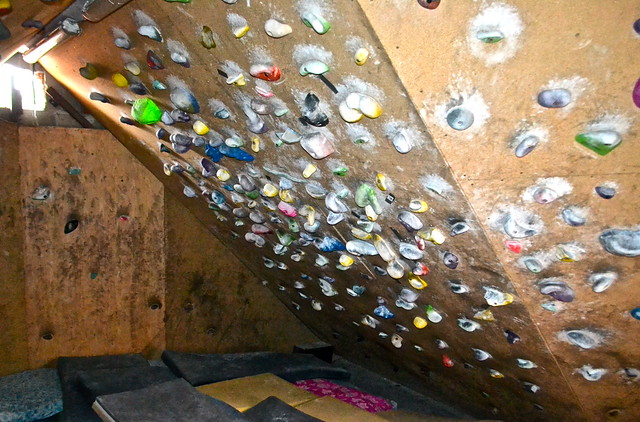 Magically enough, one of the days we were there was a bit of a mist, which is dangerous for climbing due to slippage, so my husband and kids got a chance to enjoy it. 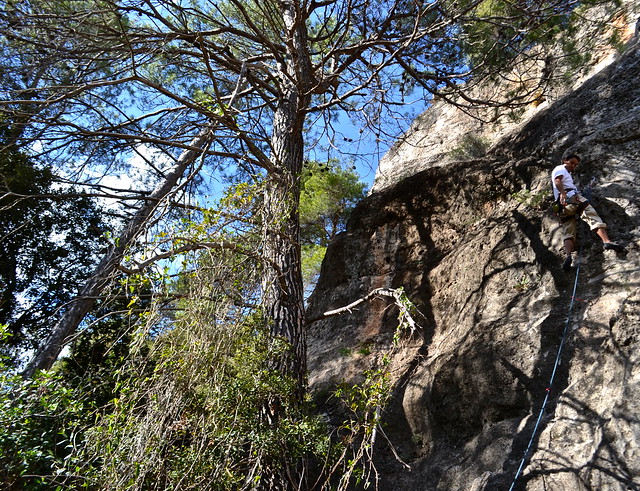 When I was in my 20’s I was a skier. I was almost pro. During my ski era I visited and lived in many ski towns where everyone there were full-on skiers, and everything you can possibly think of revolved around skiers. Skiing equipment for sale everywhere, all the restaurants and cafes had ski magazines, books, and videos on all the time. Everyone dressed in ski outfits and snow boots, ski boots or snowboarding boots.

When we arrived to Cornudella, the closest town to Siurana’s climbing, all we saw were climbers. People with their magnesium baggies and climbing shoes and ropes and all the other accessories one can think of hanging off of everyone. My husband said he finally feels he fits in.

This mid-ages town, with cobblestones and beautiful stoned buildings, was fully occupied by climbers. Like skiers who come and stay for ski seasons, the climbers were here for the same reason. Unlike skiing, climbing seasons are almost year-long in this area.

And for good reason, I know very little about climbing, but even I was in awe when we hiked to some of the more moderate routes. 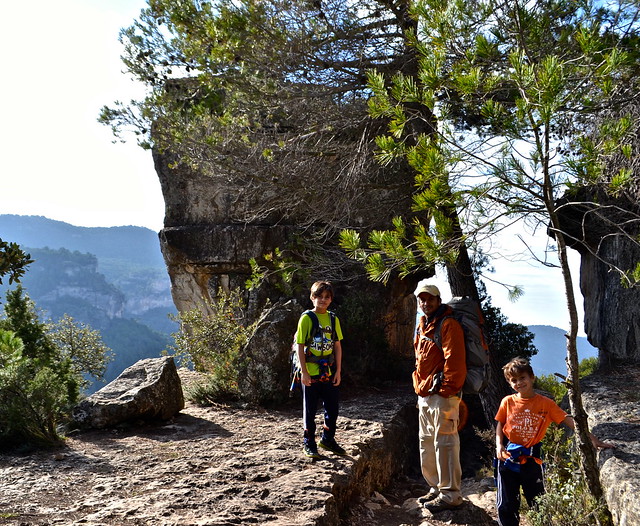 There are over 900 routes to be tried here, this could literally be a lifelong stay since it can take anywhere from one day to three years to do a route, depending on the level of it.

And, climbers are also really into slacklining. With my husband preparing himself and the kids for our upcoming trip here, he was showing the boys videos day and night about climbing and slacklining, which is used to practice the mind. And, if anyone’s ever seen slacklining videos, there are always some crazies that put a slack line on one boulder with a huge canyon between for the other one. 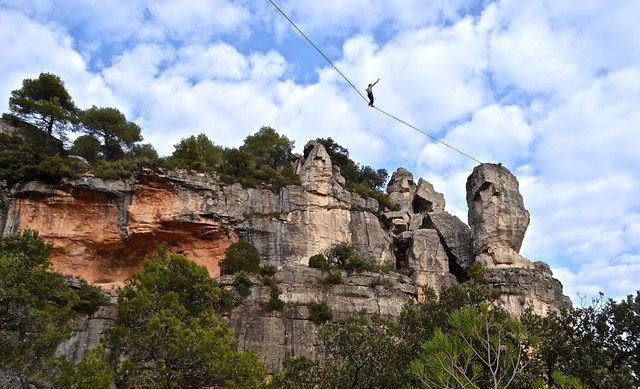 Well, guess what, when we hiked to one of the climbing spots, we discovered where the videos are done. Right in front of us. It was one of the most beautiful sights. With the huge rock as the background to a guy walking the line 100 feet up in the air.

My husband stuck to the moderate routes, ones that could challenge him but really push our kids forward.

My boys were loving life and my five-year-old climbed walls that were over 120 feet high. 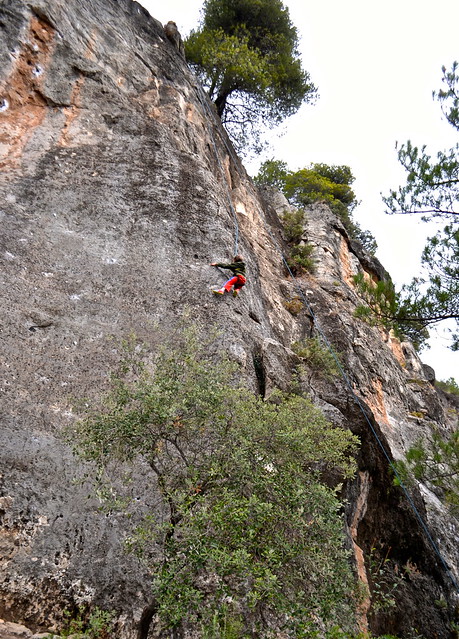 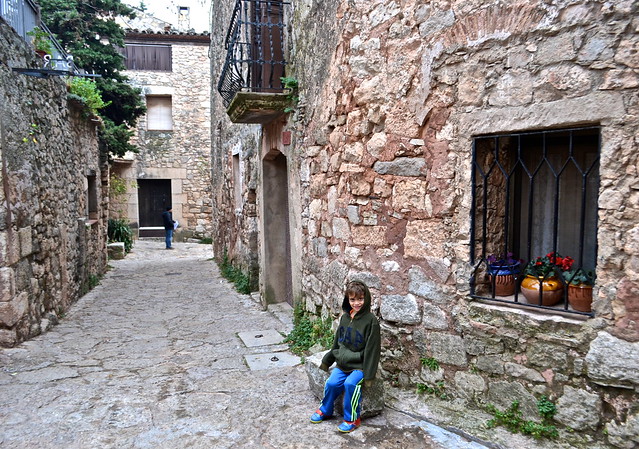 About a ten minute walk from the camping site sites a medieval stone town, Siurana. The whole town is about three blocks squared and is perfectly preserved from when the Arabs and Christians stayed here over ten centuries ago.

We absolutely fell in love with this quaint, gorgeous place.

But be careful, the original fort is still here and back then they obviously didn’t think of kid-friendly anything, because you can literally fall to your death. 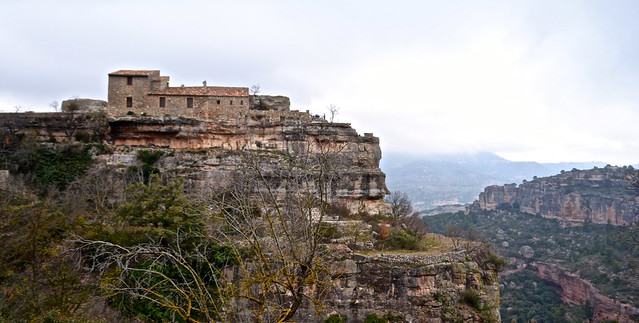 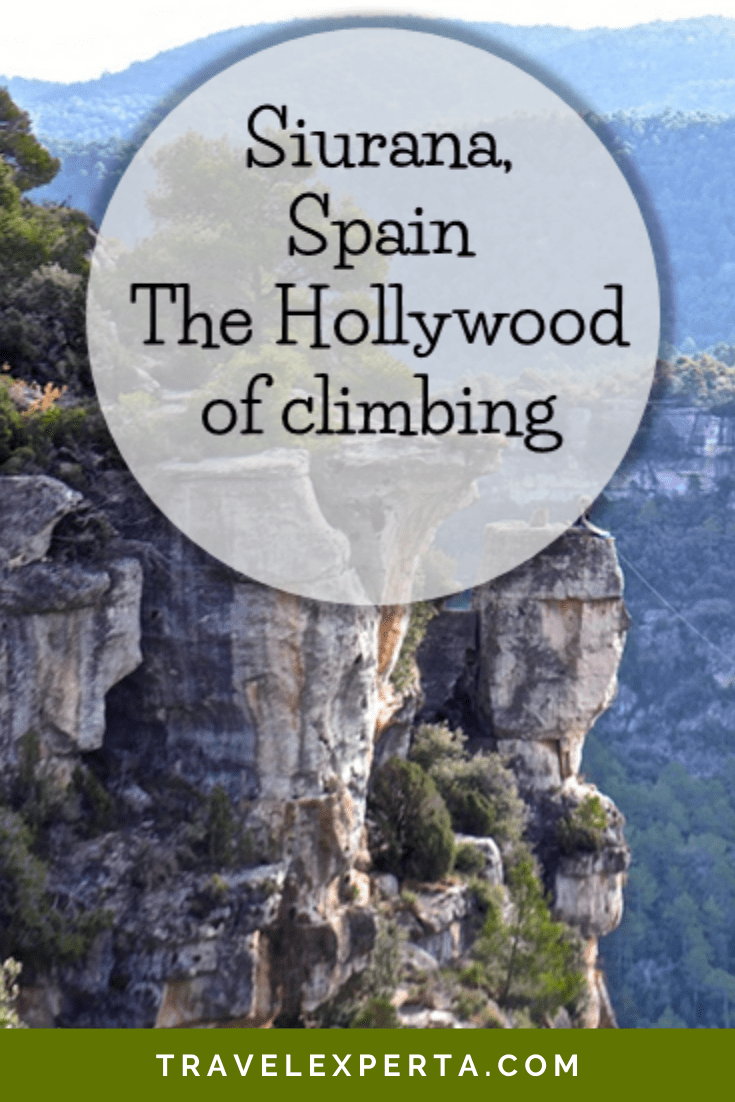