What To Do in Moscow – Seven Highlights of Moscow 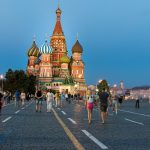 The image of Moscow, the capital city of Russia, has changed over the last ten years. In the 90s and the early 00s, the city was synonymous with communism, and mere whispers of the city’s name conjured up images of iron curtains and oppressive regimes. Times have changed. Today, Moscow’s beauty is recognized on an international level, with more tourists visiting the city with each passing year.
> 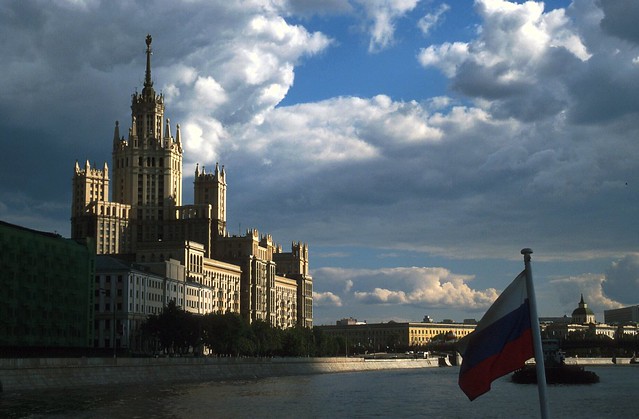 What To Do in Moscow – seven highlights of Moscow

1 – The Kremlin – The Kremlin, a 1km square complex located in the centre of Moscow, is arguably the most popular tourist attraction in Moscow. Home to dozens of churches, palaces, and other architectural delights dating back hundreds of years, the Kremlin is full of interesting things to see and do. The Kremlin is also packed with lush gardens that are perfect for leisurely walks, and a variety of theatres running regular ballet and dramatic performances throughout the day.

2 – The Armoury – The Armoury, built in 1511, is one of the oldest buildings in the Kremlin. During the 15th century, the Armoury was used to create weapons for the Russian army, but its role gradually changed over time into that of a jewellery maker. Today, The Armoury is a vast museum full to the brim with weapons, jewels, and other delights to examine. The ‘Diamond Collection’, one of the largest diamond collections in the world, is a must see.

4 – Bolshoi Theatre – The Bolshoi Theatre is one of the most famous theatres in the world. Built in 1824, the theatre was the first to showcase Tchaikovsky’s ‘Swan Lake’ and ‘The Nutcracker’ in the early 1900s. Today, the theatre can be explored during the day and shows can be watched at night with tickets starting at a reasonable 1,000 rubles (approximately £17).

5 – Gorky Park – Gorky Park, arguably the most famous of Moscow’s parks, is a 3km park located next to the Moskva river. Gorky JPark has been renovated in recent years, transforming it into one of the trendiest parts of the city. The park is now home to dozens of cozy cafes, an open air cinema, and a number of open art art galleries showcasing the works of local artists. In the summer, Gorky Park is one of the best places to enjoy a leisurely stroll and a picnic, while in the winter, the park is transformed into a giant ice rink complete with ice sculpting competitions (make sure to arrange travel insurance if you don’t already have annual holiday cover if you intend to indulge in a spot of ice skating). Gorky Park is a must visit, regardless of the time of year.

6 – Lenin’s Mausoleum – Lenin’s Mausoleum, located in the centre of the Red Square, is the resting place of Lenin, one of the most notorious Russian leaders of the 20th century. Inside, Lenin’s embalmed body can be examined behind a glass cage. A small museum featuring exhibitions detailing Lenin’s history can be found near the exit, too. Entrance to the Mausoleum is free.

7 – GUM and TsUM – GUM, located near the Red Square, and TsUM, found near the Bolshoi, are the two most extravagant shopping malls in Moscow. Both converted historical buildings, GUM and TsUM are now home to some of the biggest names in fashion, including brands like Gucci, Dolce & Gabbana, and Prada. The two buildings are also stunning to behold, with impressive architecture on the inside and out. Both malls are a must visit for shopaholics visiting Moscow.