Orlando, Florida is full of the best theme parks possible. And Sea World Orlando is probably one of the best marine parks to visit. Three years ago we visited Sea World, but my baby was only one year old then. Being three now, we returned to show him Shamu, the dolphins, and oh-so-much more. So, you’re about to read my full SeaWorld review!

SeaWorld Orlando located in Florida is not only a theme park but also a zoo-based on all the marine creatures. Helen White, one of my friends working at the new voucher, just took her kids to this ocean park and said ‘SeaWorld Orlando adds some marine elements to Orlando with its unique characteristics.

SeaWorld Orlando is renowned for its animal performances such as dolphins, sea lions, and walruses performances. What strikes people most is the stunt from killer whales weighed up to 2 tons and that’s also the reason why a good many tourists come all the way here. Apart from all the shows and performances from killer whales, dolphins, otters, seals, manatees, penguins, sharks, and other deep-sea inhabitants, SeaWorld Orlando also impresses millions of visitors with different kinds of attractions, from rides to recreation facilities, and scene simulations which will bring heart-pounding experience to those who love adventure.

From the tell of my friend and other people, SeaWorld Orlando which seems like a tourist attraction to watch animal shows and performances is also regarded as a magic stage for human beings and nature. With the imaginative performances and intimate contact between people and marine creatures, more dreams of love will be conveyed.

The main reason we visited the park again was for the great partnership our hotel had with Sea World.  Staying at Blue Heron Beach Resort they have a free shuttle that drives there and picks you for free (saving you over $15 on parking fees). Plus, you get special VIP entrance meaning you can enter the park before anyone else and get special discounts. But trust me, it didn’t take much convincing me, this is one of my favorite places to introduce and educate my kids about marina life. 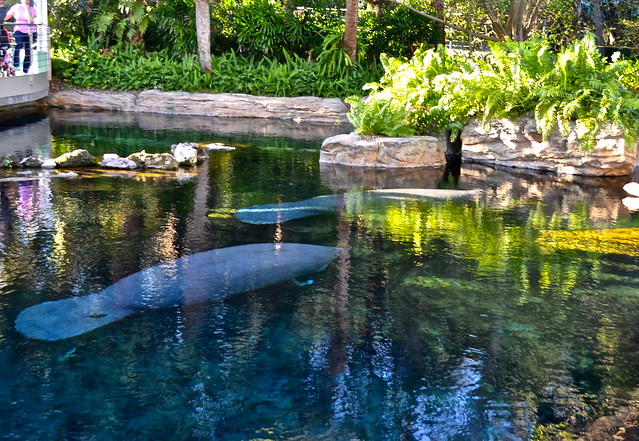 Since our time from three years ago the park had really changed. They added new exhibits and attractions. And last time, with my baby being only one we weren’t able to do the amusement park part of it. 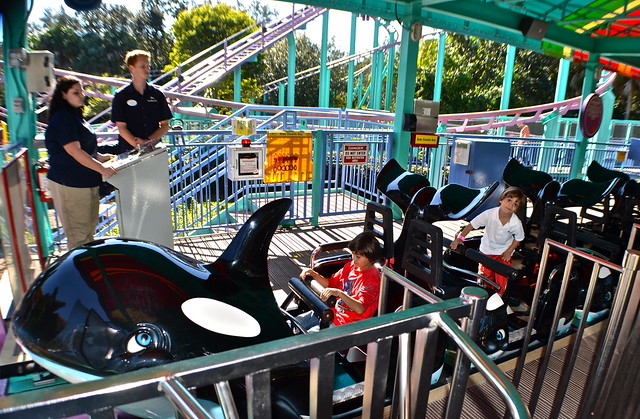 The rides are were totally age appropriate for three and up. The main roller-coasters are more in the center aren’t good for my oldest boy yet, so this was the perfect medium. 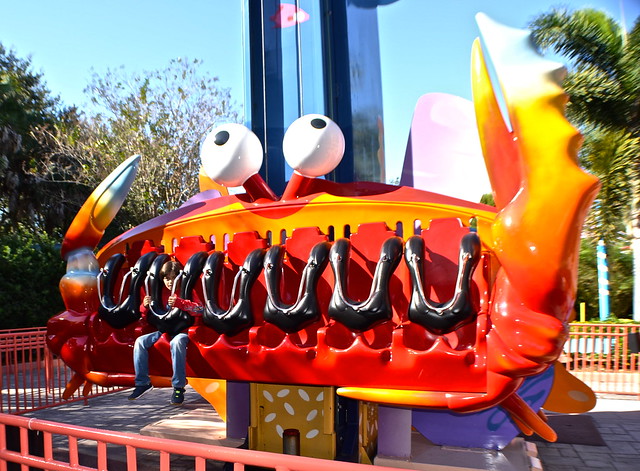 After we got the rides (most of them) out of our system it was time to check out the animals and shows. For Christmas they had an arctic exhibit and we got to see a polar bear – very VERY cool. 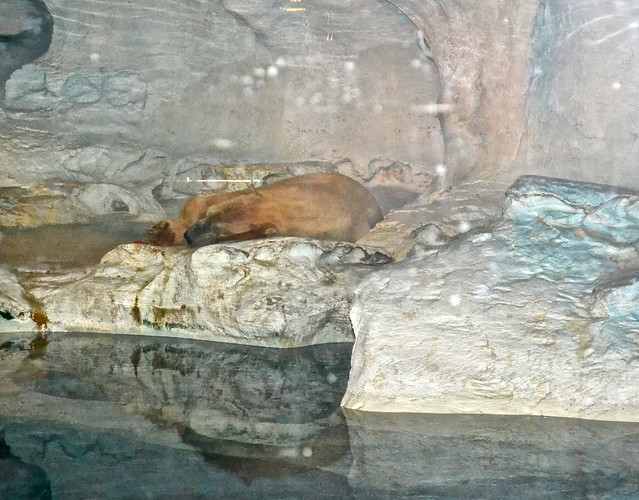 Shamu time! This never ever gets old. I have seen this show over ten times and it is just as exciting for me the tenth time around showing my little men as it was when I was their age. 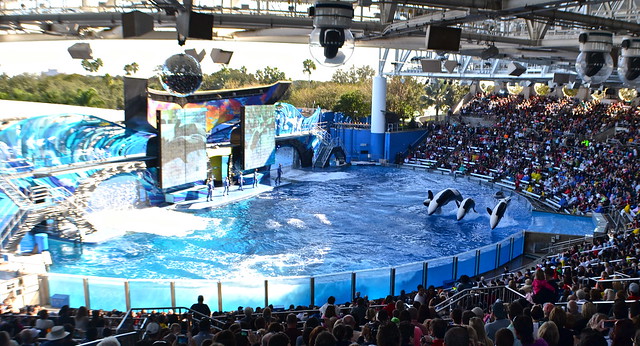 Empire of the Penguin – the penguins have arrived to Sea World. In Guatemala, the zoo here got penguins as well. The exhibit was a big pool and there were hundreds of people waiting to catch a glimpse of these adorable animals. Including us. My baby totally fell in love with penguins and has been talking about them for over four months. So we had to check this one out. 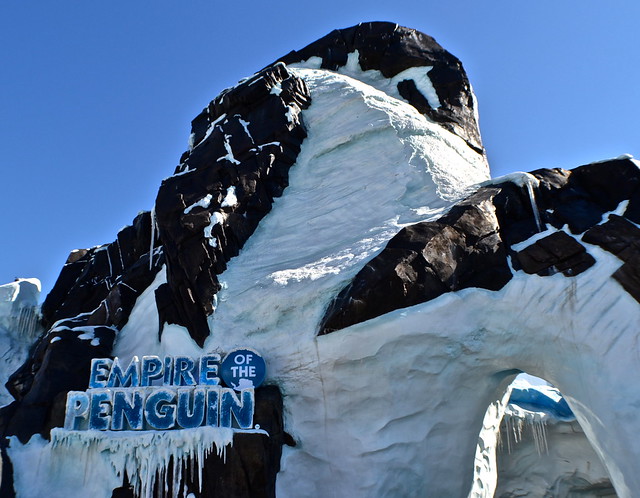 Sea World’s exhibit was colossal compared to what we have seen. First of all it had an entire area devoted to it called Antarctica. And not only did we see the penguins, but it was a full educational ride that took you there. Even the wait was fun. 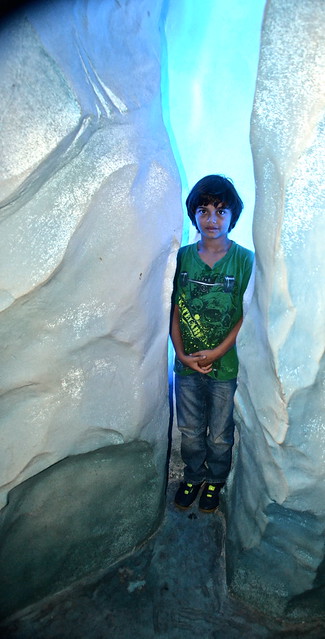 They have two rides one with motion for older kids and adults and more mellow for little guys like my baby (my oldest was a bit bored for the ride part). But once you see them and get out. Everything changes. 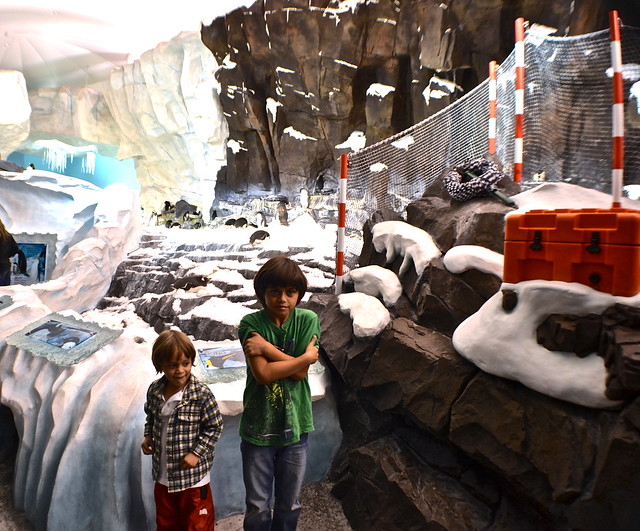 We were literally standing on a little piece of Antarctica. Literally, the weather was freezing. We were in their turf – finally. These animals don’t have to adjust to our temperatures. 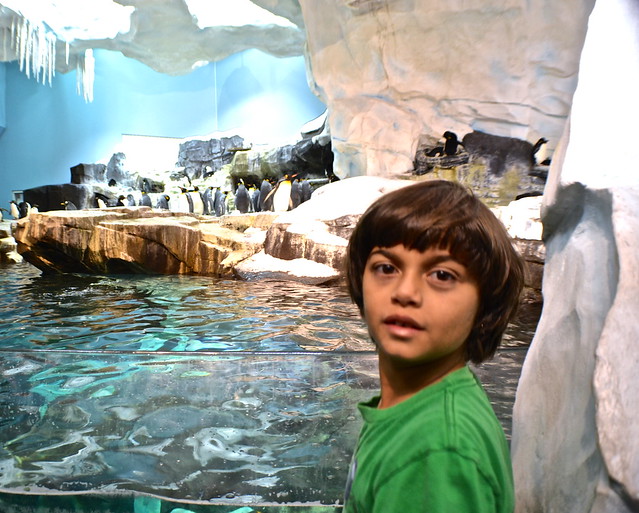 The best part was seeing them swim. 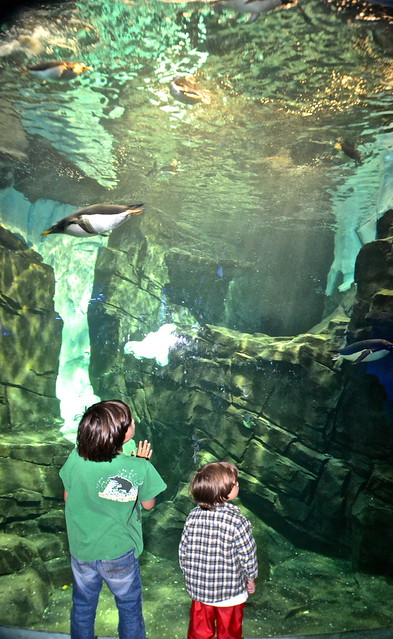 Before heading to the next show we had to feed the stingray and play with them. 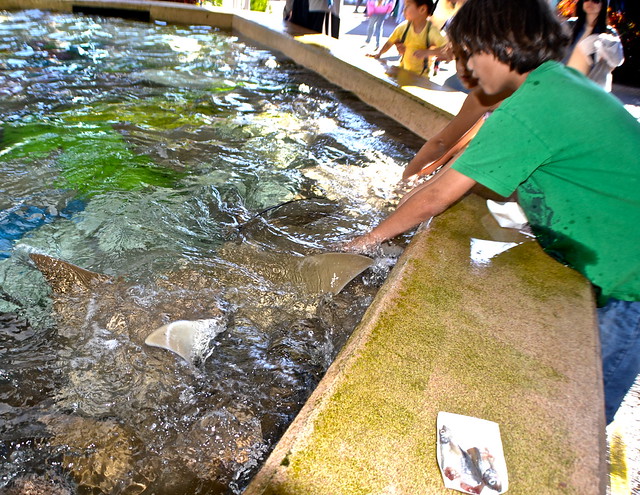 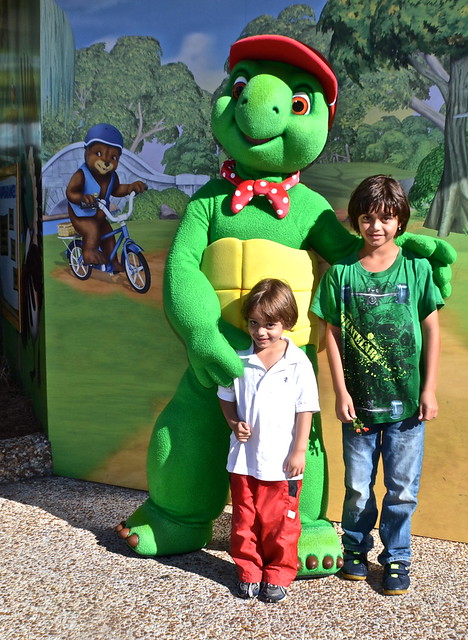 Blue Horizons show is on – the dolphins are playing for us 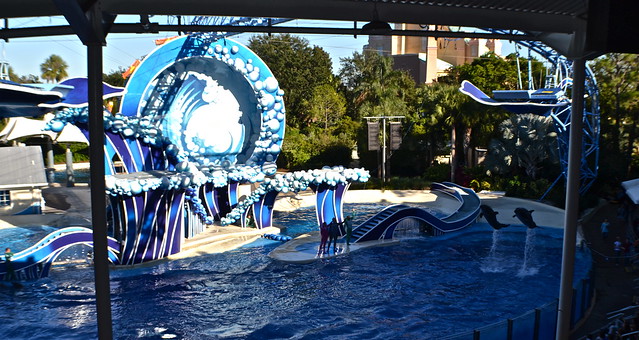 It is way way more than just dolphins, there are acrobats, birds flying of all sizes including condors. 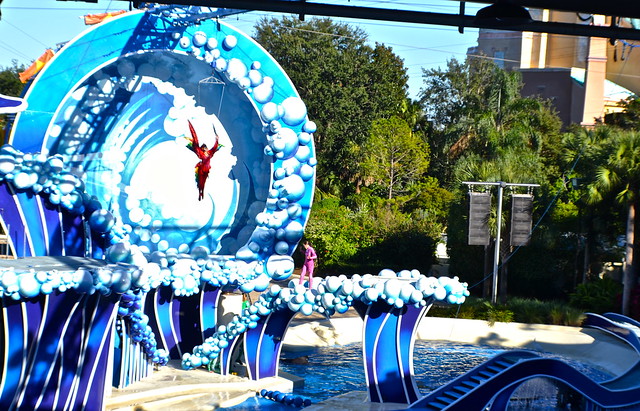 Getting photos with the talent is the best part -sometimes 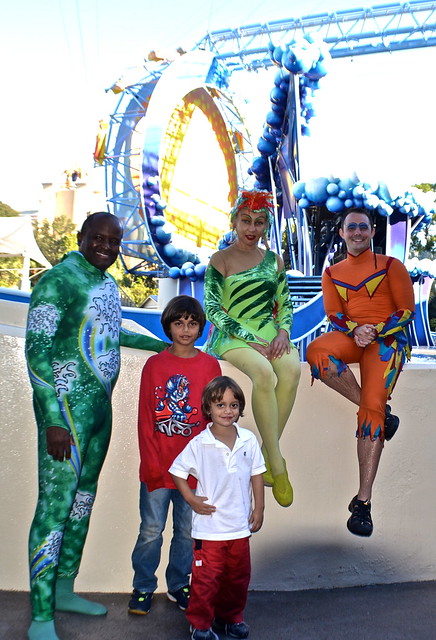 Fun with the fish 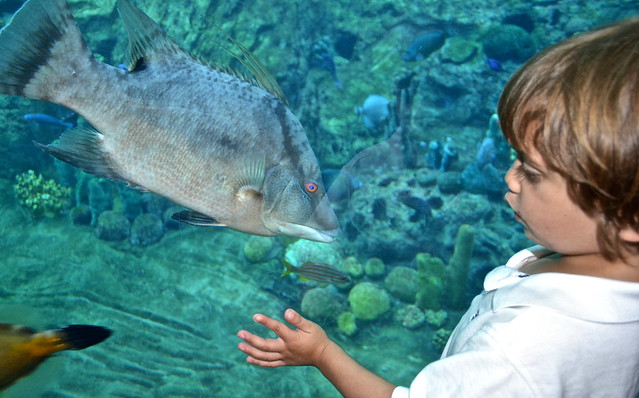 Turtle Trek – this is another new exhibit which was unbelievable. They had sea turtles and ended up with an IMAX show that I would’ve paid $20 to see in a movie theater. 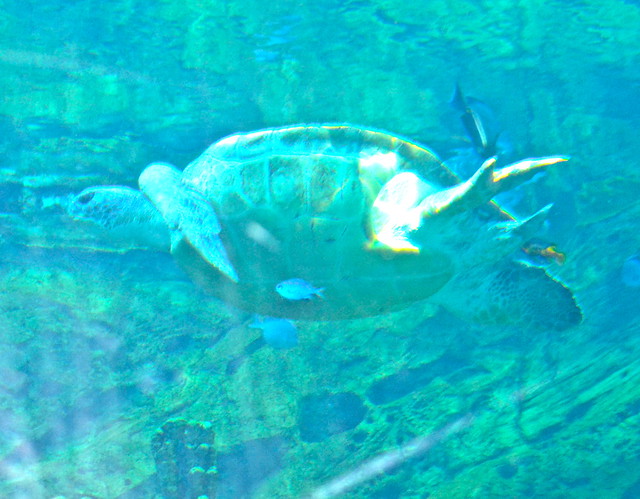 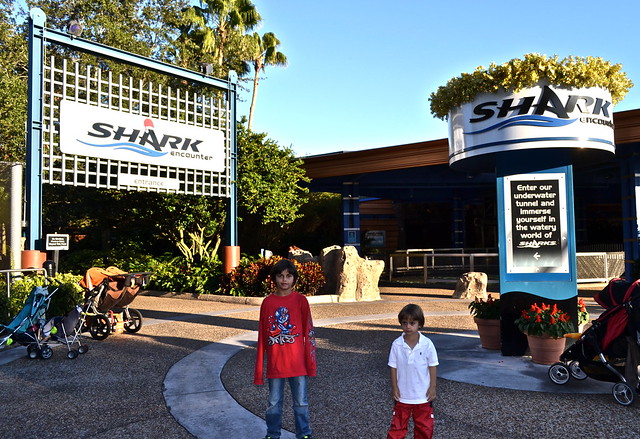 You start walking through an underground tunnel below an aquarium. 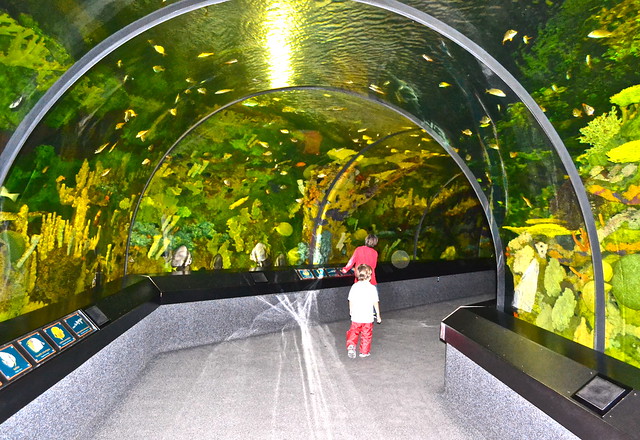 Maybe getting bit by a Great White 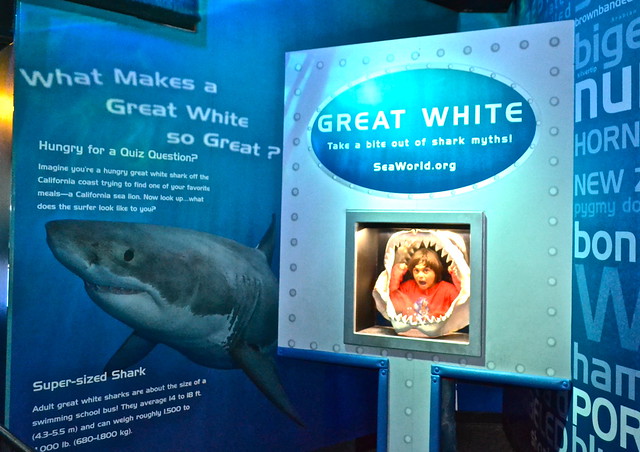 And having a close encounter with a Sword Shark 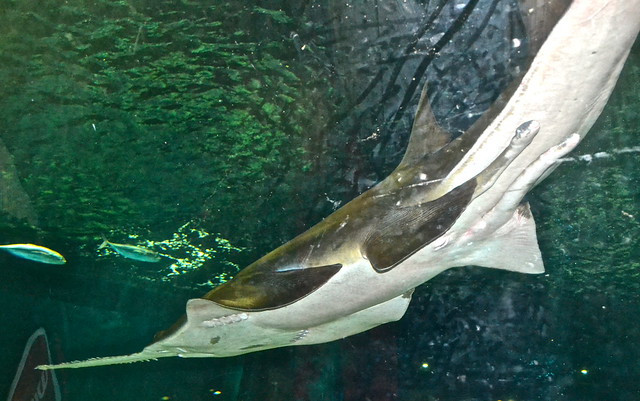 And to finish the day off, we had a great show by the Groove Chefs and they were totally groovy 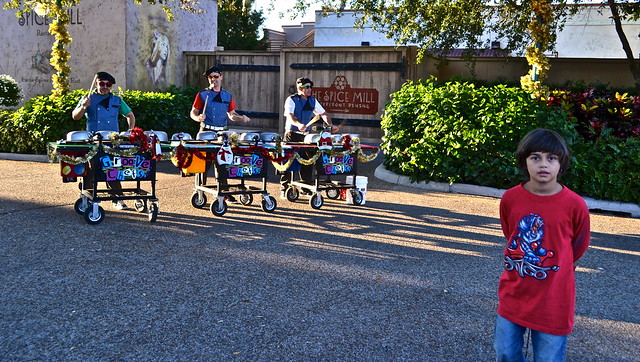