Sayaxché in Peten Guatemala: A Town You Must Visit

I’m an ex-pat living in Guatemala for the past several years and a place I like to visit a lot is Sayaxché, it’s a town located on the southern shore of Río La Pasión, in Peten Guatemala. This is the natural gateway for trips to the Mayan sites of Ceibal and the archaeological wonders hidden amid the lagoons and forests of the Petexbatún Wildlife Refuge.

It is a rough-and-tumble kind of town and reports of shoot-outs in its streets are not uncommon, though security forces were reported to have gotten at least a partial hold on the situation in late 2006. Still, you may want to limit your time here to that required to cross the Río La Pasión on your way south to the Verapaces or to organize a trip to one of the nearby attractions.

In addition to serving as an important waterway for trade in Mayan times, it is surrounded by some of the most important Mayan Ruins in Guatemala. Although they don’t tend to get involved with tourists, it certainly adds to the remote, lawless frontier atmosphere that seems to permeate this town.

If you have plenty of time to explore Petén, it might be worth visiting here. Otherwise, your time might be best spent exploring some equally beautiful but safer sites elsewhere. If it’s a remote wilderness you seek, there are certainly other areas you can find to explore.

Places worth visiting in Sayaxché Peten in Guatemala:

Seibal is an archaeological Mayan site to the north of Peten about 100km away from Tikal, which was once the largest city in the Pasion River. A medium-sized site, strategically set in the tropical forest near the river. The site dates back to 800-300 B.C. You can find three main groups of buildings connected through ancient white stone roads, within those you can see almost 50 stelae and tons of monuments, 2 ball courts, and almost 19 altars.

Like many of the parks, reserves, and refuges in Guatemala, the Petexbatun is an amazing place for wildlife and outdoor activities like birding and hiking. Around the lake and river you can tons of animals, including many birds like, eagles, and egrets. The main attraction here is the Laguna Petexbatún, which is located 6km from Sayaxche town, a good way to get to the lake is by boat, a one hour ride from Río Petexbatún, an extension of Rio de la passion.

The first buildings of Aguateca date back to 300-350 B.C. A medium-sized archaeological site located to the south of Petexbatun. This Mayan site was located on an extension of the La Pasion River, really close to Lake Petexbatun. One of the most important settlements of the region, helped the researcher understand more about the culture, traditions, and daily life activities. The explorers found ceramic masks, figurines, musical instruments, carved stones, and other Mayan artifacts.

By far the most important of all Mayan sites of this region, it even was once the capital of the region. The site was almost 4000 square km. Is one of the few Mayan sites where you can find a well-defined list of rulers, you can find some staircases with hieroglyphs and a huge cave system. Located between two rivers, La Pasion and Salinas, was founded by the city of Tikal in order to take control of the trades on the river. 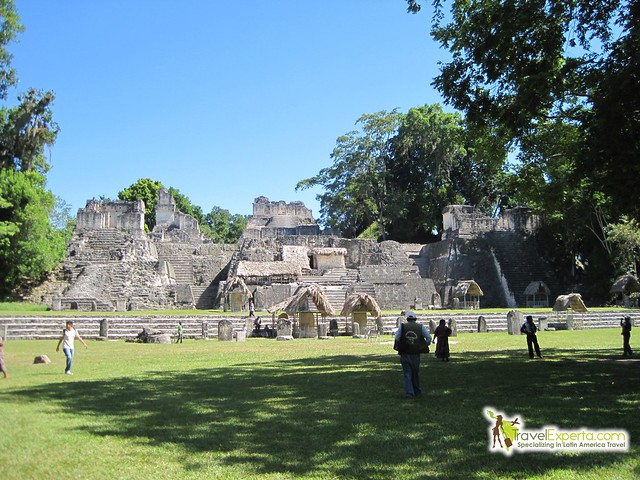 Some Fun Historic facts about the Mayan Sites in Sayaxché :

The history of this region is fascinating, as it portrays violent struggles between neighboring states concurrent with the widespread abandonment of Petén’s Classic Mayan sites, giving us a glimpse into the local state of affairs in various Mayan city-states before the Classic Mayan collapse.

The area’s largest site is Dos Pilas, which was founded sometime around A.D. 640 by a renegade prince from Tikal who fled after Tikal’s defeat by Calakmul. Later Dos Pilas defeated Tikal in two wars culminating in the capture of Tikal’s ruler Shield Skull in A.D. 679. The event was duly recorded in the stelae at Dos Pilas and launched the reconstruction of the site’s plaza.

Subsequent rulers would carry out building programs, including the construction of three hieroglyphic staircases, and wage wars of conquest. Ceibal was defeated in A.D. 735 and several lords from other Mayan cities were captured. Dos Pilas eventually came to dominate most of the lands between the Chixoy and Pasión Rivers.

The same Putún Mayans who came to dominate Ceibal eventually made their way over to Dos Pilas, and in A.D. 761, allied with the vassal state of Tamarindito. They captured and killed the site’s fourth ruler. The remaining nobility fled to Aguateca, naturally fortified on a bluff, which had already begun functioning as a second capital.

Some of the peasantries stayed behind and continued to farm the area around Dos Pilas, attempting to fortify it against their enemies, but it succumbed to the continuing onslaught of these invaders from the north. It was completely abandoned by the 9th century.

Aguateca would suffer a similar fate and was abandoned sometime around A.D. 790. After three, defensive moats were built along Petexbatún Lagoon across Punta de Chimino in a vain attempt to keep the invaders at bay. This is definitely one of those places to visit in Guatemala that you can’t miss.