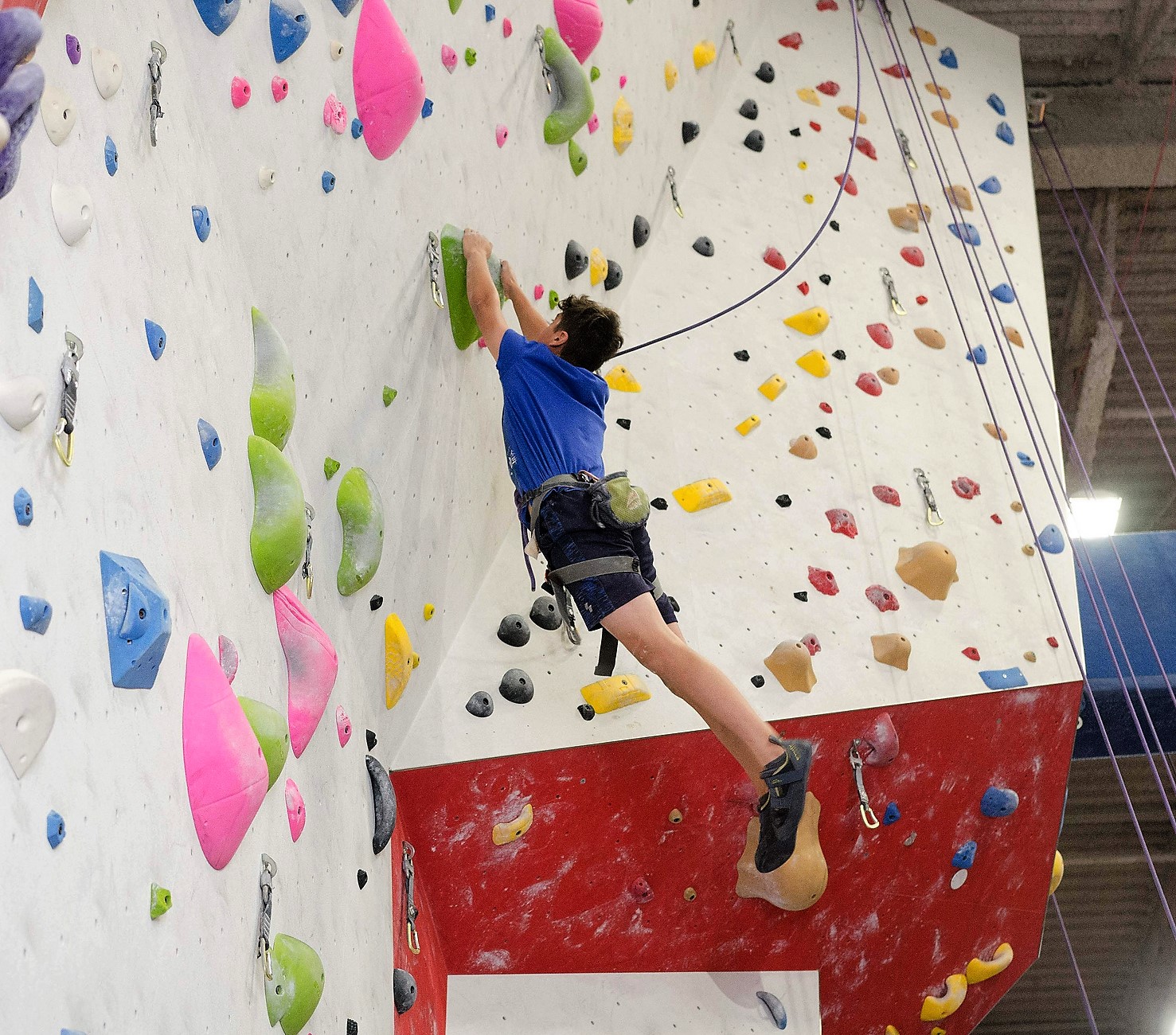 Almost twelve years ago my husband stumbled onto a climbing gym and became a quick addict. At that time, our oldest boy was around four years old, and he came along with his papa for the fun of it.

When our second boy was born, we started to take them both to the local wall once in a while. Even found a cute climbing class that was held at our local gym which we begged all of their tiny friends to join with our sons. It wasn’t anything super serious since my youngest was around four and my oldest was around ten.

Traveling and Climbing – A Family Affair

The only way I was able to convince my husband, three years ago, to visit Spain was to incorporate a lot of climbing including staying in Siurana, Spain, the mecca of rock climbing. So my kids got a bit of the outdoor rock climbing bug there while they climbed along with their papa. Yet they weren’t hooked just yet, so this wasn’t a priority of our travel planning. Even though my husband thought it did. Because the bottom line is, when your kids are happy so are you, it wasn’t their main priority.

Fast forward to today – both our sons are on the Guatemala National Climbing Team. Rock climbing isn’t only a sport to them anymore, it’s a lifestyle that they participate in almost daily. 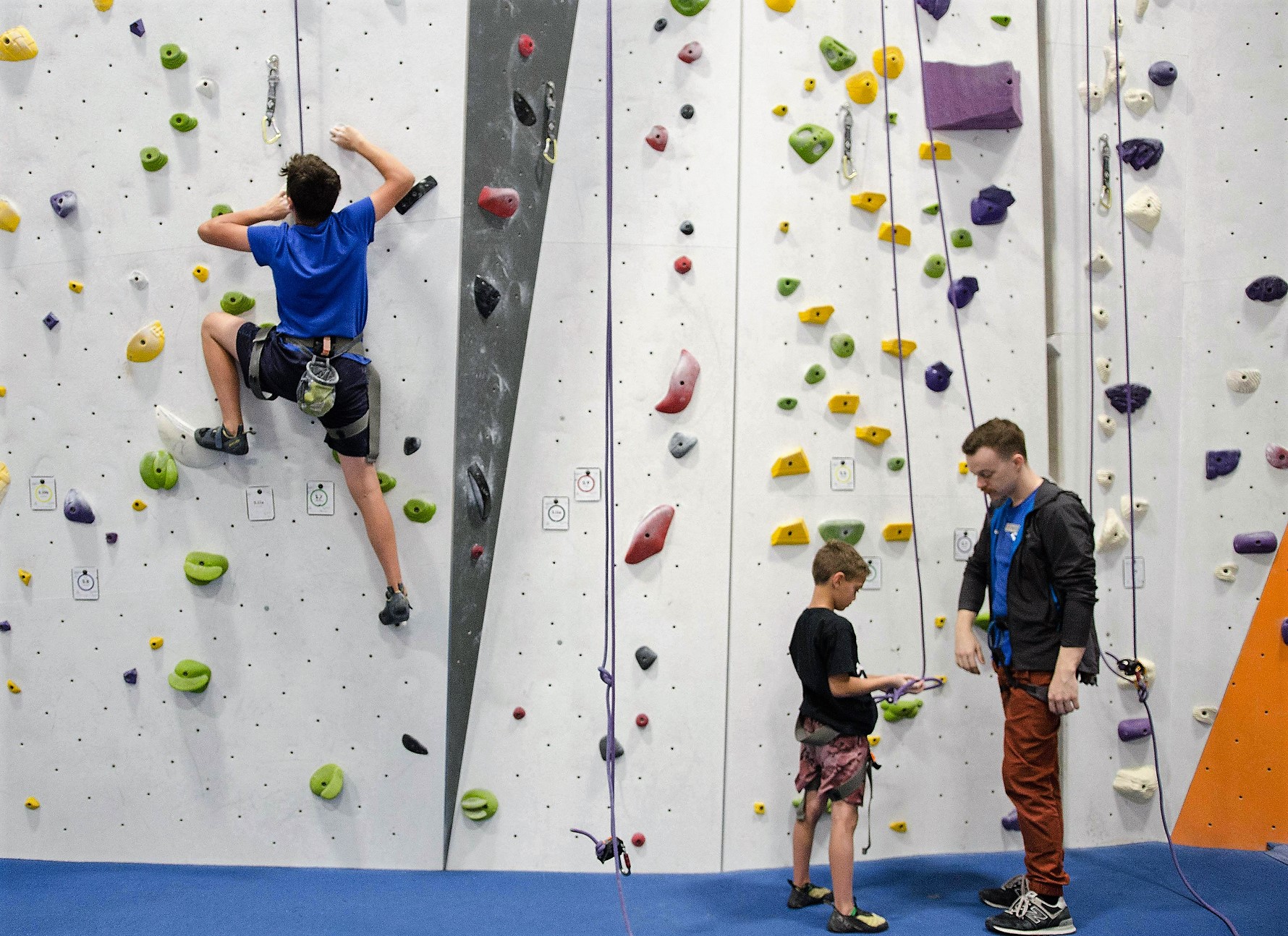 OK, maybe not seven days a week. Because even the greatest athletes and climbers of the world need a day off once in while.

However, due to their new passion which my husband and I want to fuel as much as possible, our travels have completely changed now.

In a good way!

Today our travels revolve entirely on where my three men can climb either via indoor climbing gym or rock climbing outside. 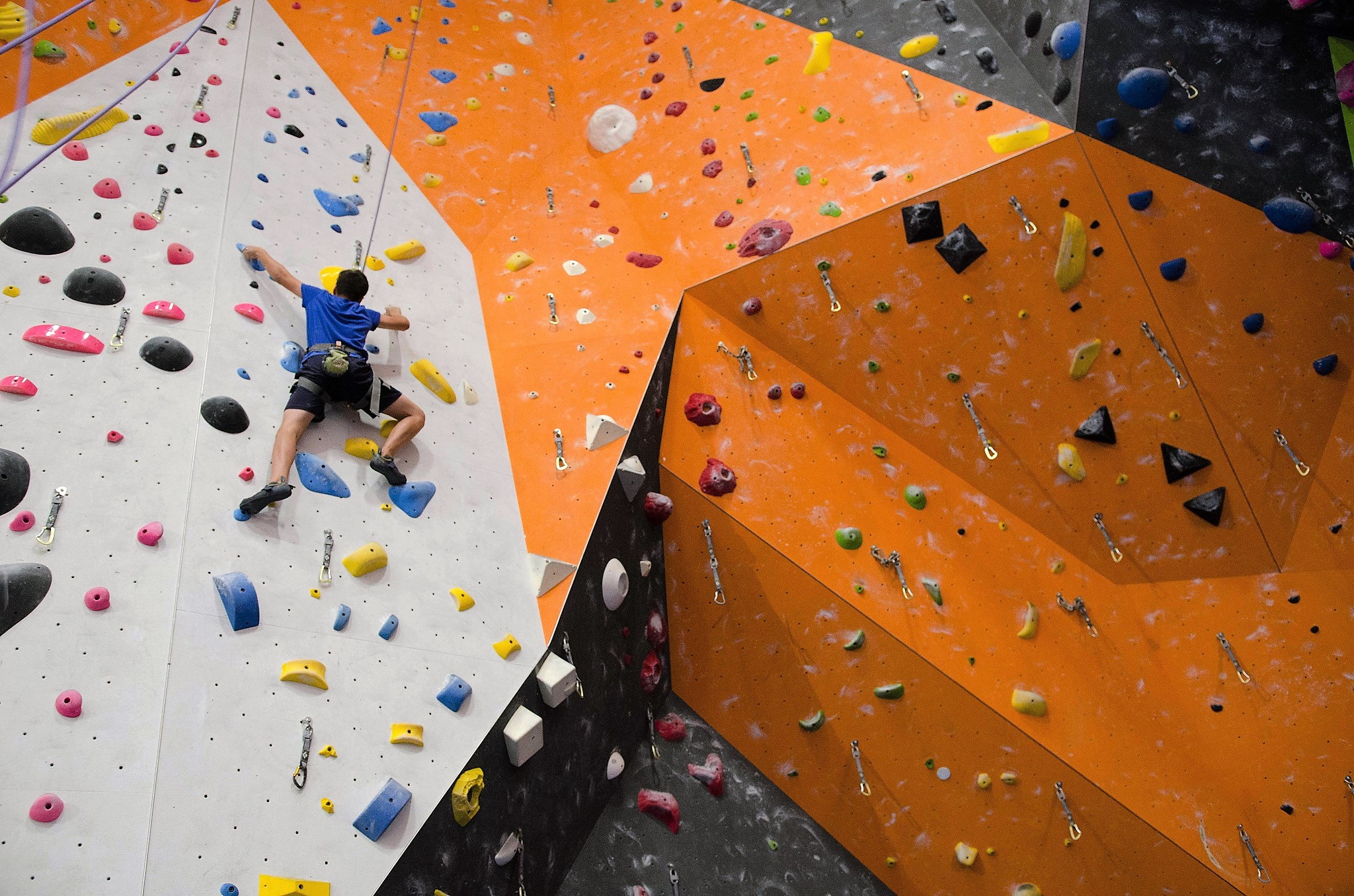 With the kids training in full swing year round our travels have become limited to visiting with family, where ever that might be at the time, while keeping the boys close to climbing gym or wall.

And let’s face it, climbing gyms are a much easier solution, with all the equipment ready for you right there.

And have you seen the gyms that are opening up across the US today? They will blow your mind. So much that if you never climbed, and visited one of these, you will be inspired to join up and start climbing yourself.

My parents, who live in NYC, are located in a spectacular area of booming climbing gyms. And one of the best ones that I have found while doing research is The Cliffs in Long Island City.

One thing for when we traveled through Spain that my husband was on the look out for was climbing gyms. Even though his preference is rock.  He know that if he wanted to enjoy the great rock, find a partner(s) he would do it via the local climbing gym. This is where he was bound to meet someone to either learn from or hit the rock with.

Basically, instant community, new techniques (and beta) and blending into the local groove.

The funny thing is, he’s a total introvert. Yet he managed to meet a lot of people and instructors within minutes of entering any gym and always doing day trips to the rock that were more local secrets than mainstream stuff you find online.

So when I was looking for climbing gyms for my kids, I wanted to start with a class or private lesson so that they spend time with one of the local instructors, get new techniques and a new perspective of different styles of climbing.

Climbing to me is like art, every climber has their own unique take on tackling routes and the more you are open to them the better you become as a climber and person. 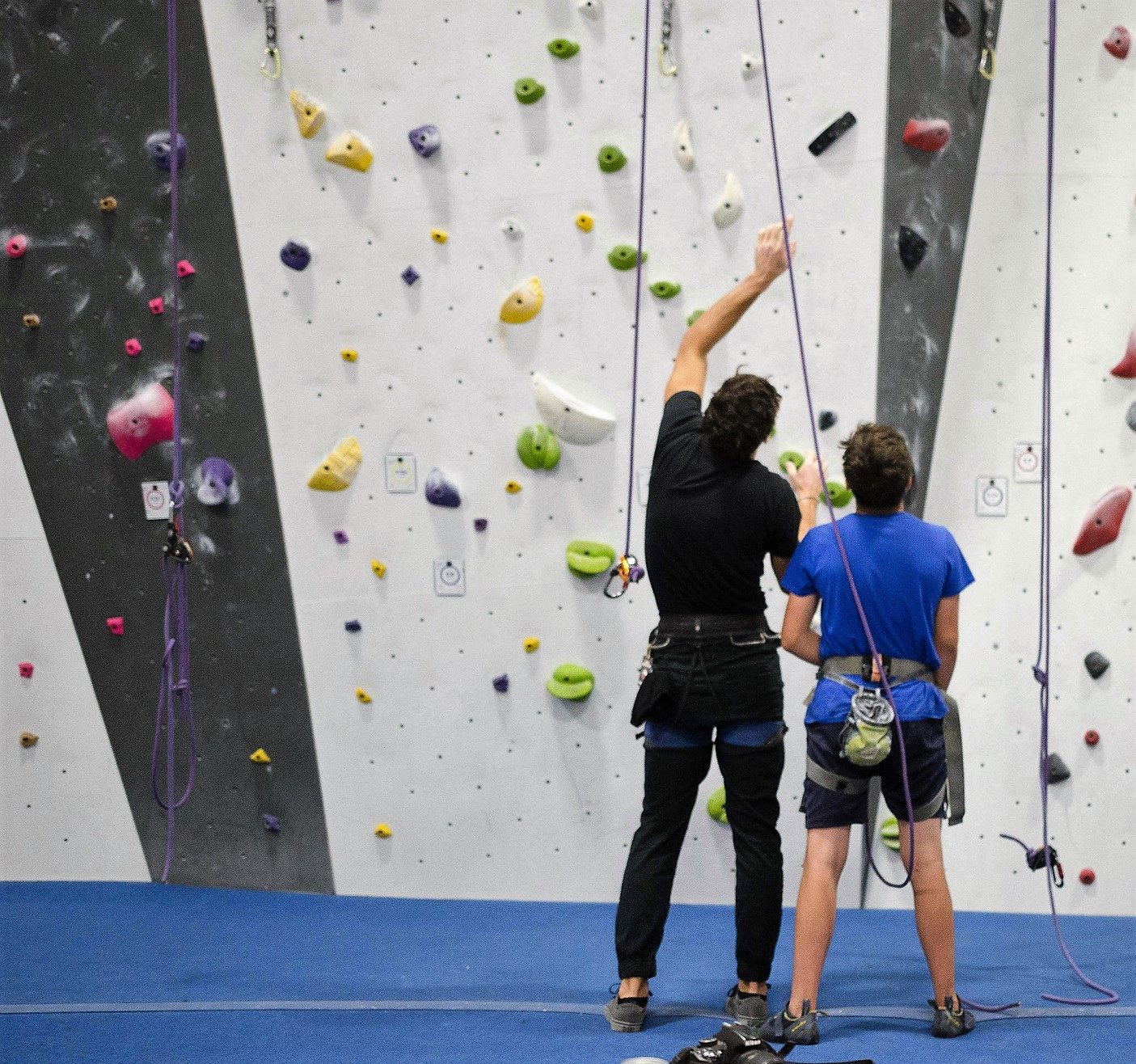 Even though my kids are quite social and personable, they aren’t at the level of befriending people in the gym – just yet. So working with instructors or group classes is a great way for them to really connect.

And that’s exactly what we did when I first got in touch with the staff at The Cliffs Climbing Facility. Eva was my main contact and she was super helpful in the planning and connecting me with TJ, who was in charge of the instructors and pretty much the go-to guy for the gym (we found this out when we got there).

The Cliffs Climbing Gym – A Growing Community and Fun

I know coming from Guatemala, where our gyms are relatively small, I can be easily impressed. However, I must say I was totally blown away on first site.

The gym is enormous. With every kind of discipline and category to tackle at your fingertips.

We were greeted by Will, who was my youngest son’s instructor, and he was great to chat with about the climbing, activities and the area itself. 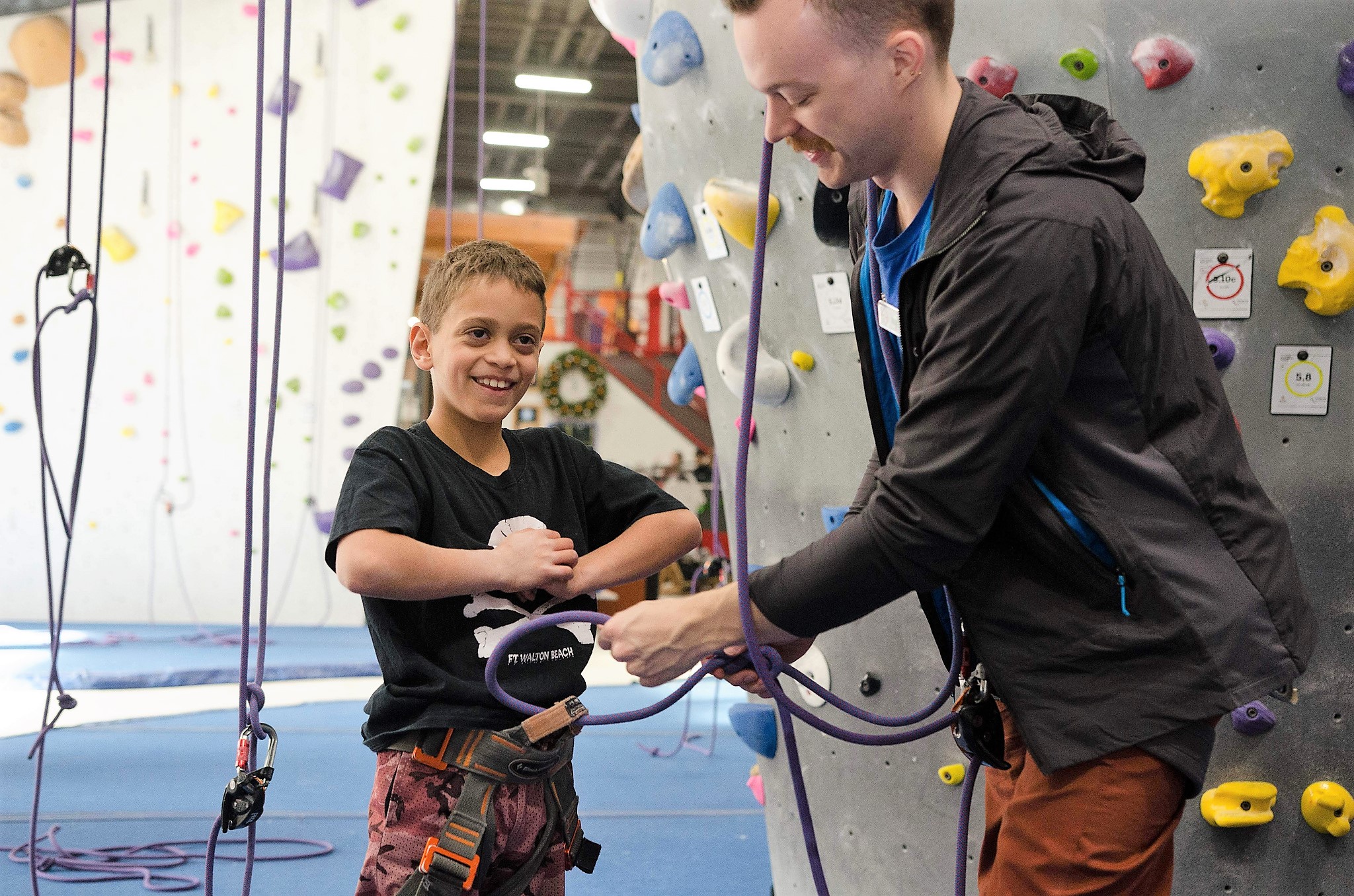 However, we really scored with TJ being my other son’s instructor. TJ comes from old school climbing, which I’m not going to go into all the terminology and other fun stuff that goes with that, but basically he has spent more years climbing outdoors than most instructors we’ve met and that to me is the real key. 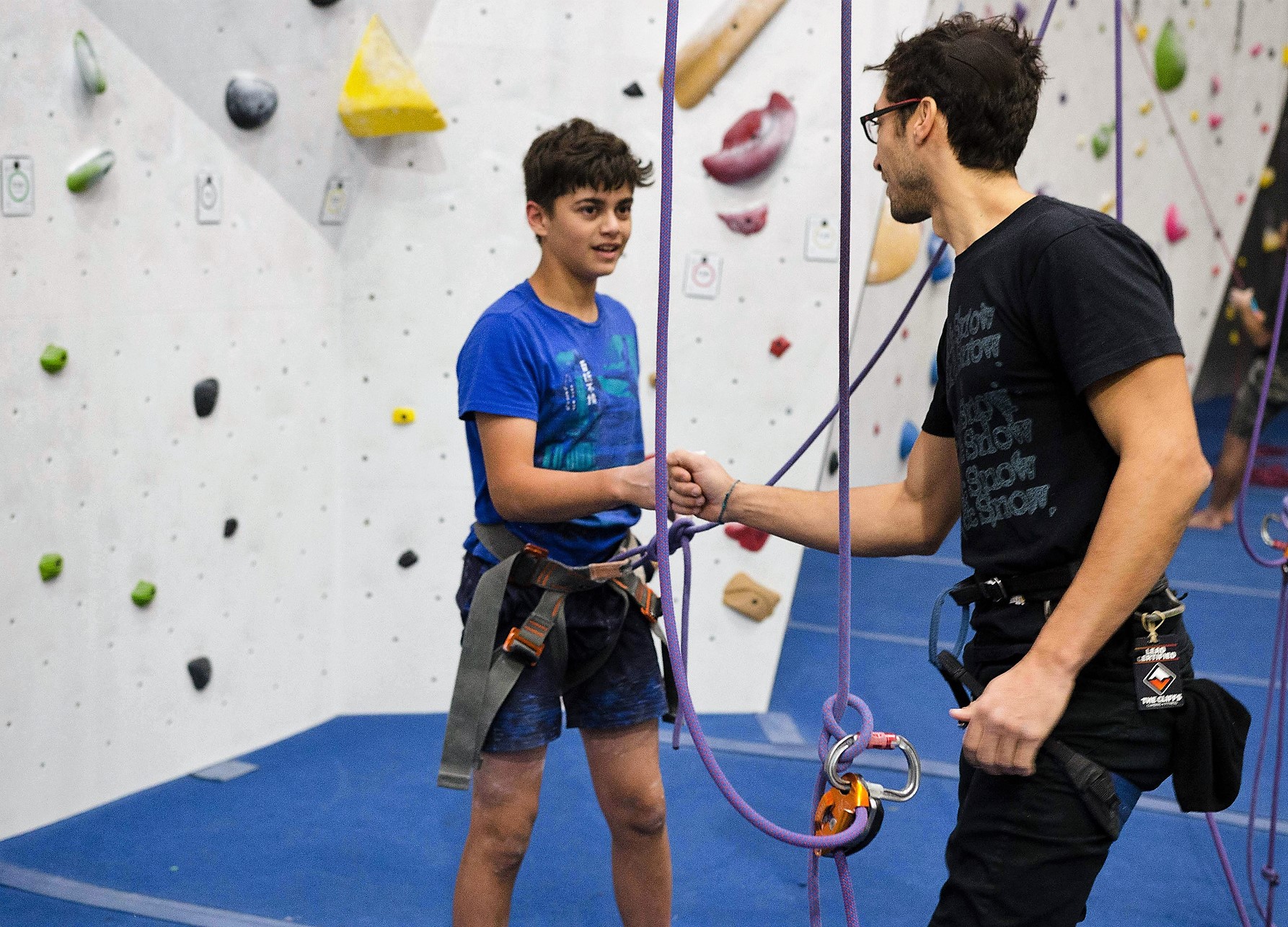 My husband had always said his religion was touching the rock, but with all the indoor gyms most of the climbers have lost that element.

TJ still beamed with it. And this is contagious. After spending some time with him, my sons who don’t climb outdoors as much as we want them to, started asking us to take them out more and more.

Another great benefit of having access to a gym like The Cliffs and all the services that are offered, is that my kids love bouldering. So with TJ and Will we had them focus more on lead. In a few months they will be competing in this category and definitely needed that extra push and practice. And even more so to learn better techniques for something they found to be – what they call their weakness.

In reality, they simply don’t have access to great routes where we live and doing them with trained instructors did exactly what my goal was – opened them up to new things and ways of doing it.

After the one hour of hard core training in a new discipline, the kids went to what they were dying to do from the beginning. 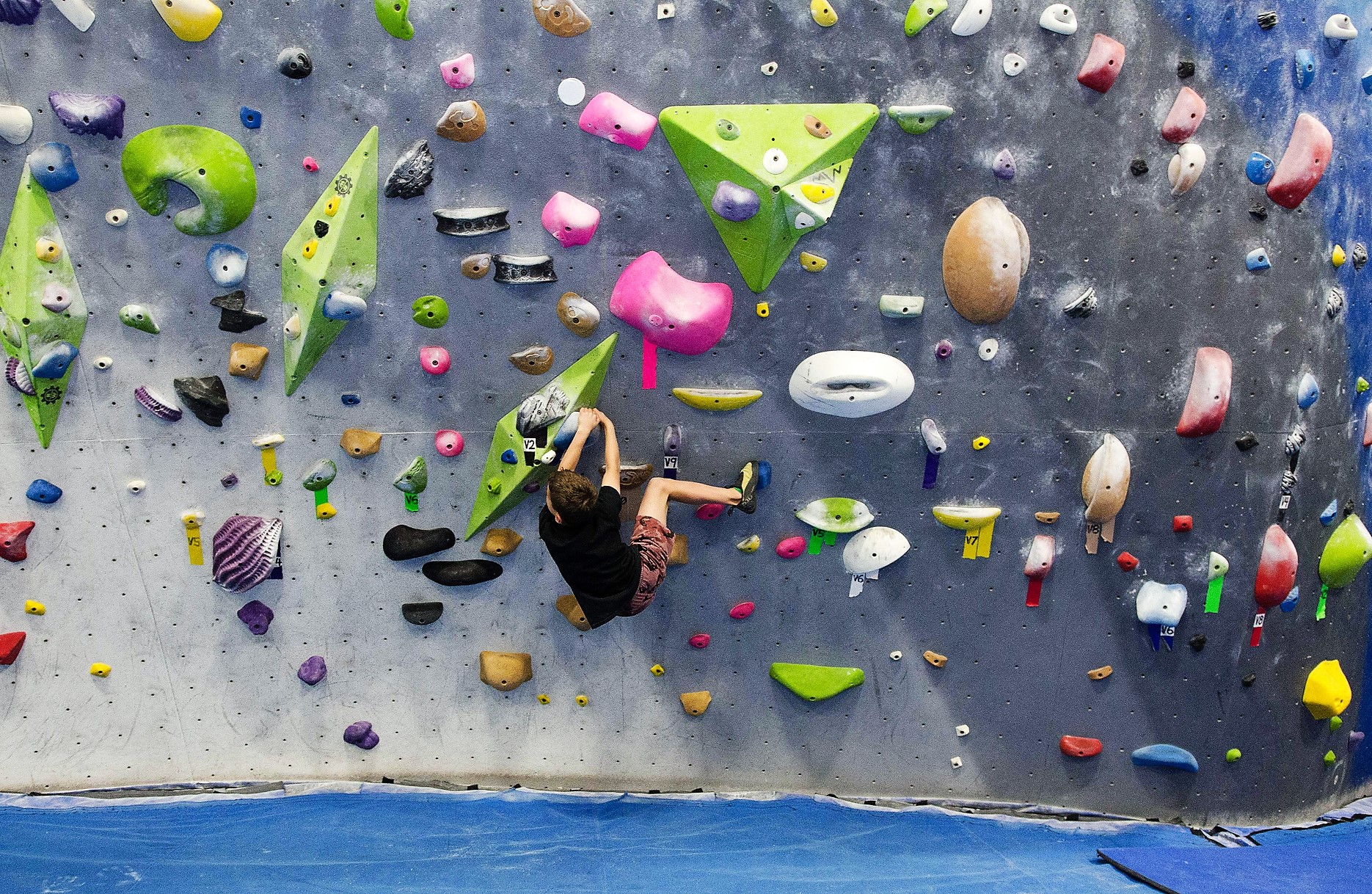 And you know it was a good training day when they are exhausted and hungry. 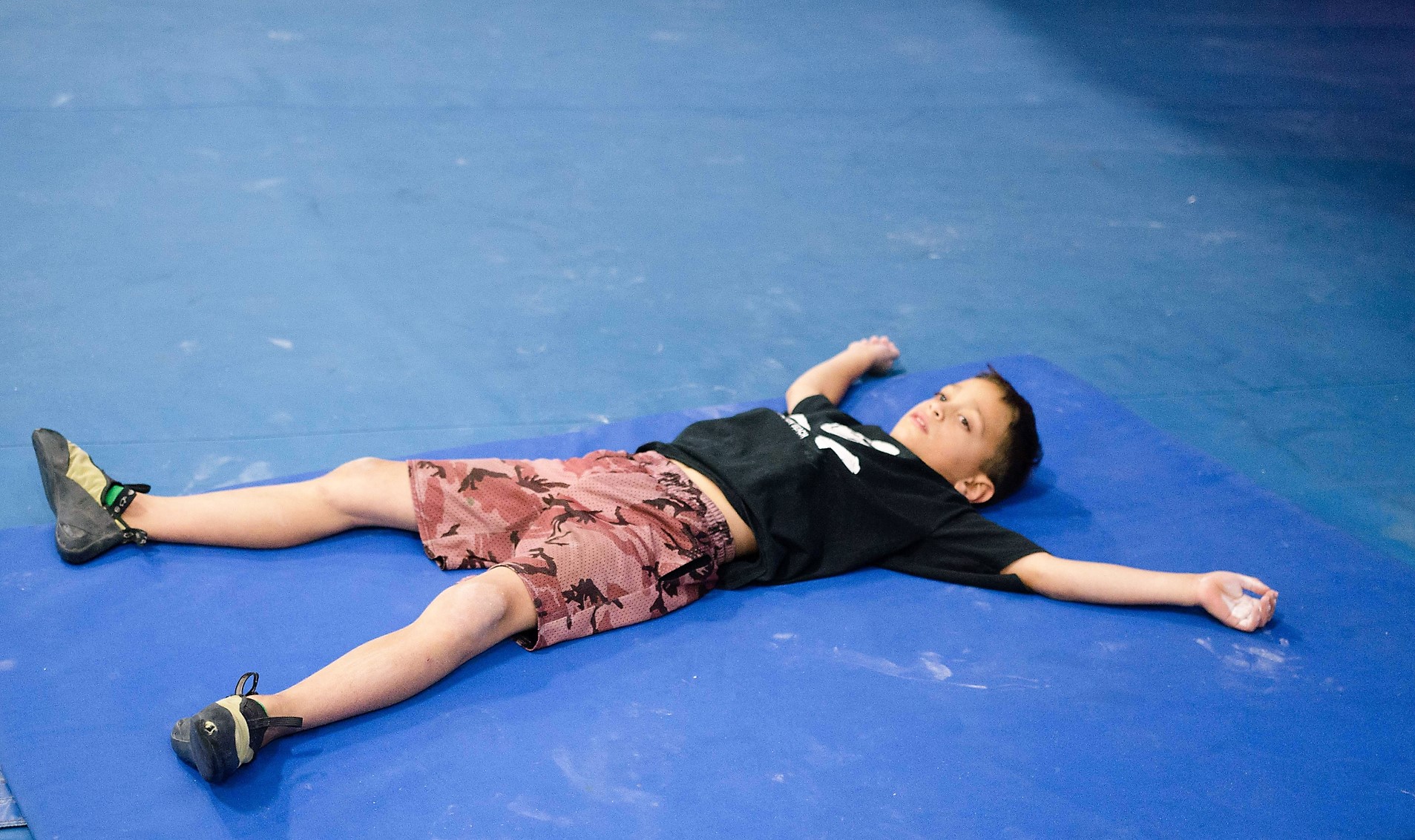 We are coming back in the summer time to visit again, and will be arranging for the kids to join up for their summer programs and trainings. 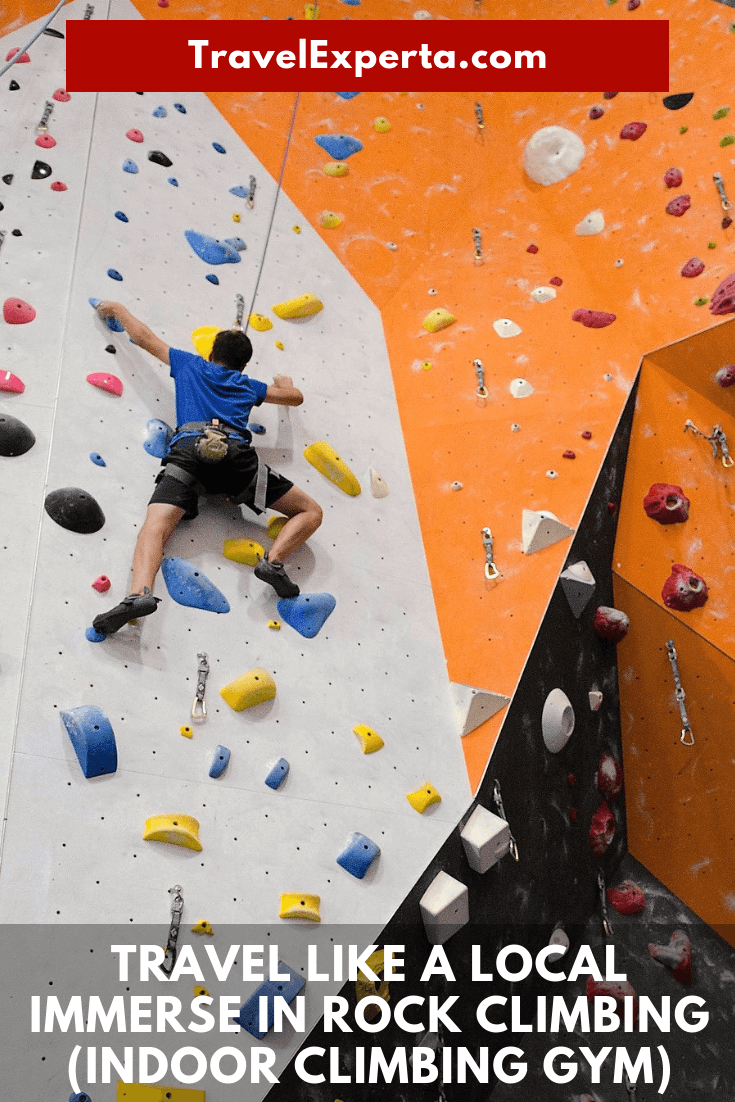