Things to Do in Boston: 3 Family Destinations In Western Massachusetts 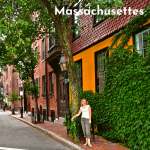 When it comes to tourism in Massachusetts, Boston and the surrounding cities get all the glory. Everyone dashes off to the New England Aquarium or to catch a game at Fenway, but too often the trip stops there, ignoring the beautiful western half of the state. It’s unsurprising considering the rich American history based in Boston, as well as its reputation as a bustling city, but why not stretch your trip a little further?Three of the best places to go and things to do in Boston ,Massachusetts with kids.In this article, you will find information about Boston. 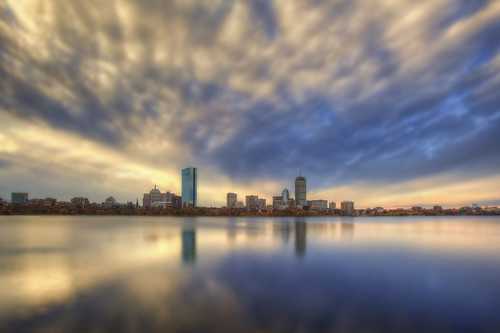 Massachusetts is a fairly small state and you can cover the width of it in just a few hours, so next time you pay the fine state a visit, head west and check out these 3 sites. With something for everybody, from sports fans to fine art enthusiasts and mountaineers, you won’t be disappointed.

Things to Do in Boston: 3 Family Destinations In Western Massachusetts

In The Far Corner: Mass MoCA

All the way in the far corner of the state, the Massachusetts Museum of Contemporary Art is home to some incredible work, including a long-term exhibit from Sol DeWitt and Christina Kubisch’s intriguing clocktower project. Kids especially love the DeWitt, a career retrospective mounted as 105 fastidiously rendered wall drawings – just remind them that your walls at home aren’t meant for the same. And don’t forget to check the current and upcoming exhibitions; there’s always something new at Mass MoCA.

Things to Do in Boston for A Piece Of Sports History: The Naismith Memorial Basketball Hall of Fame

Though pieces of basketball history are scattered throughout the country, the core of the sport’s glory lives in Springfield, Massachusetts at The Naismith Memorial Basketball Hall of Fame. Named for James Naismith, the inventor of the sport, the hall of fame brings you such greats as Michael Jordan, whose career started at UNC in 1985 and has included a brief hiatus to play professional baseball in 1993 and more than on incredible comeback since, as well as coaching phenoms like Pat Summitt who passed earlier this year.

Adding to the poignancy of this landmark, men’s basketball was invented in Springfield and women’s basketball developed at Smith College, just a few minutes away in Northampton. Western Massachusetts is the true home of basketball.

Things to Do in Boston for A Slice Of Paradise: The Smith College Botanic Gardens

Settled in the heart of the Pioneer Valley, Smith College is one of the nation’s oldest women’s colleges and remains among our top educational institutions, but rivaling the school’s academic reputation is its aesthetic appeal. The college is set within an arboretum and is also home to the Botanic Gardens. We recommend the annual mum show, opening this year in early November, but you can also enjoy a slice of tropical paradise year round in the palm house, which offers a great way to warm up during the cold Massachusetts winters.

Boston may be considered among the central birthplaces of our nation, but Western Massachusetts is home to many pieces of our rich contemporary culture. Enjoy this beautiful portion of the state on your next family vacation and discover all it has to offer.