Have you ever had a chance to hold a tiny creature in your hand? Feel it squirm around, move its little legs and hands, tickle the palm of your hand. 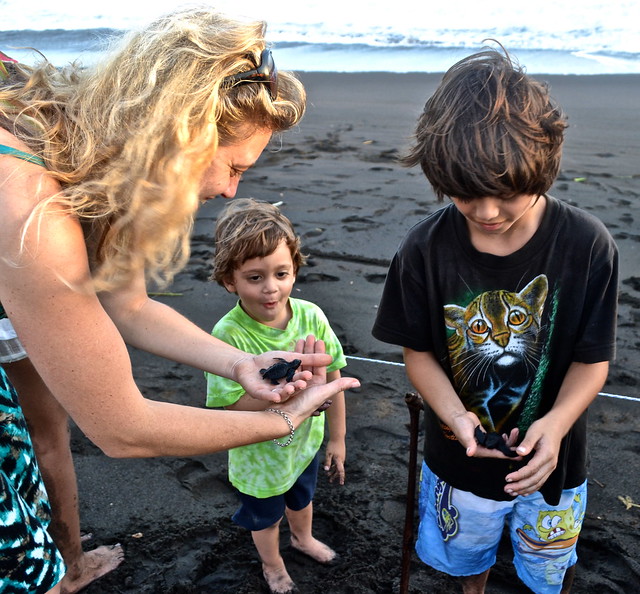 From September to February, every day, CECON (Conservation Center of Studies – University of Guatemala, San Carlos) allows people to join in the release of baby turtles from their hatchery. 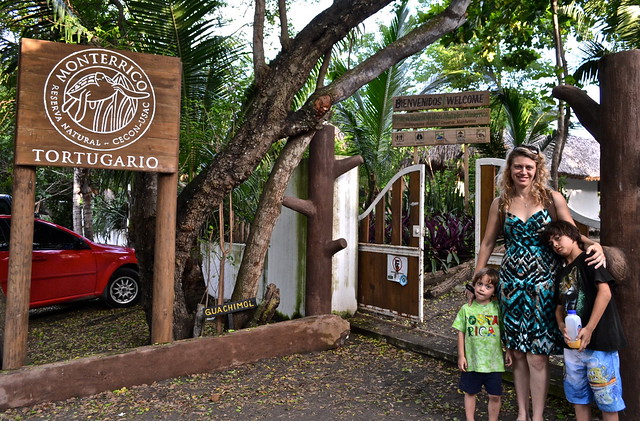 In the heart of Monterrico, this is one of the best hatcheries in the country where the eggs of female turtles, after they lay them on the beach, are taken and placed in the incubator to protect them from poachers. 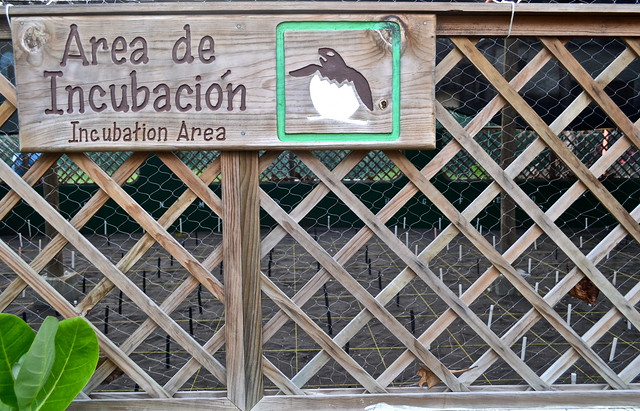 When the eggs hatch CECON has a daily ritual on the beach selling  tickets to raise funds, so that people can learn, feel and let their hearts be touched by these tiny little creatures that are becoming extinct. 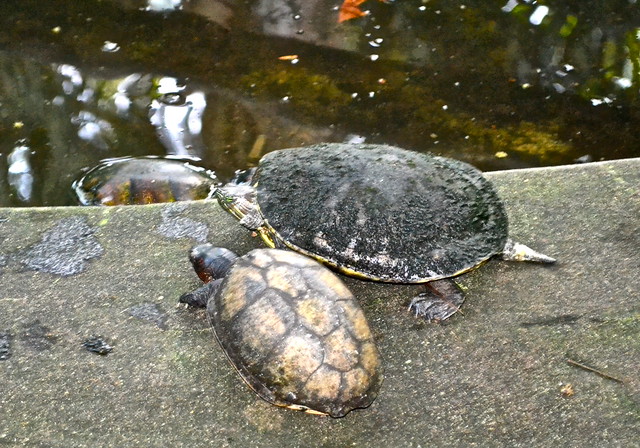 Information to Release the Turtles 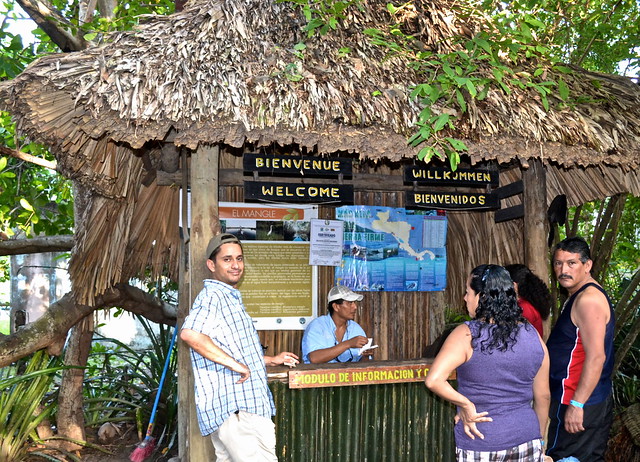 The actual release takes place on the beach at 5:30 pm – but tickets run out so it is a good idea to get there early 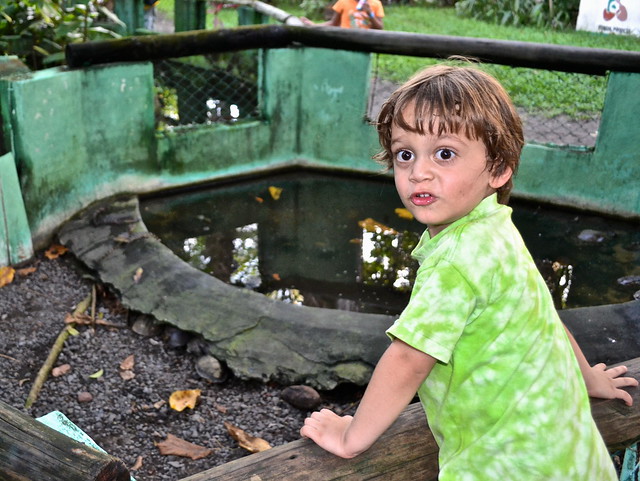 Price – Each ticket to release one baby turtle is $1.25. Additional $1.25 to enter the hatchery/rescue center which houses turtles, caiman, and lizards. 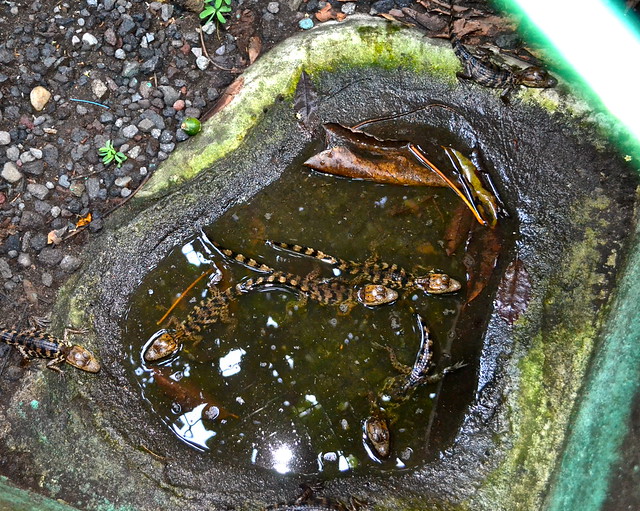 The process is extremely well organized and well maintained.

Truth be told, we’ve been walking around Monterrico for over two hours and barely saw any souls. But when it was time to release the turtles, the beach area where it happens was packed. 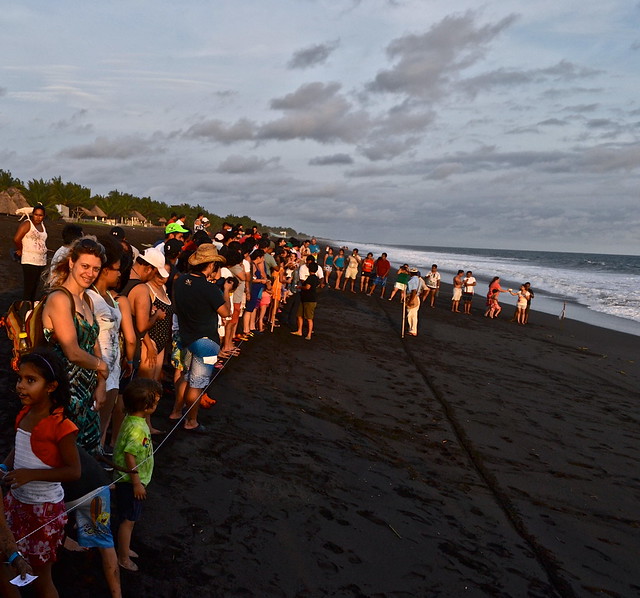 Plus, CECON ran out of tickets and not everyone was able to do the release. But they were able to watch.

You exchange the ticket for a tiny little creature 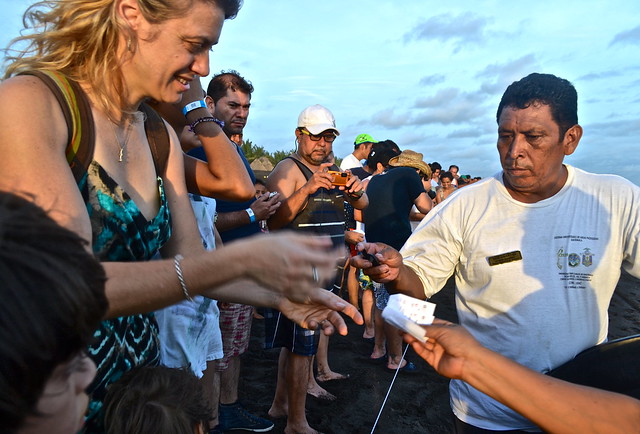 Next you wait until everyone has a turtle and we are all ready to let them go.

And off they go. The process is super slow, but so so fun 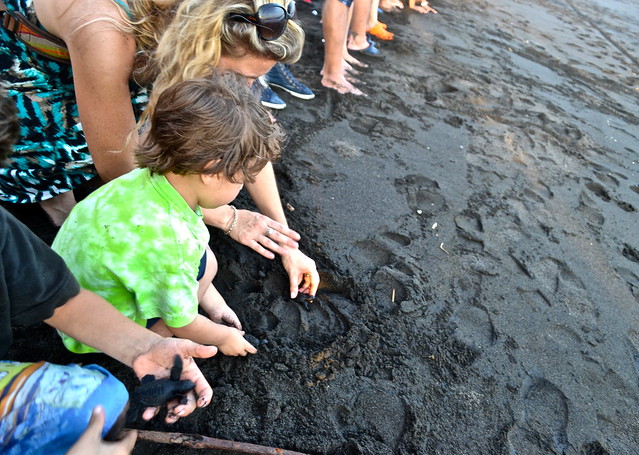 Some of the turtles get lost, they head in the wrong direction and but with a little help from the biologists they end up going where they need to be. 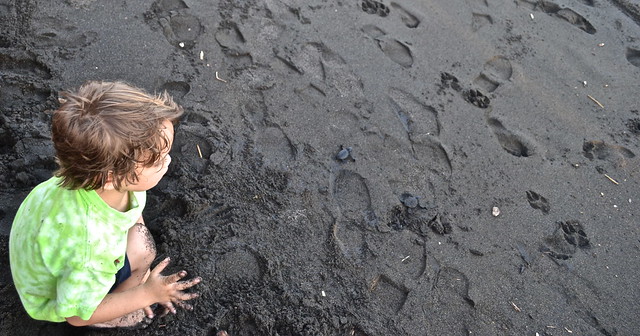 Just watching them go is a true wonder 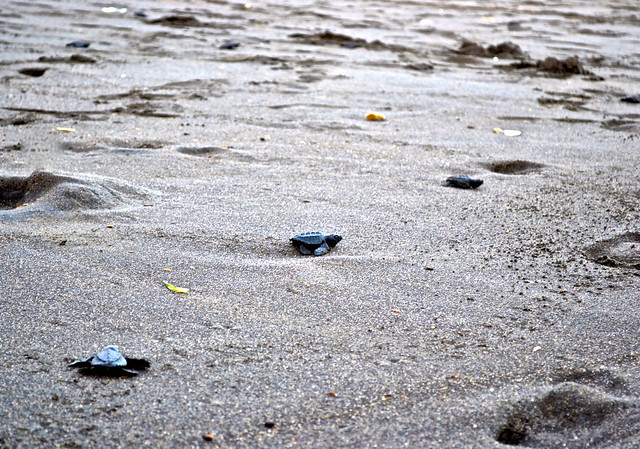 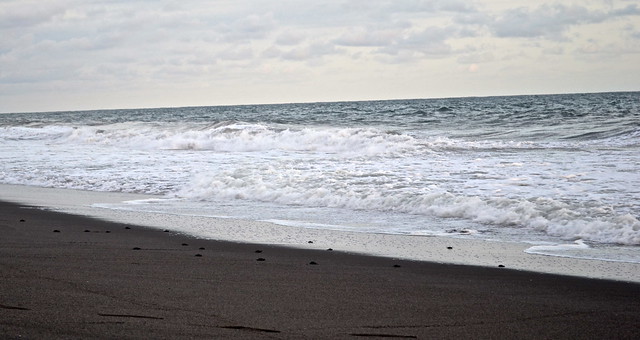 See all that happens live and root for the baby turtles with us.