Real Madrid Stadium Tour: A Bernabeu Tour For All Ages 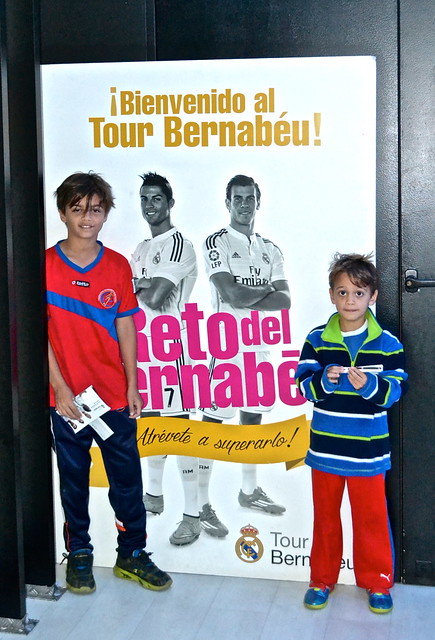 My oldest son dream is to go to a Real Madrid game. Being in Madrid, we thought that could happen. Unfortunately, none of the games took place while we were there. The next best thing, of course, the Real Madrid Stadium Tour also known as Tour Bernabeu.

Both my boys are huge futbolistas these days and seeing one of the world’s greatest teams stomping grounds is one way to inject them with serious inspiration.

You can purchase your ticket at booth #10 and head over the Tower B for a self-guided tour. When I first arrived there, I was extremely tempted to do the guided tour, which is offered in six languages. But we decided to go on our own because with kids guided tours can be a bit hard. 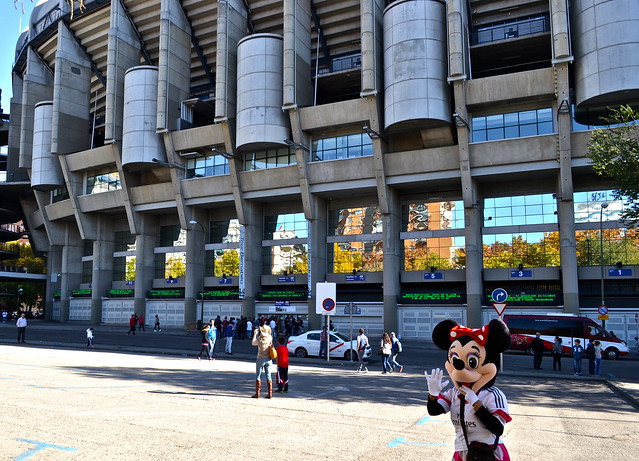 Now I can tell you, you don’t need a guided tour. The layout of the tour is great and you will learn all that you can possibly want to about this team.

1. Birds Eye View of the Stadium

you start at the very top of the place looking down at the field. 86,000 people can sit here. 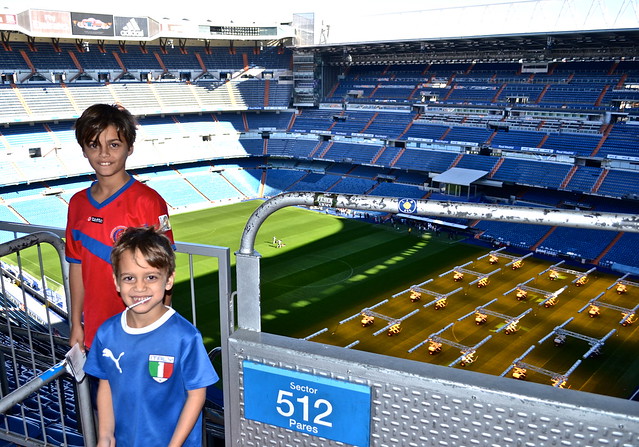 After you’ve got the feel of the place, now the educational part begins.

You can see their trophies. 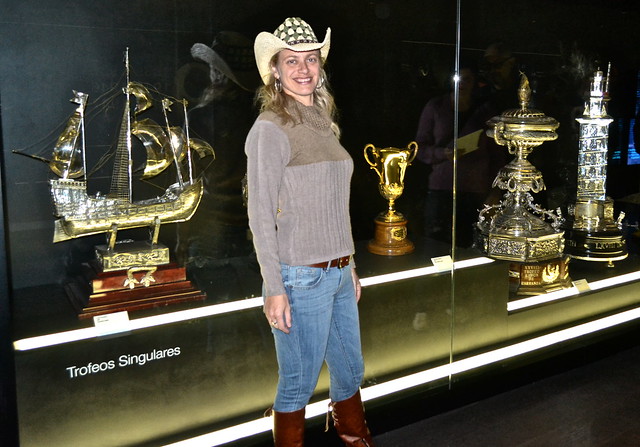 The evolution of cleats and the football (soccer ball)

Learn about the team players. Interestingly enough, even though we all know Ronaldo, he was not the best player they have had, but one of the many gifted ones.

All about the history of the team which is over 100 years old.

The community presence and so much more.

After you have had your fill of absorbing all there is to know, it’s time to get down to where the players make magic happen.

First we are permitted to sit where all the players from both teams sit with their coaches. 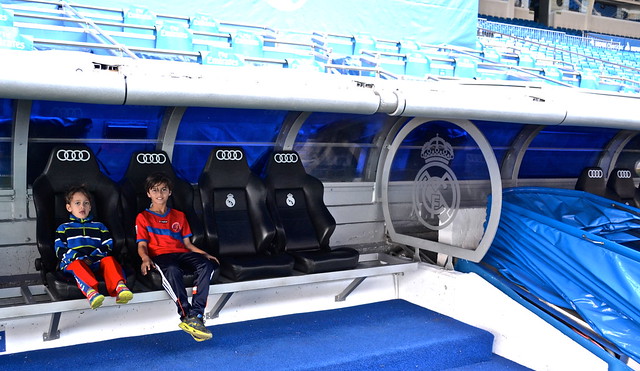 Check out the field itself as well.

you can give an interview if you want as well 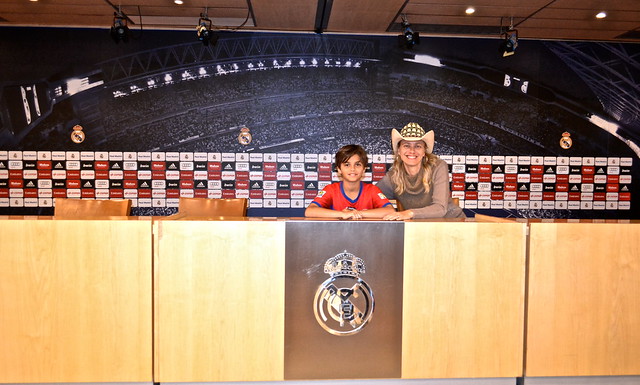 The tour itself takes about 1.5 – 2 hours at most. I am told that if you come during the weekday when the team is in town, you can see them practice. Next time we do any sports field tour, I will make sure to work around the athletes schedules.

Where to get the tickets: Ticket Office 10 beside Gate 7 (Paseo de la Castellana, the entrance to Tower B). 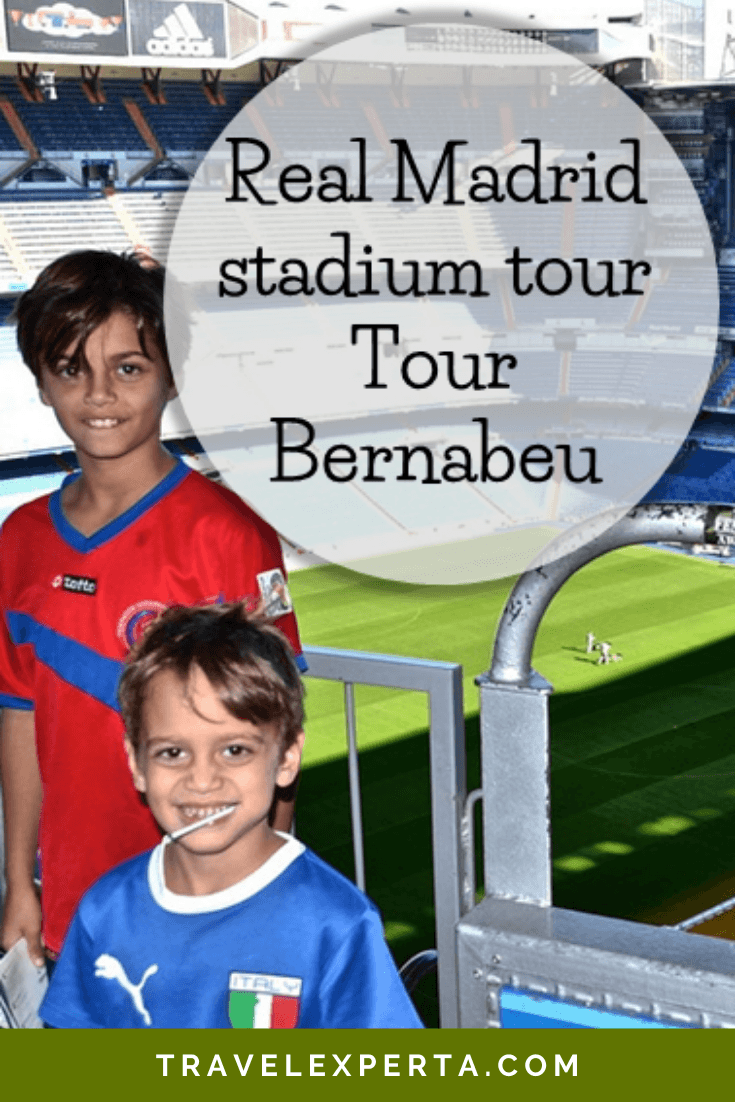 One thought on “Real Madrid Stadium Tour: A Bernabeu Tour For All Ages”