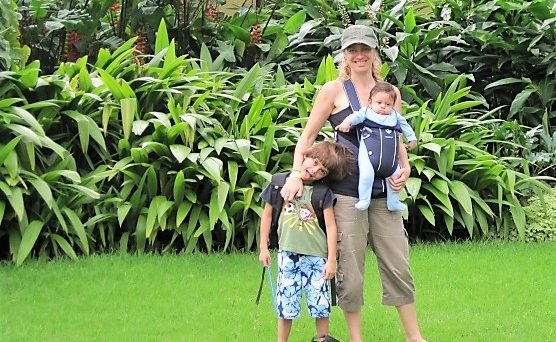 My kids are trilingual. They obviously speak Spanish because they were born in Central America, so Spanish, interestingly enough, is their first language. They speak completely fluent English because that’s really what we speak at home. English and Spanish are 100% bilingual, but also I personally speak Russian to them, and they are almost trilingual. If they were put into a place where they had to speak Russian, they would probably be fluent within a week or two, but they absolutely understand everything. Today we’re going to be talking about raising trilingual and bilingual kids.

The trick for raising kids with other languages, for instance, Spanish and English, is quite simple in Central America.  Live in a Spanish-speaking country, but Russian. There’s really no access to it.  And the majority of our friends and their classmates. They’re actually trilingual, especially if the parent is from another country like France or Portugal or Italy, Romania, Hungary, or other countries that are not Spanish, English, and the majority or Japan. I have really great friends from Japan or other Asian countries.

How do you do that? This is the main question that a lot of people ask, so it actually really comes down to consistency, and what I mean about consistency is you need to be consistently speaking to your kids in that language whenever you personally speak to them.

Speak to them in that language

You need to be speaking to them, addressing them in that language. That is the only way it cannot be done intermittently. It cannot be done once in a blue moon. They will not learn it, but you do have to be consistent. Almost a disciplinary style. Whenever you see them, you speak to them in that language. And yes, it would be great if they could speak back to you as well. It’s that practice. It’s that flow.

Visit the Country That Speaks the Desire Language

If you have access to going and visiting that country where they have your language for me, unfortunately, visiting Russia or Ukraine right now is totally not possible. Right, there’s always some sort of issue with Russia, but whenever we are visiting my parents they always need to only speak to them in Russian whenever we’re visiting my relatives that are Russian speakers, as well.

So you need to be putting them into those situations as well. But I know a lot of Europeans who go and stay with their kids for one or two or three months in those countries, and the kids really get to practice that language a lot. And that is an absolute gift, but a lot of times we don’t have that access.

The most important thing is consistency, and it is always disciplined, being disciplined enough to speak to them in your language that you want to do, even though you do know how to speak the other languages, this is how you do it, and you could do it in front of other people.

Just do it and it can get hard, especially the older they become. I find myself really having issues the older they become when I want to speak more serious stuff that I really want to get to them. But then I went back to Russia. I realized, wait, I’ve just stepped outside of speaking that language. I go back to Russian and again the best thing to do is add consistency and visit the country as well.