Everyone has a bucket list. Even if you don’t write one down, you just know some things you must see and do. Checking out a lighthouse was one for me. Sure, I’ve been to many towns with lighthouses, yet I have never actually gone to one and never climbed to the top. That’s why we visited Ponce Inlet Lighthouse, the tallest lighthouse in Florida! 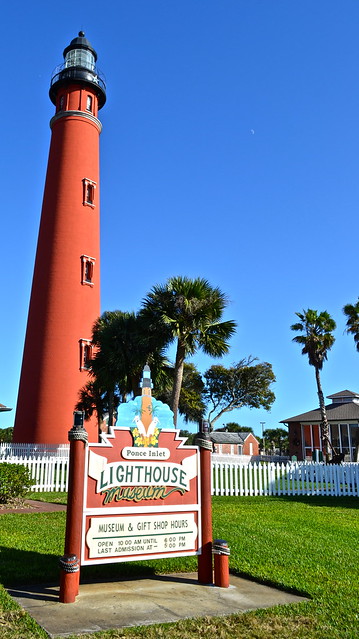 The tallest lighthouse in Florida

So what better place to take the kids than to the second-tallest Lighthouse in the US (North Carolina has the tallest) and the tallest in Florida. Plus, when visiting Daytona Beach Florida area climbing to the top of Ponce Inlet Lighthouse is one of the top attractions to do in Daytona.

The lighthouse is located in Ponce Inlet, which is one of the oldest communities of Daytona founded in 1887. The neighborhood runs along the beach and has a very relaxed, suburban feel with gorgeous houses and perfectly manicured. 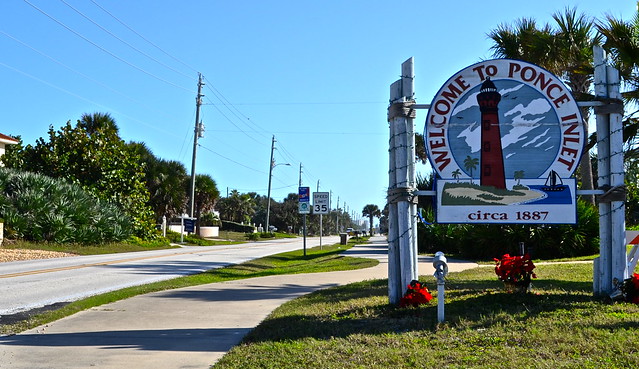 What to Do While Visiting the Ponce Inlet Lighthouse

The lighthouse is actually a lot more than just climbing to the top to get the views. Although, this is by far the most fun. 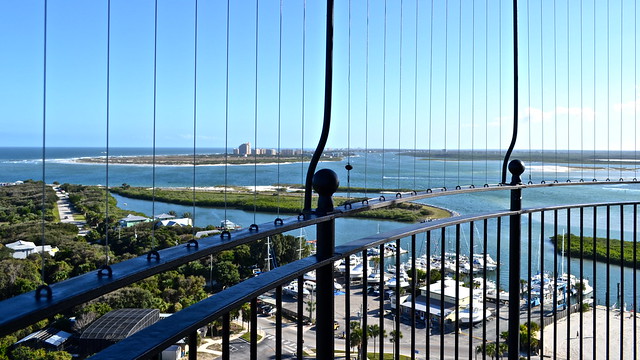 How many steps are in the ponce inlet lighthouse?

There are 203 steps to climb. But it is not just a climb, it is a beautiful and narrow staircase. 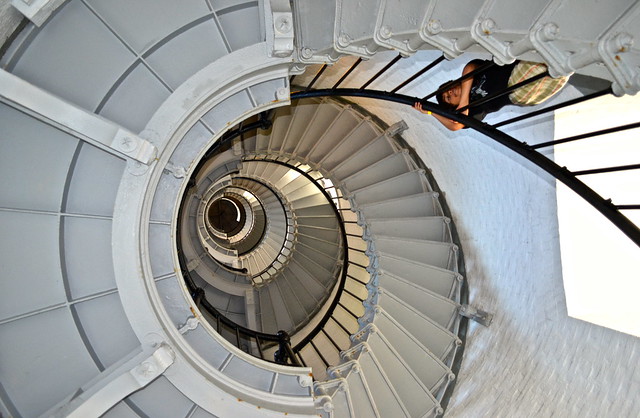 Getting to the top is a reward well deserved – especially if you are climbing with kids. 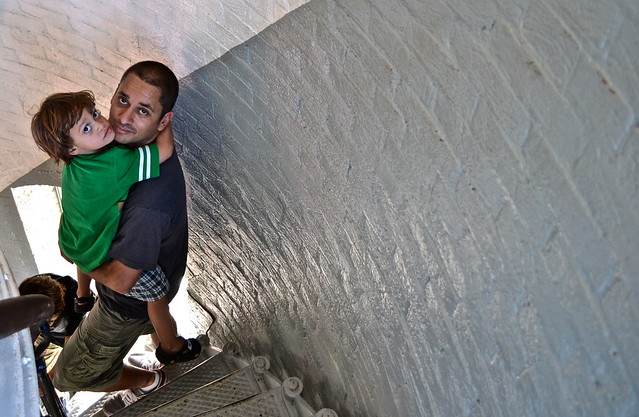 NOTE: my children had no problem climbing up or going down. But some of the kids in front of us were terrified and had to go down very slowly. Also if you are scared of heights, it might be better to enjoy the lighthouse from the bottom.

And wind – that can (almost) blow you away. But don’t worry, it is super safe on top and the wind makes it a better experience. 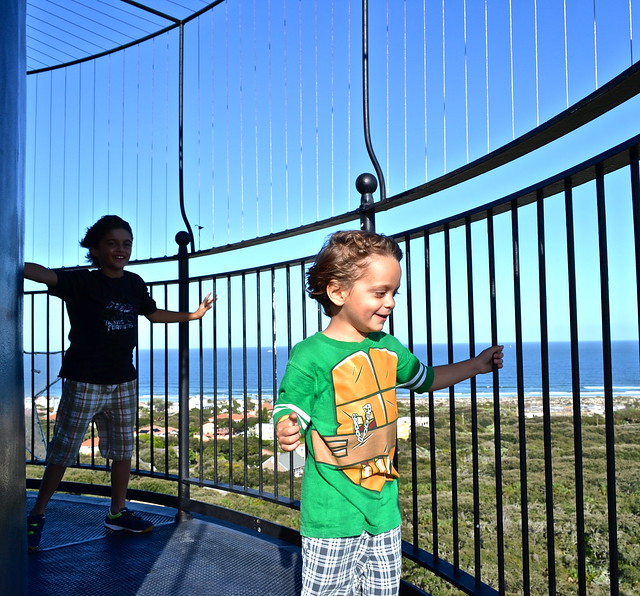 Visit the village that once prospered when the lighthouse was working. Walk around the grounds and visit the shop. 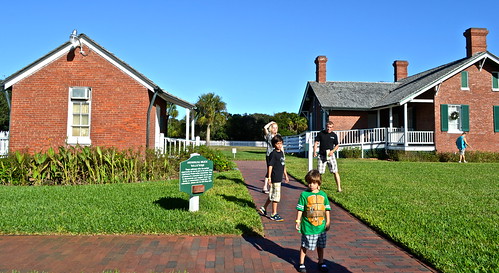 Quick Note – The Daytona Lighthouse is one of the few lighthouses in the US that permit very young and small kids to climb to the top. Usually the height restrictions are 48 inches and taller. This makes it a perfect place to visit for families with young families.