Could plans for new London airport take off?

Usually, any idea that pops out of Mayor of London Boris Johnson’s head is to be taken with a pinch of salt, but it seems that one of his brainwaves may yet be given the go-ahead. Mr Johnson’s plan for a new airport serving the capital in the middle of the Thames Estuary could help to add to the capital’s long list of aircraft terminals. 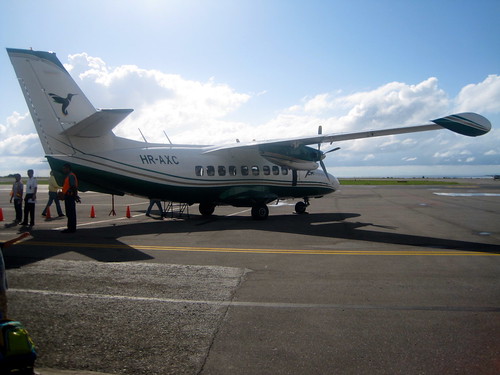 With Heathrow, the city’s principal airport, running low on space for an extra runway, Mr Johnson’s proposal for a new site – London Britannia – seems absurd at first glance. The six-runway airport is meant to be constructed on an artificial island on the Thames Estuary, which has been dubbed ‘Boris Island’ by the media. The idea was first proposed more than five years ago.

On a wing and a prayer?

Part of the thinking behind the creation of London Britannia Airport is to try and reduce congestion and air pollution over London itself, something which flights to and from Heathrow have contributed significantly. The new airport will be located to the east of the capital in a rural area, which has served to anger many of the plan’s critics, fearing the worst for the surrounding environment.

Some believe that the sheer cost of the scheme, not to mention its possible impact on other airports such as Heathrow, Gatwick, Stansted and Luton, may see the entire project get binned. The estimated cost of London Britannia is over £47bn, which is a huge amount to commit to something that’s not guaranteed to be a success straight away, especially if austerity measures continue.

It’s likely that the airport isn’t going to get off the ground anytime soon. Many bookmakers believe that in the next decade or so, the project won’t progress any further than it has already, owing to a number of factors including costs and objections from locals in the Whitstable area. As for the chances of a third runway being built at Heathrow, the likelihood seems just as low

About the chances of London Britannia being built or a third runway being constructed at Heathrow, Alex Donohue of Ladbrokes said: “Of the two options we think London Britannia looks the more likely. Despite that, it still looks long odds-on that London’s airport capacity problem isn’t resolved any time soon.”

At present, the odds of a scheduled flight taking off from London Britannia before 2023 are 5/1. As for the chances of a third runway at Heathrow becoming reality, the price is a little bit longer at 12/1. Should either happen, then regular travellers by plane in the capital will no longer fear queuing for an eternity to board their flight and head off to their sun-kissed destination.

For now, neither is likely to happen. This means that the residents of the Thames Estuary towns affected by ‘Boris Island’ can rest a little easier, while commuters will have to put up with long waits at the check-in gates.