Pig Roast Festivity: What Is It All About?

Pig Roast Festivity: What Is It All About? 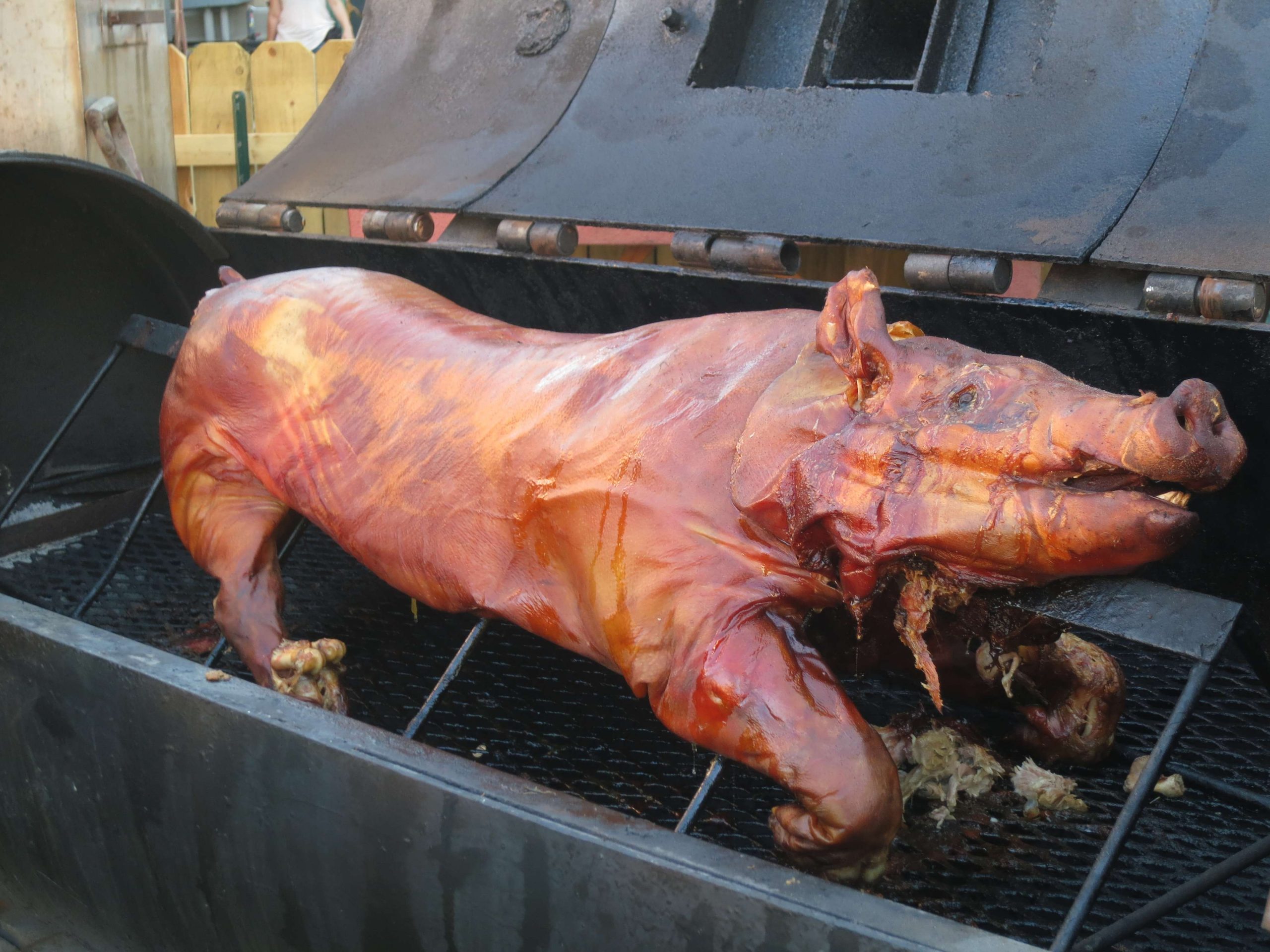 Pig roasts are too popular in Guatemala and in the majority of Central American countries. But, what exactly is a pig roast? Well, it’s pretty much exactly that. They got a whole pig, and then they roasted it in a fire pit. But it’s amazing to see how popular this is for an actual gathering. Today we’re going to be talking about a pig roast.

What is pig roast festivity in Guatemala?

Normally when you have a pig roast, that’s usually all you get and maybe a couple of potatoes and a few greens, but that’s pretty much it. So if you are a vegetarian or a vegan, you need to let the person who is inviting you know ahead of time, because otherwise there are zero options for you. Or even better, bring something yourself.

Pig roasts can be found all over the country, especially on weekends, it’s a popular thing to do with the locals. They just go to these kinds of open restaurants, but they’re just nothing but pig roast, and sometimes they’re just pop-ups on highways or roads or little towns just like that.

I’ve been invited to a couple of pig roasts. The first time we went, we were not really vegetarian, so we were able to kind of do a bit of a taste test. However, it’s really not something that we choose and now that we’re vegetarians and vegans, we don’t ever go to these things. I don’t care who is inviting us. It’s just not something that we have any interest in, the fact that you know, you see the whole pig, it’s a cultural thing for sure.

If you want to do a cultural thing, it might be something interesting to try. But if not, I don’t know how great it is. It’s also, you know, the chance of it not being super hygienic. I don’t care if it’s over a fire. These pigs, you don’t know where they’re coming from, what they’re eating. So, especially if you are in a smaller village and if you’re going to like a local party again, I personally don’t fully recommend it.

It is definitely, you know, a thing like a go-at-your-own-risk type of place, and again, it could be something different, but so are bullfights. So give that a second thought.