Every year when visiting my parents for the Holidays in December we like to go away as a family for a couple of nights to the neighboring resorts in South Florida. This year, we chose PGA National Resort and Spa in Palm Beach. Visiting West Palm Beach, we have passed this resort many times and of course, have heard of it since PGA and golfing is practically the national sport of Florida. So, needless to say, I was super excited that we were able to visit and truly enjoy it this past year. 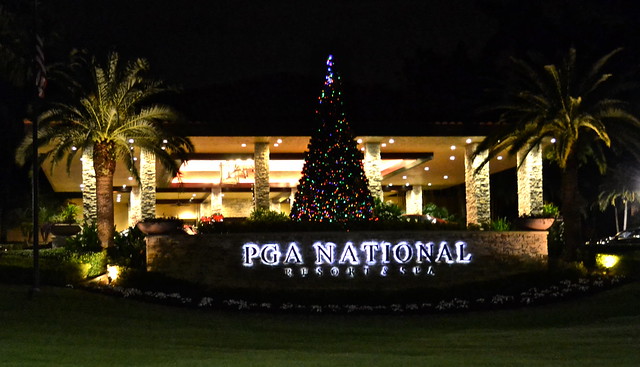 Since we don’t celebrate Christmas, we decided to stay there for Christmas Eve and Day. And this in itself was a huge treat.

Even though the majority of the activities and events at the resort are golf oriented, it was great to see how many family things they had going on as well.

Here’s a quick tour of what to see and do at the resort (plus Holiday fun):

Our room was huge. I wasn’t expecting that at all. Our room had a huge living space, dining area, and balcony. 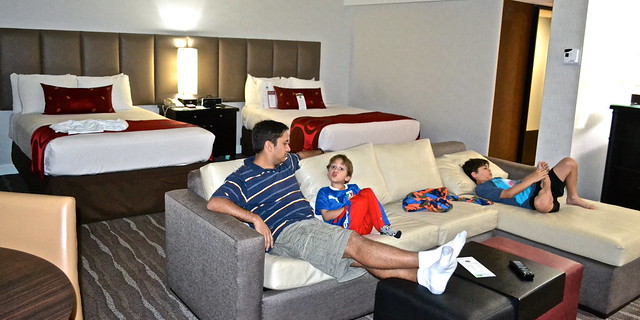 With two queen-sized beds. However, we also used the sofa bed for my oldest boy and he loved it. 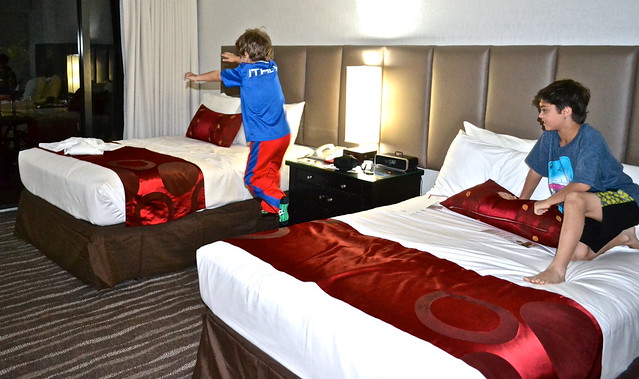 Room service is good into the late evening, if you’re too lazy to get up from your cozy couch (like we were). 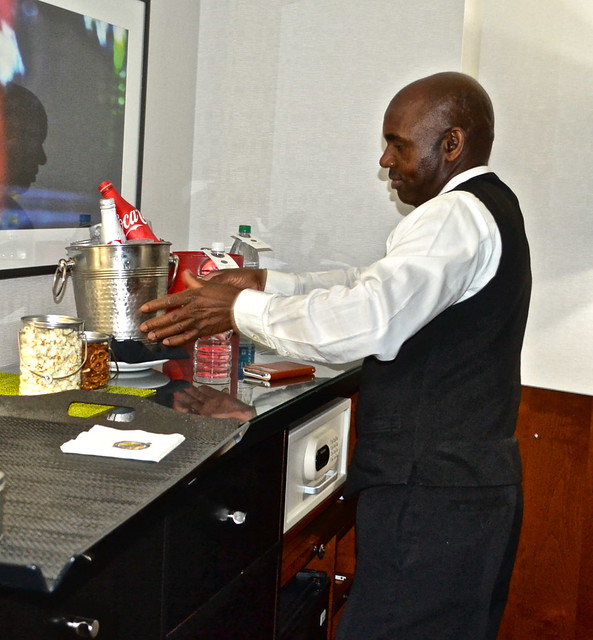 I normally don’t write too much about lobbies of hotels, since we mainly just use them to walk through. 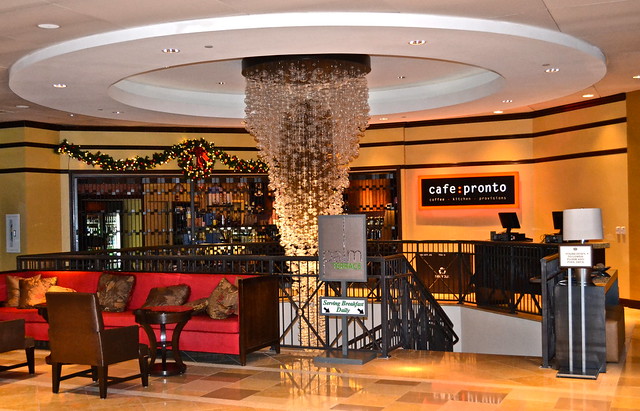 For some reason, we ended up enjoying this lobby a lot. Some activities were in the lobby, plus it was simply a great place to lounge out. 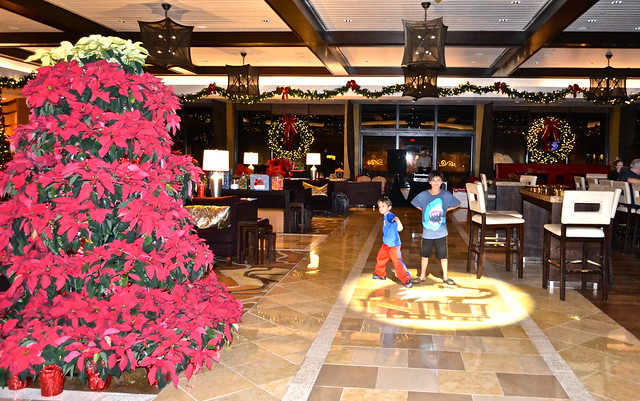 And for Christmas Eve they had carolers. A little confession, I have never seen live Christmas carolers before, so this was a fun treat for me as well as the kids. 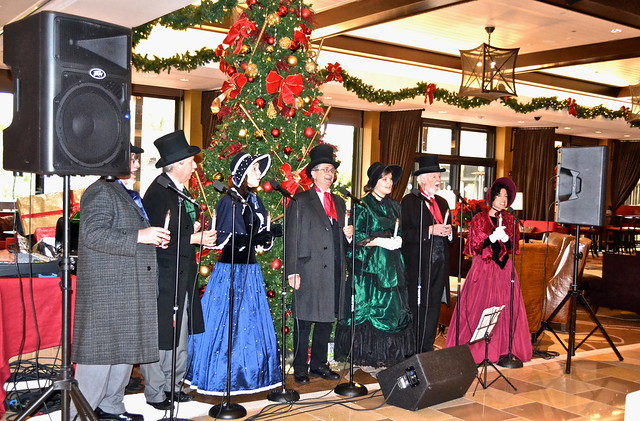 This was by far our favorite part of staying here. The pool is open from early morning to around 10 pm. 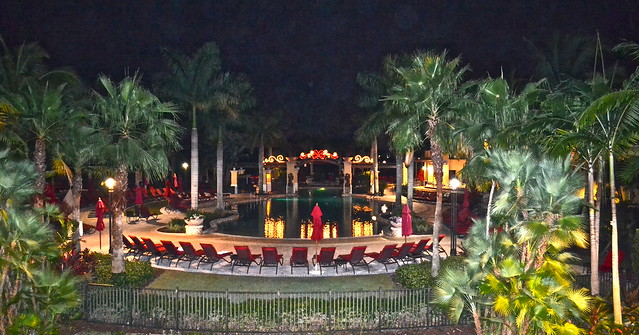 We hit the pool right after breakfast and stayed there all day. 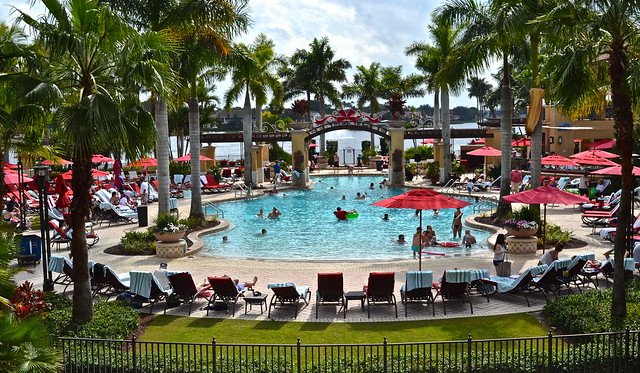 We also enjoyed the live music – he was REALLY good! 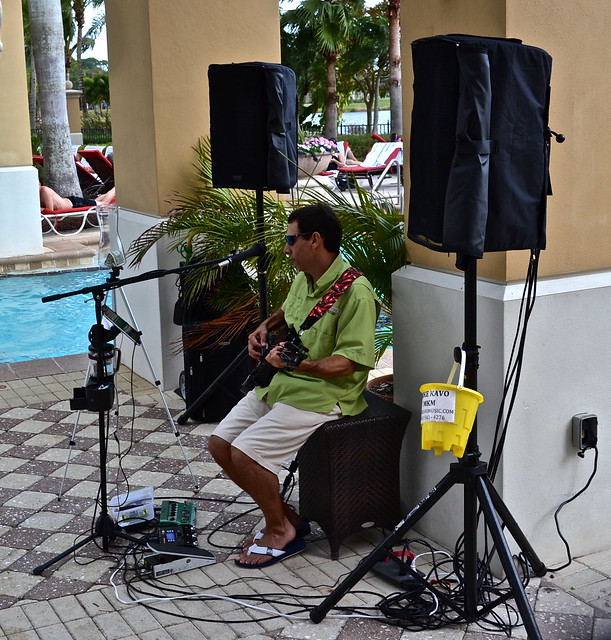 The hotel has quite a few restaurants. We got to enjoy two of them

This is where the breakfast buffet is held and it’s a great place. 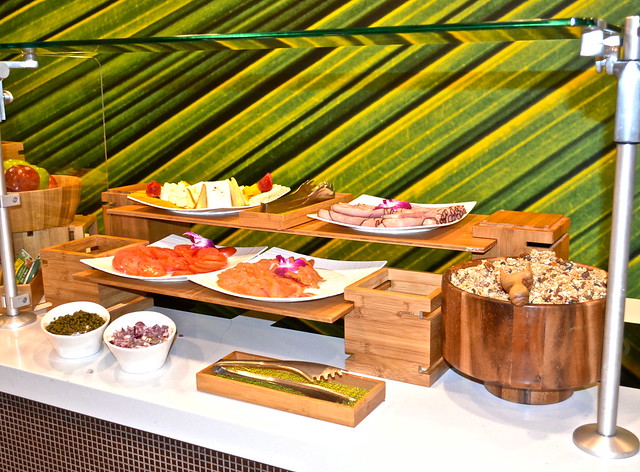 Plus, we were so lucky. Santa Claus and Mrs. Claus were visiting the day were there. And they weren’t just snapping photos with the kids, they were actually entertaining them with magic tricks and other fun stuff. A huge bonus to our stay. 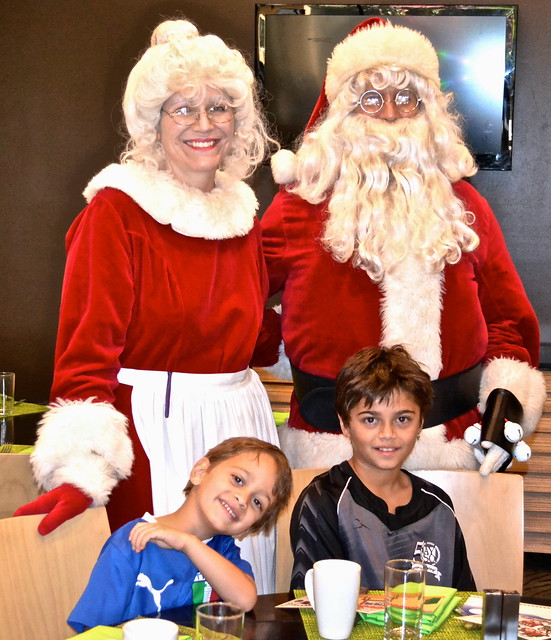 This restaurant is located right by the pool and is open mainly for lunch. The day we were there they had a lunch buffet – BBQ style. 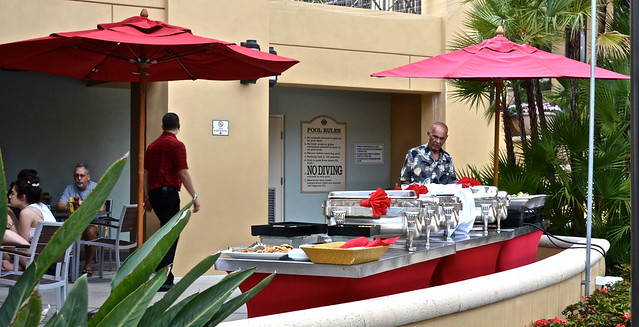 Plus, I loved their bucket Mojitos – and yes I did finish it all (only took me five hours to do so). 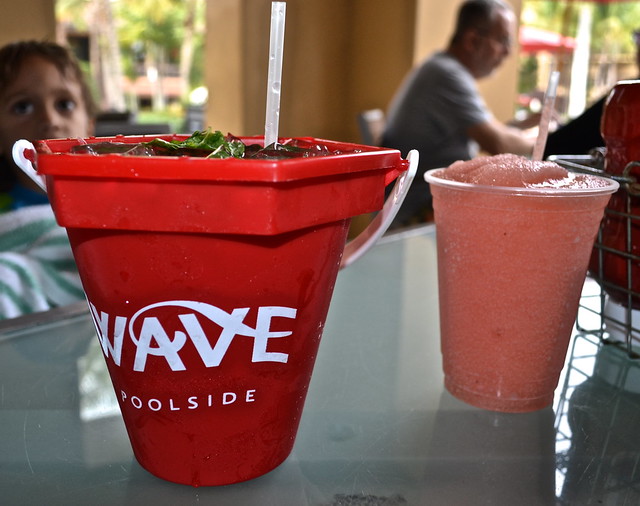 This is one of their biggest attractions, and it is open to the public. It practically works separately from the hotel. It is 40,000 square feet of goodness.

Basically, it is a full-service spa with over 150 treatments. Manicures, hair salons, pedicures and so much more.

They even have an area where it is adults only for swimming and enjoying the tranquility. 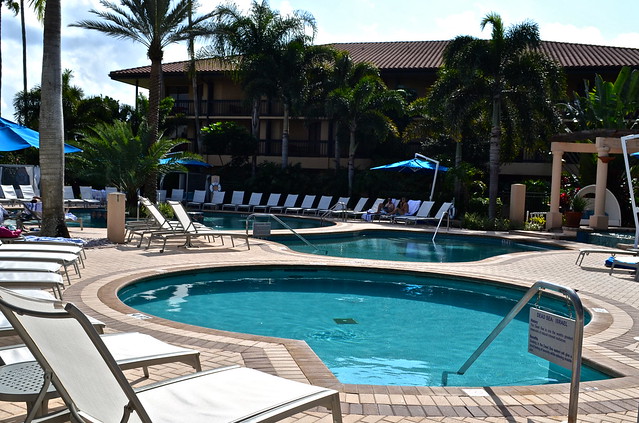 Tennis here is as popular as golf. However, it is also a full-on gym. 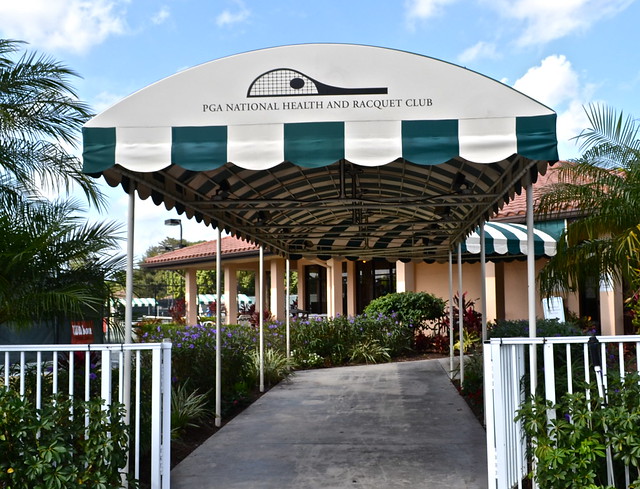 They have a full gym and also a gym just for personal trainers.

And a lap pool so you don’t get hit by kids playing. 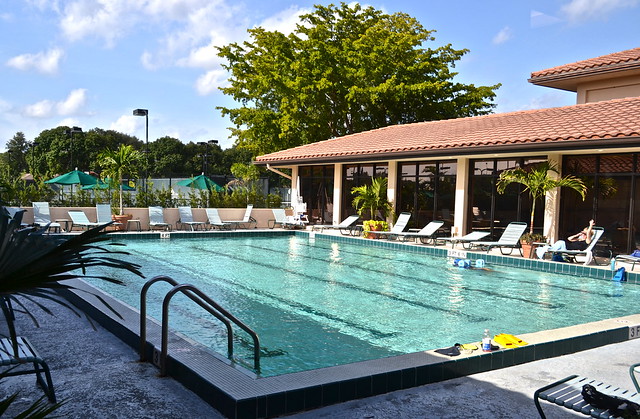 This is really what it is all about. Being the number one stop of the PGA tournament of the Honda Classic the courses here are world-class.

The Golf Courses at PGA National Resort and Spa

The Fazio (formerly known as The Haig)