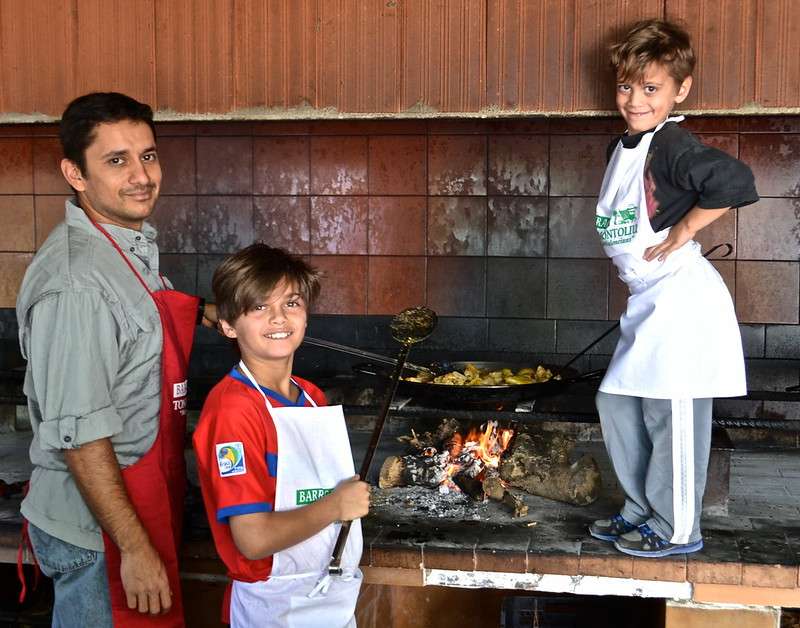 Do you know what Valencia is known for? Paella, amongst other things, of course. But we all love paella in one form or another. I have been to Spain many times, but this time we travel to Valencia and got the chance to take an authentic paella cooking class. Paella is also not only the national cuisine of Spain and obviously Valencia, the birth of paella, but it’s also a really hot thing to do.

You take cooking classes in Valencia to learn how to make paella. While we were there, we actually did two paella cooking classes for me and my family. The first one we did was in Valencia Center, and it was really cool because we went to the market, we bought all the ingredients, and then we did the actual paella cooking. So the main ingredients of paella are obviously rice, saffron, mussels escargot, which is snails, and rabbit.

You could substitute rabbit with chicken, and mussels can be substituted instead with the snails, but the traditional one is obviously the rice, rabbit, and snails. So that was the one that we made there particularly, and it was a really great experience connecting the family. 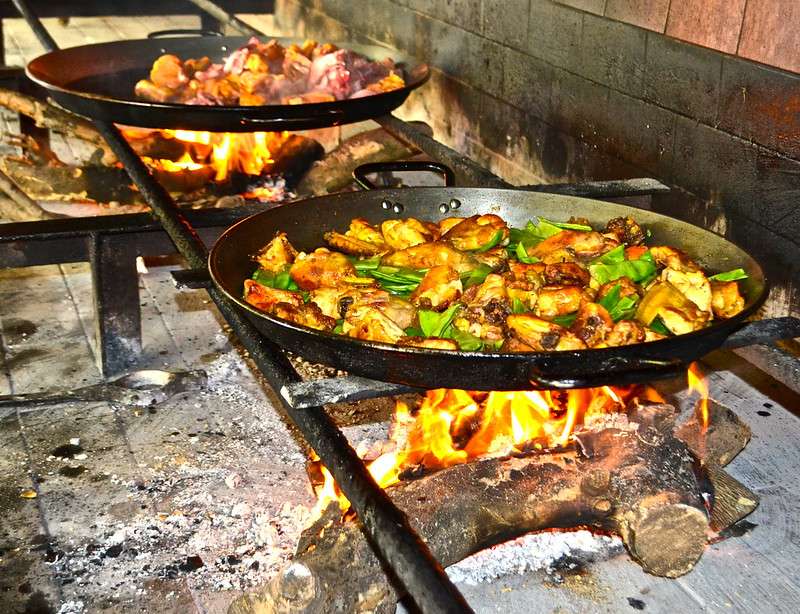 Paella Cooking Class on the Countryside

We also made arrangements to go and do another paella class out in the countryside, because that’s where the real paella was discovered and created, and was out in the country. We got to this amazing little restaurant where you do the paella cooking all outdoors, and the guy has this farm, and it’s literally farm to table for the fresh ingredients.

I don’t know about the actual rabbit, but there was a rabbit there, and he gave us an option if we want to do it with the snails or without. And honestly, for me, the snails ruined the flavor, so I asked him to not do it with that, and we were able to eat it.

We were able to cook it without the snails this time around, since the last class we did. So here was the really cool part of this experience. 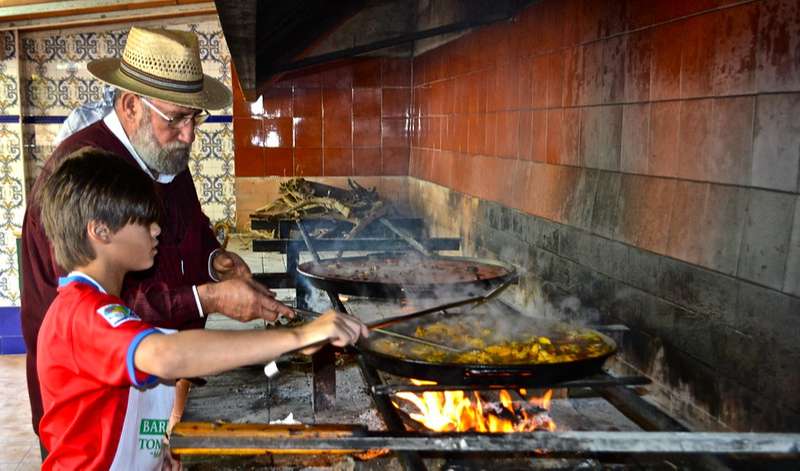 When we first moved to Central America, we moved to Costa Rica, and 18 years ago, I remember I was still pregnant with my first son.

My parents came to visit us in Costa Rica, and we were recommended a really great experiential restaurant. It was in the mountains, and it was this one guy from Spain, Valencia, and his specialty was paella. It was not a cooking class. It was paella.

You arrived there at, like, 08:00 p.m. There was only one sitting, and you stayed through midnight. It was this family thing. You would say you first have appetizers and so on, and then paella, and then he would give you his home, make wine, and all this other amazing stuff. My parents and, I just had a blast.

When we visited Valencia a decade and a half later, and we went out to this amazing countryside, and the guy, the main owner, the chef, he was in his late 60s, and he’s got these pictures all over the place. Where is this? This looks really familiar. He’s like, oh, my brother in Costa Rica decided to retire from here and open up his restaurant there.

I think it was called Luna de Valencia. I don’t remember. We’re like, we’ve been there with my family, and it was just this really amazing because the experience that we had in Costa Rica, we still remember to this day, that’s how amazing of eating out dining experience it was, and here we are now cooking with this guy, and he was just amazing at this point. 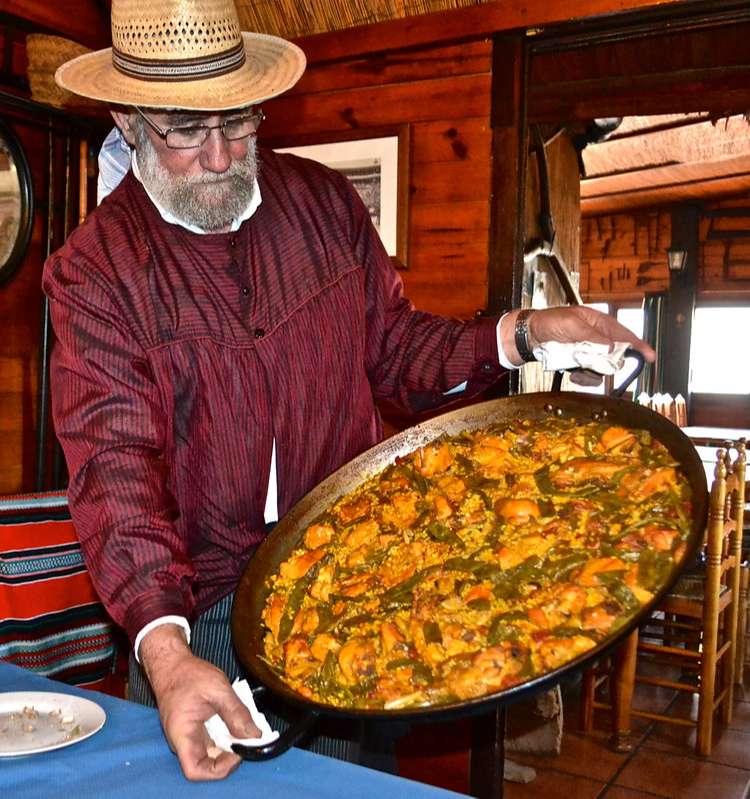 My second son was with us, and he was young, and he was just so part of the whole cooking experience.

The whole cooking is really what is cooking. It’s about bringing family and bringing people together, and that is exactly what we got from this experience. Honestly, I t recommend taking a cooking class. It might not be going out in the country, it might not even be in Valencia. But just having a cooking experience with the family, Especially when it’s a traditional dish of the place that you are visiting, is just phenomenal.

I recommend it on every level, and doing this paella experience, I mean, now not only do we have his brother’s experience now, but we also could remember him just as fondly, and it was phenomenal. My point here is, yes, paella is delicious, and you can learn how to make it. But if you don’t have a chance to do a paella cooking class, go and try another class, go and try an experience that will be in your mind forever and a memory that you could have with your family or your loved one or for yourself. It doesn’t matter. 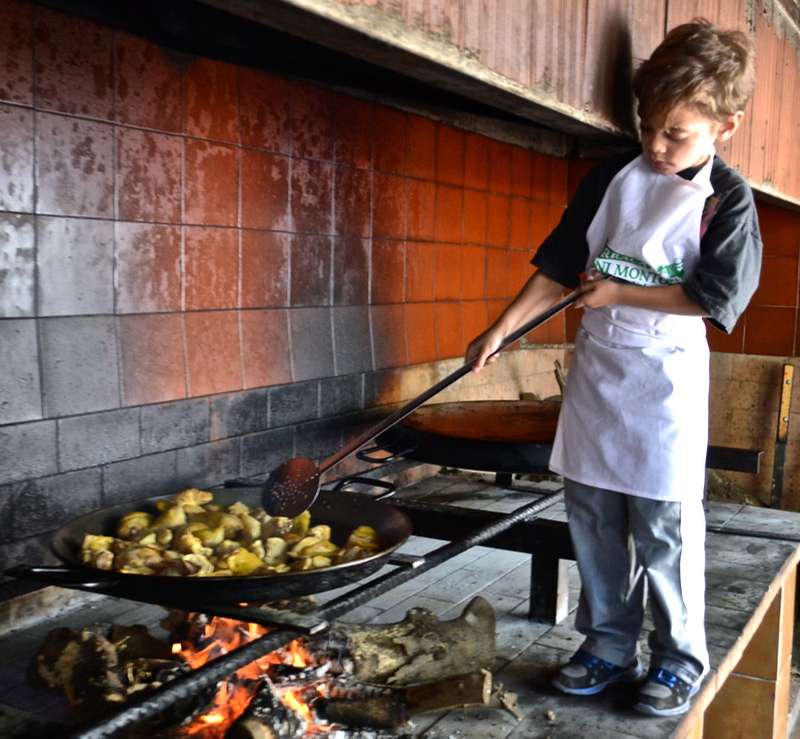