New York and London: Tips for Touring These Top Cities

New York and London are two of the world’s most exciting cities to visit. This also means they are among the most popular and can get very crowded. But if you follow our proven strategy, you will be able to better enjoy your time in both of these fabulous places and see a lot of sites. Here’s some common-sense advice that many travelers forget to follow. The best way to schedule a visit to destinations that can become flooded with tourists is to go to the most popular attractions during the slowest times and then to the lesser-known spots during the rest of the times. And of course you probably already know that for the most visited attractions, like museums, churches, parks and palaces, you can generally purchase tickets in advance online.Travel tips learned by visiting a lot of large cities,follow these London and New York city Tips to have a good experience while visiting.

When making reservations, of course, you want to go as early in the day as possible, because as the day progresses, more people arrive. So the crowds keep growing and growing throughout the day. After you’ve scheduled your top sites, you can fill in the rest of your schedule with some of our more off-the-beaten-path spots, listed below. You’ll see that you’ll be highly rewarded for swimming upstream, not in the mainstream! 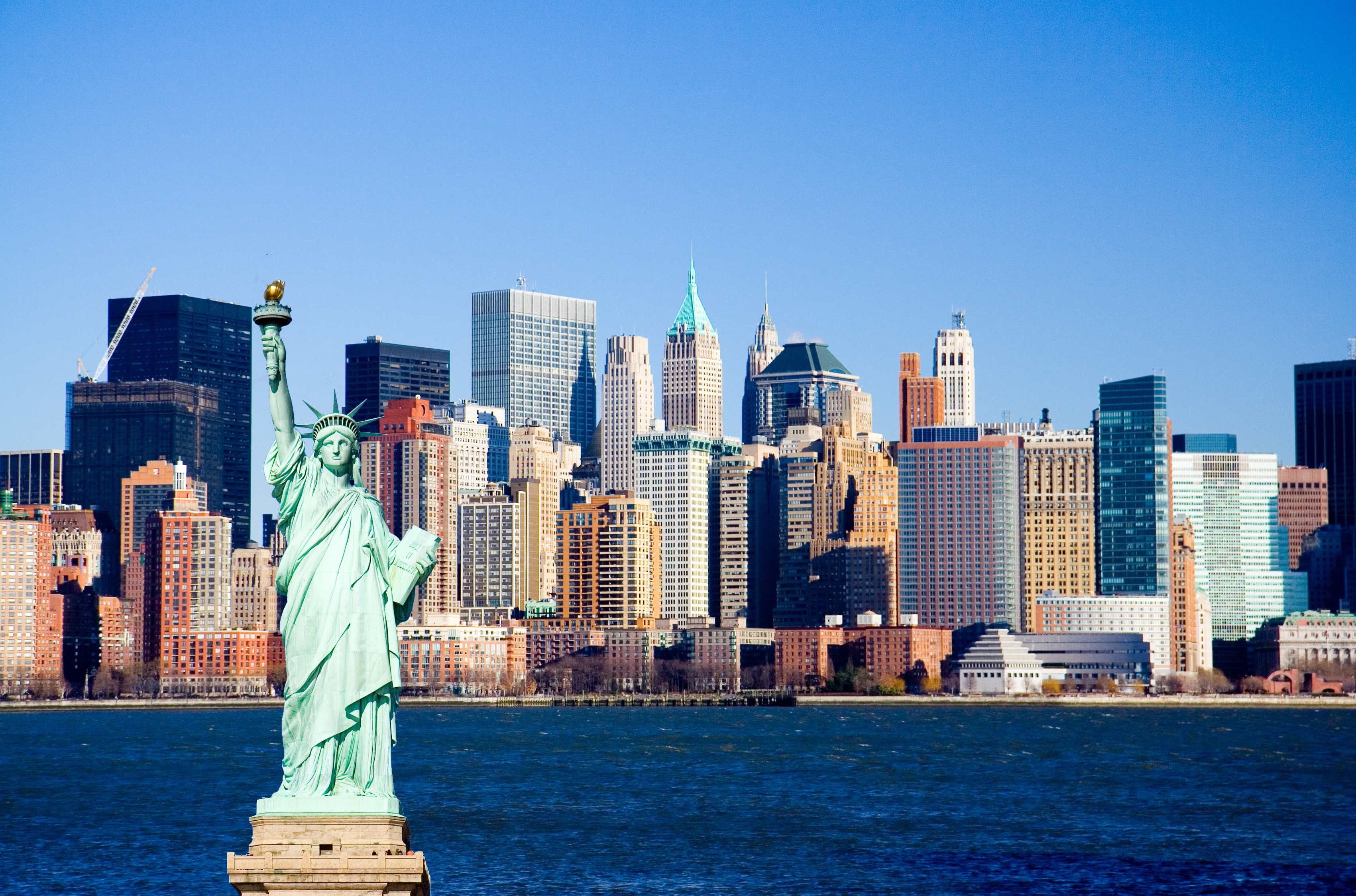 Before we share details about our favorite hidden spots in New York and London, we have another great tip for you. In the past few years, we’ve been hearing more and more from people using Airbnb and similar services saying they don’t have anywhere to store their luggage. This happens before check-in and after checkout, and they’re stuck dragging their baggage around with them. This is definitely something you want to avoid. There are of course some storage lockers in London and New York, but not many. Meanwhile, those that you can find are not necessarily convenient or cheap, and most charge for the entire day. But there are now some great alternatives. The good news is that there’s a new type of luggage-storage company, including LuggageHero, that allows you to drop off your bags in spots all over the city. Also, you pay hourly, only for the time your bag is stored. Because of the dozens of convenient drop-off points all over New York and London, you can even transfer your bag to different locations as you visit different attractions there. Or, if it’s easier, just leave it in a spot that is convenient throughout the day.

You’ll definitely want to plan ahead and book reservations early in the day at the most popular sites and museums, such as the Metropolitan Museum of Art and the Empire State Building. Of course some popular places are free or you’re just viewing them, and for those we suggest that you also try to go either early or around dinnertime, when the majority of people are eating.

Places under that category could be Central Park, Wall Street and of course just standing around and gaping at the stupendous skyline.

Here’s a twofer: Roosevelt Island, directly under the Queensboro Bridge, is worth a trip by itself. You can reach the narrow two-mile-long island in the East River by car, but the elevated tram ride there is so much more fun. And here’s your spooky add-on. While there, visit the ruins of the 19th-century Renwick Smallpox Hospital. The abandoned building has even been designated a New York City Landmark. New York fought smallpox disease harder and longer than many places in America because of its dense population and a high number of European immigrants.

The hospital was built on Roosevelt Island (officially part of Manhattan) because the location was out of the way and not heavily populated, perfect conditions for a quarantine. Once you’re on the island, walk south and you can’t miss the hospital ruins. A stabilization project has been ongoing and the plan is to one day open the site to the public. For now, you can view it from a safe distance.

The High Line linear park used to be under the radar, but that secret is now definitely out and it can be a madhouse up there. While we still love it anyway, we’re here to tell you that it’s not the only game in town. The Elevated Acre, which you enter at 55 Water Street in lower Manhattan near the Financial District, is a secret patch of green space. OK, so you get there via a long, shiny escalator and the grass is actually fake (though there are real plants). This is New York City, after all. Along with enjoying a bit of green space tucked away between ground and skyscrapers, you’ll also have fantastic views of the surroundings from this urban oasis. You can see Brooklyn Heights across the East River, the Brooklyn and Manhattan bridges, and even Governor’s Island.

When you’re not walking across the Brooklyn Bridge, you might want to take some time to admire it from afar. Brooklyn Bridge Park affords close-up views and is an easy spot from which to hop on the East River Ferry. But there’s also a new waterfront park in town, which just opened in 2018. Domino Park is built up over the grounds of the former Domino Sugar Factory, a historically significant industrial building in the trendy Williamsburg area. Just north of the Williamsburg Bridge, it features an elevated walkway perfect for snapping enviable photos of lower Manhattan and the river. It also contains a dog park, playground, restaurant, fountain and sports courts. The eventual plan calls for creative office space, mixed-use residential buildings and an expansion of the park.

One of the funnest things about NY is that it’s almost got it’s own language, so if you want to learn slang from New York City, you can fit right in with the crowd.

As with New York, make reservations at the top ticketed locations, such as the Tower of London and the London Eye. The national museums are free (including Tate Modern and the National allery), so you’ll want to visit those as early or as late in the day as possible. The same goes for places you’re simply viewing, such as the changing of the guard at Buckingham Palace, Big Ben and the Millennium Bridge. You’ll also want to stroll across that modern masterpiece spanning the Thames River, especially since it’s reserved for pedestrians.

Like New York, London has its own “Central Park,” the 350-acre Hyde Park. It’s a beauty, but it’s also busy and attracts a lot of tourists. For something different, check out Battersea Park.

The 200-acre green space is away from the beaten path for most tourists. Speaking of paths, it has miles of running trails if you’re up for some exercise. Across from Chelsea and on the South Bank of the River Thames, the park also has gorgeous waterfront views. And, when you’re in need of some deep relaxation, you can chill out in front of the amazing 100-foot-tall Buddhist Peace Pagoda. Other highlights include the Old English Garden, a zoo, bandstand, mini-golf and a boating lake. From the park you get a fantastic view of the lovely Albert Bridge, which is especially magical when illuminated with tiny lights. Bonus stop: Just outside of the park is the Battersea Power Station, an architecture and neighborhood renewal project, reusing and renovating the once-declining utility icon.

You’ve probably heard of Camden Market, London’s original craft market, which dates to the 1970s. It’s busy every day, but especially on weekends. Instead, or in addition, check out Brick Lane Market and Sunday Upmarket. At Brick Lane, a collection of old warehouses and open streets, you’ll find all sorts of funky pop-up shops (many offer vintage goods), cafes and bars.

Sundays feature street performers and lively young crowds. Also on Sunday, the nearby Boiler House is used as an international food hall. Next to that, in what was an old brewery, you can find the Sunday Upmarket, with international food stalls and clothing and craft vendors selling creative hand-made pieces.

Yes, Liverpool claims the Beatles. But in London, you can go on a double date with two famous albeit mismatched musicians. They both sported frilly shirts, puffy hair and wrote music so recognizable and everlasting than a mention conjures a world. Utter “Hallelujah” and George Frideric Handel’s most famous piece, the oratorio “Messiah,” soars in your head. Say “Purple Haze,” and Jimi Hendrix’s guitar screams out in all its psychedelic glory. Improbably, the two men also shared a flat wall — a couple of centuries apart – at numbers 23 and 25 Brook Street in London’s Mayfair district. Now the time has brought them together at Handel & Hendrix in London, the site of an existing Handel museum that later opened up Hendrix’s living space. Handel, born in 1685 in Germany, moved into his then-house on Brook Street in 1723, composed several important works there, including “Messiah,” and stayed in the house until he died in 1759, at age 74. Hendrix’s stay was much shorter, from 1968 to 1969. He died in 1970 in a London hospital at age 27, presumably related to a drug overdose. During Hendrix’s time on Brook Street, the American was at the height of his career, touring often. Nonetheless, he called the apartment his first real home of his own. Hendrix’s bedroom has been restored to how it was at the time, and additional exhibition space has been added. It was said that Hendrix was excited to learn of the Handel connection and immediately purchased some of his music. One can also imagine Handel appreciating Hendrix’s talents, if not, perhaps, the screaming guitar licks.