Australia is known for its wide variety of delicious foods and drinks. The country’s cuisine is influenced by all of its neighbors: from American barbecue, Korean dumplings, Hawaiian poke bowls, and Japanese ramen to Vietnamese pho soup, Italian pasta, and Thai curries. But don’t expect to find these international flavors here in the US! It’s best to experience them on the ground where they were created—in Australia itself. 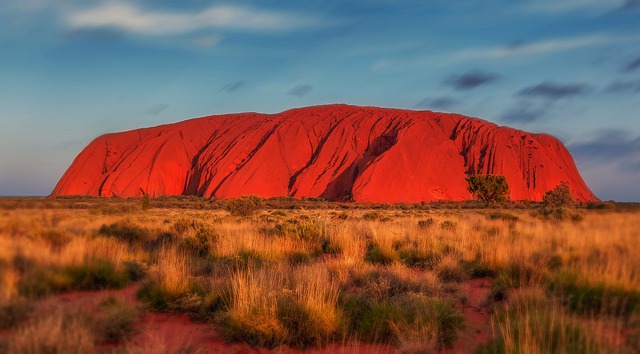 The Pavlova, a meringue-based dessert named after Russian ballerina Anna Pavlova and made from meringue and cream, is a traditional Australian dessert. It’s also one of the most popular desserts in Australia, so you’ll see it on menus everywhere. The pavlova can be topped with fresh fruit such as kiwi fruit or passionfruit.

The origins of the lamington are disputed. Some say that it was created by one of his cooks, while others believe the name came from an attempt to translate “déjeuner sur l’herbe”, which means “lunch on the grass,” into English. Regardless of how they were born or where they go from here, you can rest assured that these little treats are always delicious!

Gin, a distilled beverage flavored with juniper berries, has been around for centuries. It was developed in the Netherlands and then made popular in Great Britain. Gin’s popularity spread to other parts of Europe, where it became the most popular spirit today and you can buy gin online easily when in Australia.

Fairy bread is one of Australia’s most iconic snacks. It’s a simple combination of white bread, butter and sprinkles. The best fairy bread is made with high-quality white bread (i.e., not Wonder Bread), butter that’s been softened at room temperature and a good sprinkle mix. Since it was invented by Australian kids in the 1920s, fairy bread has become a staple at parties across the country—including kids’ birthday parties and other celebrations.

You’ll find it served at most cafes as well as some restaurants, but it can also be made at home with store-bought ingredients if you don’t want to buy all the fixings from an expensive local bakery or bakery (or if you’re traveling). Some people even add cheese!

Damper is a type of Aboriginal bread that’s made by mixing flour, salt and water. It’s very easy to make and can be eaten with any meal.

Dampers are usually served with meat or fish, but they go well with most other foods too! You can have them for breakfast, lunch or dinner – even dessert! They’re also great if you’re having a picnic and need something quick to eat while walking around in the bush (nature).

Fish and chips, eaten with vinegar and salt

Fish and chips, eaten with vinegar and salt, is a popular Australian dish.

It’s best to eat fish and chips with a side of mushy peas. Fish and chips are often eaten as a meal, but you can also order them as an appetizer or snack if you want to try it out first.

The vegemite sandwich is a staple in Australia. It’s made by spreading vegemite on two slices of toast and adding some butter, but there’s plenty of room for variation depending on how you like your sandwiches. For example, some people add sliced tomatoes or mayonnaise—others use it to make grilled cheese sandwiches alongside a hot cup of tea or coffee!

Vegemite is a salty paste made from leftover brewer’s yeast and vegetable extract. It contains B vitamins that are good for your brain health, digestion, and metabolism—but too much can cause nausea and vomiting in some people due to its high salt content (so don’t go overboard)!

Whether you’re going on a vacation or visiting friends and family, make sure to try some of these delicious dishes. You won’t regret it!