Our Mini Honeymoon Motorcycle Road Trip – How About Renting a Harley Davidson?

After eleven years of marriage my husband and I are going on an ‘official’ mini honeymoon. Or in other words, romantic getaway. Technically we never had a honeymoon since we got married and immediately moved to Costa Rica.

Now, instead of planning to move to a new country, I got to plan a totally cool trip.

Ever since I can remember my husband has talked about doing a motorcycle road trip. Having a motorcycle at this point in our lives is unrealistic due to kids, but what better time to make his (and mine) dream a reality – even if for a short period of time. 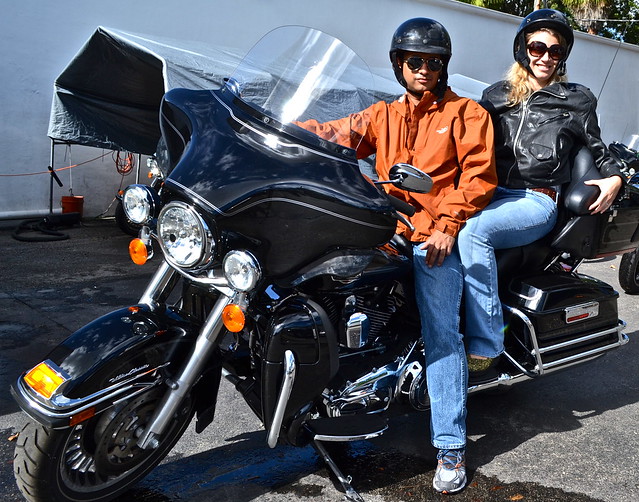 This is how I found Eaglerider Motorcycle rentals. How absolutely amazing would it be to do a four day motorcycle trip to the Florida Keys? 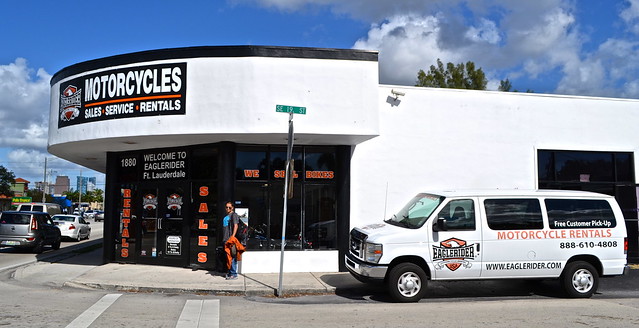 The Process for Getting our Harley Davidson Rental

Never did I think one day I’d be a biker chick, but am soooo thrilled to take on that role, even if it was only for several days. 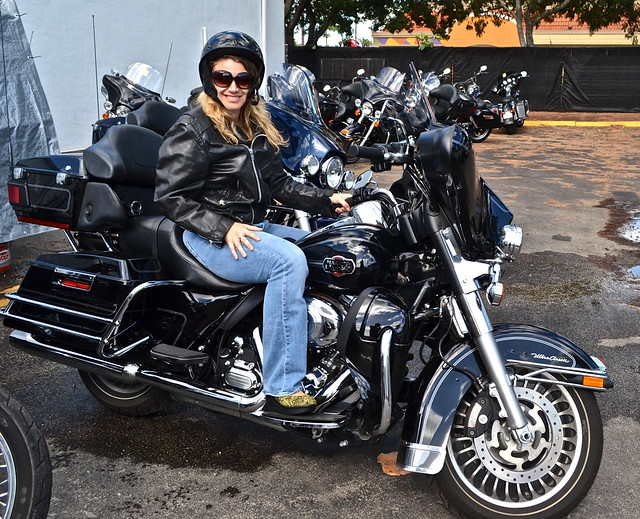 1. Making initial contact – talking motorcycles isn’t my element at all. Even though my hubby is into motorcycles he doesn’t know anything about Harley Davidsons. It was up to me to pick the right one for us. And the people at Eaglerider were super helpful. They didn’t treat me like I was a moron asking questions, that a lot of times made very little sense. On the contrary, talking to them made me more and more stoked to get it going.

2. Location – Eaglerider has a lot of stores all over the country, six in Florida. We picked the For Lauderdale location, since it was closest to my parents house who the kids were staying with. However the Fort Lauderdale store is about ten minutes from either Fort Lauderdale – Hollywood International airport and the train station. Super easy to get to.

3. Picking the Bike – Eaglerider has one of the largest selections of Harley’s in the country, so picking the ‘right’ one is a huge challenge. But after talking with a pro we decided on the Harley Davidson Electra Glide. 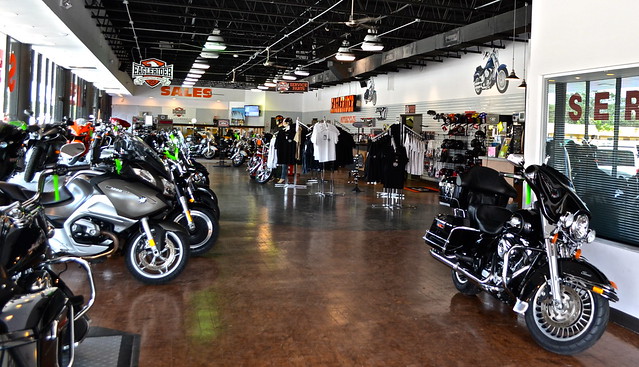 4. Paperwork and insurances – Now it was time for the contract to be signed, and the insurances to be picked. We took out the best insurance (you never know what will happen) which was around $28 per day. And also we chose to have the third party insurance as well for around $18 per day. They have several plans to choose from, so pick the one that works best for you. 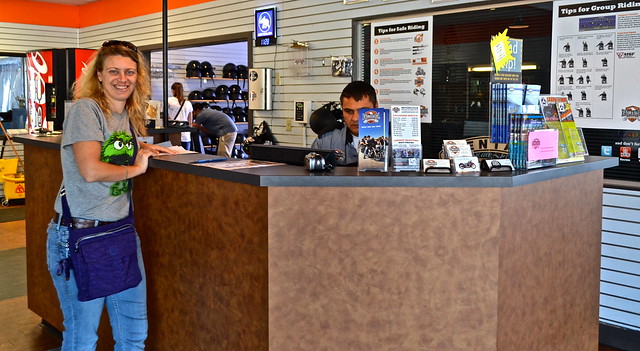 5. Helmets – this is included in the rental fee. 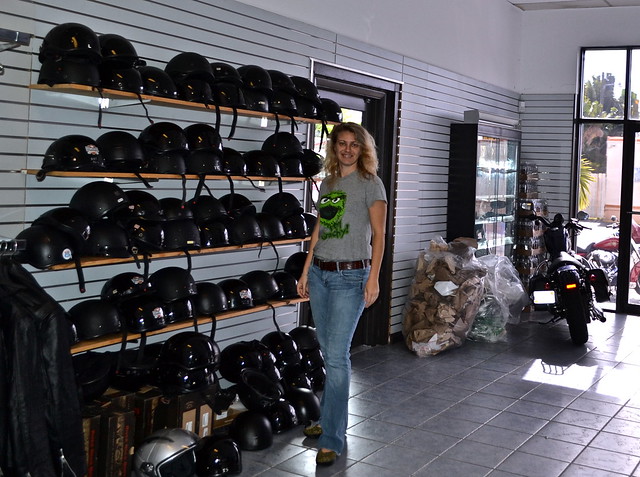 6. Motorcycle jackets – I had my own, but you can also rent one for the length of your rental. 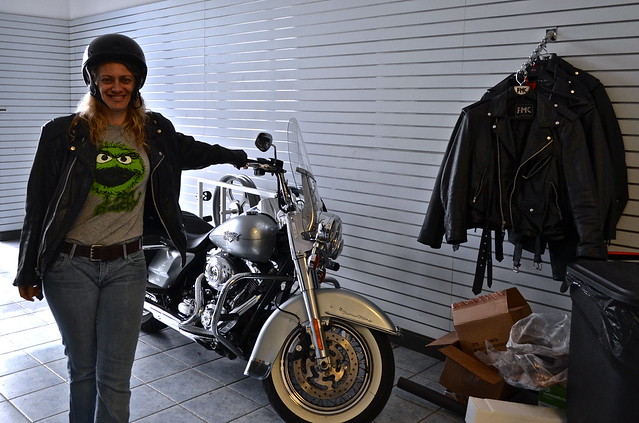 7. Reviewing the bike – before you hop on and go, make sure to go over the entire bike. You don’t want to have any surprises when you bring the motorcycle back. They also take good notes on any dings or scrapes that are on the motorcycles. But the bikes are practically new and in great condition, so it was quick look over. 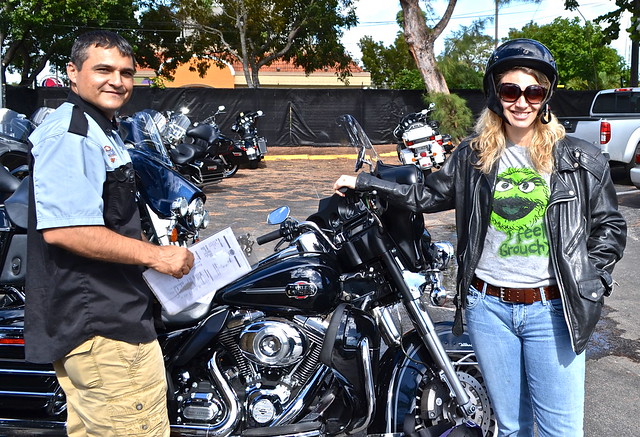 8. Packing up the bike – I can’t say for all Harleys but the Electra Glider had tons of space for our bags. Here’s the back luggage compartment. 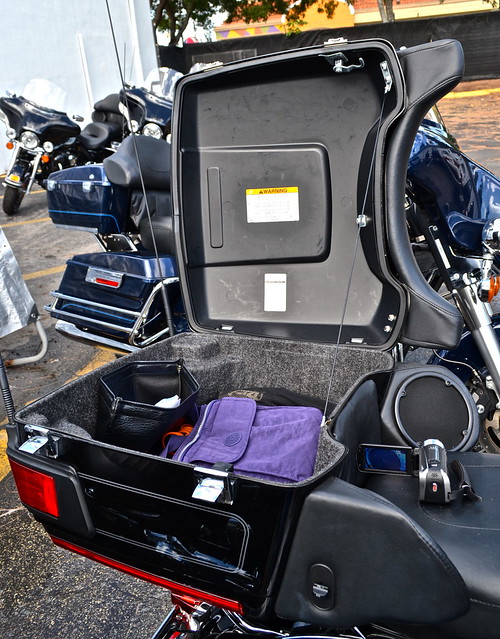 And there were two large compartments on both sides of the motorcycle as well. 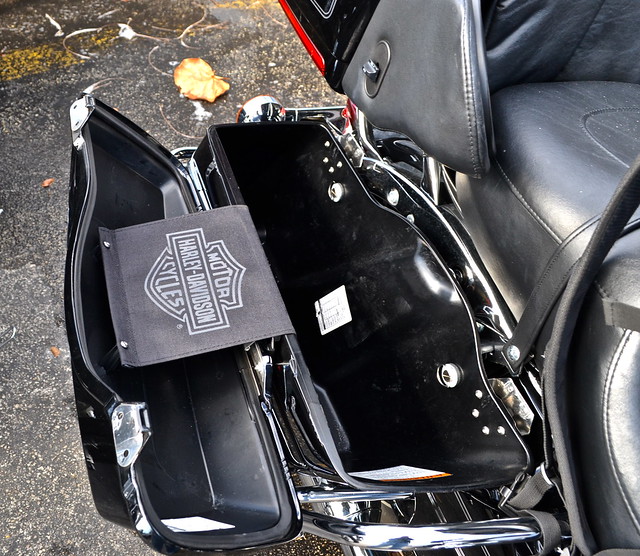 9. Let’s Ride – we are soooo ready to go. Stay tuned to our motorcycle adventure. 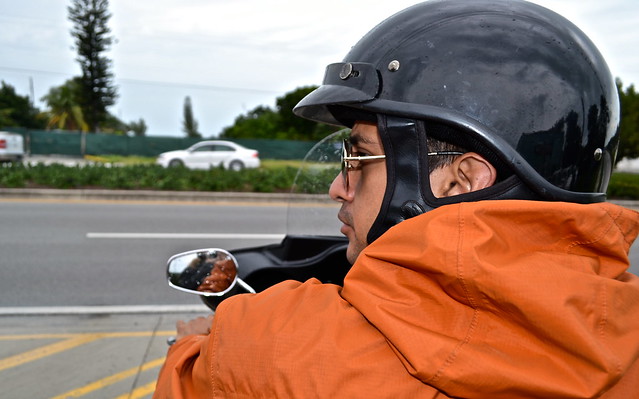 7 thoughts on “Our Mini Honeymoon Motorcycle Road Trip – How About Renting a Harley Davidson?”