Most Impressive Festivals Across Europe | Italy, Germany & Others

Every culture’s festivals are an essential part of it. They project the distinctiveness and character of various civilizations while bringing about the feel and spark of any heritage. It is not surprising that Europe draws enormous numbers of tourists and that many of its festivals are among the biggest in the world, given that it is the cultural hub of the Western world in many ways. On this continent, there are festivals honoring music, food, film, beer, and many more topics. Let’s explore a few of them, shall we?

The annual Carnival of Venice attracts up to 3 million visitors and is known across the world for its extravagant masks. The Carnival of Venice formally started in 1162, following the Venetian republic’s triumph over its enemy Ulrico di Treven, the patriarch of Aquileia. The Venetians came out to San Marco Square, and started to dance, and that was the kick-off of this famous carnival.

Some centuries later, the celebration was outlawed in 1797, and mask use was prohibited. In an effort to resuscitate Venice’s history and economy, the Italian government reinstituted the festival in 1979, with the carnival serving as the focal point of these resuscitation efforts. The pinnacle of the Carnival of Venice is the La Maschera Più Bella (the most beautiful mask) contest. This parade of ornate masks is judged by a jury of top costume and fashion designers from across the globe.

Related Read: Best Places to Visit in Europe in Autumn 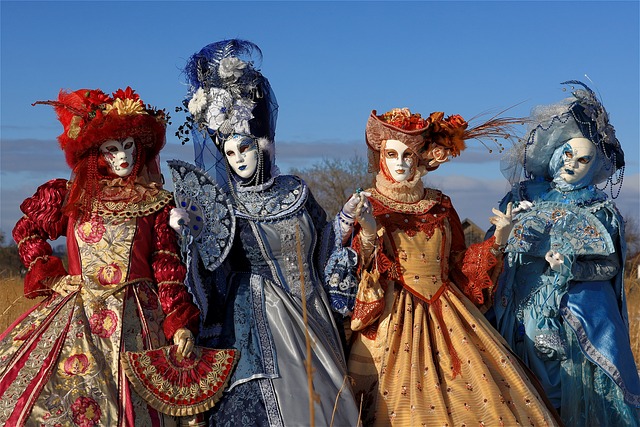 Munich is famous for its boisterous drinking culture. Therefore, it is not strange that it has a beer festival. Oktoberfest is the world’s largest event that includes a beer festival and a traveling funfair. Every year in Munich, the festival lasts for 16 to 18 days from the latter part of September until the early days of October. Munich welcomes roughly 6 million domestic and foreign visitors over the festival period.

Oktoberfest has been hosted in Munich, the capital of Bavaria, since 1810, as Oktoberfest is a significant aspect of Bavarian culture. The festival commenced with the celebration of a royal wedding and has been celebrated ever since. Beer is consumed in enormous quantities, the highest amount being 7.7 million liters in 2014. Thrilling amusement rides, games, and delicious German cuisine are present for the festival-goers’ enjoyment.

Related Read: Best Cities to Visit in Europe with Family 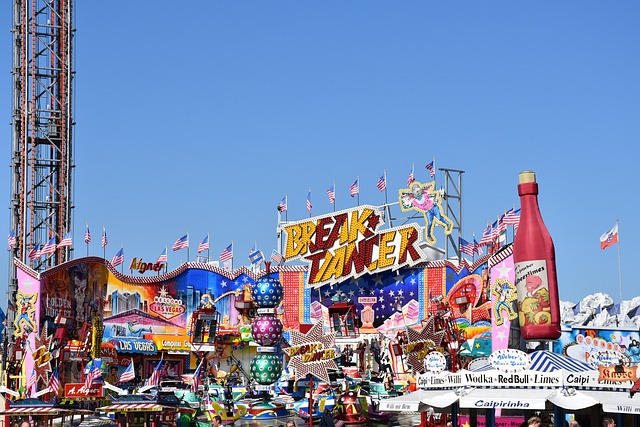 The Salzburg Festival was established in 1920 and has been held every summer in the birthplace of Mozart. This festival, which runs for five weeks beginning in late July in the Austrian city after which it is named, is a premier classical music and drama festival.

The annual climax of the Salzburg Festival is the performance of the play Jedermann (Everyman) by the Austrian novelist, Hugo von Hofmannsthal. In his political writings, Hofmannsthal, one of the five founding fathers of the festival, has emphasized that this Austrian festival is a reiteration of the core centuries-old Habsburg principles of “live and let live” along the lines of ethnic, religious, linguistic, and cultural diversity.

The Salzburg Festival presented all 22 of Mozart’s operas, including the two incomplete operas, in 2006 to commemorate the 250th anniversary of his birth. About 250,000 tickets are sold yearly for the shows that happen in the festival season. Visitors from Germany can take the train from Munich to Salzburg to get there faster.

Hard rock, alternative rock, heavy metal, and punk are among the genres of music that are featured at the open-air summer music festival known as Rock for People. Fans of rock music will find their musical paradise at this festival. The event first took place in 1995 in the town of Český Brod before being shifted to Hradec Králové in the eastern region of Bohemia.

The venue can be accessed easily by train travel in the Czech Republic as it is only one and a half hours from Prague. The festival is both family and pet-friendly and attracts international celebrities. The festival, which lasts for four days, has been held annually since 1995. You can participate in all festival-side activities, including geocaching, cycling, and performances, with a festival ticket. Guests can purchase a camping ticket for a spot to unwind after the performance.

New films from all over the world, including documentaries, are previewed at the annual Cannes Film Festival. The invitation-only festival was established in 1946 and is typically held in May at the Palais des Festivals et des Congrès in Cannes.

Cannes was chosen as the festival’s host city due to the city’s popularity as a tourist destination and the city government’s commitment to building a special site for the occasion. Like other film festivals, this one serves as a platform for producers and distributors to network internationally, negotiate deals, and watch movies.

Since 1945, Buñol has hosted La Tomatina, a tomato festival, on the last Wednesday in August. La Tomatina, which began as youngsters throwing tomatoes at one another from a nearby market stall out of a fit of rage, was designated a Festival of International Tourism in 2002.

With a 22,000-person capacity at the moment, it draws guests from all over the world. Around 10 a.m., tourists begin to arrive at the festival site in Spain. Fellow festivalgoers start pelting one another with smashed tomatoes while having a ton of fun at the signal of a water cannon. Another water cannon signals the conclusion of the pelting after nearly an hour. Visitors then line up to wash off as firefighters spray down the street. After that, there is more music, dancing, food, and celebration.

Festivals sometimes have a harmless commencement, but sometimes they are particularly introduced and created to fill a void. But one thing common to each one of the festivals mentioned above (and many others) is that they have an intrinsic place in tying a culture together. There are plenty more festivals in Europe. More than you can count on your fingers. And in addition to their earlier-stated value, these are events you will never forget. Events that will always have you going back for more.