Medieval Cathedral: What can the Facade of a Gothic Cathedral Tell You? 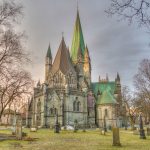 Cathedral is the encyclopedia that contains the main ideas of the Middle Ages from Europe. Keep reading find out more about medieval cathedrals and what they can tell you.Those gothic cathedrals that you see around Europe have tons of things to say in their facades, learn about 5 of the medieval cathedral. 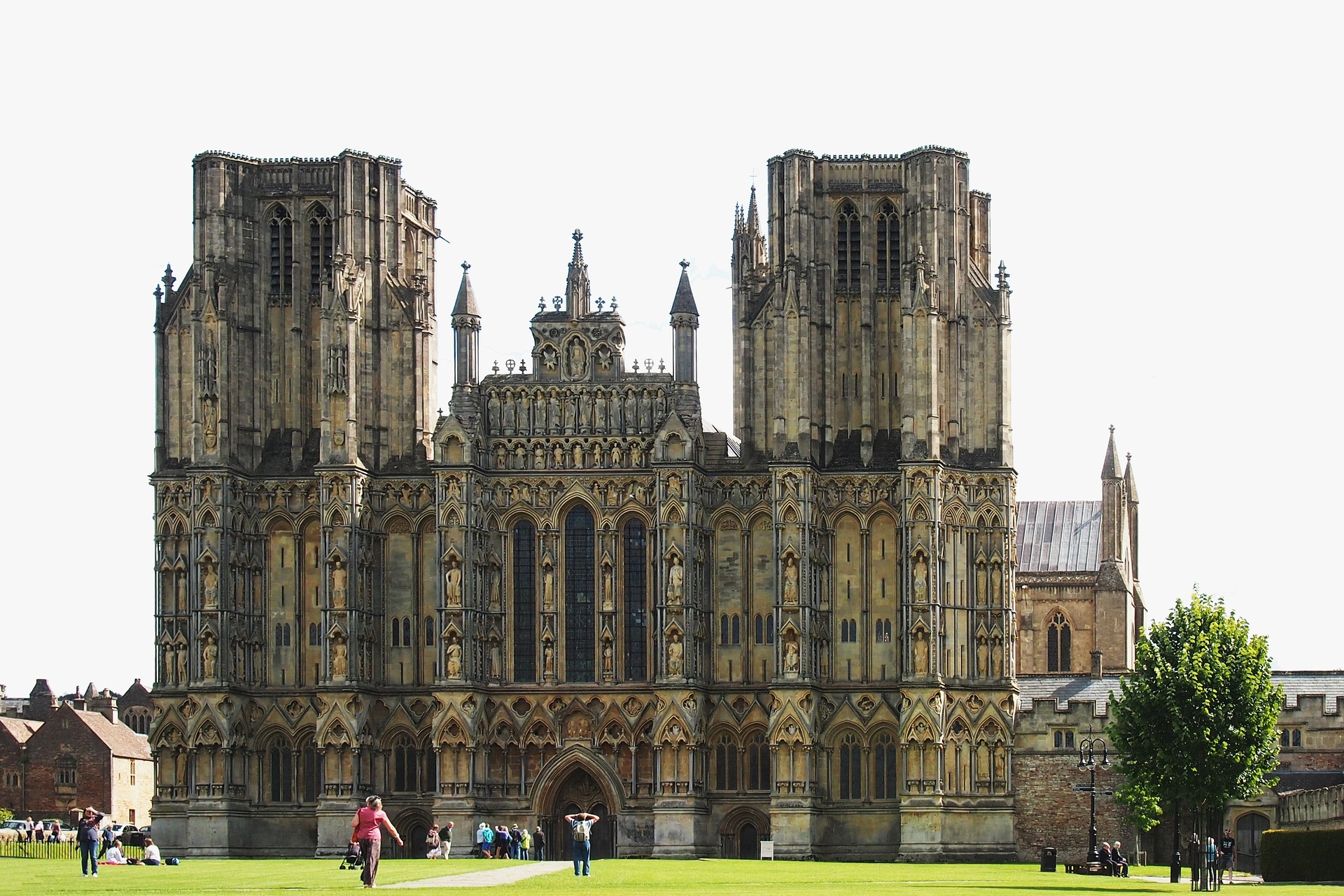 Medieval Cathedrals – What they can tell

Four walls and their meaning
A medieval man read the facade of the cathedral as a book – sculptural images told him about the natural and animal world, about Christian history and symbols.

The building of the cathedral faces east, and each side has its own symbolic meaning. The northern facade represents the realm of the cold and the dusk, a metaphor from the Old Testament. The southern facade is bright and sunny. It represents the New Testament. The Last Judgment is almost always depicted on the western side. The eastern facade is the crown of chapels. It symbolizes salvation and eternal life.

Medieval theologians constantly emphasized the closeness and importance of the right side of the cathedral.

Statues
Each of the facades is decorated with many sculptures. Statues and reliefs are located in tympana of portals, on slopes, the central pillar, and archivolts. The statues can be found in buttress niches and on the eaves. These are the characters of the Old and New Testaments, the allegories of virtues and vices, the personification of the seven liberal arts, the signs of the zodiac, the images of crafts and the scenes of agricultural work, the representatives of the flora and fauna, and everything that was or should have been known about the universe and the place of man in it.

You can also often see a carved arched gallery on the facade – the so-called Kings Gallery. Sometimes it is located above the portals, as in Notre-Dame de Paris, sometimes – above the rose window, as in the Cathedral of Chartres. The size of sculptures depends on their proximity to the viewer, location, and place in the hierarchical system.

Western facade of the cathedral
By the first quarter of the 13th century in Western Europe, there was a distribution system of sculptural images on the western wall of the cathedral (for the first time it was applied on the facade of the Notre Dame Cathedral). The tympanum of the central portal shows the scene of the Last Judgment. The angelic ranks and 24 elders of the Apocalypse are found in archivolt. 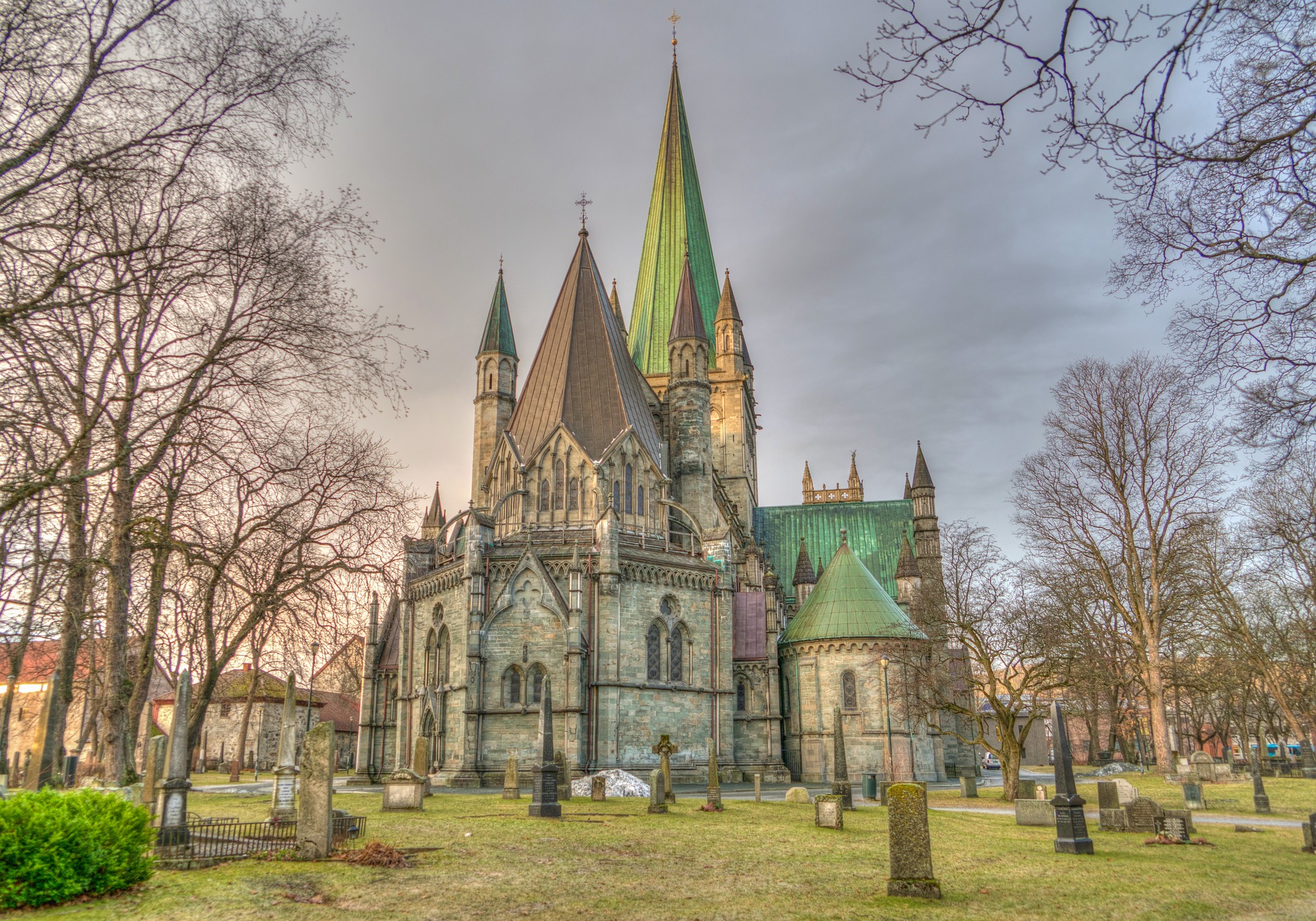 The slopes of the portal are decorated with figures of twelve apostles. The apostles are facing the statue of Christ on the central pillar. The consoles carrying the sculptures of the portals are almost always made in the form of crooked figures, and each of these secondary characters correlates with the main character. The apostles trample their persecutors with their feet – St. Peter stands on the console depicting the Roman emperor Nero, while the apostle Andrew towers over Egeat.

The allegorical figures of the Church and the Synagogue were sometimes placed between the central and lateral portals on the buttresses. The church standing to the right of the central portal symbolizes the New Testament, while the synagogue on the left is the Old Testament. The head of the Church is crowned with a crown, a chalice, and a triumphant banner.

The figure of the Synagogue is curved and broken. The tables of the Covenant (two stone slabs on which, according to the Bible, the Ten Commandments were inscribed) are on the right. The Synagogue is covered with a bandage symbolizing the rejection of the Christ by Jews, and hence the New Testament. They refused to adhere to the truth and therefore are blind. You can see the scene of the coronation of the Virgin Mary to the left of the main portal.

The central pillar is decorated with a figure of Our Lady with a baby in her arms. Another portal, as a rule, is dedicated to one of the local saints. Thus, Saint Firmin is depicted in the tympanum of the right portal of the Amiens Cathedral – the first bishop of Amiens. The statues of saints (especially revered in a particular region) are on the slopes of the side portals.

Medieval theologians constantly draw parallels between the Old and New Testaments, and this can be seen from the facade. The Twelve Patriarchs and the twelve prophets of The Old Testament correspond to the twelve New Apostles, and there are Isaiah, Jeremiah, Daniel, and Ezekiel (the images of the four evangelists) opposite the four great prophets. This means that the evangelists rely on the writings of the prophets, but they see further and know much more. This case study analysis on the Western facade of the cathedral will tell you more about various symbols.

Virtues and sins
According to the medieval Christian worldview, a constant struggle between vices and virtues unfolds in the human soul. A person is sinful but can be saved by leading a virtuous and pious life. On the walls of the cathedrals, virtues, vices, sins, and punishments for them are presented in the form of allegorical figures that show what people should fight and what weapons to choose for this struggle in order to finally be saved and reach the Kingdom of Heaven.

The twelve noble virgins, personifying virtues, were assigned a rather modest place – at the eye level. Passing by, the believer could see and remember them. Virtues are depicted hand in hand with vices – next to Hope there is Despair, Faith is contrasted with Idolatry, and Pride can be defeated only by Humility.

Arts and sciences
The seven liberal arts were split into the quadrivium and the trivium. The quadrivium included music, geometry, astronomy, and arithmetic. The trivium included the humanities such as rhetoric, grammar, and dialectics. Philosophy, considered a divine science, was not among the seven liberal arts. It stood at the head of all the teachings – only having mastered all seven arts, one could understand philosophy.

Each discipline was the highest achievement of the human mind. The sciences were portrayed in the form of majestic and serious maidens, holding various attributes in their hands. For example, Grammar was supposed to hold a rod in the hand, Geometry – a compass and ruler, and Music – a hammer, which she used to hit several bells.

Gargoyles and other animals
Demons and monsters, as a rule, occupy the upper parts of the cathedral. Gargoyles adorn the gutters. Various nameless monsters sit on buttresses and crown the towers. Unlike most of the statues, they do not deliver any message. In this case, the medieval artist, constantly bound by the canon, gave vent to his imagination.

Cathedral as a book
Gothic cathedrals were considered the Bible for the illiterate. Looking at sculptures, commoners learned about Christian dogma. One of the Church Fathers, Gregory the Great, even insisted on the need to resort to images to educate the illiterate.

On the other hand, the medieval cathedral is the Bible for the literate – it’s the Holy Scripture, carved into stone, and you can read it in different ways. Any text of the Scripture, in addition to a literal meaning, has at least a few deeper and obvious semantic layers. Sculptural images, like the sacred text, had many meanings.