Can’t make it to New Orleans during Mardi Gras? No sweat, you can do the next best thing. Visit Mardi Gras World.

I can sum up this place with one word – WOW! 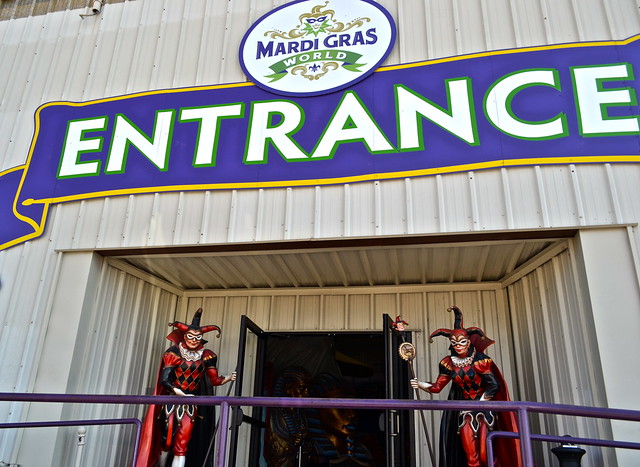 Recommended Read: Things to do with kids in New Orleans

This attraction was one of the top recommendations by Sarah from New Orleans CVB, and good reason for it.

I’m not sure what I was expecting, but I wasn’t really expecting to see this humongous stadium-sized warehouse devoted to making Mardi Gras artworks and floats. Honestly, I always thought the individual organizations who participated in Mardi Gras made their own.  So this turned out to be a great educational trip on top of the scenic for my boys and me. 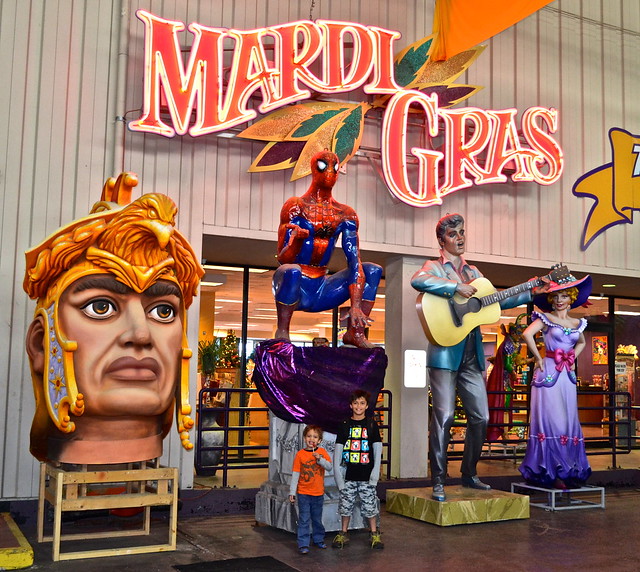 What is Mardi Gras World?

1. This is not just an exhibit hall, but a full-on working factory. Artists, carpenters, sculptors, designers, and many more people work here year-round.

2. The only time Mardi Gras World is closed is – obviously – during Mardi Gras (which changes dates every year due to Easter dates). 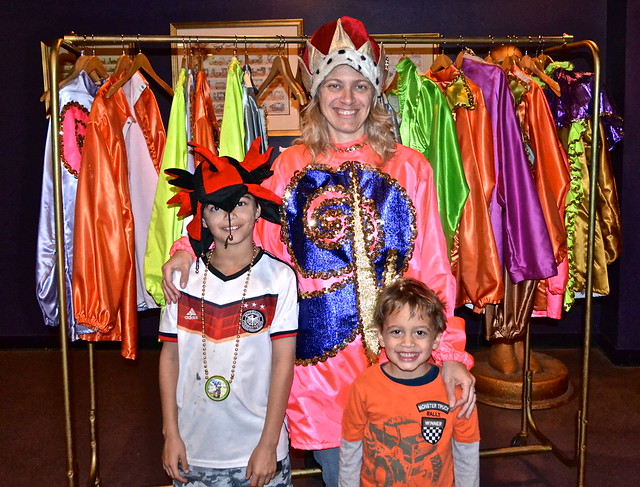 4. The tour, which is included in your entrance fee, includes a short video of how Mardi Gras started and how Mardi Gras World began. And then a guide takes you to see the warehouse and work area. 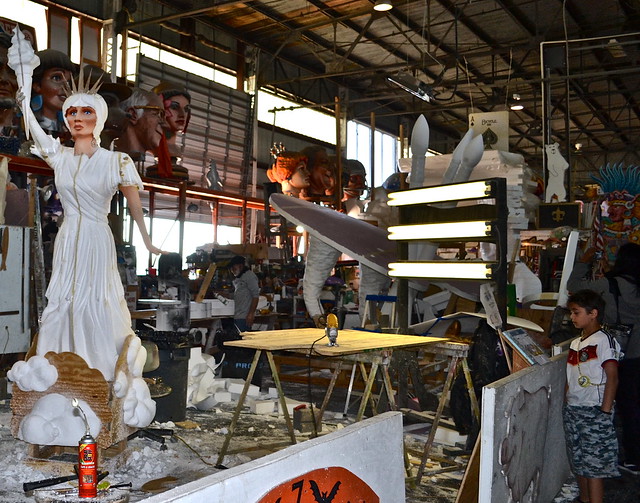 5. You can do this on your own, but you really won’t get the history and fun facts of it. If you want, you are welcome to stay as long as you want after the tour is over. 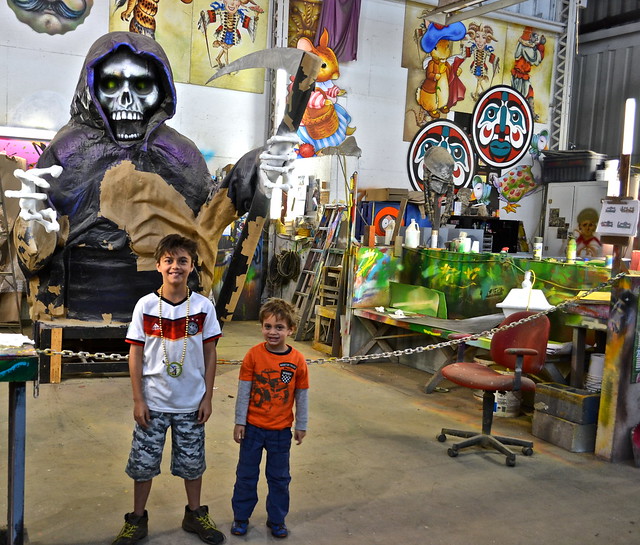 6. The whole tour is about 45 minutes long

7. There is a free Mardi Gras shuttle that picks you up at a pickup station and then afterward brings  you back to your hotel 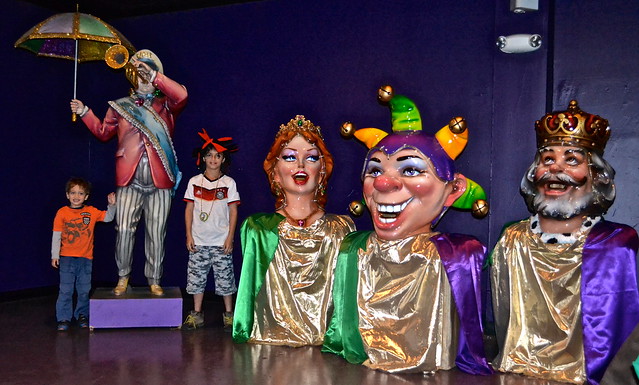 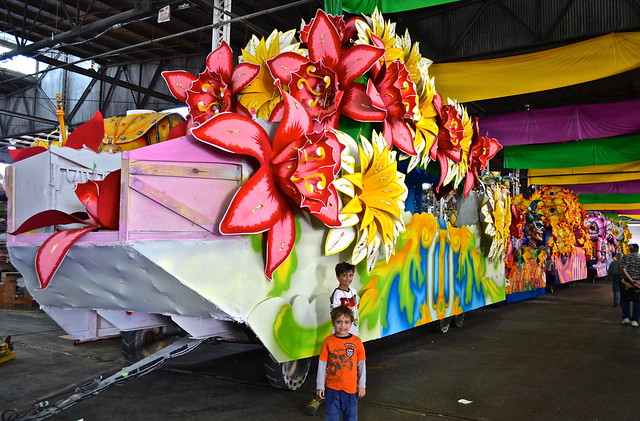 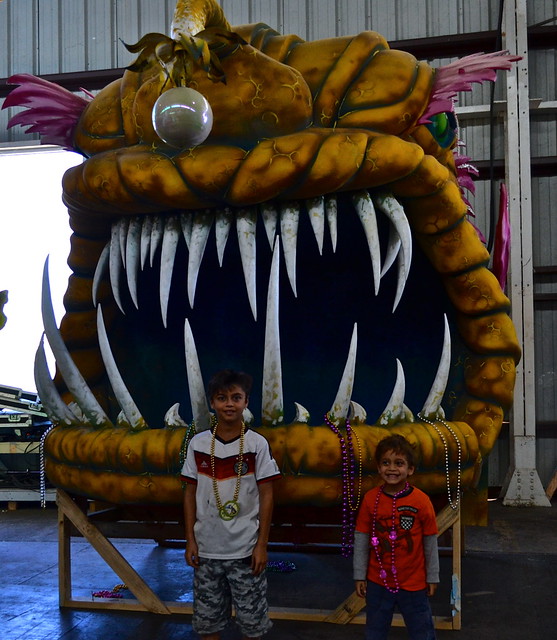