Make America Great Again – Not How You Think 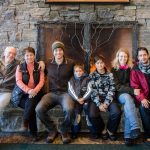 Many of you might not know this about me but I was once a REFUGEE!In 1978 my parents and I fled the iron fist of communist Soviet Union. I started my pilgrimage at 5 and a half years old, saying goodbye to my maternal grandparents not knowing where or what is happening. They were closer to me at that point than my parents, and I was ripped away from them.How the great USA opened their arms for me and my family.Let’s bring back those good old days and Make America Great Again! My parents, along with thousands of other refugees were running for freedom and also to get away from the horrible, blatant anti semitism and communism that took away everything from you.

My parents, and their friends, are educated, kind, loving people who were running for their lives for their kids lives.

Our pilgrimage took 3 months, some it took 6 to 8 months, before we knew where we were going to go, USSR didn’t give a shit about us, was only letting out Jews at that time because we were scum to them.

QUICK EDUCATIONAL NOTE – Being Jewish and practicing Judaism are 2 different things. In communist countries no religion is allowed to be practiced. In USSR we were never Russians, we were always JEWS.

I am not a practicing Jew, I don’t believe in practiced religion, I believe everyone has a right to believe in what they believe and I respect it.

Finally in Rome we were told that USA is welcoming us. During the short run of Jimmy Carter he understood the troubles and opened the doors of the Great Nation USA to us.

Becoming a Part of a Great Nation

I was 6 years old and the parents of the kids I went to school with only knew I came from USSR so that means I was obviously a communist. And that’s what I was treated as and discriminated against as.

With time the US people learned all about us, and started to open their doors more and more to refugees, and other immigrants.

Today, the Refugee word has a horrible meaning behind it, everyone hears it and immediately thinks terrorists, just like when we first arrived to them it meant Communist.

But in reality, Refugees, such as my family, was running from the communists, the bigots, just as the Refugees today are running from war torn countries, from the terrorists that we fear.

And, having personal experience and knowledge, those refugees are like my parents and their friends – highly educated, loving, who only want what is best for their families.

Coming from a Communist country my mother had to overcome more than most, because my grandfather – her father – did something that was unheard of for USSR – a Jew became a Colonel. This is one of the highest, most respected positions.

However, when we were moving it also meant that we would have to say goodbye to them as though they are dead to us.

But my mother also knew what was more important. And she still ran from a country that would do nothing but keep them prisoners.

Unfortunately, by the time we were united with my grandparents, I was too old to have that strong bond that I once had with them.

But they came knowing that their daughter and her kids and now her grand kids have a better life than they ever could.

America WAS GREAT, so when Trump says let’s Make America Great Again, I’m all for it.

That to me means helping and open our rich country’s doors to help the refugees who are running like my parents did for better lives, and they offer so much greatness to any country they arrive to.

So, I have to focus on what Making America Great Again can be and this is what I want it to be. 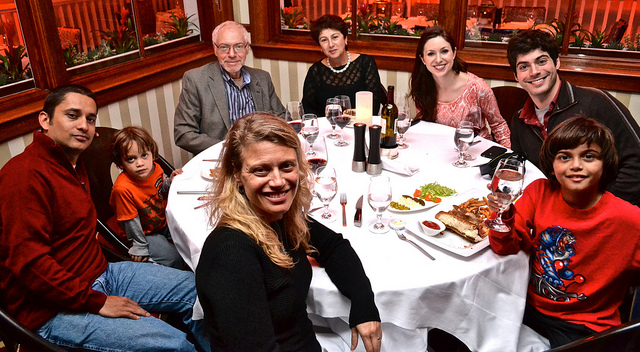