Copan Ruins town is as tiny as they come, so aside from the ruins, there is not much more to be done in the area. The good news is that residents are working hard at keeping tourists from fleeing after one day. And I must say that so far they have done a good job.

Aside from the typical things to do in Honduras like horseback riding, canopy tour, and hiking, there is a great Macaw and Bird Sanctuary/ wildlife rescue center that I highly recommend checking out. 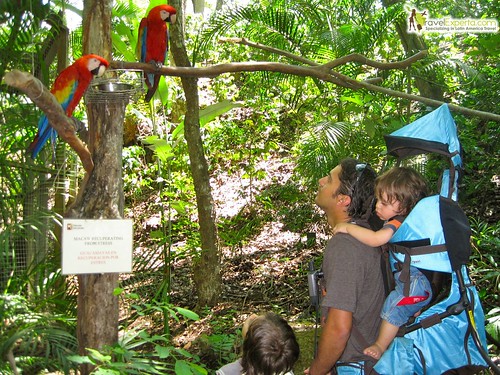 All About Macaw Mountain, The Bird Rescue Center

The property sits on a huge piece of land with streams, bridges, and trails. While visiting the well constructed and ample cages for the birds, much more than just Macaws (they also have toucans, owls, parrots, and more) you feel as though you are walking through the rainforest.

This is something that I like because not only they don’t have them strictly for entertainment but for conservation efforts and are working on rehabilitating them. But they also put them in large cages where hopefully they don’t feel too bad during the time they have to spend on them. 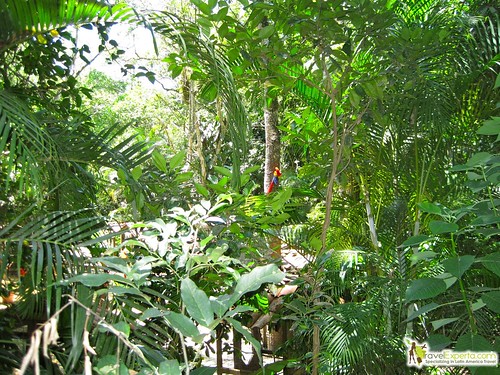 Living in Central America every country totes its own version(s) of bird rescue centers, however, I have to say this one was one of the best we’ve visited outside of ARCAS animal rescue center in Guatemala.

My son’s, by far, the most favorite spot was the bird interactive circle. Here they have Macaws and toucans free flying. Well, not really flying since their wings are VERY clipped, but they are freely perched and a worker places the Macaws on your hand to hang out with.

They had a blue Macaw, which my son was convinced is Blue from the movie Rio, so that made his week! 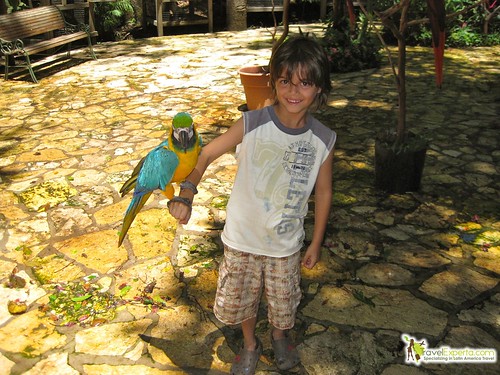 We had a blast, although, I have to say the guy working the ‘interactive’ area was so bored, he simply couldn’t have been bothered with anything. Either he’s had a bad day or was so sick of his job that he was beyond indifferent. Luckily, when traveling with a 7 year old and 1 year old they are totally indifferent to other people’s indifference, so it evened out.

The history of the birds of Macaw Mountain began on the Caribbean island of Roatan in the 1980s. Roatan resident and North American conservationist and bird lover, Mandy Wagner, began rescuing parrots and toucans out of devotion to these intelligent, social creatures. By the 1990s, her private collection had grown to more than 40 birds representing 15 species.

US biologist, businessman and long-term Roatan resident, Lloyd Davidson, inherited the birds in 1994. By 2000, the collection had grown to more than 100 birds comprising more than 20 species, and Davidson purchased a beautiful tract of land in Copan with the birds in mind. After 2 1/2 years of detailed designing and building, he and his business partner, Pat Merritt, moved the birds by charter airplane in July 2003 and opened Macaw Mountain several months later.

Where is it, and how much does it cost?

Macaw Mountain is about 10 minutes – by car from the center of town and is $10 per person to enter. So this is a completely doable half-day adventure to do either for adults or families in the area. 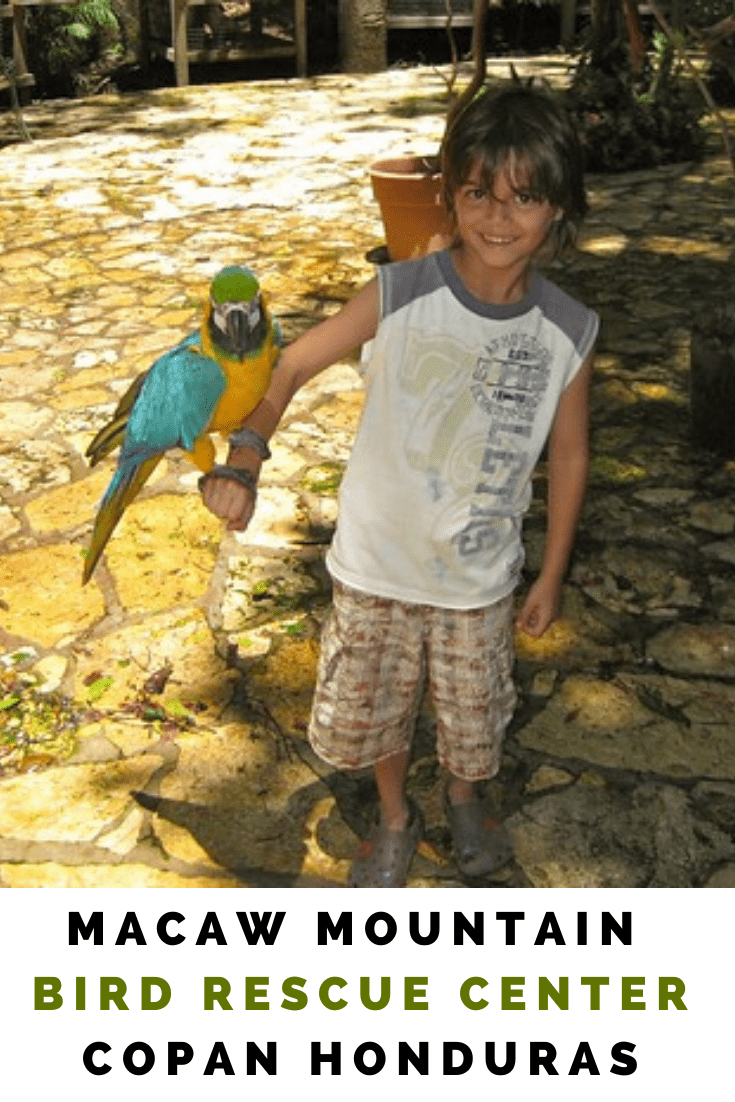 7 thoughts on “Macaw Mountain: The Bird Rescue Center in Honduras”