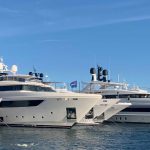 Super yachts are increasingly offering charters for those who are interested in taking a trip in the ultimate lap of luxury. These expensive vehicles are outfitted with every possible amenity. They’re often more plush than most people’s homes.Four of the best yachts on the sea and what makes them so special.By reading this article you will learn the names of luxury travel.

Charter voyages and special events offer people a rare opportunity to peek into the world of the exceptionally wealthy. These events are fortunately becoming more common, and they’re open to a wider number of individuals. Those who want to plan a vacation to an area should check to ensure that they’re arriving on time to catch the arrival of these beautiful ships into port. 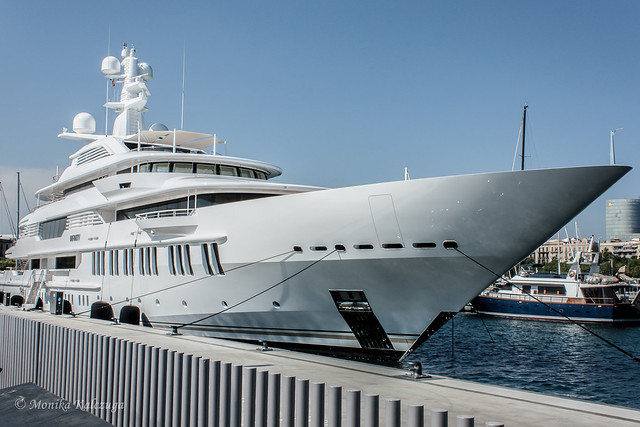 1) Paloma is famous for her age if for no other reason. Ishikawajima-Harima Heavy Industries originally built her back in 1965 in Japan. The Goulandris family owned her and kept her in Greece for years before they decided to sell Paloma to Vincent Bollore in 2003 for $3.5 million.

Few people would know that she’s as old as she is. Bollore sent her to Malta for a refit that cost over $5 million. At 198 ft long, it’s absolutely incredible to think that she can now move at a speedy 16 knots using nothing but a pair of diesel engines. Valéry Giscard d’Estaing, Nicolas Sarkozy and several other top French politicians have paid trips to Paloma.

2) Chopi Chopi is the largest yacht ever built by CRN. She currently serves as the person yacht of Azmi Mikati. While she’s not available for charter, she often stops in Monaco. That gives fans a rare opportunity to visit the port and admire this incredible vessel.

She features everything a top hotel would have. A beach club, gym, massage room, bar and two hot tubs are available to guests right on deck. A private helicopter platform was recently renovated to ensure that guests could always arrive to swanky parties right on time.

3) Rising Sun was built by the Lürssen Company in Germany for Larry Ellison, though David Geffen currently owns the yacht. She’s the sixth largest yacht in the entire world. At around 453 feet in length, Rising Sun is a massive structure that’s bigger than most mansions.

Many famous individuals including Oprah Winfrey have been guests aboard Rising Sun, but notably the yacht has been fairly accessible to the general public. She was seen in 2011 in the bay of Cannes. That French destination provided plenty of people with the opportunity to take a look at a truly magnificent machine.

4) Larry Ellison was also involved in the construction of the newer super yacht Musashi, which was finished in 2010. She’s the largest member of the Feadship class ever built, and is a sister ship to the motor yacht Fountainhead. She can accommodate 18 guests in her staterooms, which are all decked out with the amenities of a five-star hotel room. Musashi even features her own crew of 23 hands who run the ship and wait on guests.

While the schedules of these and any other yachts are difficult to predict, they’re sometimes published. Those who want to take a look at them or at any other beautiful vessels should check port information out before they plan any trips.