LED Belt Review – Perfect for all Athletes and Travelers

I am one of those people who really enjoys working out and is always active. Combine that with the fact that I live in a city that is extremely pedestrian friendly you end up with a result of me rarely using a car.

The only downside to walking everywhere is that to stay safe on my way back home, I have to do it while it is still light outside. Walking in Antigua Guatemala is great but to get home (which isn’t in downtown Antigua) I have to walk past one extremely busy area where buses and cars tend to get intense. It is only two blocks but it can get dangerous.

This also means that I can’t go running at night, basically, I either drive and spend a lot of time trying to find parking or do all or my errands and training before 6 pm. 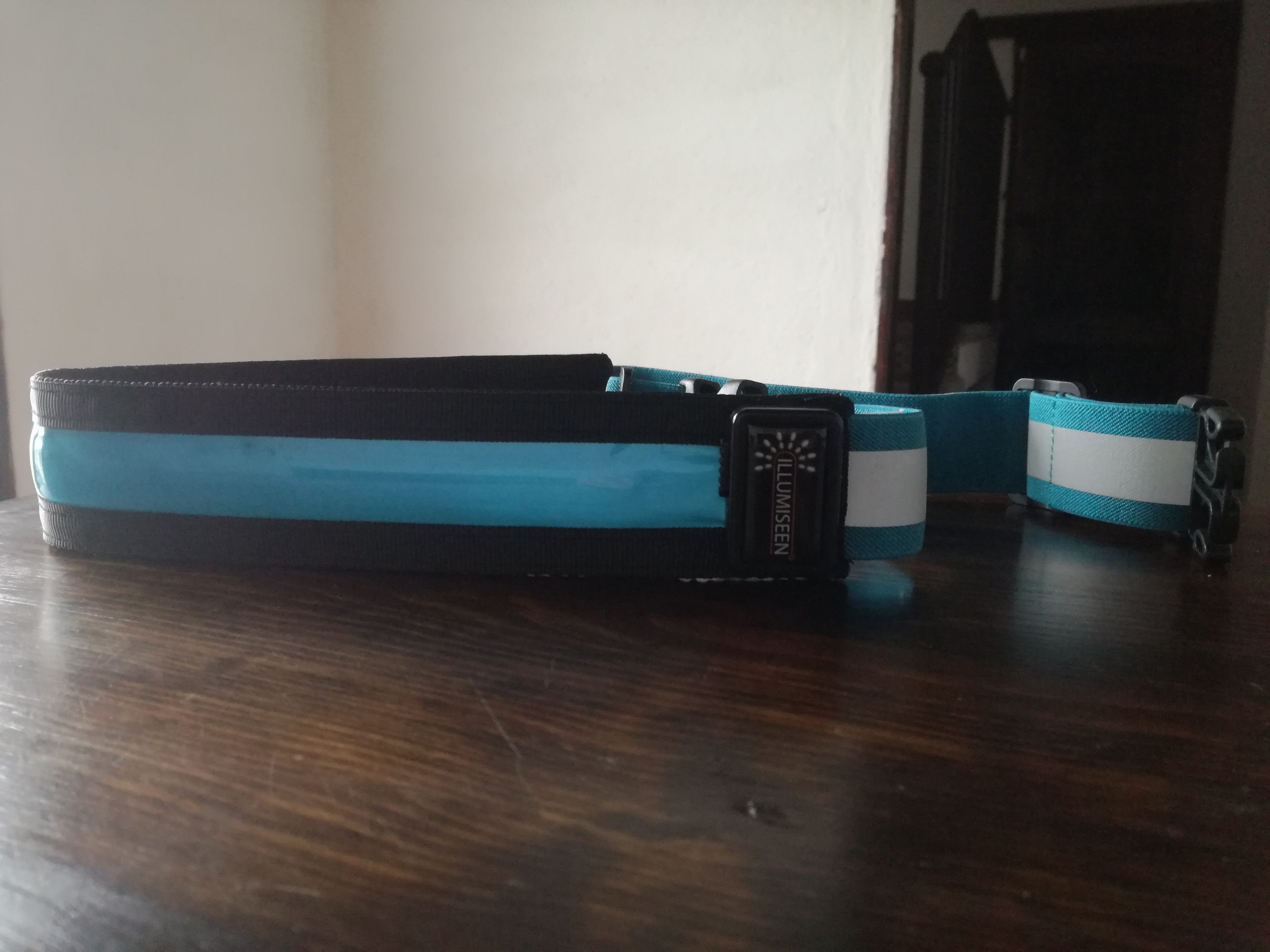 Can you imagine having such a restrictive schedule?

It is not fun at all! But it is still better than being run over by some car or bus.

I also love to go out running but with work, errands, other independent projects, and normal home cleaning I either go early in the morning or don’t do it at all. But we all know that with the sunbeams from sunrise, some drivers are blinded for seconds, leaving anyone running on the sides of the road unseen.

So, searching for a way to stay safe I found a belt that is not only reflective but also produces a potent LED light. I decided to try it.

This time I found LED Reflective Safety Belt by accident. I was doing a thorough investigation of good quality climbing equipment. And because of what I just mentioned it instantly caught my eye. 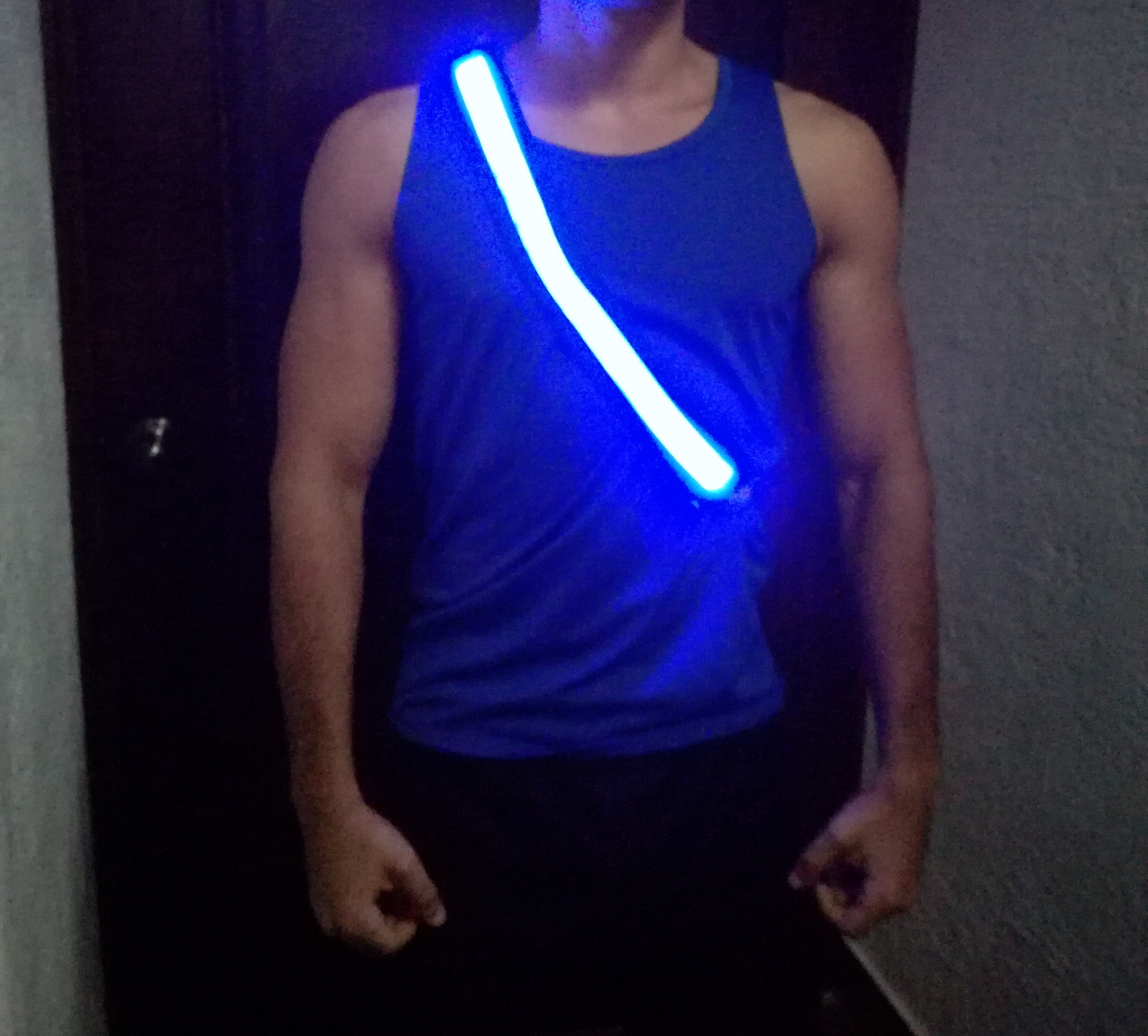 They are sold by a company named Illumiseen. They are dedicated to making high visibility LED products with the goal of saving lives.

The belt provides 360 degrees of visibility. The cool thing about it is that aside from being reflective it also illuminates. So you will be seen from at least 50 meters away.

The company says that it can be used by anyone, from people walking their dog, cycling, hiking, working on construction and even children. And I think they are right for the most part however, I’m still not sure about it being the best for running. Since you are constantly bouncing it moves a lot, even after adjusting it to your hip. It gets annoying. But I really love it for walking and can definitely see how it can be awesome for biking.

I also liked how it is adjustable so you can use it as a normal belt or you can hang it from your shoulder so it goes across your chest or back.

Another thing that I noticed and really liked is the fact that it is charged through USB cord so you don’t have to keep spending money on batteries. In the features, the company claims that the light can last up to 20 hours on flashing mode. So far the longest I have had it on was for 2 hours and it never ran out of battery. 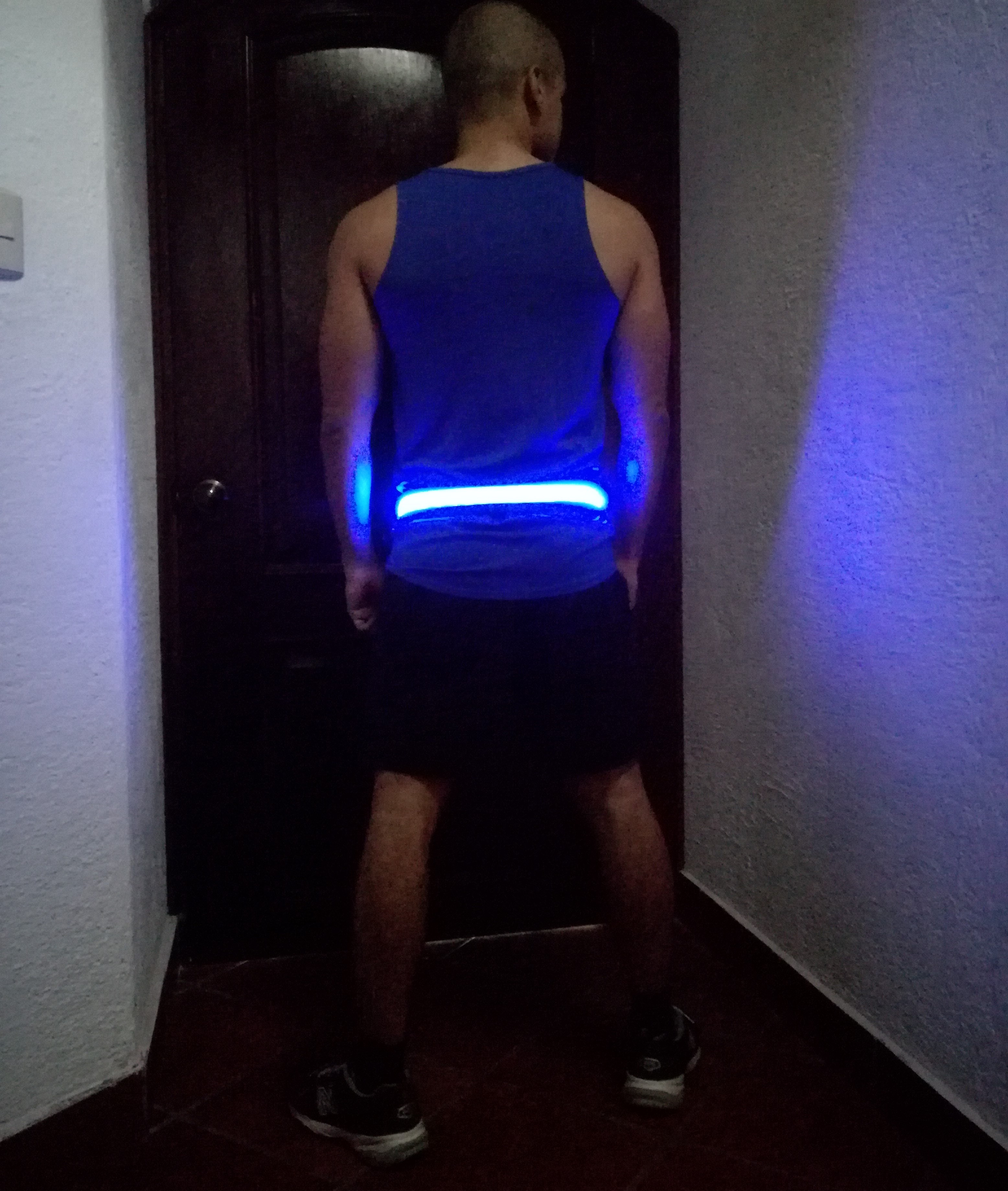 I even had the chance to try it during a soft rainfall for a few minutes and is still working great. No comments on the website on whether it is waterproof, but it was able to take a bit of rain and is still as good as new.

Overall I would recommend it for people who are often walking, biking or motorcycling at night. It definitely makes you feel a lot safer to know that drivers will see you from meters away.

Enjoyed this? Pin it! 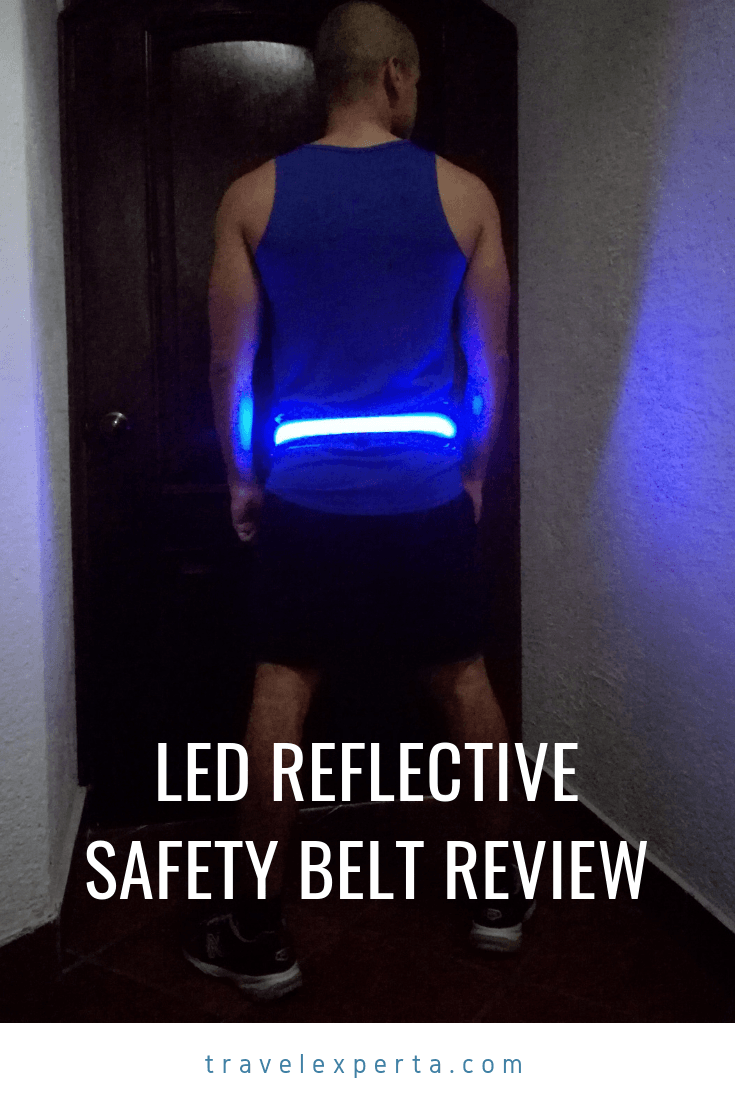