The Lanquin caves in Guatemala or Grutas de Lanquin are a protected area formed by a huge complex of limestone caves. They are considered by Mayans as a sacred place (the entrance to the underworld), in fact, they still carry on their rituals in it. It is a place that everyone should visit while traveling to Guatemala.

To visit them, you can stay in the nearby Lanquin Village. 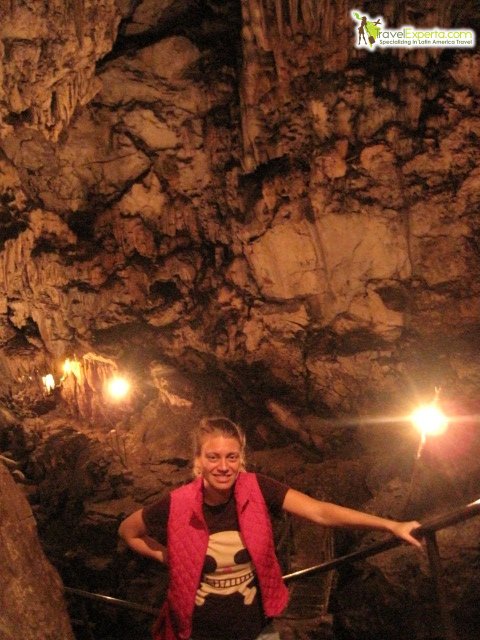 When I traveled to Lanquin, Guatemala a few years back, I didn’t know anything about the famous Grutas de Lanquin (Lanquin Caves) until a fellow backpacker suggested we go to explore them! Since backpackers are notoriously known for going where few have gone before and even more for taking their time getting there, we luckily arrived to the cave around 5 pm. I say ‘Luckily’ because if we actually got our acts together and arrived at noon, like we originally planned, I would have missed an extraordinary event!

There are two ways to get to this beautiful cave. You can walk along the banks of Lanquin River or take a huge inner rubber tube and go along with the currents to the mouth of it. Regardless of the way of transport, you’ll get the shock of your life! 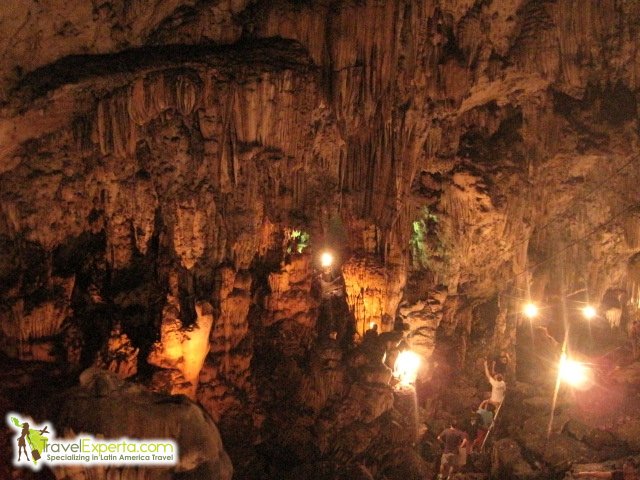 This is how my first adventure in the Lanquin Caves went:

Right as we neared it, along the path, we started to hear a strange sound. Suddenly out of nowhere, thousands and thousands of BATS made their nightly ritual to leave the cave in search of food. This might sound like a scene out of Batman but on the contrary, it wasn’t frightening nor were they focused on anything other than their food: Fruits and flowers.

Guatemala is the land of the ancient Mayan civilization. Their majestic ancient cities stand proud even if rain forests have overtaken most of them. Along with their cities, Mayans knew this holy ground before anyone else. They thought of these Lanquin caves as passages to the underworld. They have performed ceremonies of all kinds in them for centuries and still do.

This Lanquin cave system is so widespread that not a single explorer or hardcore spelunker has been known to see where it ends. For the less-than-average caver, like me, there is a well-lit path that goes for a good 450 meters in, just deep enough to feel its magical power. 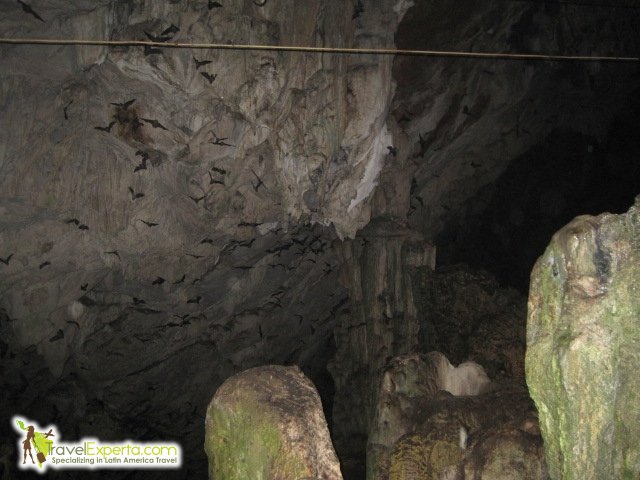 Lanquin Caves is a definite must-see if you’re in Guatemala! Where else can you get a private bat dance and see magical alters deep within unending caves? Staying at the nearby town of Coban, Guatemala will complete your adventure.

Note: The path inside the cave maybe be lit, but power outages are a quite common thing here, so it would be a good idea to bring flashlights! Plus, the humidity and staleness of the air have formed lots of moss making a super slippery ground, so be careful and wear very good walking shoes.

Years later, I decided to take my sons and husband to this region. We all had a great time exploring the caves and swimming in the nearby turquoise pools of Semuc Champey. 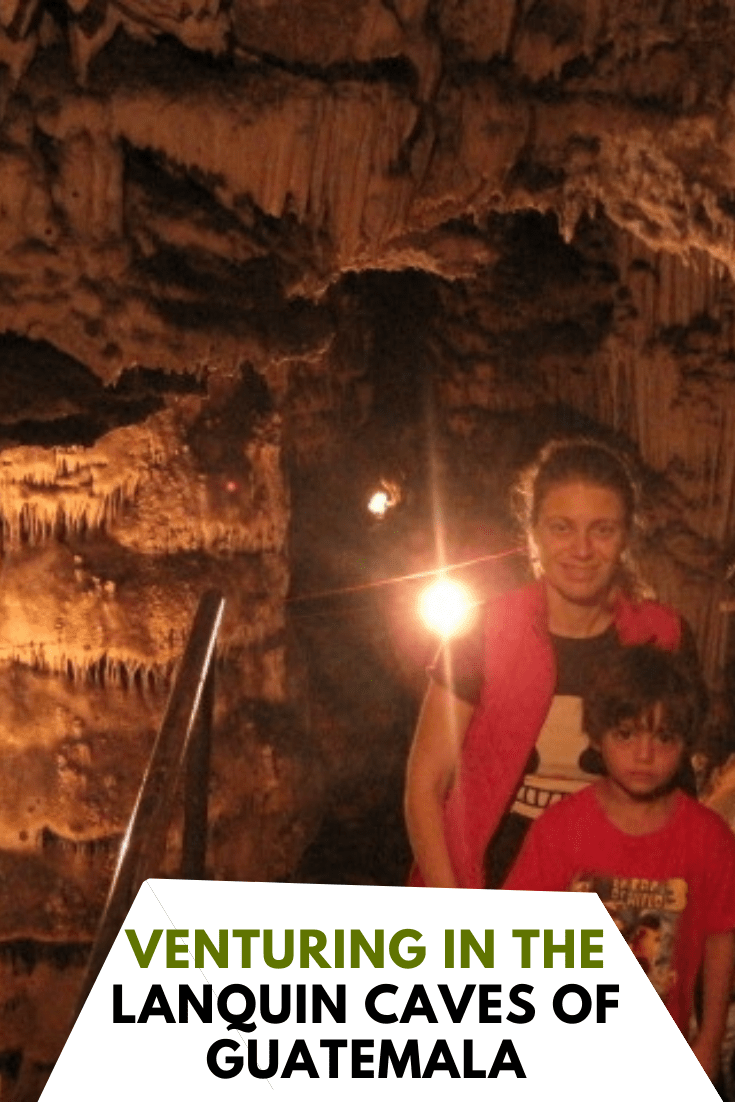