When visiting the French Quarters in New Orleans I’d say there is one place that should be the first on your list. Can you guess what it is? It’s not Bourbon Street. 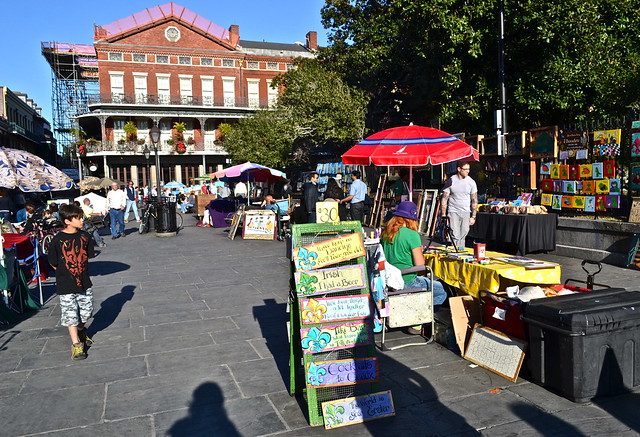 Why Jackson Square Is a Must

If you ask me, this is where the real action exists. Sure you can still party here, but Jackson Square has the best street performers in New Orleans. The main reason for this, is because there is a lot more room for them to do their thing. And get a much larger crowd then on any of the other fun streets. 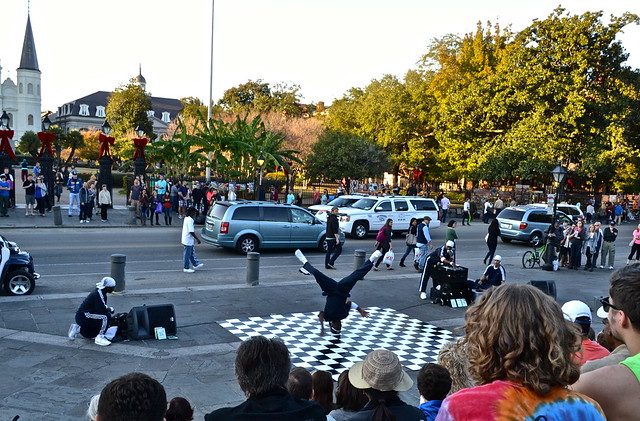 Plus, if you’re into horse carriage rides, this is the place. There are so many carriages that I truly wonder how many people take them. 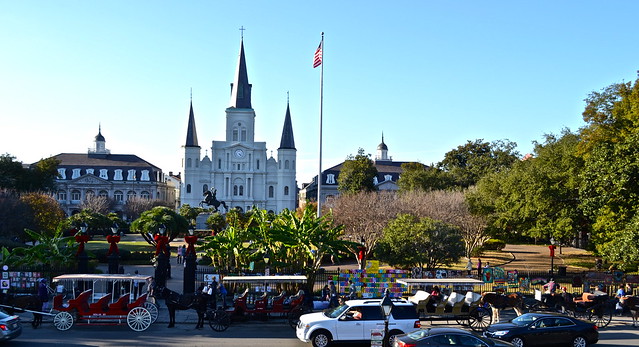 Also, you want original New Orleans art works? You will have a plethora of artists to choose from. And if you want it done for you right then and there, it can be done. 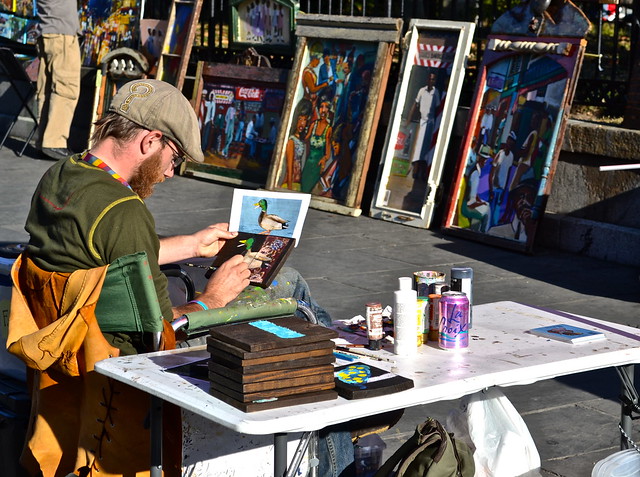 Oh, you want your fortune told? Don’t go any further, there are tons and tons of clairvoyance going on to the umpteenth degree here as well.

So, as you can see Jackson Square, has it all. Including the famous Cafe Du Monde and beignets. Plenty of musicians on every corner, and history.

NOTE: The majority of the entertainment happens during the weekends. During the busy season you will find stuff going on all the time. However, New Orleans, just like every other city, has it’s off season too. This is when you really need to leave all the touring for mid week while enjoying Jackson Square on the weekends.