Going to a theme park is a big deal in my house.  Not sure why, but it usually takes a lot of preparation to head on over there. A few rules – we never go during high season or weekends, because the last thing we need is to be stuck in lines.

Also, it’s not around the corner from our house. So when we make plans to go to Guatemala City and to visit IRTRA in Mundo Petapa we normally have other things to do like getting ‘official’ papers or passports or ‘important’ stuff.

This time around was no different.

We decided to go on Thursday, since the park is only open Thursday – Sunday. Chances are Thursdays are their slowest.

We had to hit the US embassy for some ‘official’ business as well.

Everything was going smoothly, until we arrived to IRTRA and it started to pour on us.

Upside of going to an Amusement Park in the Rain

STRONG RECOMMENDATION – if you can eat before arriving do so. We have never ate worse food than what is offered at this amusement park, even if it is dirt cheap. 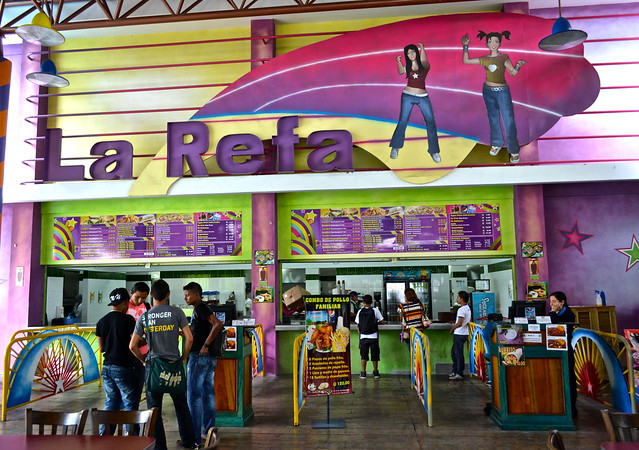 The Rides – Always the Main Attractions

My three year old was just the right height for most of the baby rides. Last time we came to IRTRA he couldn’t do anything at all. So this time he had a blast:

Planes – he did this one alone – and he survived!

Carousel – I had to join him on this dare devil ride. Somehow we made it. 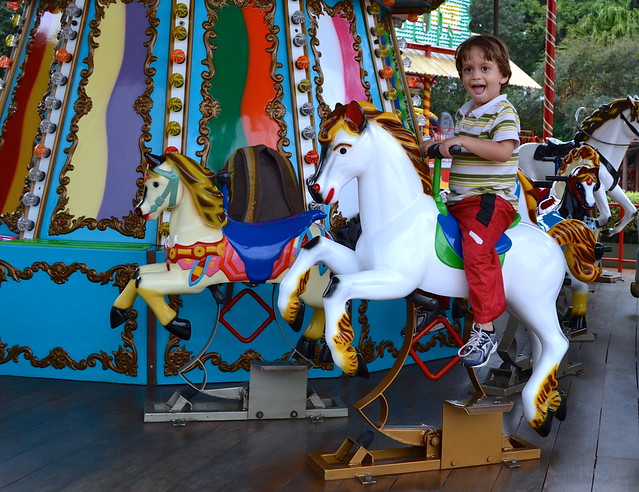 Energy User – the harder you peddle the higher you fly. This time around the big bro was there to help, otherwise my baby would never get off the ground 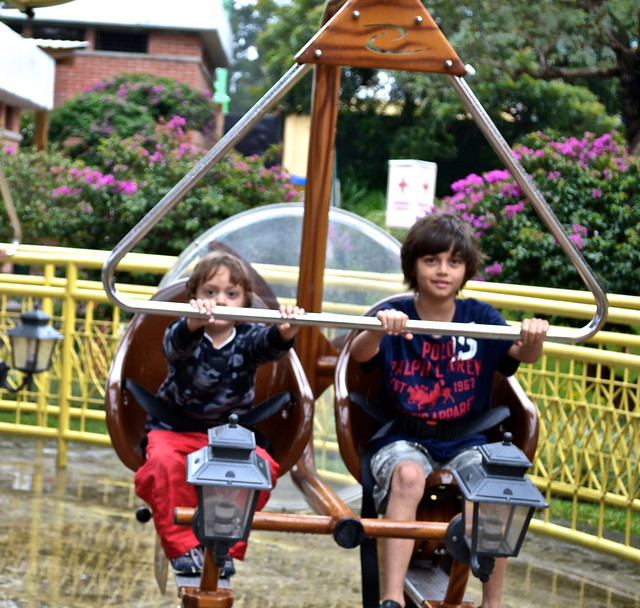 Bumper Cars – if you can believe it, they actually recommend for tiny people to go alone. If anyone has ever sat in a bumper car, they will know very well how DIFFICULT it is to steer. So at first we tried it with my three year old on his own. This was a total farce and they had to stop the ride cause he was going no where and everyone was bumping into him. And then they let his big brother drive him around.

Papa and son moment – this looks a lot more fun than it actually is for adults. But seeing your baby full of excitement and anticipation makes you forget that the rain is pelting down and you’re being swung round and round.

Driving a car – ok, this has to be the coolest ride here. And one that my three year old can do on his own. Drive a smart car. There is a little track that goes around a miniature village that resembles a lot like a smurf village with mushroom-like houses. And he drives it on his own.

Tackling Icebergs and Playing with Penguins – do the rides get any cuter than this one? Not sure, cause seeing my son’s face as he goes up and down the little ride was without a doubt the highlight of our day – even in the downpour.