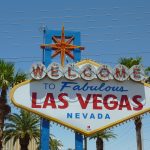 The setting of a movie is as recognizable as the actors who star in the lead roles. It’s not a shocker that the glamour and glitz of Las Vegas inspire movie makers to create stories centered on the bright lights and the glittering strip of Sin City. Cool infographic filled with information that you should know before traveling to Las Vegas. Take a look at this Las Vegas travel guide.

Some of the most beloved movies take place in Vegas. While not all of them are blockbusters or Oscar winners, films focused around the city tend to pull in cult audiences long after they leave the theaters, particularly if the films involve exciting heists or skilled gamblers trying to get one over on the house.

Mario Puzo helped to bring everyone’s attention to Vegas. His books started the job, and the film adaptation of “The Godfather” finished it. “Rain Man,” starring Dustin Hoffman, made the world want to take on Vegas. Unfortunately, the world quickly realized that Raymond’s skills are one of a kind. Thanks to the original “Ocean’s Eleven” starring the Rat Pack and the remake starring George Clooney and Brad Pitt, plenty of folks secretly dream of planning an elaborate heist and beginning their new, secret lives as millionaires. Cult favorite “Showgirls” is — well — it’s in a league all its own.

Recommended Read: 6 Food Challenges Around Vegas for the Competitive Eater in You

Many of your favorite movies probably take place in Vegas, even if Sin City steals only a scene or two. Indeed, films such as “Swingers,” “The Hangover,” and “Behind the Candelabra” are worthy of watching on repeat. To find out which hotels and locations appear in your favorite movies, explore the following infographic.