Howling Woods Farm, NJ: Have You Ever Petted a Wolf?

Howling Woods Farm, NJ: Have You Ever Petted a Wolf? 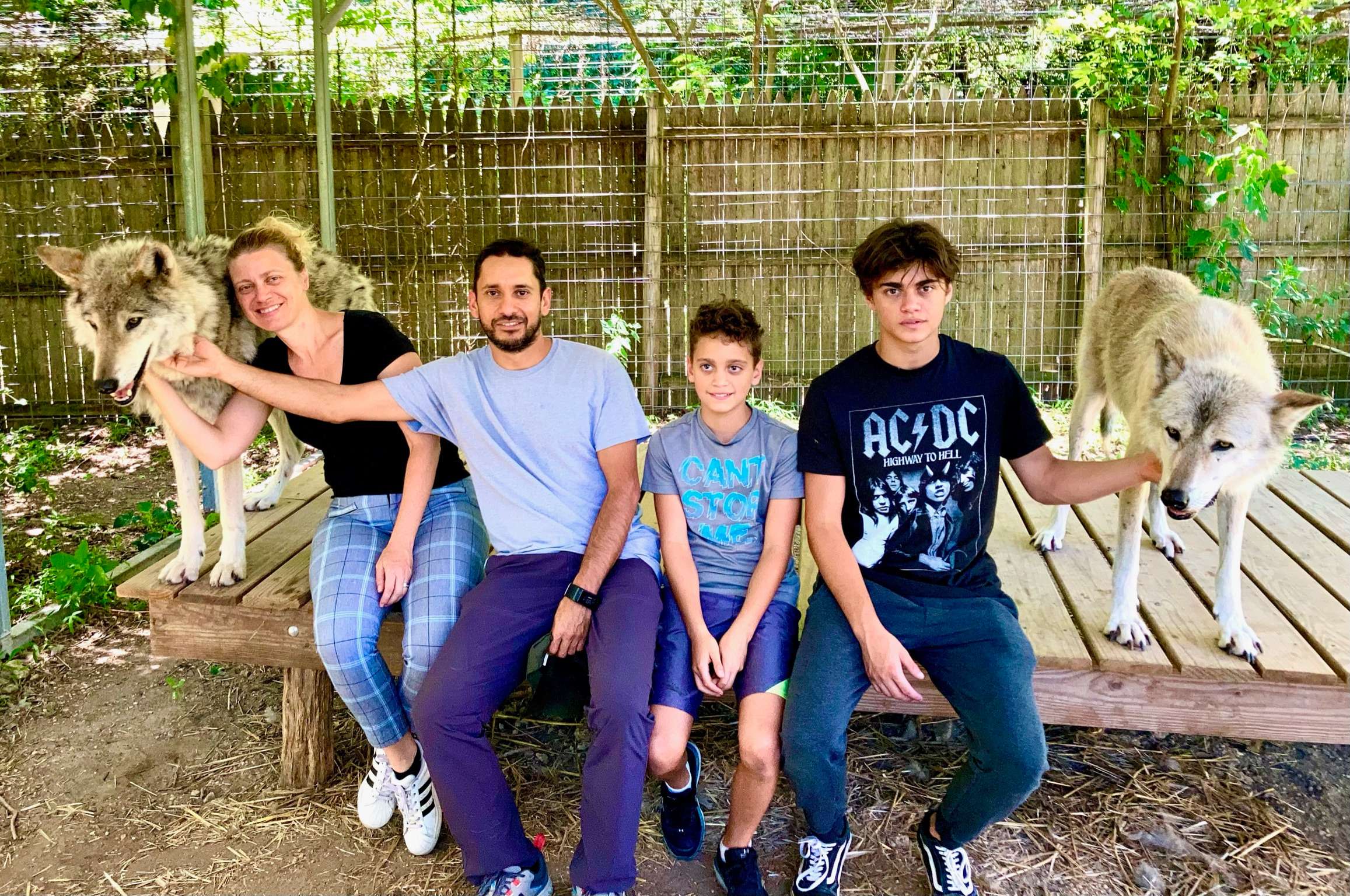 There is this incredible rescue center, near where my parents live, about Wolves. Well, it’s not exactly about Wolves, obviously, they rescue wolf pups.  I didn’t even realize this was an issue, but it’s a pretty strong and really severe issue that is happening. This’s my full experience at a wolf rescue center called Howling Woods Farm in New Jersey.

There are people that are selling wolf pups kind of on the black market. So Wolf pup is anything that has a bit of a dog mix in them, and it’s only a certain amount that is actually permitted to be sold regularly in actual certified shops and breeders. But there’s also a lot that is on the black market, and wolf pups sound like such a great idea, right? 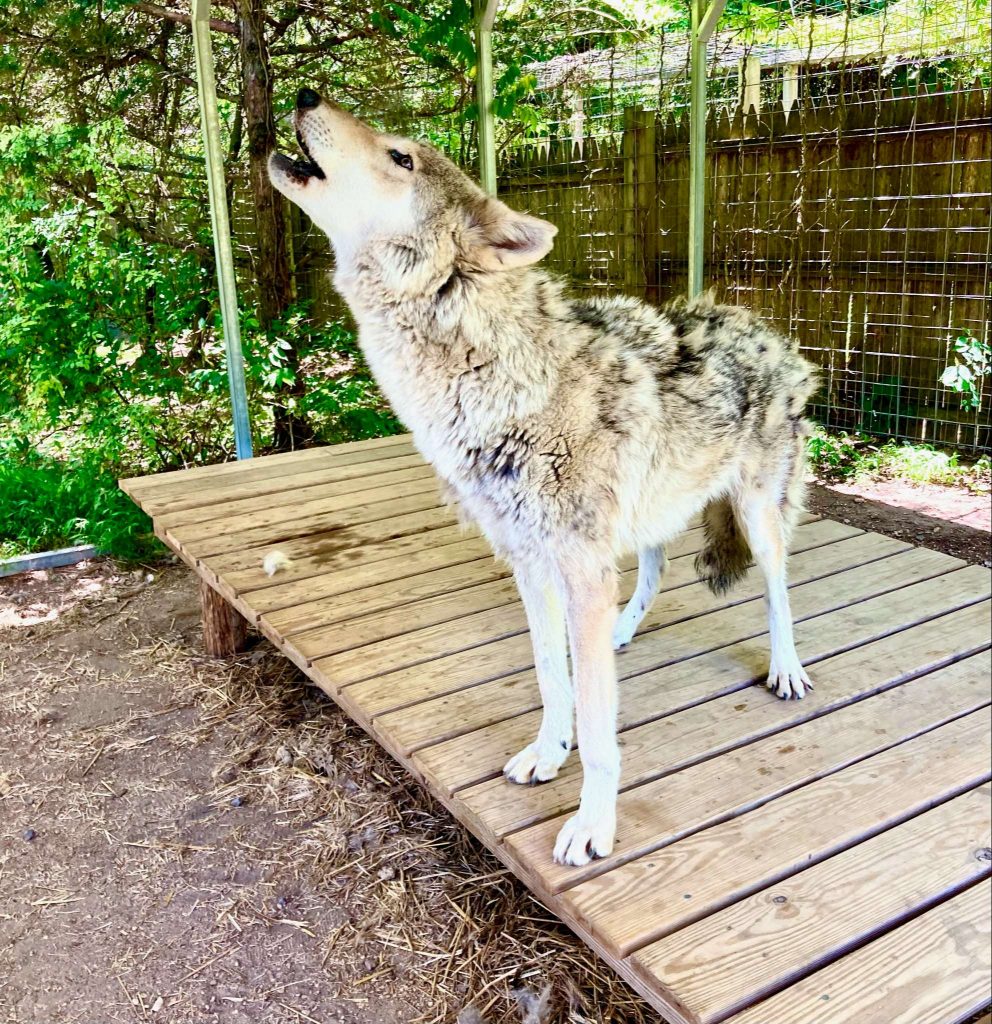 What happens is, number one, that it becomes a regulated problem, sometimes people see that wait, this is a Wolf pup that has too much wolf in it, and they get taken away where are they going to go? No worries.

There are these rescue centers that take these the other biggest issue, which probably is like the 90% problem, is once a family takes in a wolf pup, and they’re tiny. Puppies are tiny. I have this gorgeous German Shepherd. When he arrived at our house, he was smaller than my Shih Tzu, and then all of a sudden, he grew to be a 90-pound German Shepherd, and he’s not even on the large side.

So wolf pups grow to be even bigger. If you’re going to get a wolf pup, and you have an apartment, guess what? It’s horrible, and they are really active, and they get very bored and they start to rip the house apart.

Okay, so what happens? They want to get rid of it, but they can’t be sent to shelter because they’re wolves. So this particular rescue center called Howling Woods Farm in New Jersey is a Mecca for these places. This place is incredible. So they open it up for tours because it’s a huge property because they have to run around. 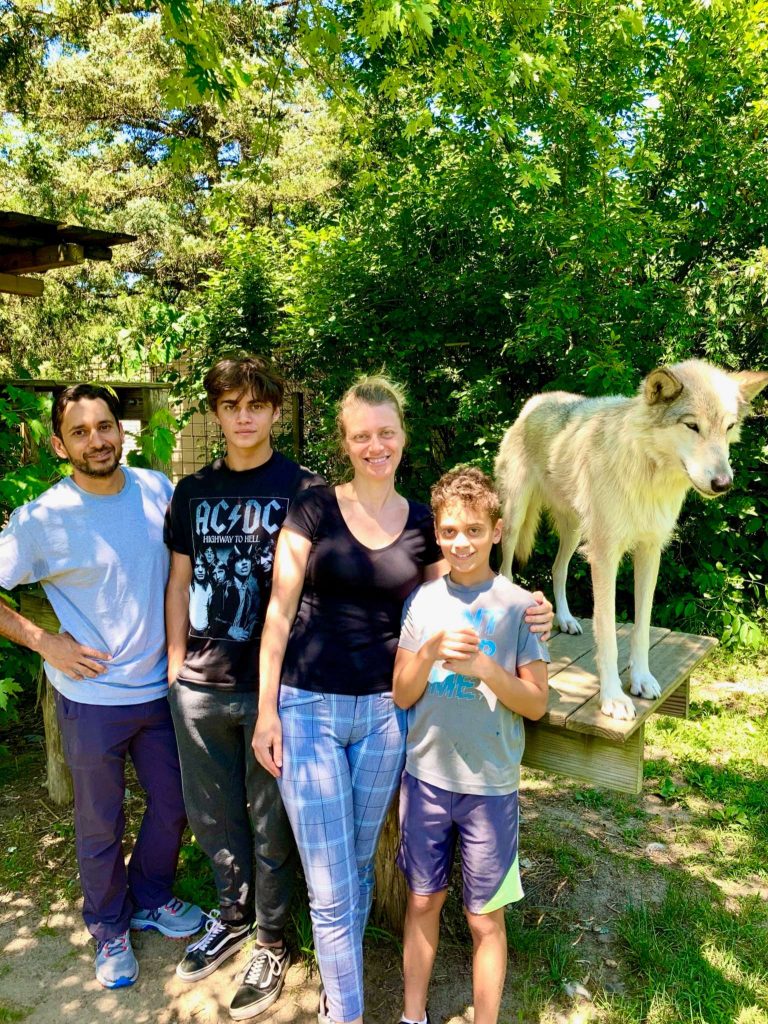 You come in, and you get to enter into these areas where these wolves are. Some are separated from others because they also have sites, and they have to be properly taken care of. They are abandoned animals who need particular care, and this particular place really does give them this care.

So my family and I went there for a day. It’s only a couple of hours that you do the tour, and you just walk around. It is definitely structured and organized, and it’s very educational, and you also get hands-on with these wolves.

To be honest with you, some of these Wolves were more domesticated than my own doggies, but that’s a whole other story. One of the wolves there is 90% wolf, so it’s truly incredible to see.

Why is this place called howling woods farms?

Because these babies, they howl, and it is absolutely amazing, and they howl a lot and a lot, so it’s not done on point. They’re not accurate, but a lot of them just do start to howl. 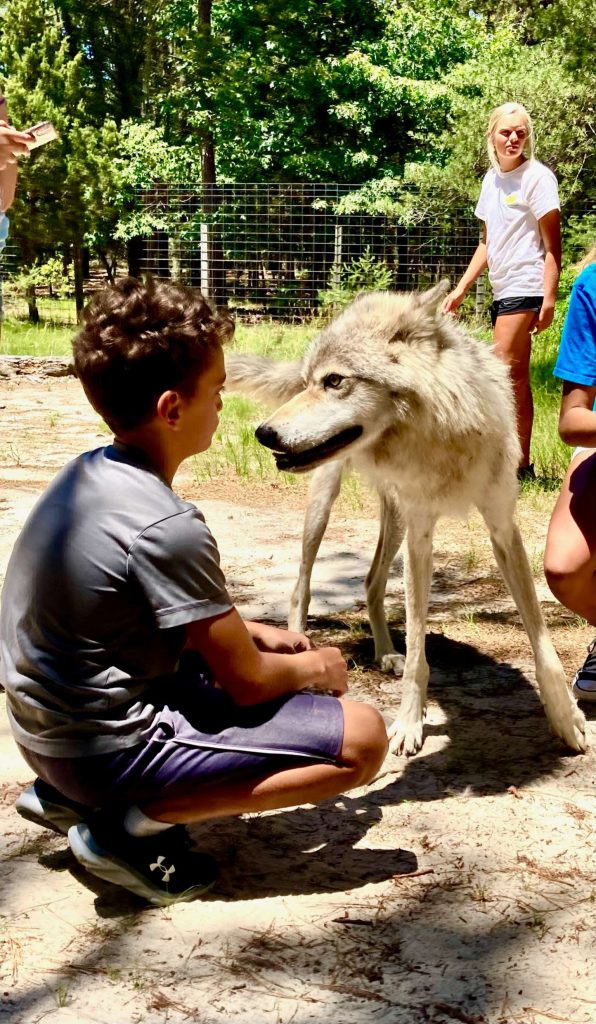 Honestly, if you could have a chance to go and visit and there are several rescue centers like this around the United States, and I’m sure throughout the world, spend the day because first, the money that you are putting in goes directly into the place, into their food, into their habitat, into their care. Another thing is education. There were so many things that we learned about these Wolves and Wolves overall that I couldn’t show you by watching a YouTube video or by reading in the book. It’s that hands-on interaction. It really moves you.

It really changes you, and they also have volunteering opportunities, so you could learn about how to volunteer and work with these animals, and who knows? Who knows, maybe your kid will all of a sudden become inspired and really want to work more with saving these animals or learning more about how to take care of these animals or animals in general. You never know what door is going to open.