6 Hotels in Cities Famous for Their Movie Locations 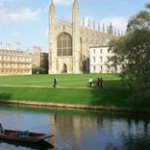 Add a bit of glamour to your next British break with a trip to one of these six Hilton hotels – each with a link to a big screen movie or famous fiction writer. Luxury Travel – Six hotels, all in cities that are famous for being movie locations. Take a look at this list.

Pack your popcorn and pen as you set off on a journey into the world of entertainment.

Some of the locations of luxury travel we’ve picked below are instantly recognizable from their starring roles in film, while others are celebrated spots where some of the world’s most famous wordsmiths hail from.

So, if you’re sitting comfortably…we’ll begin. 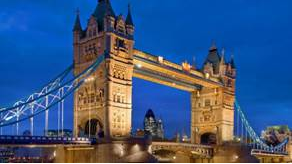 This historic London landmark provides the dramatic backdrop for many a feature film, from the scene in Sherlock Holmes where Robert Downey Jr fights his nemesis, to the high octane speedboat pursuit in James Bond – Die Another Day. It was also used in Bridget Jones: The Edge of Reason, as were locations in the nearby Borough area which you can also explore.

DoubleTree by Hilton Tower of London. Located on the doorstep of the iconic Tower of London and Tower Bridge, this contemporary hotel offers the perfect base for a sightseeing filled weekend. 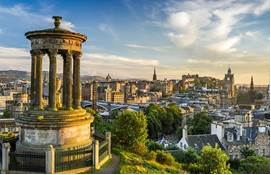 Have a magical trip to Edinburgh, Scotland

Visit the birthplace of Harry Potter at The Elephant Café where author J.K Rowling penned her blockbuster first book Harry Potter and the Philosopher’s Stone, which went on to become one of the biggest selling stories of all time. And Rowling isn’t the only famous writer to have been inspired by the tiny café; Ian Rankin and Alexander McCall-Smith also put pen to paper there.

Edinburgh Hilton Grosvenor. Located in the stylish West End of Edinburgh’s city centre, the hotel is situated only 200 meters from Haymarket train station, and a short walk from popular attractions including Edinburgh Castle, Princes Street and the Royal Mile, making it the perfect location for a city break. 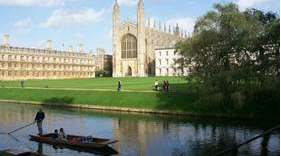 Oscar winning movie ‘The Theory of Everything’ was shot predominantly in Cambridge – the city where Professor Stephen Hawking went to university. Fans of the film will know the romantic ‘May Ball’ scene where Stephen meets wife Jane. Although Stephen studied at Trinity Hall, the scene was shot at St John’s College.

DoubleTree by Hilton Cambridge. The hotel is situated on the banks of the River Cam, offers picturesque waterside views, and easy access to the historic city and university buildings. 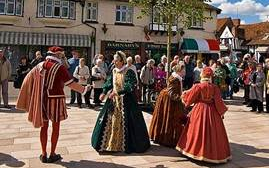 To stay or not to stay in Stratford-Upon-Avon

Visit Stratford-Upon-Avon, Warwickshire, and go to the very house where the world’s greatest ever playwright was born and lived in with wife Anne Hathaway. The house has become a shrine to millions of Shakespeare fans around the world. Actors are on hand to perform scenes from his most famous works, while you can also browse an exhibition of 11,000 fascinating Shakespearean items. 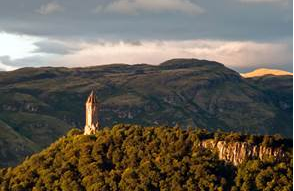 Rally the troops to visit the Scottish Highland

DoubleTree by Hilton Dunblane. Nestled in the stunning Perthshire countryside, the hotel offers an ideal base to explore the glorious highlands, and is in easy reach of the famous Wallace Monument. 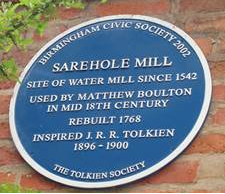 A break in Birmingham…now you’re Tolkien

Lord of the Rings author JRR Tolkien was born in South Africa but his parents were both from Birmingham and the youngster grew up there from the age of four. The family lived in the small village of Sarehole, which many credit as the inspiration for Hobbiton and the Shire. The village mill is also thought to be the mill from the stories.

Hampton By Hilton, Birmingham. This hotel  for luxury travel is conveniently located in the city centre on Birmingham Broad Street, with a whole host of attractions right on your doorstep including the Bullring Shopping Centre, the Brindley Place entertainment district and Birmingham’s famous canals all within walking distance.