Brussels Travel Guide: Everything You Need To Know 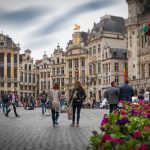 Belgium is one of Europe’s greatest gems, which is why millions visit the sovereign state every single year. It’s a particularly well-liked destination for British, German, Dutch, American, and French visitors. The city of Brussels is the most popular by far. Everything you need to know about Brussels.From time zone to attraction. This article is a Brussels Travel Guide, with useful information.

The country’s capital has plenty to offer visitors of all backgrounds for both short and long-term stays. A little research can go a long way to enhancing your enjoyment in Belgium, which is why it’s crucial to equip yourself with the right information. Here are some of the hottest tips to ensure you make the most of your stay.

Related Read: 5 of The Least-Visited Countries in Europe 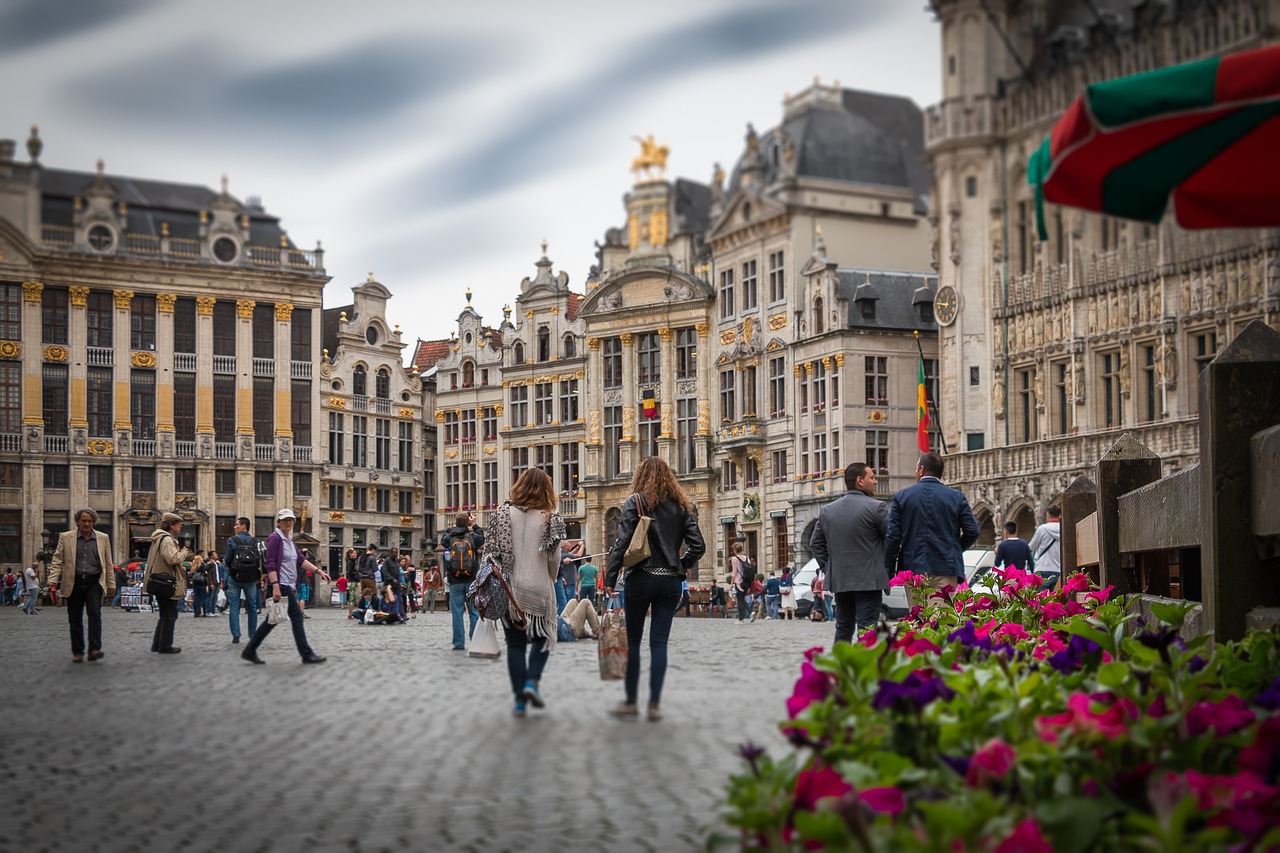 Planning is everything ahead of your trip to Brussels, and there are many factors to consider. Make sure that you pay attention to each of the following, and you should be just fine.

Brussels adheres to the Central European Time and Central European Summer Timezone hours. This means, depending on the time of year, your watch should be set to either UTC +1 or UTC +2. Most modern smartphones and tech devices will make those adjustments, but it’s always worth double checking.

It’s also important to remember this point when booking flights and thinking about fighting jet lag. In truth, this is unlikely to be an issue for visitors arriving from Europe. However, those from Asia and the Americas will want to take this into account. 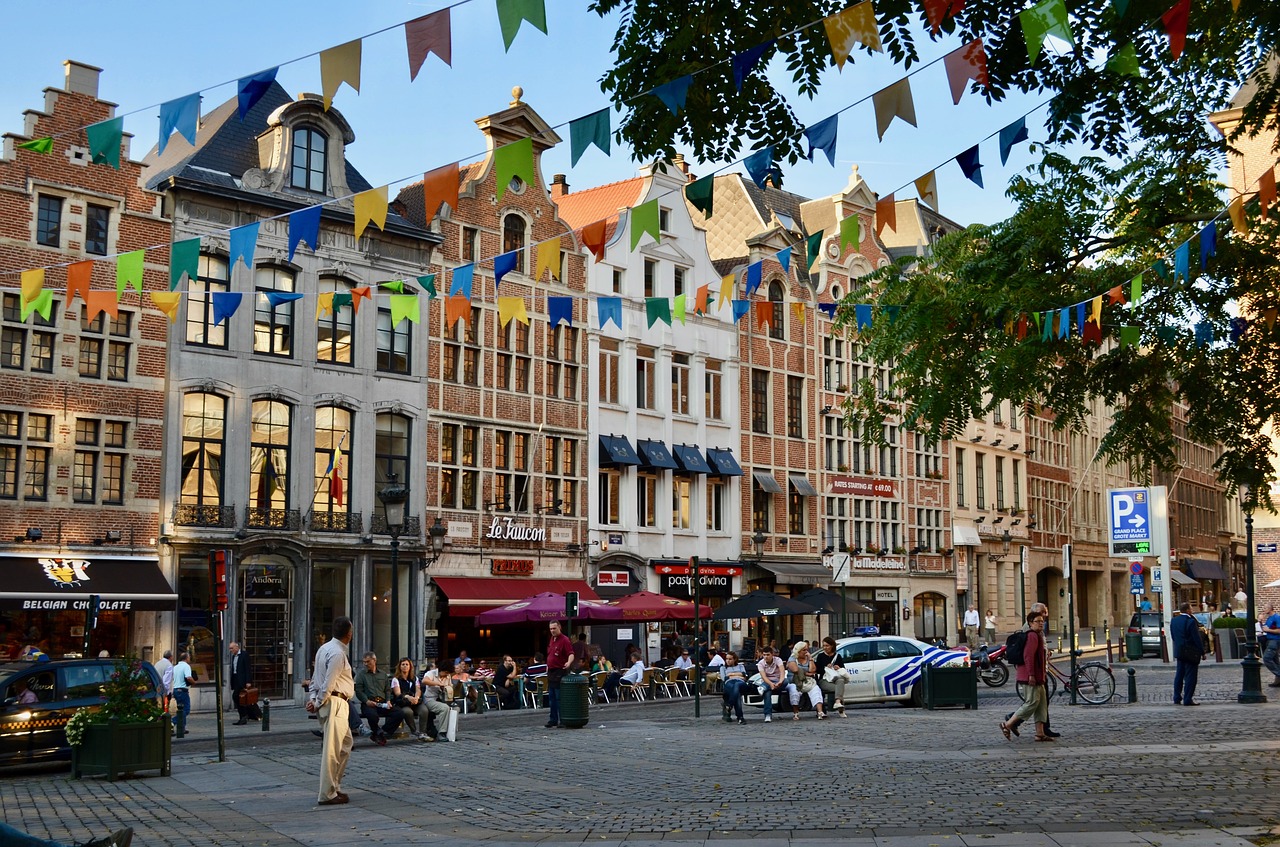 The weather in Brussels, and indeed Belgium as a whole, is comparable to most of western Europe. The winters are mild with temperatures fluctuating between 1-10 degrees centigrade. Summertime is warmer, boasting a peak of around 23 degrees.

Despite the relatively high rainfall, the humidity is quite low. Moreover, snow is a rare occurrence. Essentially, as long as you pack the right attire for such conditions, staying comfortable in Brussels is fairly simple.

As part of the EU, Belgium’s currency is Euros. Accessing this currency should be fairly simple before departure regardless of where you travel from. Alternatively, the city is blessed with many bureaus that allow you to change USD, GBP, and other denominations. The airports are a good option for the immediate activities, but you’ll usually get better rates in the city centre for bigger conversions.

ATMs are readily available throughout Brussels too. However, you may need to advise your bank about your travel plans prior to departure. Of course, traveler cheques are another option enjoyed by many visitors.

Getting To The City

Brussels is served primarily by two major airports. The main airport is Brussels Zaventem (BRU), which is located around 7.5km to the northeast of the city center. Despite being targeted by terrorists in 2016, the airport continues to be used by thousands of passengers from all over the world.

The city’s secondary airport, Brussels Charleroi (CRL), is a little further away. It is located 55km to the southwest of the central area. Like Zaventem airport, it is served by several public transport facilities. Many visitors, especially those into CRL, still prefer Brussels airport transfers. After all, this is a far more comfortable way to travel.

Visitors are spoiled for places to stay in Brussels. Aside from the plethora of hotels and guest houses, there are modern services like Airbnb. These make it easier than ever to find a great place in an equally suitable location. For those seeking a cheap stay, the city is home to a variety of great hostels too.

Whether a solo traveler on a short business trip or a family on its annual vacation doesn’t matter. Brussels is accommodating for all.

Once you’ve arrived in Brussels, you’ll find that there are many things to see and do. To enjoy those delights to their full potential, however, you must first be aware of the various situations relating to the culture. Here’s all you need to know.

Brussels is officially bilingual, with both French and Dutch appearing on road signs and other written landmarks. While only a small percentage speak fluent English, many have a basic grasp of it. German is another commonly spoken language by many of the city’s residents.

Still, any visitors that cannot speak one of the two main languages should probably download a translator App and learn a few stock phrases.

Compared to many major European cities, Brussels is relatively small. This makes it very easy to get around using the Metro, trains and buses. Moreover, tickets can be used across multiple modes of transport.

Road traffic can be quite busy, especially at rush hour. Taxis are probably the better option than hire cars as their knowledge will speed up the journeys. For those touring Europe, the Eurostar is another great way to reach France and England.

Given that service charges are usually included in the bills, tipping is not commonly expected in Brussels. However, it is still fairly common in some of the more touristy districts of the city. It’s worth keeping that in mind.

Rounding up is more than acceptable, and your upper limit should be capped at 10%. Even then, this should be reserved for services that go above and beyond standard expectations. Tipping more than this can make locals a little uncomfortable.

Brussels is a city that offers so much. Frankly, it’s very difficult to become bored in the Belgian capital. Still, there are several checklist items that no visitor should miss out on. These are just some of the best.

Belgium is famous for its chocolate. In turn, all sweet-toothed visitors will love delighting their taste buds with those luxurious items. However, Brussels is home to far much more. Moules-frites, waterzooi, and boudin are just three famous dishes. Meanwhile, the city boasts restaurants offering cuisines from around the globe.

Brussels is also home to an array of stunning bars, known for brewing dozens of weird and wonderful beers. Whether you take an organized tour or do your own thing, it’s a fantastic way to spend an evening.

As the country’s capital city, Brussels is home to government buildings, museums, and various historical landmarks. Meanwhile, the St. Michael and St. Gudula Cathedral is a sight to behold too. Grand Place is another destination that should appear on all visitor schedules.

Those man made architectural achievements are coupled with natural beauty. The Sonian forest and Bois de la Cambre are just two great examples. Whether you explore the city by foot or operated bus tours is entirely up to you.

The arts play an important role in the city’s cultural. Aside from the daily shows at various theaters, the city is home to several special events. Annual festivals cover film, music, and various other activities. They attract thousands each year.

Brussels has a good sporting history too. Its main football team, R.S.C Anderlecht is the country’s most successful. The Brussels Cycling Classic is an important event in the international cycling calendar.

Street culture isn’t as prominent as it is in some European capitals, but Brussels still boasts a variety of great acts. Their impact punctuates the evening atmosphere to heighten the overall experience. This is one area where tipping can be advised.

The locals are usually friendly and accommodating too. As long as you treat the surroundings with respect, you will be received in a positive manner. For all that Brussels has to offer, its people are the backbone of everything the city has to offer. Embrace this with both hands, and you’ll be smiling throughout your stay.