13 Things You Must Know About El Quetzal in Guatemala

Quetzals are beautiful exotic birds and one of many Guatemala’s treasures. They are loved by locals. They love them so much that among all of the animals that form Guatemala wildlife, el quetzal was the one who made it their national bird.

You can still find them hiding in the cloud forests of the northern region of the country. But because of all the illegal hunting and the destruction of their habitat, they are on the list of the to-be extinct animals unless things change, but you can play pokies online anyway. One of the last places to visit to see these guys is called El Biotopo del Quetzal, Baja Verapaz. 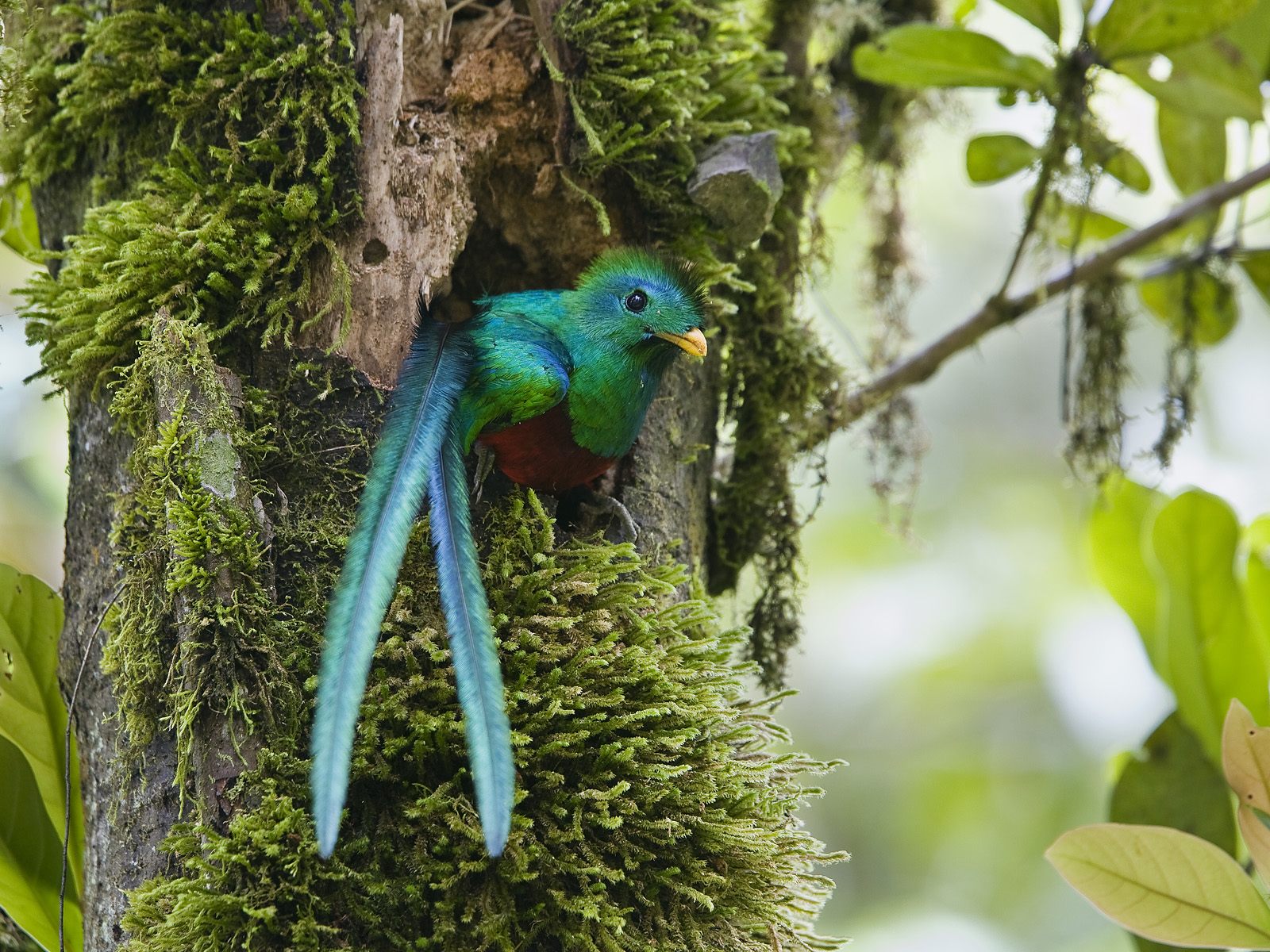 1. There are six different kinds of Quetzals, and they are all endangered.

3. For ancient and modern Mayans it is a symbol of light and peace.

4. There is a whole reserve dedicated to them called Biotopo del Quetzal.

5. Incas, Mayans, and Aztecs used the feathers (that can reach a size of 70cm) of their tales to decorate their outfits, mainly the royalty.

6. The males can be a meter long and can weigh up to a half-pound because of their tales. The best way to tell the difference between males and females is the color of the chest, the female’s chest is gray instead of red. 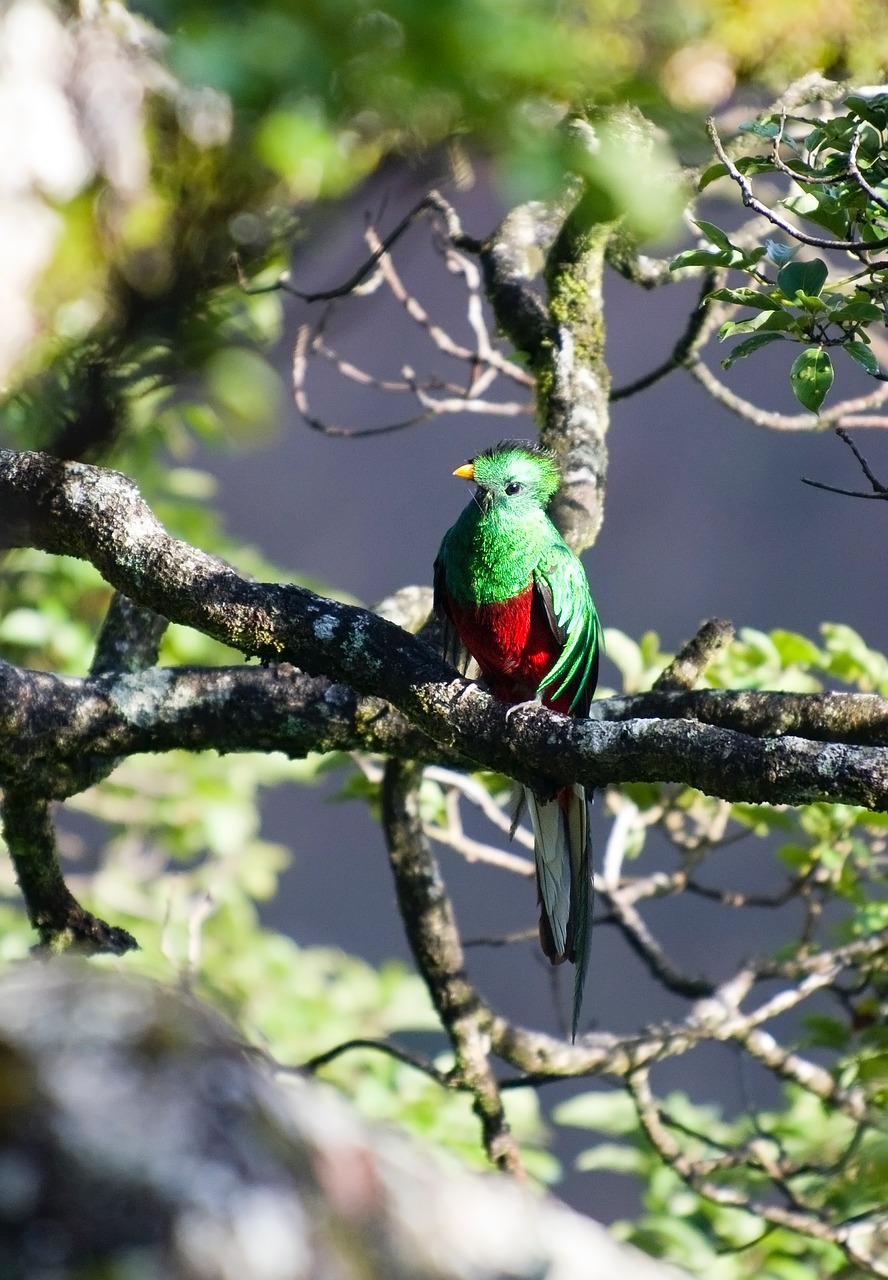 7. The male’s signature long and thin tails don’t start growing until they are around 3 years old.

8. They need to live in a tropical forest, that’s why they can be found from Chiapas, Mexico to Panama.

9. They can only have two eggs at once, these eggs are blue and measure 3 centimeters. The time it takes them to come out of the shell is 17 to 18 days. The reproductive time is between March and June.

10. Both the male and female quetzals take turns incubating their eggs and feeding the young ones for the first couple of weeks of their lives.

11. Outside of the breeding season, it is rare to see quetzals together. They tend to be solitary animals.

12. A Guatemalan legend says that when the Spaniards came there was a horrible fight between them and the Quiches (an ancient town of Mayan natives), once it was over many quetzals landed on dead Mayan’s bodies where they got stained in their blood and that’s where they got their red chests from.

13. Quetzals are considered specialized fruit-eaters, although they mix their diet with insects (wasps, ants, and larvae) and small frogs.

This is only one of the many animals that you might be able to see when you travel to Guatemala while using the best us online casino. Take a look at this article to learn more about the different Guatemala wildlife species.

Found this article useful? Pin it! 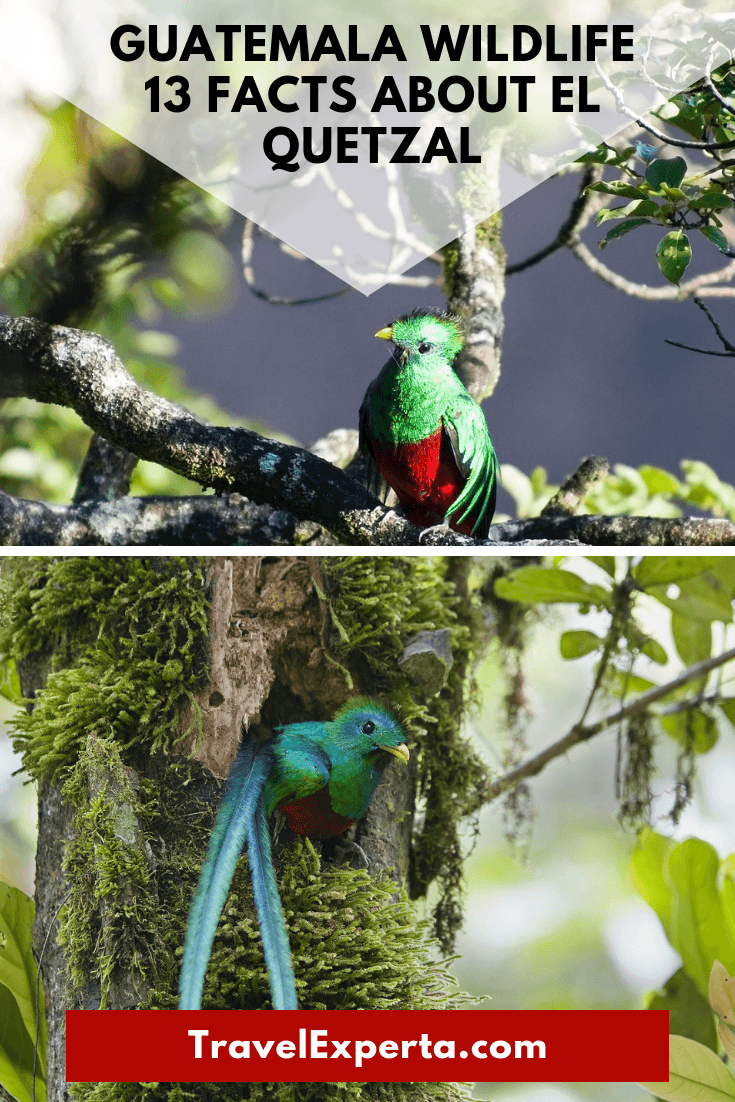