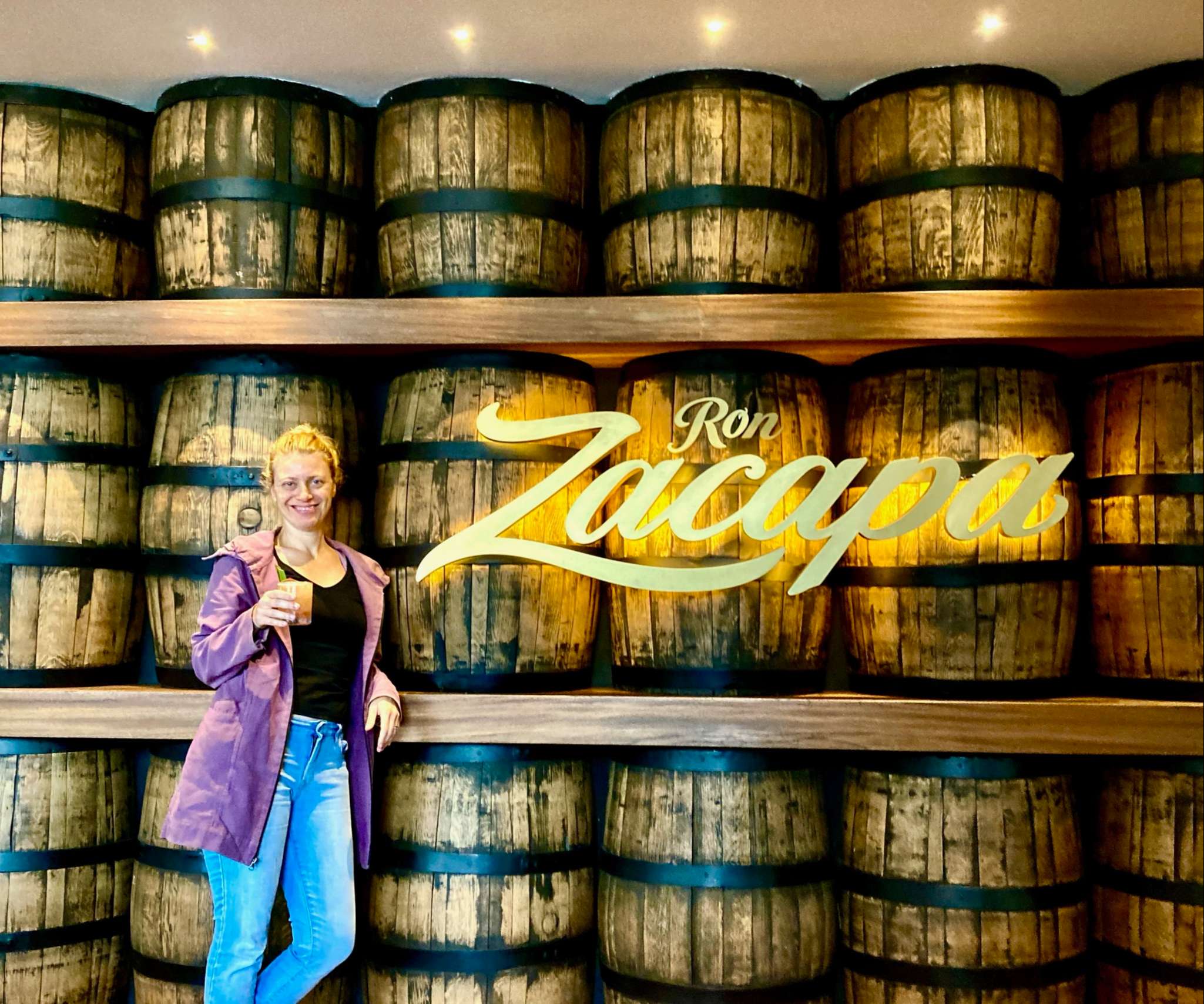 Guatemala has a variety of amazingly delicious types of drinks, from nonalcoholic like fresh juices to different alcoholic beverages. I’m going to surprise you with some of the drinks you’re going to find in Guatemala. Today we’re going to be talking about typical, traditional, and the best Guatemalan drinks for you to try.

On the nonalcoholic side, the most popular drinks in Guatemala are Limonadas and Narajandas, they are commonly drunk all around the country. On the alcoholic side, the national beer of the country is Gallo, it’s really popular and can be found anywhere. Interestingly enough, Guatemala is home to one of the best rums in the world, Zacapa Rum.

First and foremost, let’s talk about coffee. Guatemala is world renowned for some of the best coffee in the world. And it is because of the volcanic soil, their coffee is literally considered to be some of the top five in the world.  So when you come to Guatemala, you are able to actually enjoy it in all the different coffee shops that you could find all over Guatemala. So make sure you try Guatemalan coffee. Even if you’re not a coffee lover, give it a shot, you’ll really enjoy it. 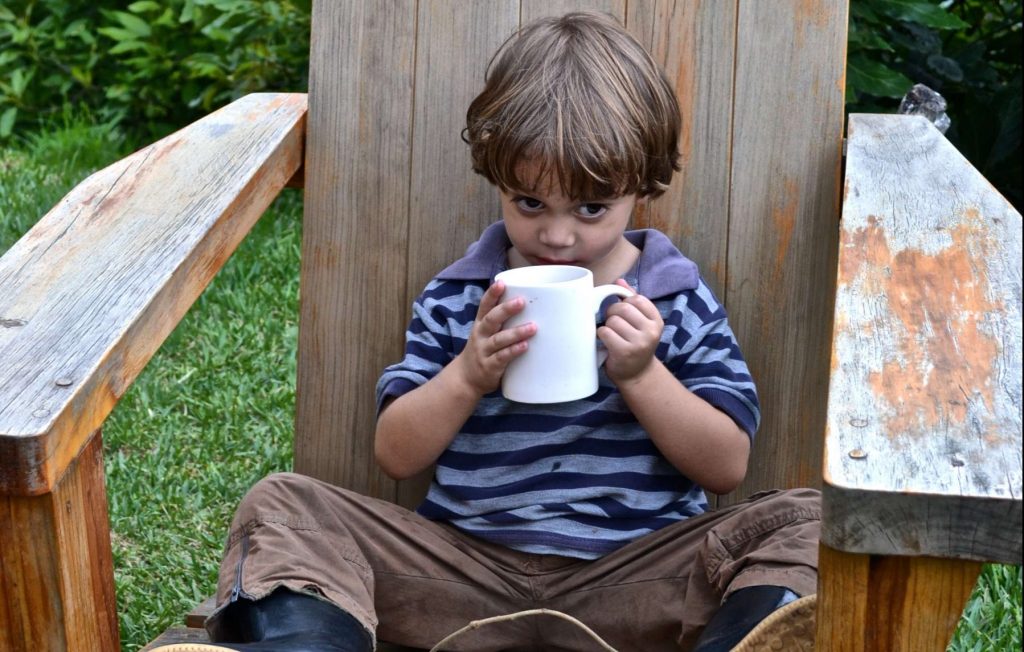 We also have atol de elote. Basically, it is this thick, warm drink made out of corn, and you can find it in restaurants and mainly in Guatemala street food. But it’s fascinating when you could go and taste it in the street foods because that’s where they really serve it, and somehow they managed to keep it really warm and pretty much hot right on the street. It’s really tasty, I can’t even explain the flavor of it. It’s thick, so it’s almost like a meal, it can easily be one of the traditional Guatemalan foods. Sometimes it’s like a really thick, soup-like flavor.

Now, some of the most popular drinks in Guatemala are Limonadas and naranjadas. What is a limonada?  It is like lemonade. Usually, when you say limonada, it comes in two varieties, lemonade with water or with soda. But the actual base of it is fresh squeezed lemonade, obviously with a little bit of sugar. When you ask for lemonade, they will always ask, do you want water with it or do you want soda with it?

The other really popular drink here is Naranjada.  Naranjada is the orange version of limonada. So the base is freshly squeezed orange juice. And then you add water and sugar, or soda and sugar to it. And you get this in every restaurant, street vendor, or wherever.

Rosa de Jamaica, which is Hibiscus tea, but it’s cold, and some people use it with cinnamon, some people with just sugar.  But it is also found absolutely everywhere. It is an incredibly popular drink. And drinks here, like those types, are called refresco. They’re refreshing drinks.

Licuado is literally a smoothie, so licuado, and they usually give it totally fresh fruit. And again, with licuado, you could do either with just water or a different kind of fresh fruit. You decide which fresh fruit. Mango, papaya, strawberries, bananas, or you could do a mixed version of that. You could either have it with water or milk.  Milk is also a very popular version and to be honest, the majority of people actually have it with milk because it gives you a little bit more protein. And you could definitely get the vegan version of it as well. I personally prefer mine to be just with water. So these are the most popular refreshing types of drinks in Guatemala.

We can never forget about hot cocoa. Mayan chocolate is world-renowned. When you come to Guatemala, when you enter any Guatemalan household, you will usually find two things on the stove beans, refried beans constantly being cooked and warmed up, and hot chocolate. It is almost a staple.

Interestingly, for Christmas, they do have something like the United States has eggnog. They have this ponche, it’s called ponche de navidad. It’s Christmas punch, and it usually does have a little bit of alcohol, but it is like this cooked fruit with cinnamon sticks in it, and it’s really flavorful. You can pretty much only find it during the Christmas season, otherwise, you cannot get your hands on it. So if you are traveling here during December time, definitely get yourself a ponche de navidad. It’s really tasty and a lot of times it will give you a nice little kick because of the alcohol, but you could get the kid’s version as well.

Something fascinating about Guatemala is it has number one and number two most famous, most popular, and best quality rum. Zacapa Rum is world-renowned for its rum.  If you go for the perfect stuff, it costs you up to $200 per bottle, if not more. You could actually go to the different restaurants that have rum bars, and I have an entire podcast talking about the Zacapa Casa de Ron. I definitely really recommend you guys go and check that out.

💡 You can listen to the full Casa del Ron podcast here

Then they have more localized versions, obviously, of different alcohols.  And one interesting one, it’s called Quetzeltco. It is like 80 or 90% alcohol. Burn you up. It actually comes from the region of Quetzaltenango and that’s why it’s called Quetzalteca as well. It’s interesting because it’s such a strong flavor they have them in different flavors, like with different fruits and berries to kind of make the flavor of it not as powerful and burn your mouth.

And as with every country in the world, Guatemala has its own beer. Gallo is probably the most popular beer. It’s a very light beer. They do have a lot more variety now, but this is probably their most popular one as well. It’s kind of like a Budweiser in the United States. You can find it everywhere. There are a lot of artisanal beers now as well because, obviously, the handcrafted beer movement is everywhere. But Gallo beer, has been around since probably 1800. It’s one of the oldest breweries in Guatemala.

So these are just some of the most popular drinks. Obviously, there’s a lot more to go over, but these are the ones I really recommend trying as one of the best things to do in Guatemala.