Guatemala City Airport: Everything You Need to Know Before Arriving

Guatemala City Airport: Everything You Need to Know Before Arriving 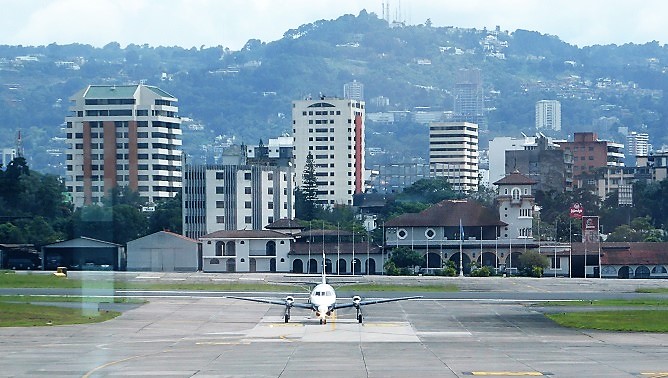 Interestingly enough, Guatemala airport is probably one of my favorite airports. Not because I live here, but because it’s really that convenient and that easy to get around. The coolest thing of it all. It’s literally like a terminal in some of these huge airports in the US or Europe, like in Miami or Barcelona, or JFK, it’s small. But it has everything that you need. Today we’re going to be talking about Guatemala City International Airport.

I always recommend getting to wherever you have to go at least three hours before, they have this really dumb rule that you cannot enter the airport without a passport. So if you have people that are showing you off like, sending you off, make sure they bring their passport. They don’t check for the flight information, it’s a really weird system, but just go with it.

Inside it’s pretty simple. You go check-in. You do have to go through migration after security. Pretty much like you do everywhere else. If you have kids flying out, it’s perfect to just have a lawyer letter if both parents aren’t flying together. It’s good to have a lawyer’s letter saying that you permit them to go out. It’s really important, actually. They can turn them away. So if the kids are flying on their own, or if they’re only flying with one of the parents.

What’s really cool inside is they do have a VIP airport lounge. It’s very affordable. It’s called Casa de Ron Zacapa VIP Lounge. It is 30$ per person, but the only thing is they’re only open from 9 till 5 which is kind of bizarre. So if you have a flight after that, too bad,

The Internet at the airport never works. Never ever works. So either come with your own data or just prepare that the Internet is not going to work. I have yet to see it work, even though they say that it’s free everywhere, it doesn’t work.

Other than that, when you’re flying in again, it’s a very easy, very easy system. You do need your vaccines, and they make you fill out some forms. But overall it’s pretty easy following get yourself the carousels, the fact that it is so small it’s fantastic.

Now if you are arriving, they do have an airport taxi, so make sure that you get that from the inside. I don’t really recommend getting taxis or anything once you go outside. It is notorious for the pirate taxis that could rob you.

Uber does work very well in Guatemala, so if you have the Uber app I really recommend that because it’s not expensive, but if you could also have a shuttle service or a private transfer waiting for you, even better, and the private transfers, they pretty much cost similar to Uber, and it’s usually like a minivan that you could fit all of your suitcases. Unlike with Uber, You always have to wonder, is it going to fit my suitcases?