Exploring the Ghumdan Palace in Yemen 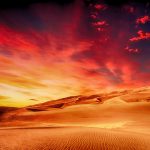 Ghumdan Palace, also referred to as Qasir Ghumdan, is an ancient fortress in the heart of Sana’a, Yemen. This tower-like palace is situated west of the Great Mosque, which is part of the UNESCO World Heritage Site. According to Middle Eastern historians, the stones of Ghumdan were laid by the son of Noah, but geographers claim that the construction of this fortress dates back to pre-Islamic times. Tons of interesting facts about the Ghumdan Palace that will make you want to visit Yemen. Take a look at this post to learn.

Historians date the Ghumdan to the beginning of 2nd century, and shortly after it was built, the Abyssinian conqueror Al-Hubashi destroyed the fortress. The palace has been restored many times over the last few centuries. Its history is mentioned in several legends as well as Arabic poetry and songs. It is believed by historians that Ghumdan Palace is the world’s earliest tower, standing 20 storeys high.

This ancient and historic city is surrounded by a 14-metre high clay wall. There are over 100 places of worship, around 6000 houses, and 12 Arabic baths (hammams). The entrance point of this fortified city is through Bab al-Yemen, which is home to the oldest and largest mosque in the world, (Al Shab). This heavily guarded mosque lies to the west of Ghumdan Palace and is protected by high walls. 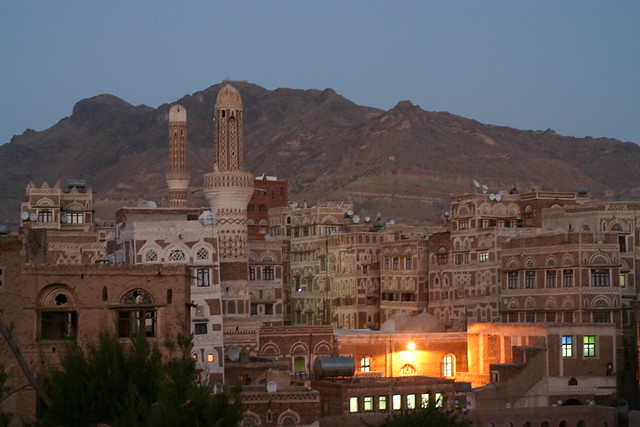 Photo by: Matt May

The fortress was built at the top of a hill, but since it’s gone through numerous restorations, historians cannot be sure of its original height. Some claim that the original tower was between seven to ten storeys and it was even reported that the roof was made of green marble tiles before it was totally ruined by conquerors. Each floor of the tower is around 13 meters in height, hence the reason it is referred to as the world’s first skyscraper.

When to visit the Ghumdan Palace

This Arabic country is mostly a desert with a hot and humid climate along the west coast. The temperatures in summer are as high as 50 degrees Celsius, but it can feel a little chilly in the northern parts of the country. The city of Sana’a is best explored in the autumntime, when the weather is mild and breezy. In the winter months, however, the temperatures can fall as low as -2 at night.

If you are planning to visit Yemen, regardless of whether it is for business or leisure, you need to take specialist Yemen insurance. The recent unrest and the high levels of terrorism have made it quite impossible to obtain a standard insurance policy. You should therefore be prepared to pay more for high-risk insurance because of the ongoing war by the Houthis.

Before visiting Yemen, you should first get to know the social traditions of this country in order to avoid offending the locals. If there is a certain dress code or behavior that you need to know about, make sure you find this out prior to traveling. You should also check that your insurance policy includes medical evacuation by air as well as hospitalization. By taking precautions and respecting the religious beliefs of the Yemenis, there is no reason why you wouldn’t enjoy your cultural trip to this country.