4 Top Things to Do in Bandung, Indonesia 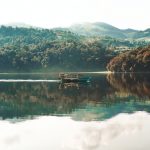 Surrounded by greenery and a range of active volcanoes, Bandung, the third-largest city in Indonesia is a visitor’s delight. Known as the ‘Paris of west Java’ the city lies in a basin of tea plantations, known to have been started by the Dutch. From immersing in hot springs, hotels like Sensa Hotel Bandung, trying the local food at a floating market, or walking down active volcanic craters, visitors come from all over to visit Bandung. Here you have some of the best things to do in Bandung.

The exquisite atmosphere, combined with gorgeous views of the city nestled between three mountains enhances the artistic and cultural heritage of the city. Perched at an elevation of around 770 meters, Bandung is known as much for its tropical cool weather as for the fashion outlets clustered around the Dago district.

Things to Do in Bandung 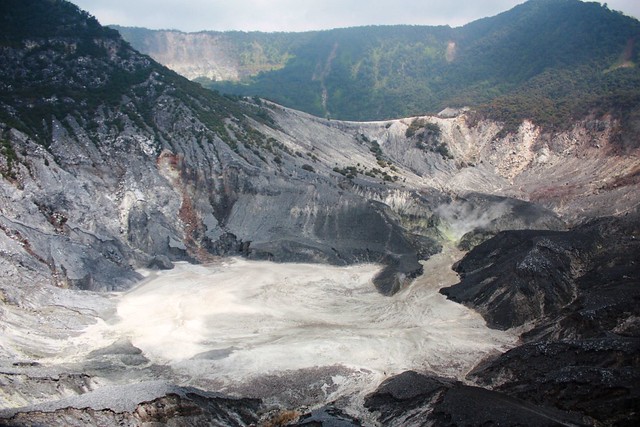 Less than two hours north of Bandung you can experience an unforgettable experience of actually walking into the crater of a live volcano. As you step on the slopes of the “overturned boat” or Tangkuban Perahu, you can see the white billowing smoke emerging from the depths and take in the smell of the constantly rising sulfur fumes. This stratovolcano, lying 30 km away from Bandung, last erupted in 2013, and consists of three craters. Shopping kiosks around the periphery add to the experience with the delectable local delicacies on offer. Handicrafts and souvenirs from Tangkuban Perahu itself make a visit to this place a must. 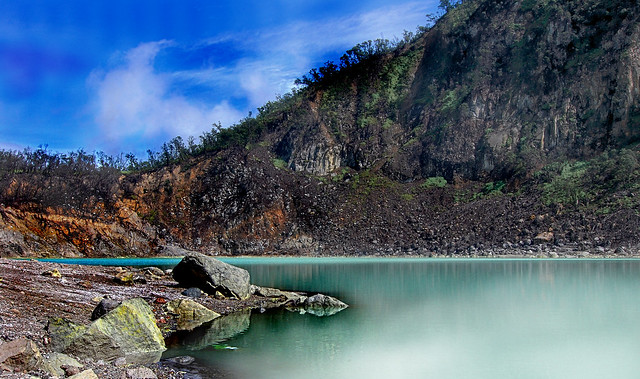 If the idea of visiting an active volcano sounds daunting, then try visiting a dormant one. Located 50 km to the south of Bandung, lies another volcano known as the “white crater” or Kawah Putih as the name suggests. A turquoise lake in the crater is a great spot for viewing the scenery and witnessing the whiteness of the landscape caused by the strong concentration of sulfur in the crater walls. The soil found here is said to possess many healing properties and is widely sold here.

This small village still adheres to the ancient traditional governance system. Situated just an hour from Garut is Dragon village of Kampung Naga. This simple and laid-back place lies in a stretch of beautiful paddy fields with a sacred Naga forest on the western side. Entry to the village is through prior consent of the headman, who then organizes a tour of the homes. With electricity being shunned by the locals, the residents here are more or less cut off from the outside world.

This popular mall situated in the heart of Bandung, attracts not only locals but people from all over the country. This place is a virtual shoppers delight with more than 200 elite shops spread over an area of 5000 square meters. Housing a plethora of international restaurants and some offering local cuisine, PVJ caters to every shopping enthusiast from mid-range to high-end. Nobody returns from Bandung empty-handed when it comes to shopping.

Finally, the city offers some amazing luxury accommodations, you will find one near each of the main attractions that you might want to visit. You will definitely find something that is right for you see now.

What are your favorite Things to Do in Bandung?