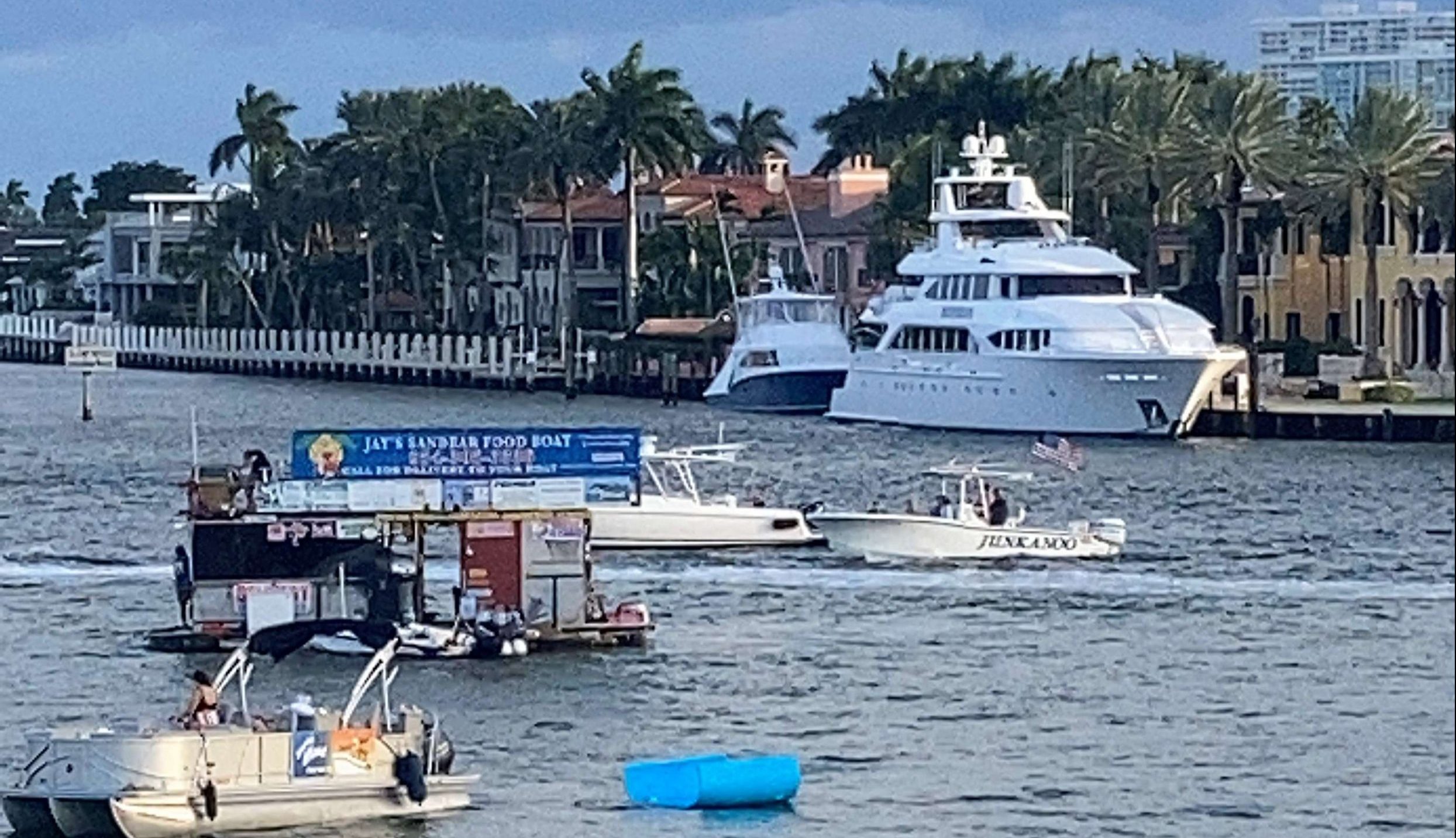 For my parents’ 50th anniversary, they wanted to do something special. They were staying in Florida, and they wanted to invite all of their friends for the 50th anniversary. They even had friends coming from all over the world, from different parts, to come for this party. So instead of doing a regular party either having people at the house or renting a space, I said to my parents, let’s rent a yacht for a dinner party, and the idea sounds great but at first, it sounds, oh my God, that is so expensive.  That’s how we ended up doing a Fort Lauderdale canals yacht tour and dinner cruise

When we started to check out and compare banquet halls or renting out restaurants versus the yacht, amazingly enough, the yacht was the cheaper option. I’m not even kidding. So it’s either exactly the same or even a little cheaper, and it gave you such an experience. We ended up choosing the yacht option. Musette Yacht Rentals.

The place we went with had two different yachts. It was a smaller yacht that was for about 45 people which we would have had like 40 people or there’s also the option of a yacht for 300 people. Obviously, that one is in a totally different range for your money. So we ended up going with a smaller yacht. One of the benefits and perks of Covid was because we were in the midst of Covid, yet everything was open. The owner gave us a massive, massive gift and put us on the super large yacht for the exact same price as the small one. 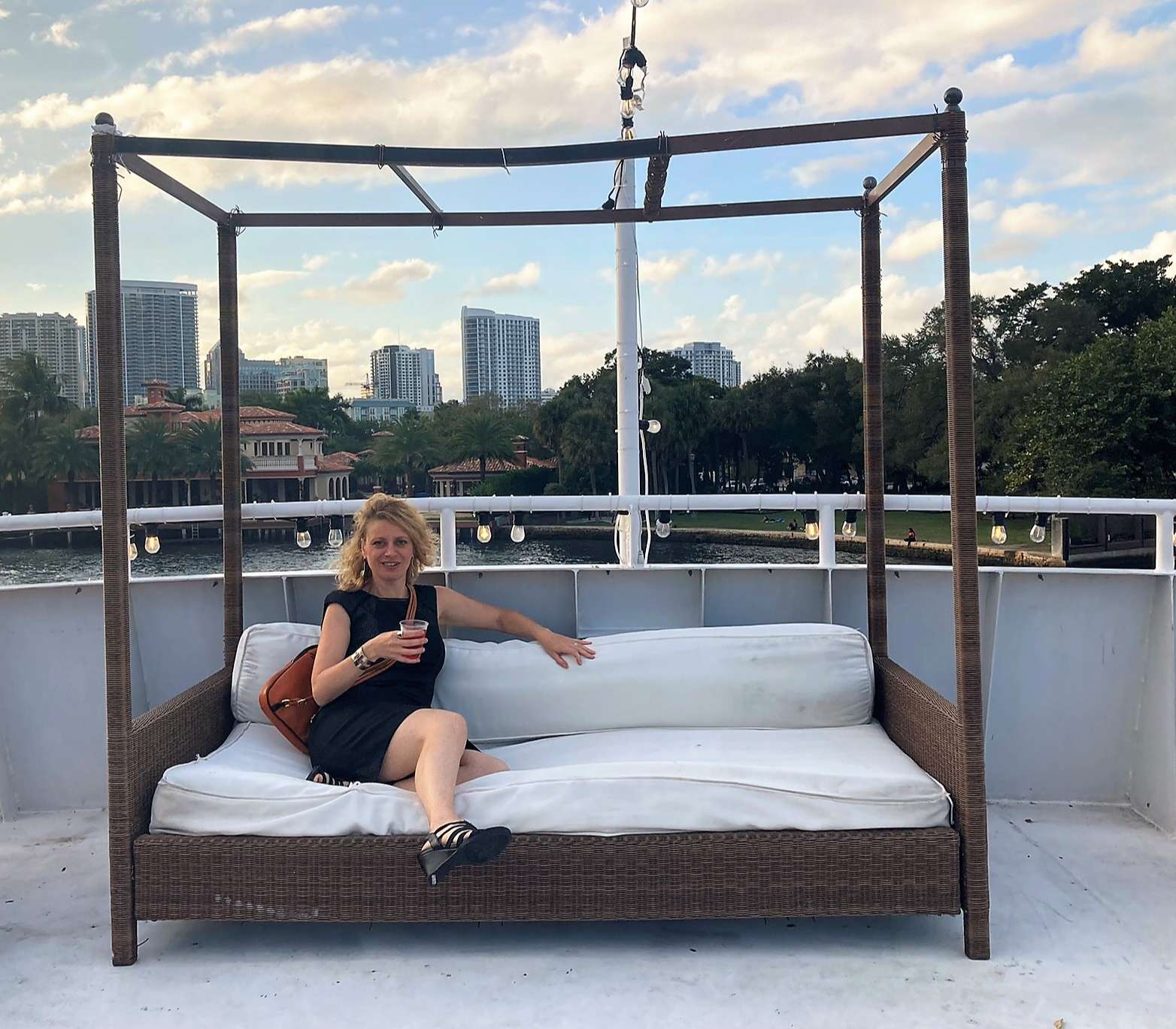 When to do it?

Anyway, so the yachts regardless, they’re both pretty much covered the same thing. They have dance floors, it’s outdoors and then the eating area is enclosed. They normally leave at like four pm and come back around eight. You could definitely do an afternoon and come back around four or five, but I definitely recommend the sunset time. So we left around four o’clock. 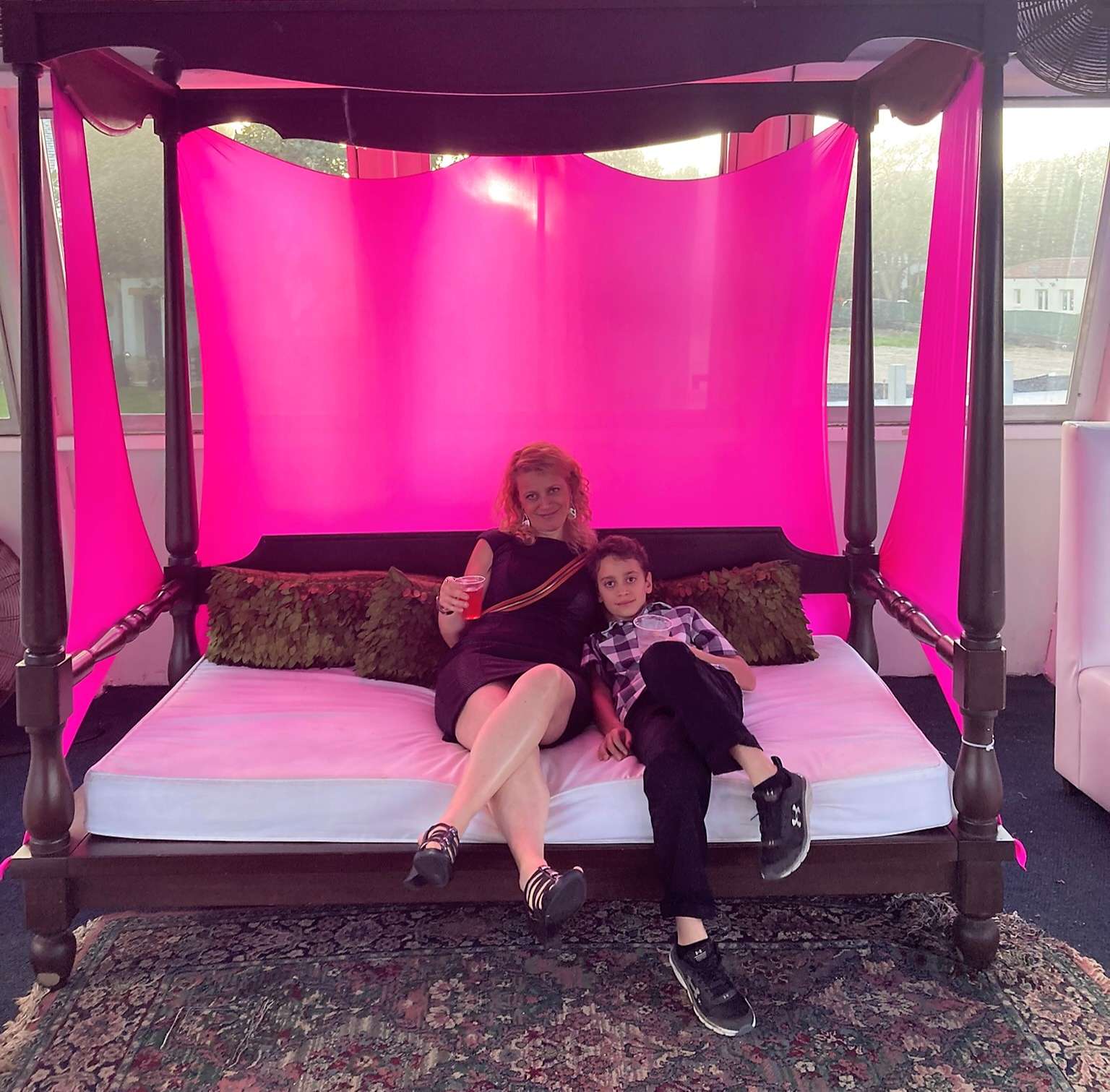 What they do is they take you on the Fort Lauderdale canals. I have been to Fort Lauderdale 100 times. I’ve been mainly to the beach. I’ve heard of these canals, I’ve driven through the canals, but I’ve never actually been on the canals. So they take the yacht around these canals and the canals, go around these unbelievably beautiful homes, Beautiful properties, beautiful green areas, it is just so much fun. It’s such an experience.

Look, if you cannot afford to rent out a yacht, there are many yachts or canal cruises that you could do for like $75 per person, which is not expensive, and it is definitely worth the money. So two options. You can certainly rent and have a really cool place, and you’ll be surprised. It’s not as expensive as you think, or if you just want to do the canal cruise or tour, there are many options for that. 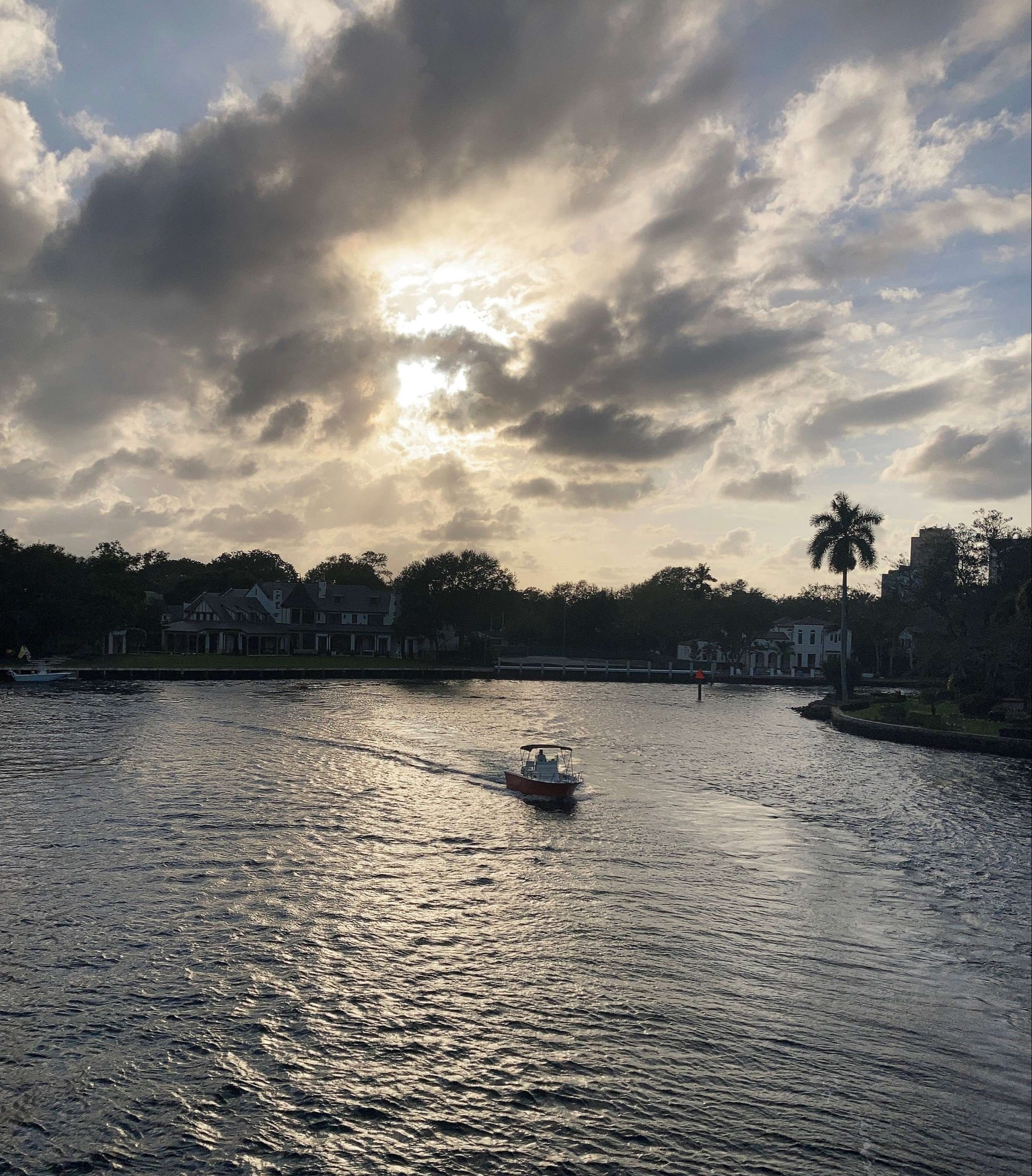 If you guys are interested in something like that, you could do it, you could check those kinds of opportunities anywhere you live where there is water, and you’ll be surprised it’s not as expensive as people think the word “yacht” definitely puts extra dollars signs to it. But a lot of times if you don’t find out, you might not know that it’s a better deal than just renting out another banquet hall or a restaurant. 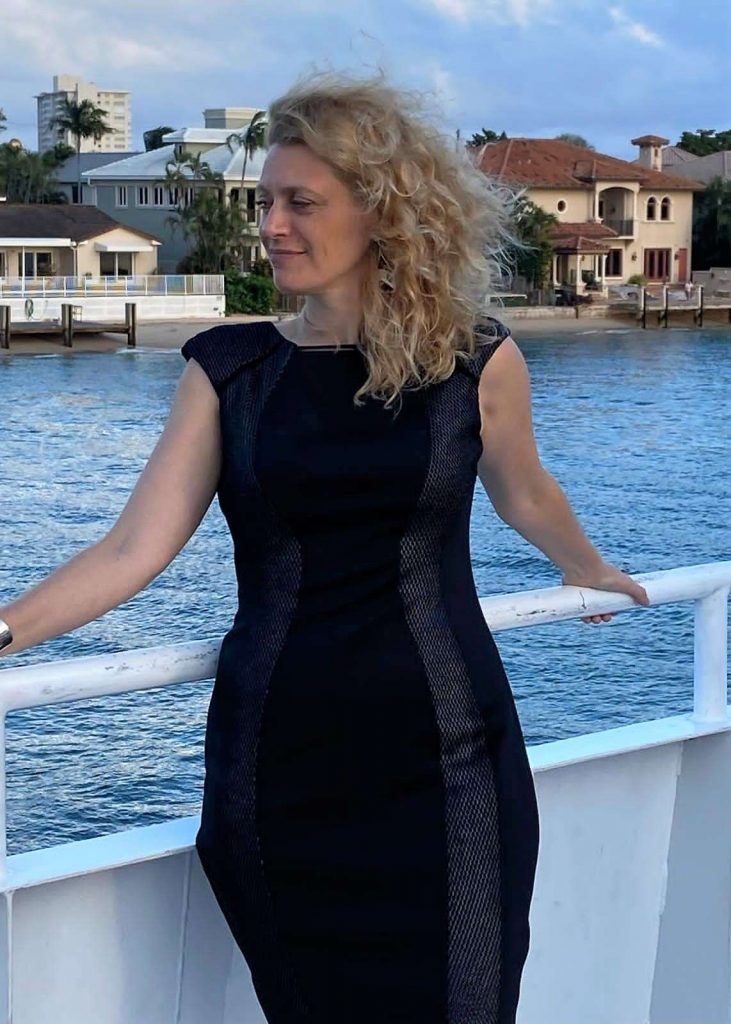