Road Trip to 3 of the Best Football Stadiums in UK 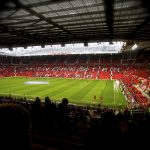 One of the biggest passions for my two sons is Football. So I’m always searching for fun places to visit where we can include Football in some way. How much fun a football lover can have while going on a family road trip, moving from one stadium to the other.

The UK is famous among travelers for tons of things: it is a country with such a rich history that you would need months to fully explore it. At the same time, it has modern cities that offer all sorts of attractions. But on top of all that, one of the other aspects that makes the UK popular are their Football clubs. They are known as some of the best road trips in the world.

This got me thinking, how could it be to go on a road trip around the UK, going from one large stadium to the other and exploring the cities they are in?

So I created an itinerary that I bet most people will enjoy.

UK Road Trip to 3 of the Best Football Stadiums

I don’t think that London needs an introduction. So I’ll just mention the fact that it is the capital city of the country and one of the most beautiful cities of the British Isles. It would take a really long time to fully explore it but a few of the most interesting places to visit include The British Museum, National Gallery, Natural History Museum, Coca-Cola London Eye, Somerset House and of course the Tower of London.

London is also where the Emirates Stadium is located. The official home of the Arsenal Football Club. A self-guided tour of the stadium is available. It will take you to the most exciting corners of it while you learn about more than 100 years of FC’s history. Probably one of the best stadiums to visit in Europe.

I suggest you do the tour in the morning. That way you can have lunch when you are done and hop into your car to head over to Manchester, remember to make sure your car is ready for a road trip, that way you can stay safe.

Recommended Read: How to Stay Safe on a Road Trip in 2022

The drive from London to Manchester takes about four hours through M1 and M6. So you will be there as the sunsets. One thing I love about Britain is its size. Everything is driveable within several hours.

Manchester is a city in the North-Western side of England. Some locals refer to it as “The Capital of the North”. It is also the second most visited city in the country after London, and for good reason. It has many gorgeous and historic buildings to visit. A few of the best are the Roman settlement of Castle field, the University of Manchester (where the first computer was built), its cathedral, town hall (a gothic masterpiece), and of course Old Trafford Stadium.

Manchester United is one of the most successful football clubs in the country and well known around the world. They were the first ones to become a European champion in 1968. There is also a rivalry between them and Liverpool FC.

The tour is 80 min long and can be done as early as 9:40 am every day of the week except on match days. It allows you to learn everything about the history of this club.

The ride from Manchester to Liverpool is about 1 hour, and you have to go through M62 and E Lancashire Rd/A580.

This is a city of contrasts, with its great cultural heritage that comes from centuries ago and its modern buildings. This is also the birthplace of The Beatles. Plus, a YouGov poll voted Liverpool the friendliest city in the UK in 2015.

A few of the things you can’t miss when you visit it are The oldest Chinatown in Europe, Pier Head Waterfront (UNESCO World Heritage site since 2004), Canning (the Georgian quarter), The Beatles Story Museum, and the Liverpool Philharmonic Orchestra Hall.

Liverpool FC has won eighteen English championships and a British record five European Cups. Making it one of the most successful European clubs. Anfield Stadium is their home.

You can go on a tour of it where a guide takes you through the history of this wonderful club.

I would recommend spending anywhere from three days to a week in each city to truly enjoy what it has to offer.

* This post was done in partnership with Alamo, but all opinions are my own.