My kids are growing up in Central America where football (soccer) rules over any other sports event. Even though in Nicaragua (almost a neighboring country) the national sport is baseball, you barely hear about it. And you definitely don’t have any stadiums where it is played and considered as a religious, fanatical event like in the US. So I wanted to experience baseball in a big way, so we head to Boston, and I learned so many fun facts about Fenway Park, here’s my full review and visit. 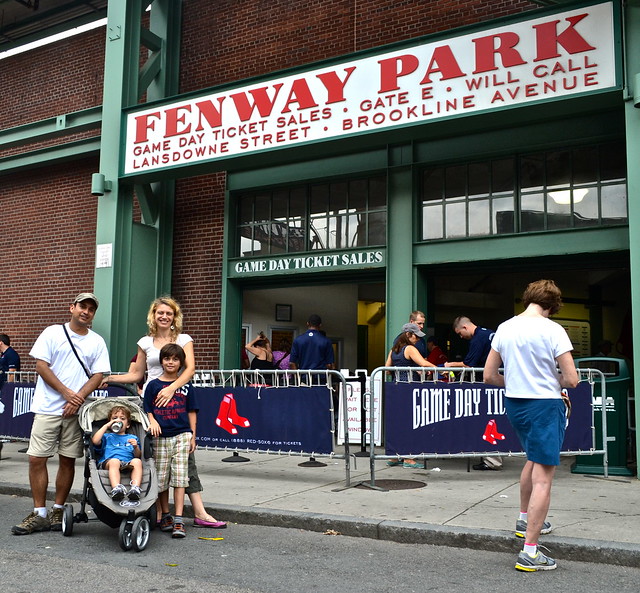 Fenway Park In Boston is much more than just a Stadium

Gratefully, the stadium itself is a destination full of history and excitement. 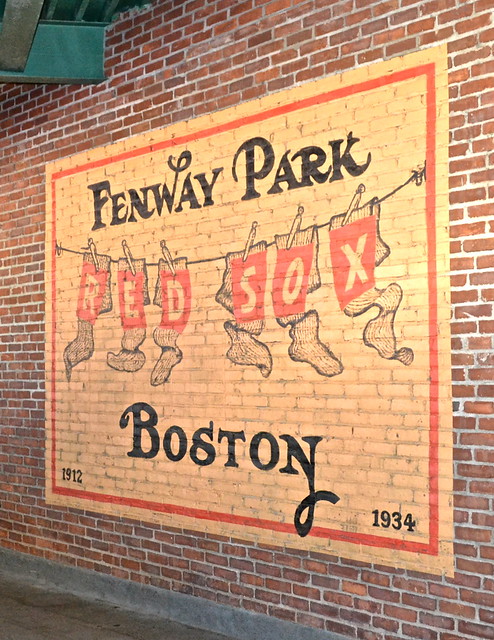 We did manage to get a full fifteen minutes out of the kids with promises to buy them a baseball.

But I, too, got to enjoy my time of checking out the place and getting up close to the field. 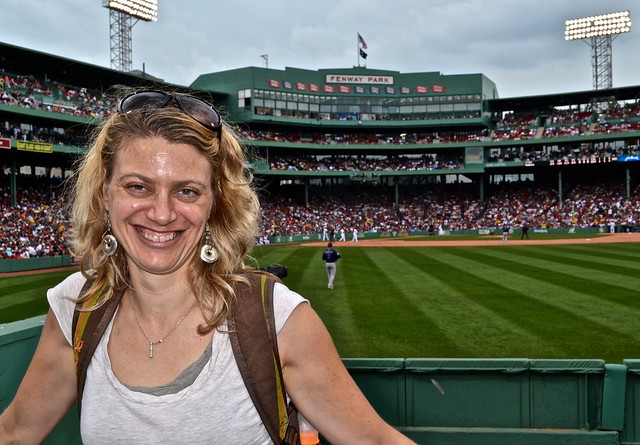 Nothing Like Hot Dogs in Boston After a Baseball Game

So what do you do after a baseball game or a partial one? You get some serious dogs to fill your belly. And my bro took us to the most popular hot dog joint in town: Spike’s Junkyard Dogs!

This restaurant serves up some pretty mean dogs.

It’s hall of fame wall shows how people snarf down up to eleven in one seating.

Anything over one hot dog is too much, but when you see photos of people proud of their seven to eleven hot dogs, you really gotta wonder ‘what were they thinking‘!

When we were planning our trip to Boston, my brother said we have to visit Fenway Park and see a Red Sox Baseball game.

I am way too easy to convince when it comes to a new experience and was totally into it.

I did warn my brother:

1. We are not baseball fans.

2. Everyone knows that baseball is without a doubt one of the most boring sports events to watch (almost as big of a yawner as watching golf). This is from an adult standpoint, imagine a three-year-old.

3. If we last fifteen minutes, that would be a huge surprise.

He, too, is quite easy and said, it’s really all about the initial experience. Visiting the oldest baseball stadium in use in the United States is a real treat. And at the end of the day, we can say our kids had been to a baseball game and cross that off the list.

Oh, and for my husband too, he’s never been to a baseball game either.

Living in NYC, I’ve done my share of going to the Mets and Yankees games, which by the way, Yankees are the Red Sox’s arch enemies. You can almost get stoned to death just by uttering that word out loud.

Pitfalls of Traveling with Little Kids To Fenway Park

The game was scheduled to start at 4 pm. This gave us the full morning and a tiny portion of the afternoon to explore.

On our second day in Boston and I was feeling a bit too optimistic and wanted to see a lot in our free time. Of course, this led to two very tired little men who insisted on coming home for a short rest.

This resulted in us taking the T (Metro) too late with hundreds of people boarding at the same time. And missing the open ceremony. 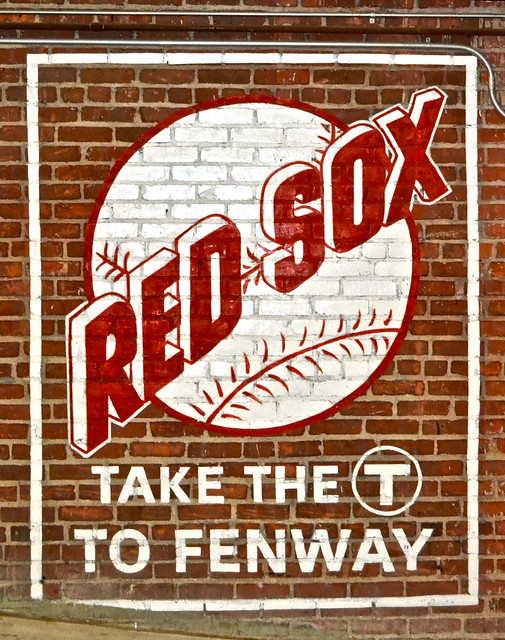 The whole reason we were going in the first place.

5 thoughts on “Fenway Park Fun Facts: A Baseball Game In Boston With Kids”