San Francisco is a very popular tourist location and the cultural and financial center of Northern California, one of the main reasons to visit Cal. It is called Bay City because of its prominent Bayside location and, as a form of flattery, is also called Paris of the West. San Francisco is known for its fog, steep rolling hills, beautiful architecture, and landmarks. It is ranked the 2nd most walkable city with lots of attractions to explore. If ever in the Bay City, these are the best places to visit in San Francisco. Best places to go to when traveling in San Francisco from the Golden Gate Bridge to The Cable Car Museum. 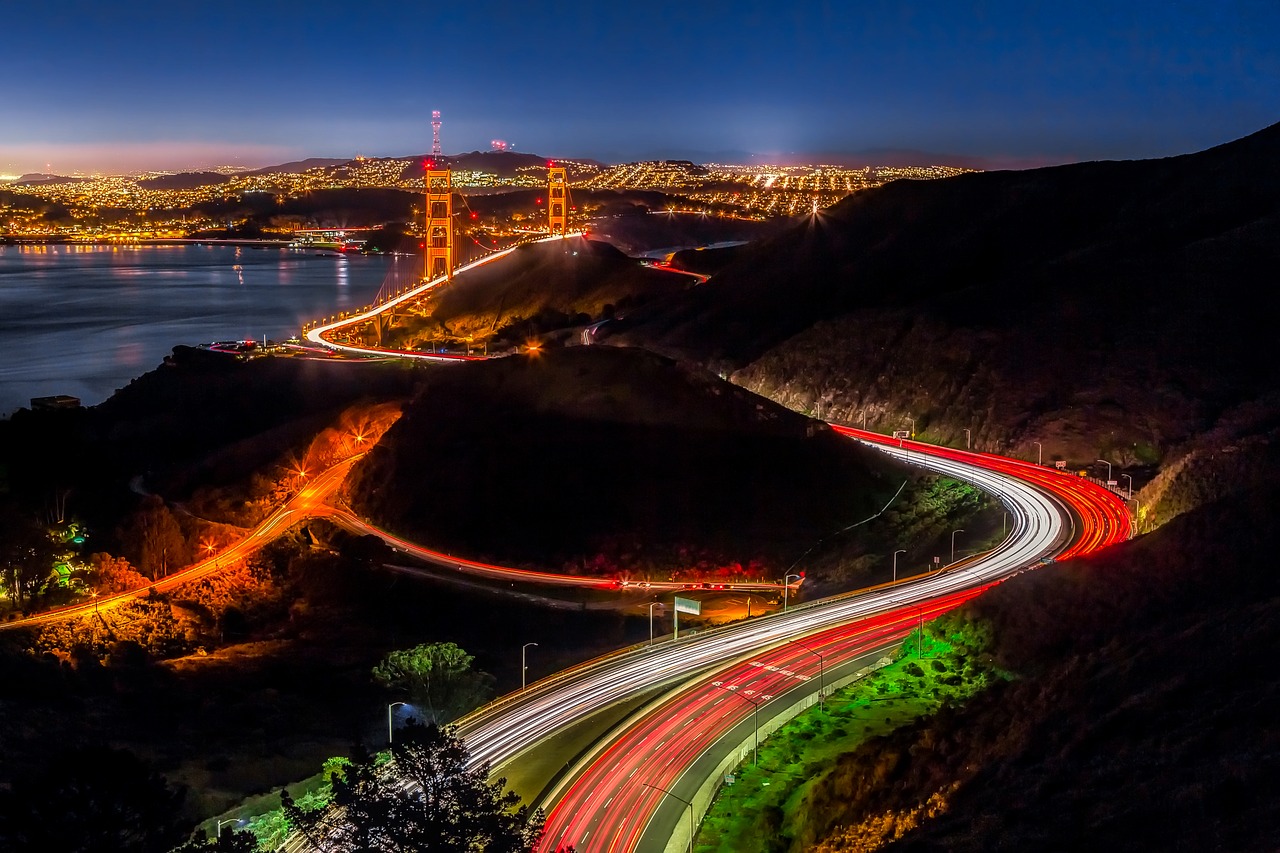 Nestled on the Californian coast, San Francisco is one of the state’s most-visited cities. And there’s no wonder why! This laid-back city is famous for so much stuff. Its tech scene is currently experiencing a boom, and San Francisco has a rich history that visitors can spend days discovering.

Not only that, but once you head out of town, you’ll instantly hit a beautiful natural landscape. There’s so much to do; it can be difficult to fit everything into your itinerary. So to help you out, here are five attractions you have to see during your trip! Five of the top San Francisco attractions that everyone should take time to visit while in this city.

This is one of the most internationally recognized symbols of San Francisco. Some say it’s one of the Wonders of the Modern World.

This “international orange” colored bridge links San Francisco to Marin County. Because of the fogginess in Bay City, the bridge’s vibrant color enhances its visibility.

You can ride a bike or drive across the bridge, but a lot of people agree that the best way to appreciate this structural giant is on foot, along its sidewalks.

A walk across the bridge takes about 45-60 minutes. The bridge gives a natural vista of San Francisco National Parks. SF Bike Tours has a few options that will give you the best of views on the Golden Gate Bridge.

There is a Welcome Center just before the bridge. This Welcome Center gives the best of San Francisco Tours historical facts and also sells souvenirs.

City Guides give you a more detailed tour of the Bay City’s pride. Exploring this beautiful bridge is a necessity if you’re ever in the Paris of the West.

San Francisco is said to have a park within a 10-minute walk of every residence, but the Golden Gate Park is the largest and most recognized park in the city.

This rectangular-shaped park is 20 percent larger than the internationally recognized Central Park of New York.

The oldest building in this park is the world’s largest conservatory which boasts of a potted plants’ gallery, highlands, lowlands, and aquatic gallery.

The park also houses De Young Museum which showcases 17th-20th century art, and the California Academy of Sciences which has an aquarium, planetarium, and national history museum.

From the splashing penguins in one hall to the wildflowers on the roof and the coral reef ecosystem, the California Academy of Sciences is a place to stop by.

You can always drive to the park, but it is advisable to go by public transport as the park may be a bit hidden to non-residents.

This neighborhood in San Francisco is a very popular tourist attraction. The area covers the northern waterfront of San Francisco and is home to the famous PIER 39, Ghirardelli Square, Anchorage Square, the National Maritime Museum, and Historic Hyde Street pier.

There are beautiful views that can take your breath away and interesting boat cruises to the popular Alcatraz Island from the wharf.

Don’t forget to check out the seafood restaurants for lovers of all kinds of fish and seafood in this area.

This is a small island located in San Francisco Bay. It had the first lighthouse in Western United States and was later developed to be a prison. It housed some Native Americans who engaged in public protests and activism.

The famous Al Capone and George Kelly were once inmates in this Island prison. It was closed because of the increasing cost of maintenance, and San Franciscans were already protesting against the pollution caused by the release of sewage into San Francisco Bay by the inmates.

It is currently one of the most popular tourist attractions in the Bay Area because of its history.

A visit to Alcatraz Island includes a tour of the cell house where the prisoners lived. This tour gives a personal experience of the sights and sounds of a prison inmate.

The Alcatraz cruises are the official ferry providers from Pier 33 at Fisherman’s Wharf to the Island and back. The ferry cruises take a little under 15 minutes. It’s a historic landmark worth visiting.

This internationally recognized museum houses over 33,000 paintings, sculpture, photography, design, and media arts from artists like Nicholas Nixon and Cry Twombly, and it is one of the largest museums in the United States. There is a garden at the rooftop of the SFMOMA which also serves as a gallery to the museum.

Inside this renowned architectural design is, In Situ, a restaurant managed by award-winning Chef Corey Lee who makes signature dishes from other restaurants around the world.

If you want to see amazing views of the bay, head down to Pier 39. When you stand on this historic pier, you’ll be able to see Alcatraz, Angel Island, and the Golden Gate Bridge. This bustling pier is lined with many different shops and restaurants. You’ll find lots of eateries serving up San Francisco’s famous chowder bread bowls. There are lots of recommendations for bread bowls online: thrillist.com/eat/san-francisco/best-clam-chowder-bread-bowls-in-sf. Pier 39 is an excellent melting pot of entertainment, and you’ll also be able to see some of San Francisco’s most famous residents – the sea lions!

Recommended Read: Things to do with family San Francisco

The museum contains cable cars dating as far back as the 1870s. There is also a cable car there which stands as the only surviving car from the first cable car company. The museum is a part of the complex where San Francisco Cable Car Depot is located.

This area, however, is not accessible to visitors. The Cable Car Power House is also located there and can be viewed from two overlook galleries.

A visit to The Cable Car Museum gives one a better understanding of how cable cars work. The museum is easily accessible, and the entrance is free.

There are so many more places to visit in this beautiful city like Chinatown, Dolores Park, San Francisco Zoo and so much more. The city is indeed welcoming to tourists, so be sure to catch as many San Franciscan vibes as possible while visiting these places.