If you go hiking in the northern jungle of Guatemala, you will be able to see and or listen to tons of monkeys playing over your head. A few monkey species make this place their home, including this monkey, that’s why I have gathered here the most interesting facts about White-Faced Capuchin Monkey.

White-Faced Capuchin Monkeys are small and inquisitive new world monkeys, and the easiest to observe in the wild. They are always around, jumping from tree to tree. All you need to do is lookup.

Among all the animals in Guatemala, you can see them in forests along the Atlantic Coast and the Northern area of Peten. There are also populations of these monkeys in Honduras and Costa Rica. 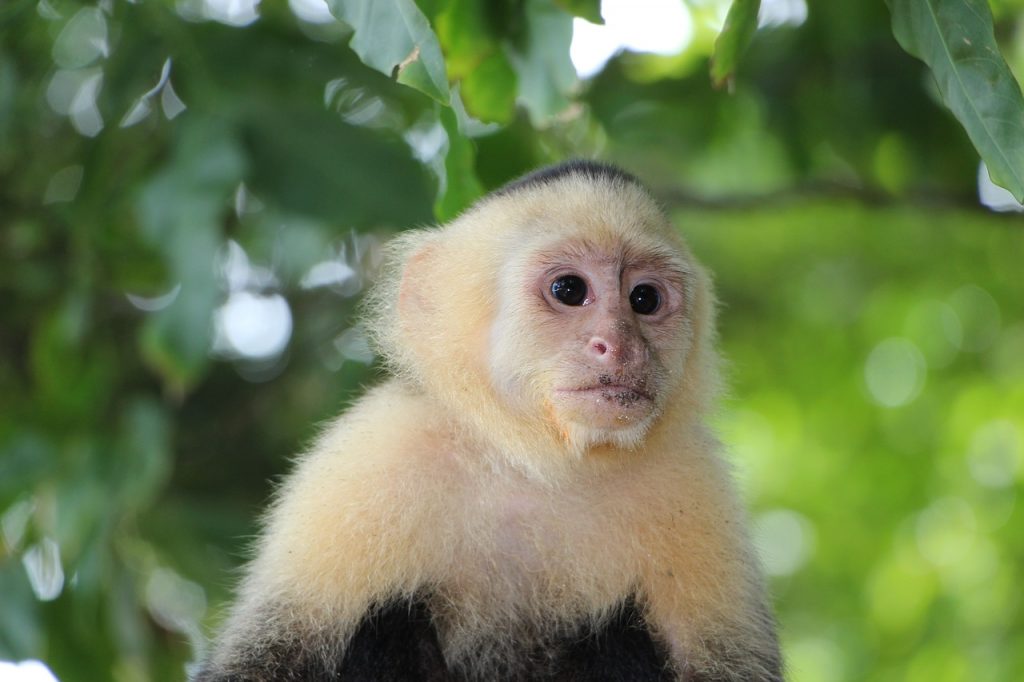 Here are some things you probably didn’t know about them:

1. They are arboreal and omnivorous. You will always see them traveling through the trees looking for fruits and insects. It is extremely rare to see one of these monkeys on the floor.

2. The back and top of their head are black, but have creamy white on the sides and belly. The ends of the limbs are also black. The face is white, with the forehead hairs longer.

3. Capuchin monkeys are active in the daytime and live in large groups that can be of 3 to 30 individuals, including at least one male.

4. They frequently groom each other and have complex social lives, with alliances made between different individuals.

5. The groups are not territorial, but can be aggressive to members of other groups. They spend most of their time in the forest canopy and sometimes on the ground.

6. It takes around 2 years before the young Capuchin monkey is independent. After that time, the mother can finally breed again. 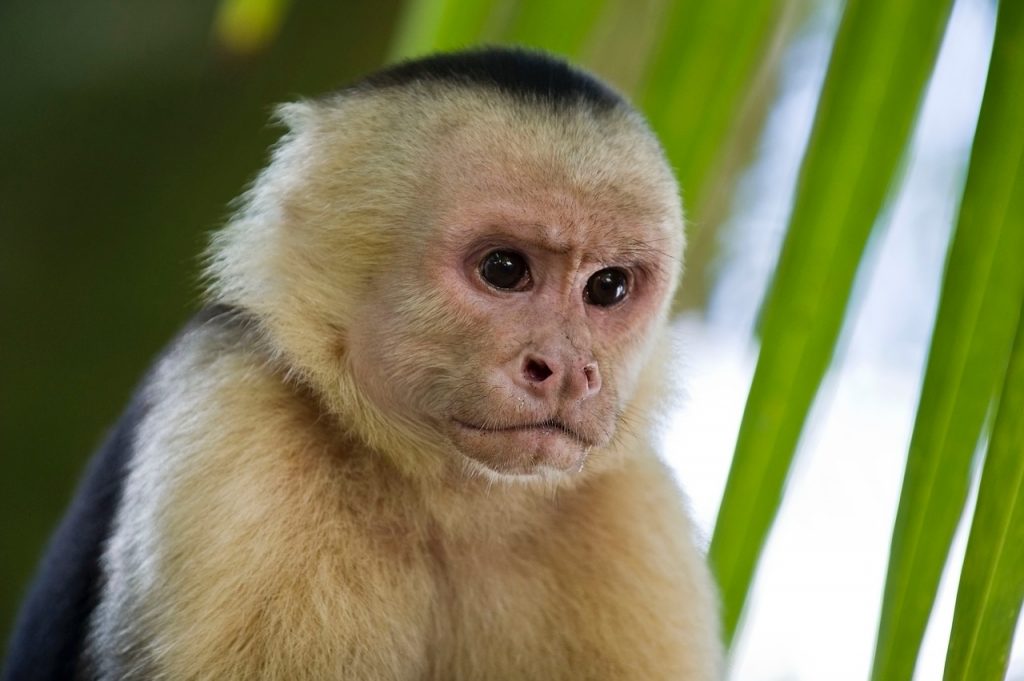 8. These guys are hunted for food and commonly kept as pets and collected in zoos. Most Capuchin in zoos are bred in captivity, few are from the wild.

10. These beautiful mammals can be found in forests and mangroves up to 2,100m elevation. Making Guatemala one of the best places in the world to see wildlife.

11. These little guys were made famous due to their appearances in TV shows like Friends and in movies like Ace Ventura.

12. There are nine known species of Capuchin monkeys.

13. These little guys are extremely intelligent. They have developed techniques to open up hard seeds or shells. They do this with tools like sticks and stones.

14. Capuchin monkeys are on the smaller side of primates. They tend to weigh only from – to 9 pounds, and the larger ones are only around 22 inches in length.

15. Because they like to live in groups, Capuchin tends to be pretty safe, but they do have many predators. Aside from men, snakes like the boa constrictor, jaguars, hawks, and eagles like hunting them.

Have you been able to see one of these cute guys while traveling in Central America? I’ve been lucky enough to see them in Laguna Lachua and in Tikal National Park. 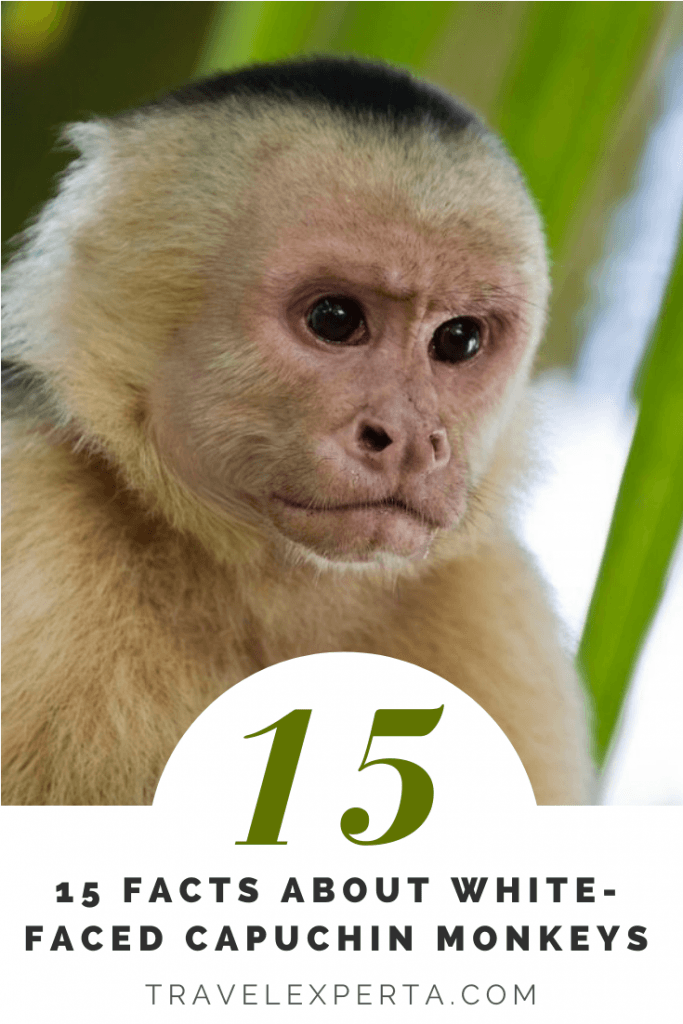