When we think of bats, the first thing that comes to our mind is an image from Hollywood’s monsters. But the real vampires are a lot different and have nothing to do with Dracula. Vampire Bats live in a range that covers Mexico, Central America, and part of South America. In Guatemala it is commonly found in the tropics, a cave near Lanquin Village is a great spot for them. Here are some revealing facts about vampire bats

You can find them and a huge variety of animals in Guatemala. Making this country a great wildlife location for birding and many other outdoor activities. 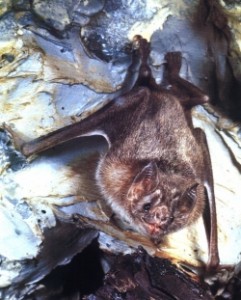 2. Vampire bats feed on the blood of large birds, cattle, horses, pigs, dogs, and many other animals including humans. However, they don’t suck the blood directly from their “victims”. They let it flow from the wound first before lapping it up.

3. In the wild, they live about 9 years and nearly 20 in captivity.

4. The vampire bat is one of the few known bats capable of walking, jumping, and hopping. This is accomplished by folding its wings in such a way that the animal literally walks on its thumbs. This behavior is important because it allows the bat to maneuver on the ground and climb on its host.

6. These nocturnal mammals don’t remove enough blood to harm their host, but their bites can cause nasty infections and diseases. Despite being nocturnal animals, they aren’t hard to spot for wildlife watching.

7. To control the vampire bats, cattle have been injected with anticoagulants, substances that cause internal bleeding in the feeding bats.