I believe most of us have heard about sloths. They are the little guys that always look sleepy and like to hang out in trees and move as slow as possible. One of the favorites for wildlife viewing, they are so fun to watch. These guys are the champions at saving energy in the animal world, and here are some of the interesting facts about sloths.

They can be found in Southern Central America and in most of South America. Also, among animals in Costa Rica, they can be found in Puerto Viejo, the South Caribbean region, where the only sloth rescue in the world is located. But do we really know their best-kept secrets?

1. Sloths are extremely slow-moving mammals. Actually, they are the world’s slowest mammal, so sedentary that in come cases algae grows on its furry coat.

2. Their hair is grayish brown but, at times, they look grey-green in color because of the tiny camouflaging algae that grow all over their coats.

3. Sloths are omnivores. They may eat insects, small reptiles, and birds, but their most common food consists mostly of buds, tender shoots, and leaves.

4. Altogether, sloths’ bodies usually are anywhere between 50 and 60 cm long. They also have stubby tails, typically 6â€“7 cm long. These guy’s weight can be 8.75 pounds.

5. The average amount of years that sloth live is 20 years. Although there have been 40-year-old sloths.

7. They go to the ground to urinate and defecate about once a week, digging a hole and covering it afterward. They go to the same spot each time and are vulnerable to predation while doing so.

8. Mothers also give birth to their babies upside down. Infant sloths normally cling to their mother’s fur. 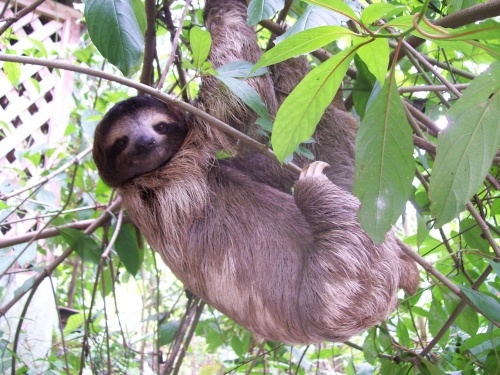 9. Females normally bear one baby every year. But sometimes sloths’ low level of movement actually keep! females from finding males for longer than one year. They also mate while hanging.

10. Sloths have an extra neck vertebra that allows them to turn their heads 270 degrees. That’s why they always look like they are just letting their head hang in weird ways.

11. One of the best places to see sloths in Central America and to learn all about them is by visiting the sloth rescue center of Costa Rica. The only one of its kind.

12. Sloths come in two main kinds, two-toed and three-toed. They are distant cousins, the ones with two toes are nocturnal and the ones with three toes live during the day.

13. The two main kinds of modern sloths are cousins because they come from the same ancestor. They are related to the extinct giant ground sloth. They disappeared 10,000 years ago, but you can still see the full skeleton of one in Guatemala’s Estanzuela museum.

14. Sloths have pretty bad eyesight. Exams have shown that they can’t really distinguish their offspring if they are as far five feet.

15. Want to see a sloth become fast? Make it swim. They are great swimmers, and their wonderful metabolism allows them to be underwater for up to 40 minutes without any trouble. 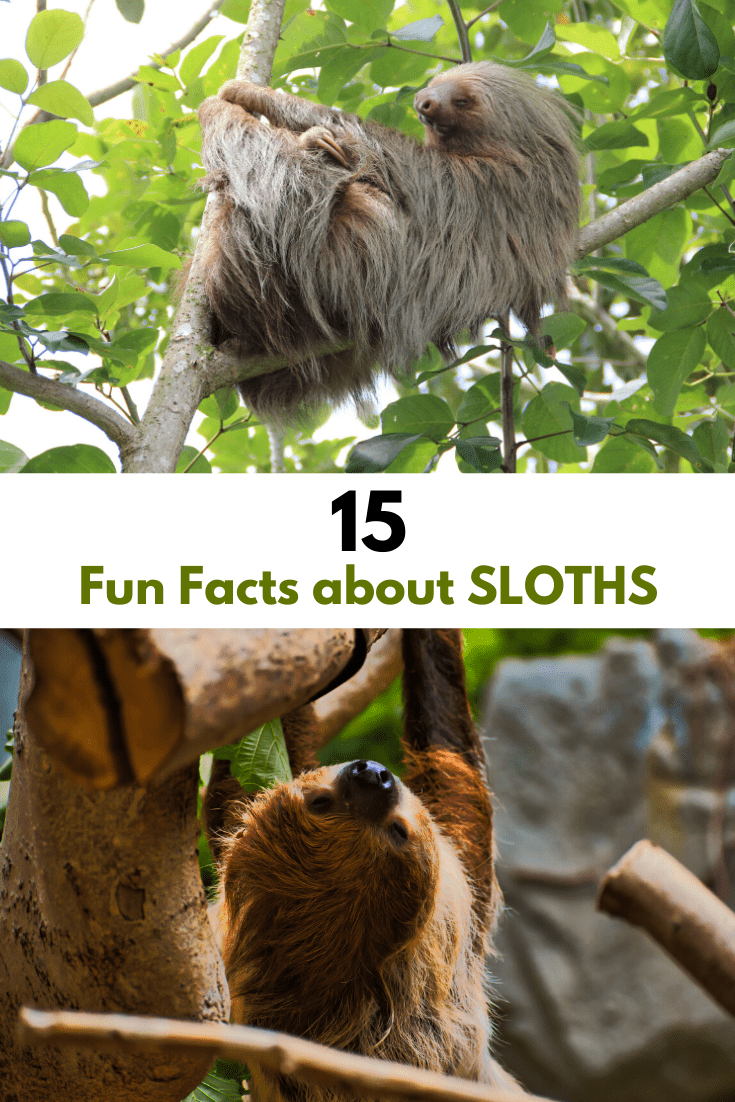