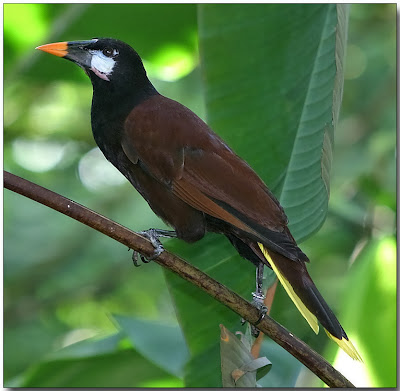 If you are coming to Central America this magnificent bird called Montezuma Oropendola is something you can’t miss, in Guatemala it can only be seen in the northern region of Peten. So why don’t you learn a bit more about them?

Here are some things you might want to know about them:

1. It’s very easy to tell the difference between male and female: the male is 50 cm long and the female is smaller with 38 cm long.

3. It lives in groups and builds a hanging nest of fibers and vines, high in a tree. Each colony has a dominant male, which mates with most of the females.

4. The female lays two dark-spotted white or buff eggs which hatch in 15 days. 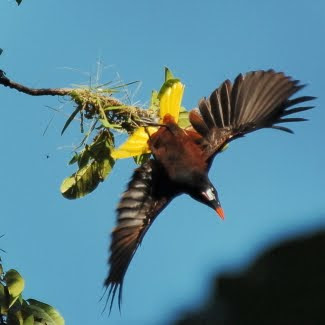 6. The nest are 2-6 ft. long that hang from the branches with many on the same tree.

7. They can only be found in the Caribbean and the lowlands from southeastern Mexico to central Panama.

8. The name of this species commemorates the Aztec emperor Motezuma II.