Even though everyone recognizes a howler monkey by its picture, or is aware of its amazing howl. We really know very little about these unique creatures. That’s why I have gathered some facts about howler monkeys in Costa Rica!

There are many species of Howler Monkeys living in the tropical areas of Latin America. A few of the places where see wildlife and where you can find them while traveling in Central America is the northern area of Guatemala, in fact, you can see and listen to them while touring Tikal National Park. The Nicoya Peninsula and Corcovado National Park of Costa Rica are also hosts of a lot of Howler Monkeys, a great place for wildlife viewing.

Following are some fast facts to help you connect better with it. And if you’re visiting to see some of the animals in Costa Rica, chances are, you will not only connect with it through paper, but up close and personal! 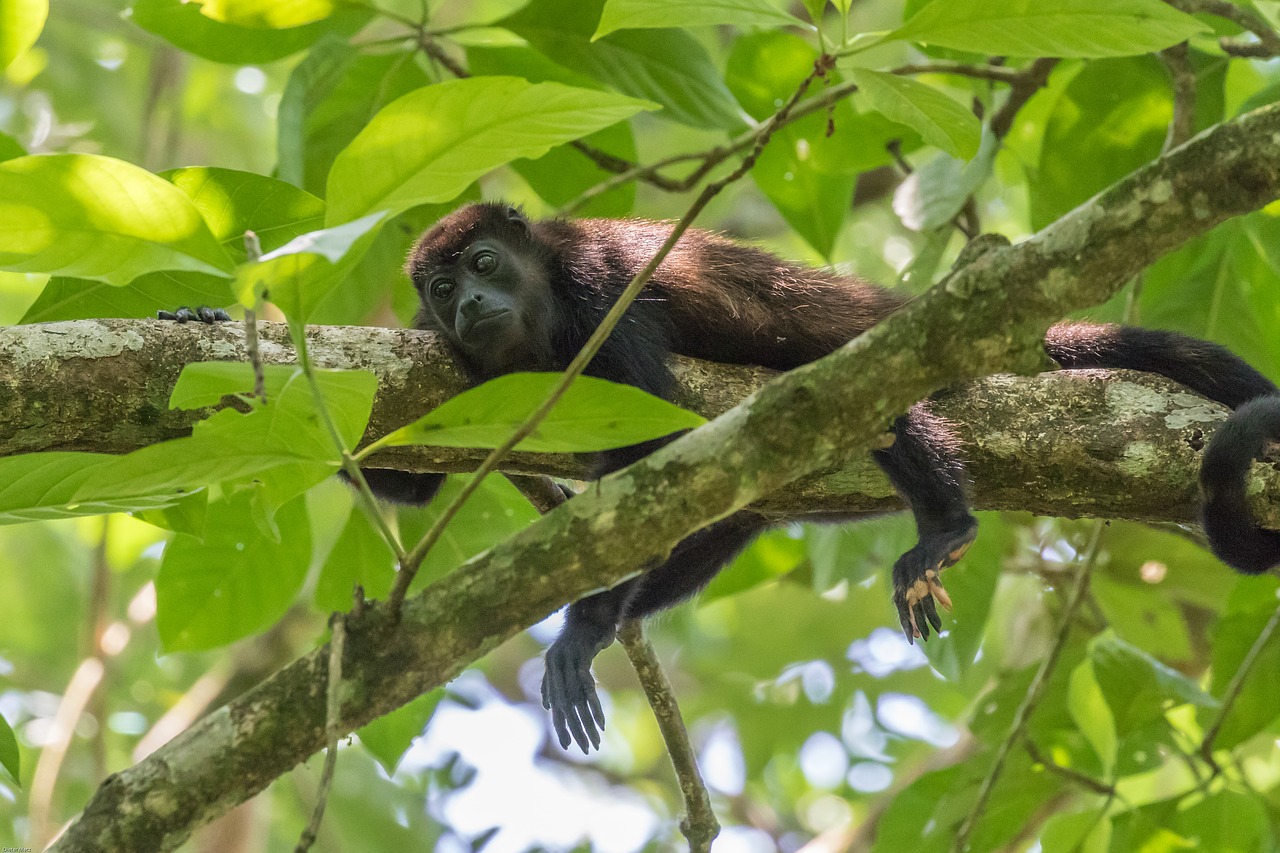 4. These monkeys can grow as long as 92 cm, which is without counting their long tails, which can grow to an equal size. 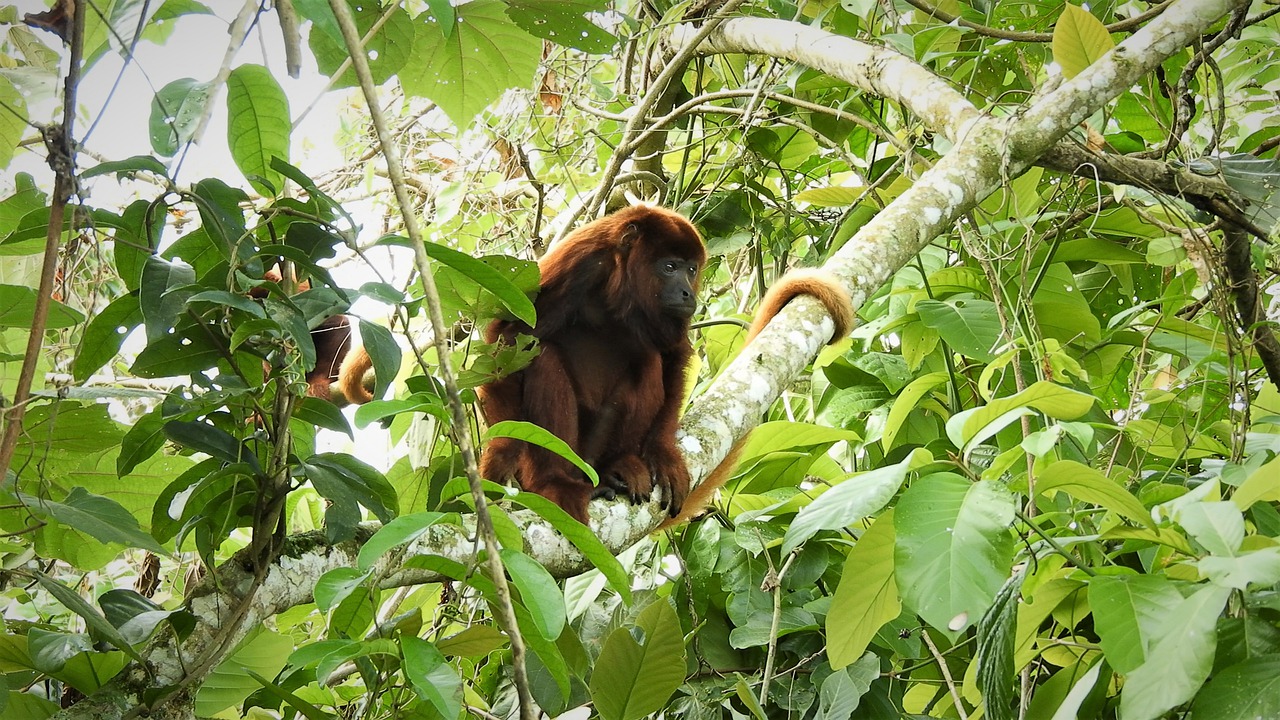 9. The howls usually come at sunrise and sunset. They also tend to howl when there are people nearby, rain, thunders, and when airplanes fly by. You can also listen to a ton of howling when two troops meet.

12. The howler monkey troops are not big, they can range in size from 10-20 individuals, with only 1 to 3 males per group.

15. There is no specific mating season, they will mate all year long as they feel safe and like they have enough food.

Pro Tip: They tend to be relaxed and not to go down to earth, but if they do leave their branches, I advise you not to poke them too much! They can get aggressive if you do, and with that size, they can hurt you. 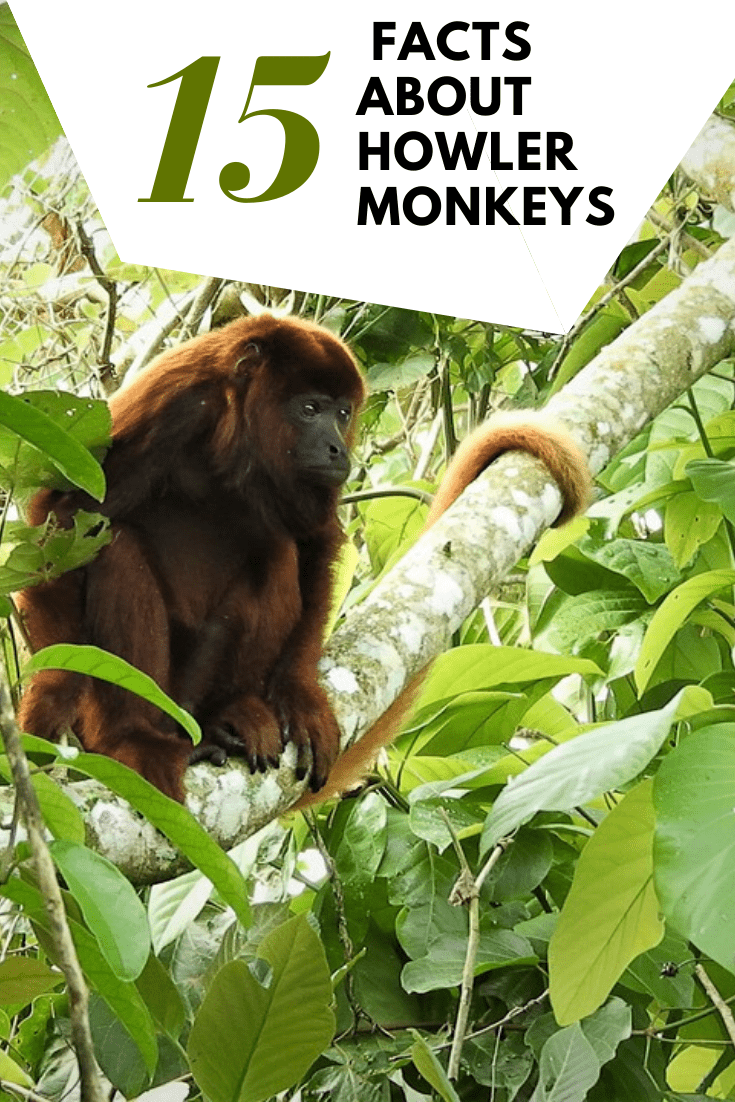